I am new on this forum and don't know how to pm you. I'd like to send this file to a decal producer and ask him to make me a decalset. My first 'serious' road bike was an Alimo 600EX/AE (this was also on the top tube). I was lucky to have a dura ace crankset on my bike which gave me a real pro feeling.
I found a frameset that resembles my Alimo, so a new project has started, building my old bike again.

It's really quite a good bike for that 2nd tier level, the equivalent to Ultergra equipped bikes of today. I was always amazed by the low weight, most high end bikes weren't much lighter in the early 80s, usually somewhere between 9-10 Kg.
I don't think that Ishiwata tubing was very well known in Europe or carried the same levels of prestige as Reynolds and Columbus but the 019 grade tubing of the early Alimos was the equivalent in weight to Reynolds 531.
It still feels fast and smooth when I ride it now, I can't wait until I can restore it, should be in spring time when I start. I plan to improve the appearance compared to the original which was crudely restickered on a basic paint job and add a few subtle upgrades, I need some new wheels so I'll get some lightweight ones custom built up, I want to run 28 mm tyres so will fit a wider rim than the original Super Champion Gentleman ones.

I sent you a private message about the stickers


I think the tubing is most likely Ishiwata 019 Chrome Moly judging by the bike's weight.
My Peugeot Perthus was a similar size, had a later Shimano 600 groupset, Reynolds 753 tubing and weighed 21lbs. Columbus Zeta Sounds like it's quite heavy.
Click to expand...

The Ishiwata 019 "Glories Victory" tube set is in the same weight range as 531 Professional and 531 SL! 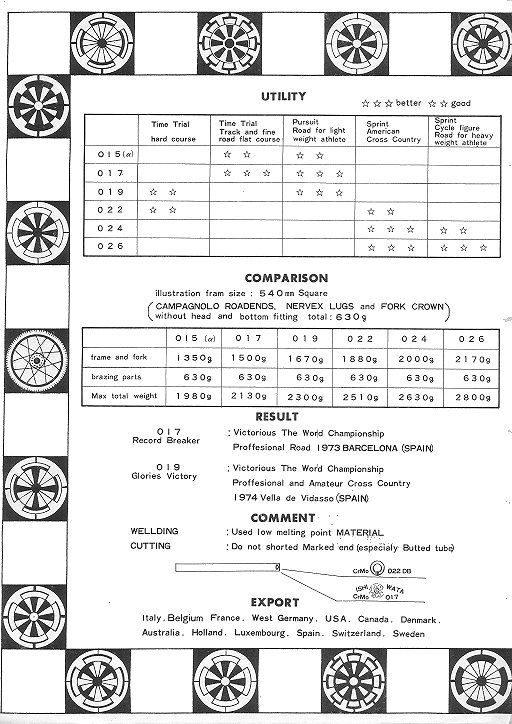 I'm really impressed with their 015 tubeset, that was really light, I haven't seen many frames using it.

Ishiwata
From a rec.bicycles.tech posting by Andrew Muzi:

I am intimately familiar with Ishiwata and its products, having been in the factory a few times, spec'd many bikes with their steel and built with it. I still use Ishiwata tube for frame repair.
The material [022] is virtually identical to Columbus SP/SL/SLX. The top range of tubes were seamless double-butted and the finish quality [as delivered to the builder] was much higher than Columbus. The tubing gauge of the 022 is 0.9/0.6 mm, exactly the same as Columbus SP. It's called "022" because the frame tube set weighs 2.2 kilos. The same material drawn thinner to 0.8/0.5 mm is called "019" because it weighs 1.9 kilos, just like Columbus SL. Many builders, then and now, mix gauges so a small frame might be all 019 but a 56 would have 022 chainstays and downtube for example.
Trek in the late '70s built three racing frames, one with Ishiwata, one Reynolds 531 and one Columbus. Geometry and weight were identical. The prices were unreasonably different because of the cachet of Italian tubing, making the Ishiwata frame the best value. Marketing took over later as the Ishiwata was dropped completely. With the advent of aluminum, the currency crash and the Japanese depression, Ishiwata closed the doors in the early '90s.

I might add these frame tube stickers even though it deviates from the original. There is space for more information and I think the fork looks a bit naked 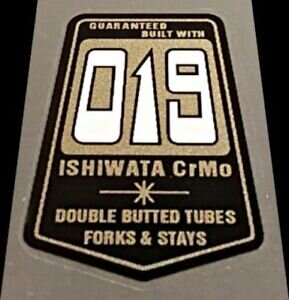 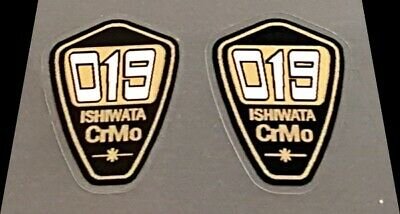 Ishiwata was quite popular with Belgian frame builders, and in the early eighties a lot of blank Belgian frames found their way onto the Dutch market through the network of Wout Verhoeven, the Dutch Campagnolo distributor.

They were bought by his clients, like bike shops that wanted bikes for their house brand, and also by reputable frame builders who wanted to be able to offer a more affordable range of products next to their expensive hand-built bikes. Many a "Dutch" Jan de Reus or Vittorio was actually made in Belgium.

I wouldn't be at all surprised if Alimo used them as well.

My brother informed me that he remembers that our bike had an "ALIMO NUOVO" sticker on the top tube. It sounds like they were all parts bin builds. The above pic confirms that this label wasn't just for the Japanese framed versions.
I also posted some pics of a red framed Alimo with stickers that say "ALIMO 600 AE"

If anyone can share some clear photos of the above sticker versions, I'd really appreciate it, I'll add them to the sticker set. 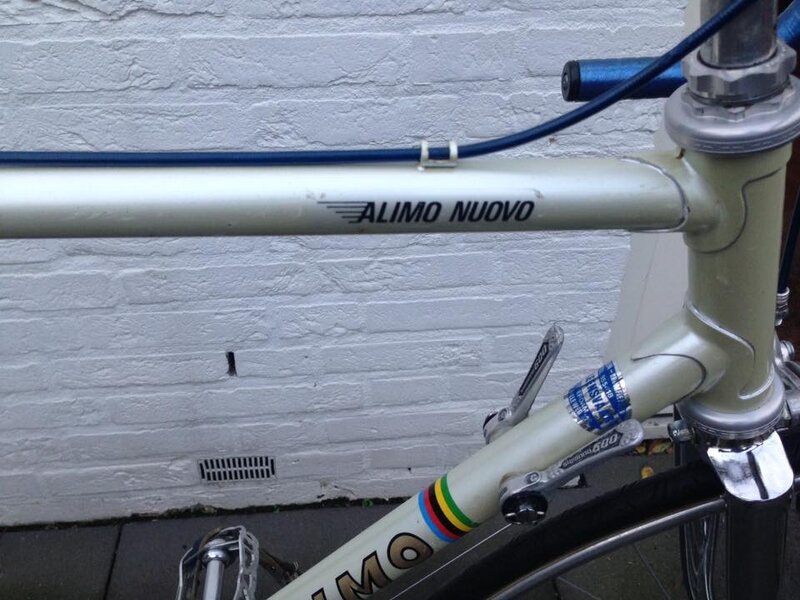 280€ for a Cyclocross Alimo 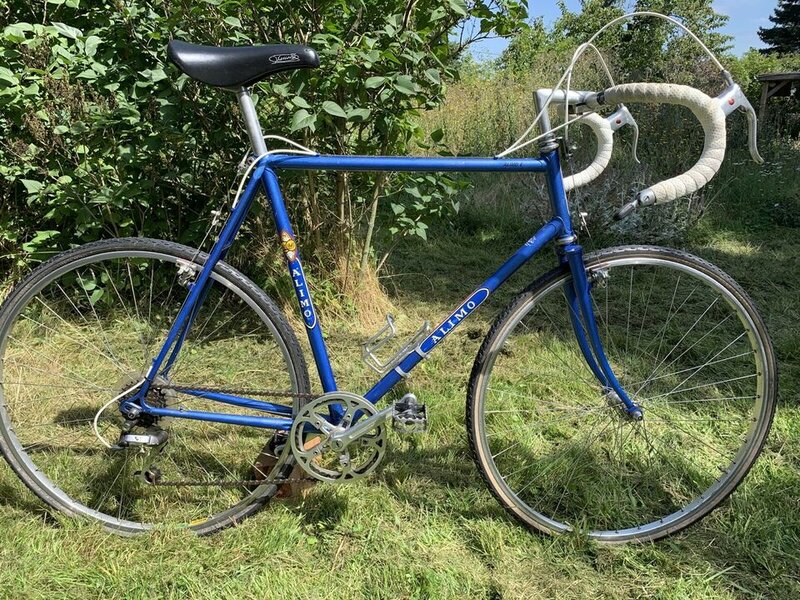 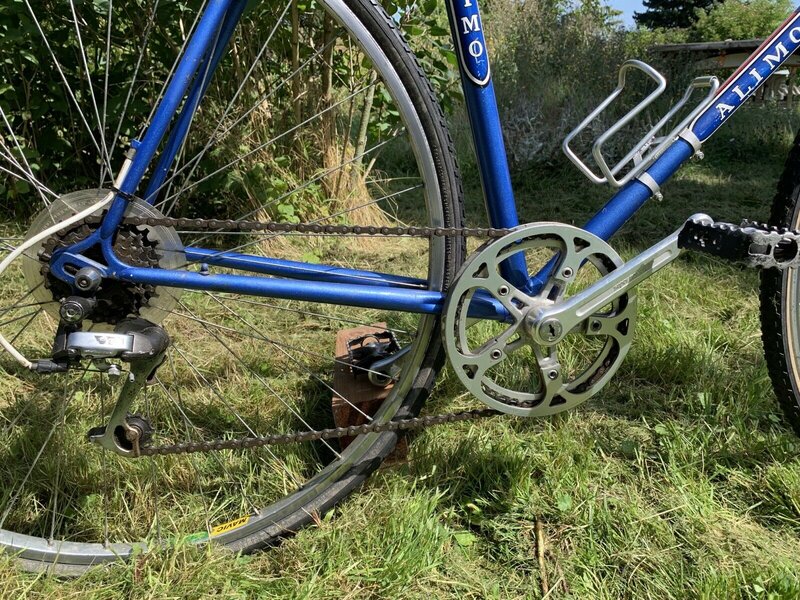 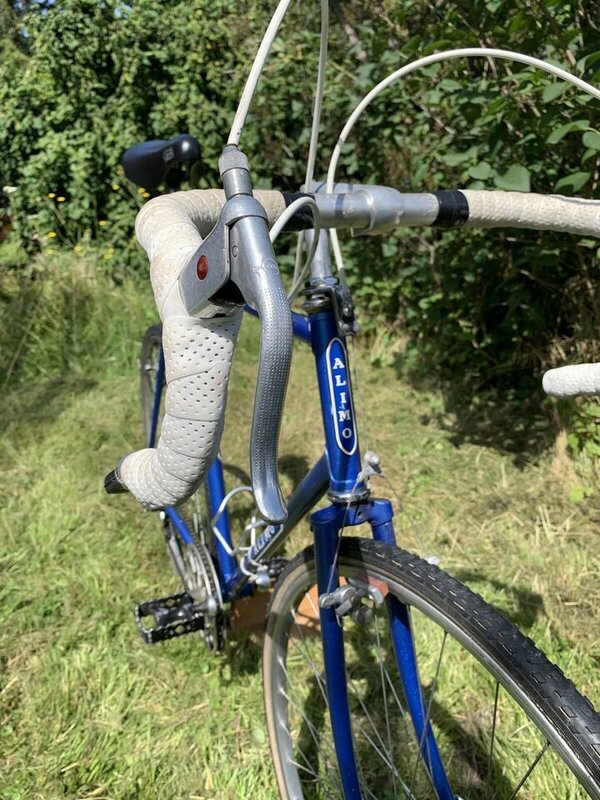 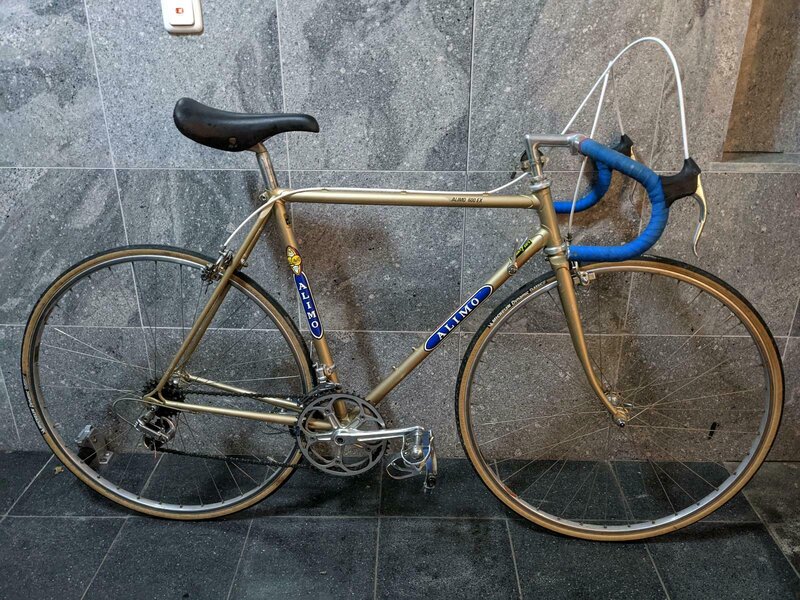 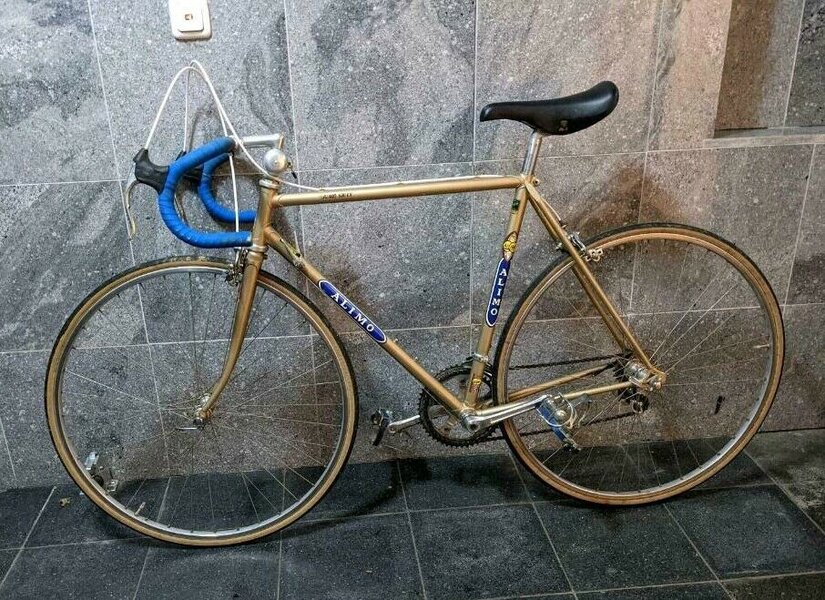 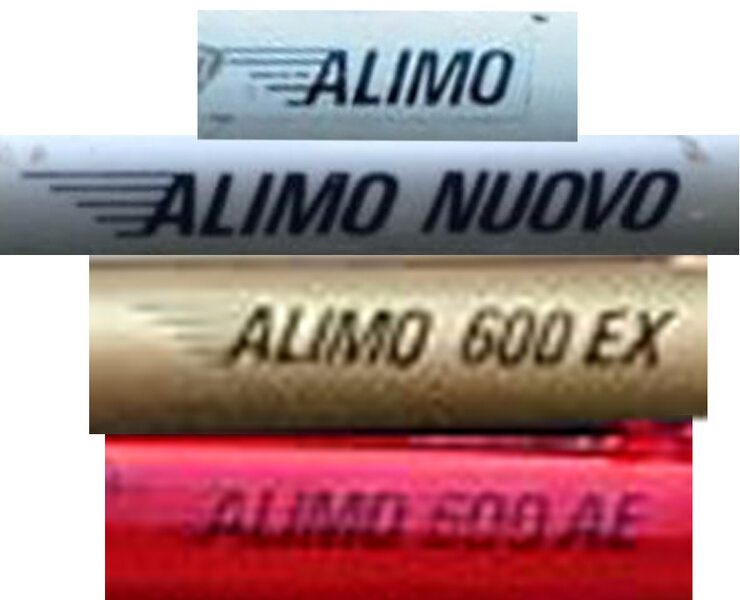 These are the 4 top tube variants that I have found, I'm not sure if there are any more.

I'm in the process of reproducing them but these are the most detailed reference images I could find of each, it's not very easy when they are that pixellated.

The ALIMO NUOVO version looks thicker than the standard ALIMO graphic used by all the others.

The ALIMO 600 AE version doesn't have the "fast" stripes coming off the ALIMO "A" - this seems strange to me but I can't find any other photos to verify. If anyone can clear this up for me that would be really helpful.
You must log in or register to reply here.