Grand Opening of the Marin Museum of Bicycling

For two years Joe Breeze, Otis Guy, Marc Vendetti and Julia Violich have worked on their dream, a museum of bicycling based in Marin County. It was only natural that the Mountain Bike Hall of Fame became part of the project. 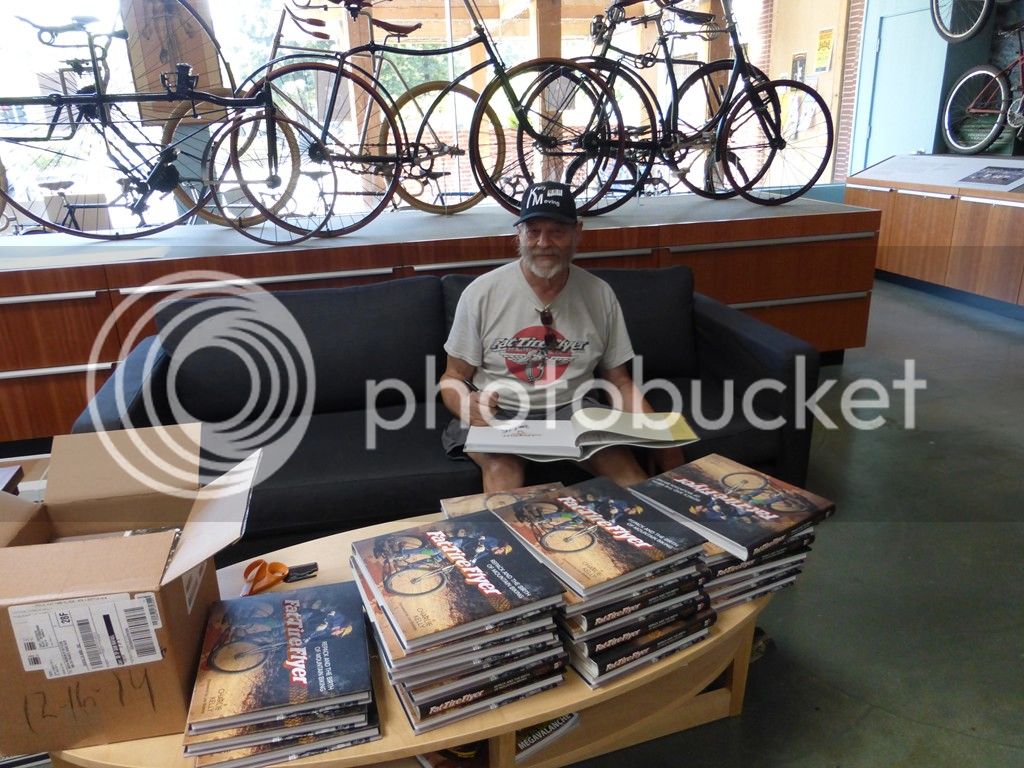 In preparation for the opening, the museum shop ordered five dozen copies of my book, Fat Tire Flyer and I spent a morning signing them,


Two years came to fruition on Saturday, June 6 at the Grand Opening. An invitation only "V.I.P." took place on the previous evening, and somehow I was invited. All sorts of cool people were there, Tom Ritchey, Alan Bonds, Wende Cragg, Steve Potts, Jacquie Phelan and Scot Nicol to name a few familiar to this forum. Chris Chance was overlooked on the invitation list, but i told him to show up and dare somebody to throw him out. No one did, so Chris joined us. 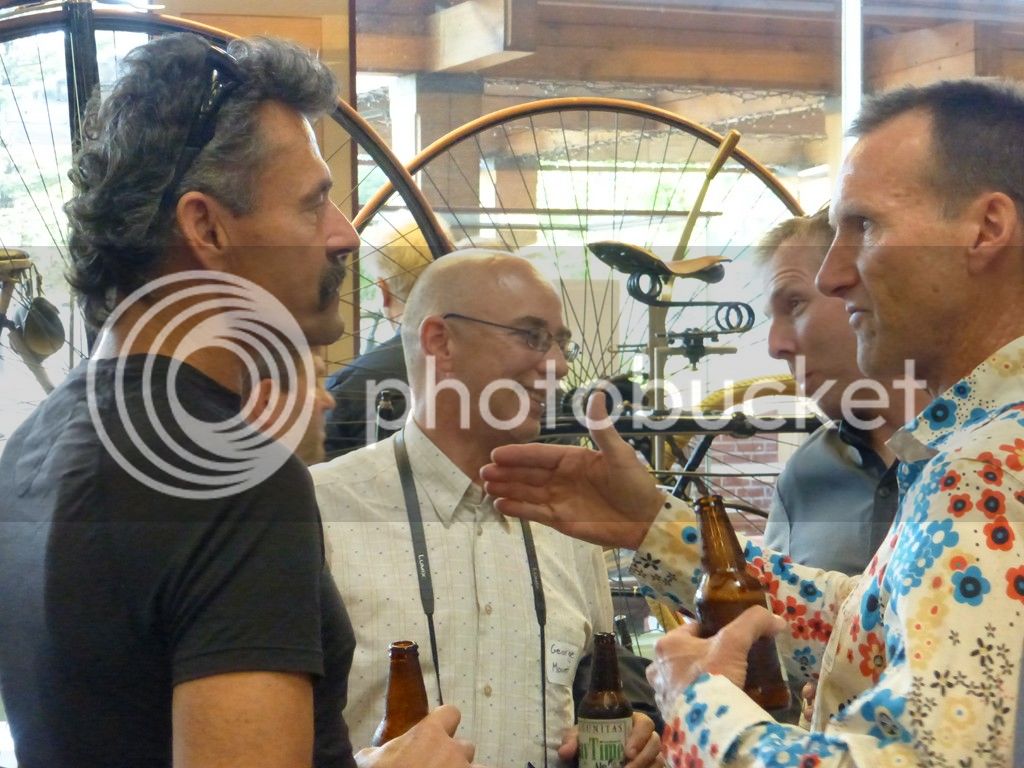 
The next day saw the "official" opening, which went all day and filled the parking lot with overflow from the museum. Hundreds of people showed up and apparently a significant number of them bought my book, because I signed a lot more copies. Even more glitterati showed up to add to the previous evening's list. Denise Caramagno joined us; she was my partner in the original Fat Tire Flyer magazine, and she was the person who coined the immortal phrase, "fat tire flyer." Even Charlie Cunningham made an extremely rare public appearance, a two minute bike ride from his house. The MTB press was represented by Maurice Tierney, publisher of Dirt Rag.

Pix. You want pix. Because mountain bikers don't like to read big words. 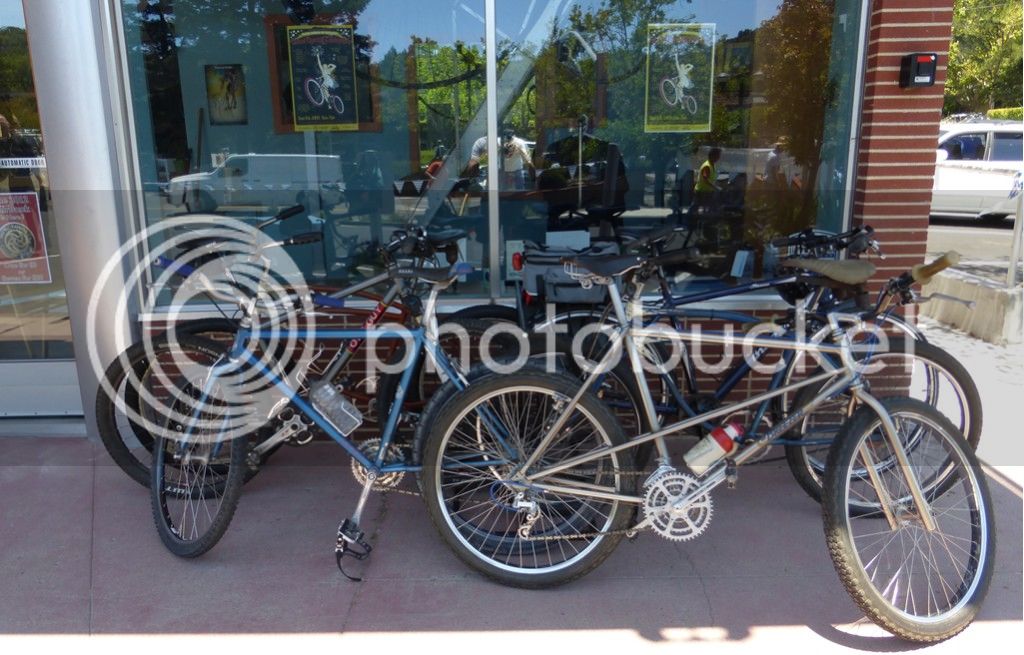 The bike rack in front of the museum held some of the most collectible mountain bikes in the world. Marc Horwtiz's TrailMaster on the left, my Breezer #2 on the right. Clunkers in the back. 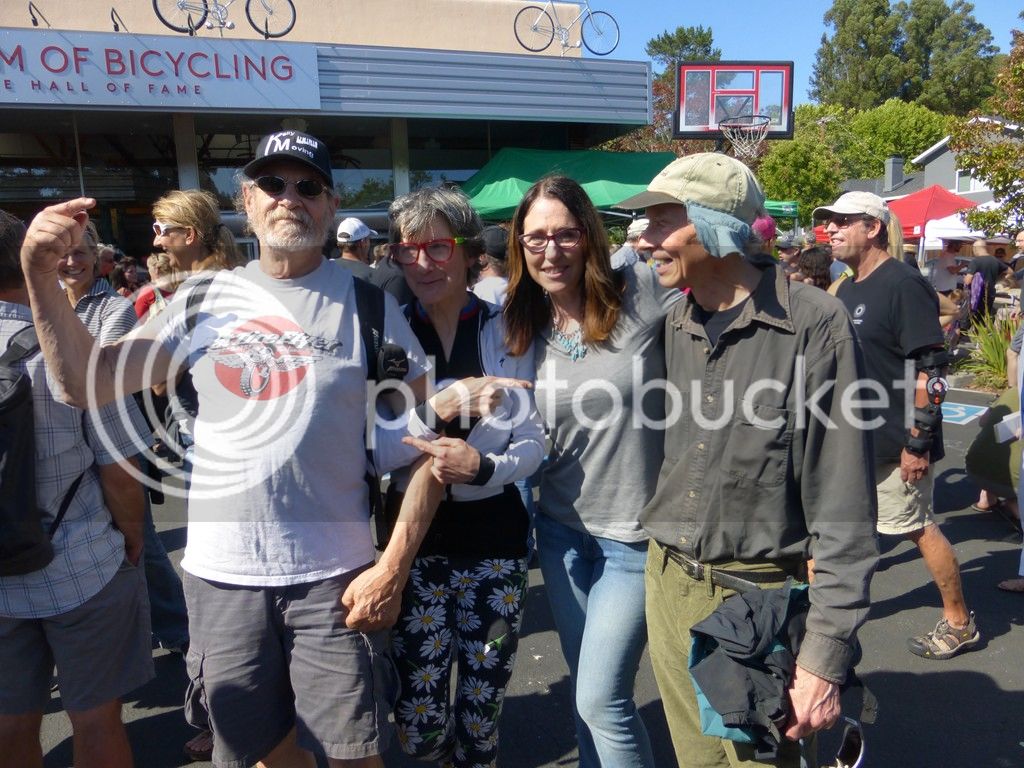 Myself, Jacquie Phelan, Denise Caramagno and Charlie Cunningham. Jacquie tries, unsuccessfully, to dispel the confusion over which guy named Charlie she is actually married to, since she and I are often seen in public, but neither of our spouses is. She is married to the one named Cunningham. 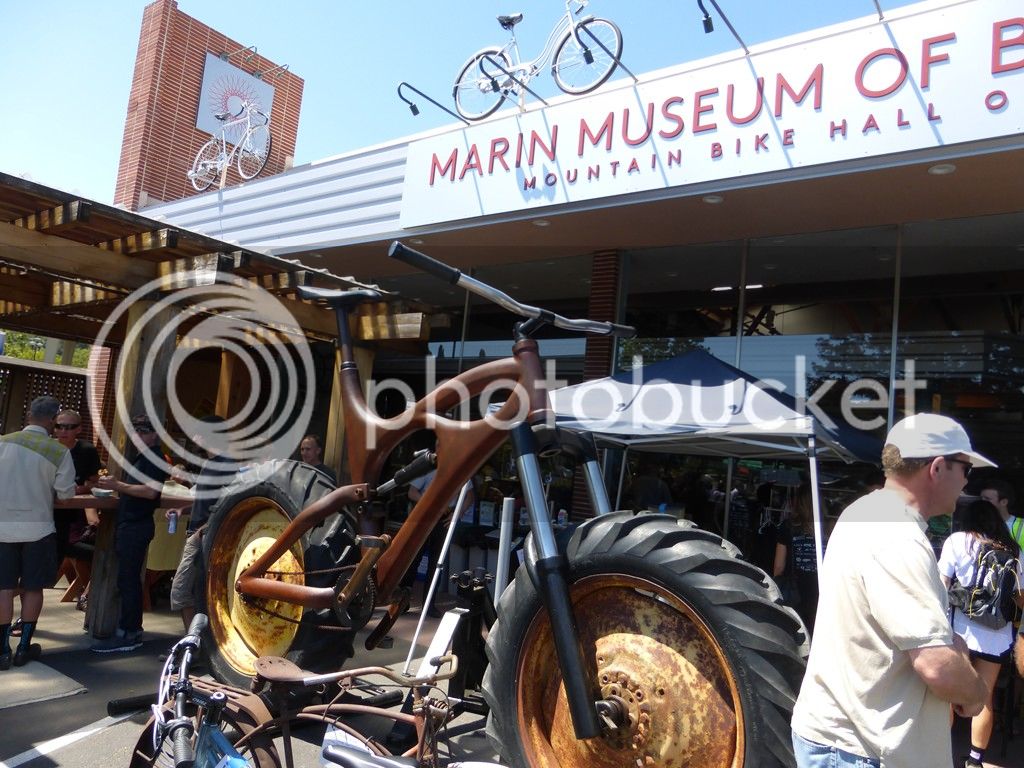 This ten foot tall FS MTB must be from the Giant Bicycle Company. I was disappointed to find that the pedals do not turn, so it can't actually be ridden. 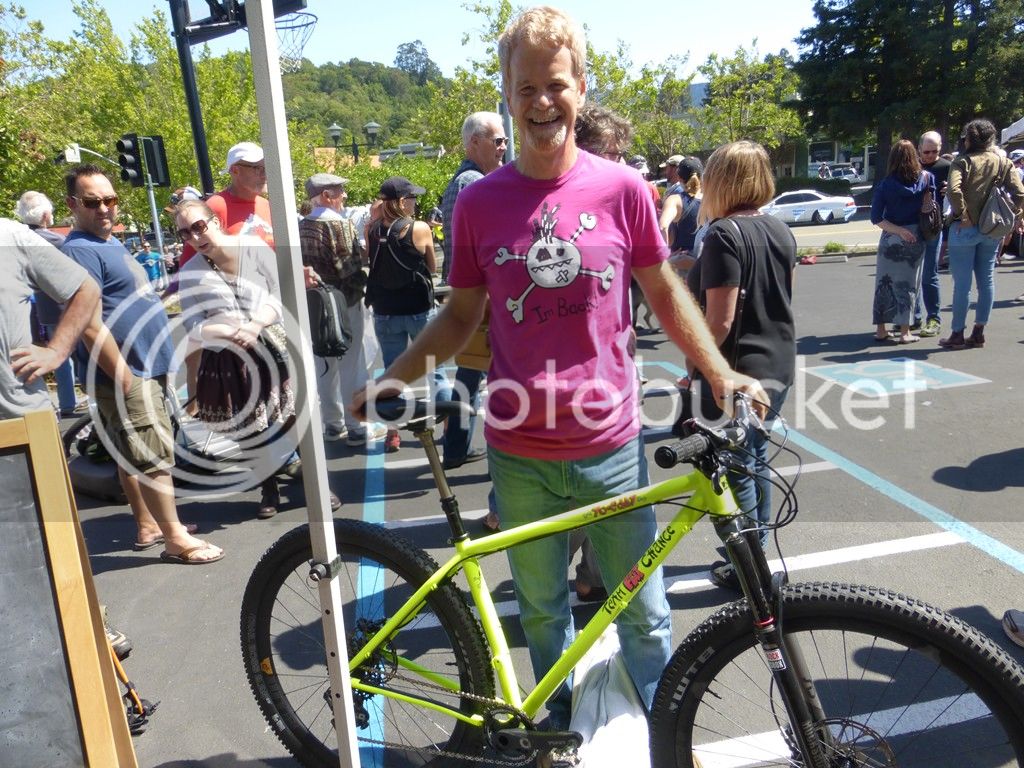 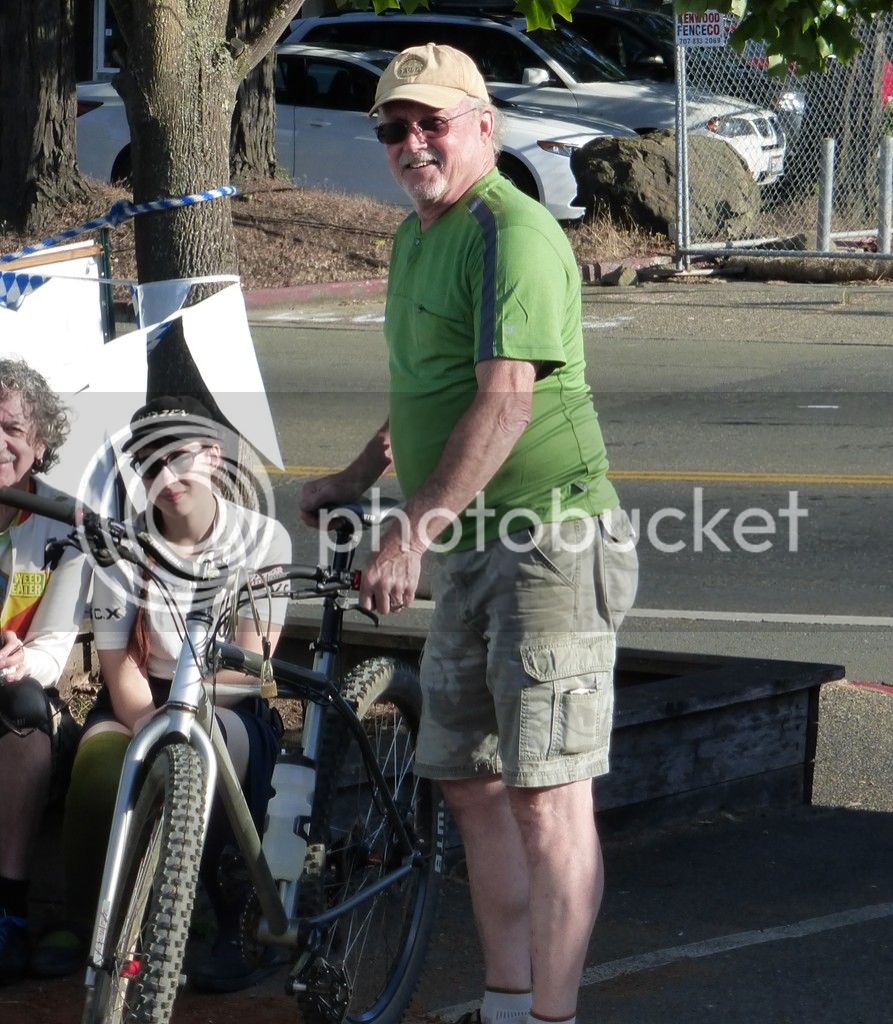 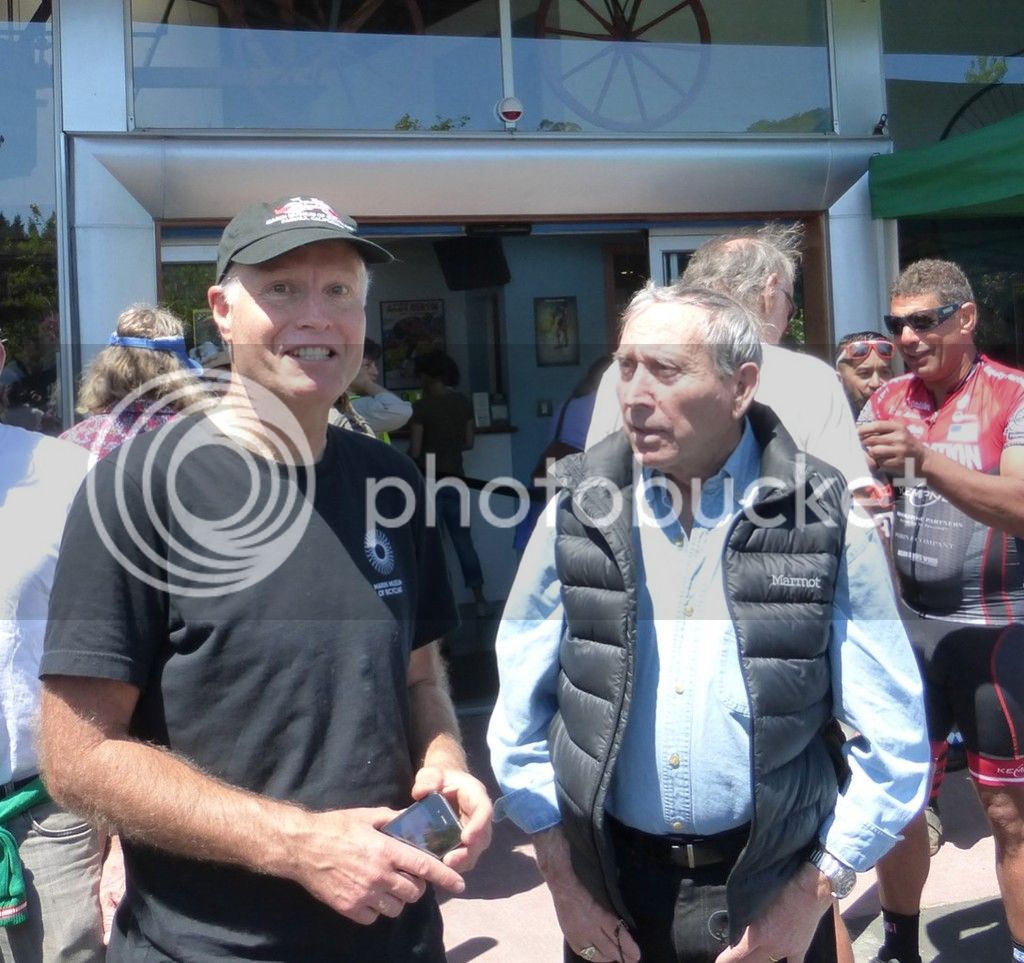 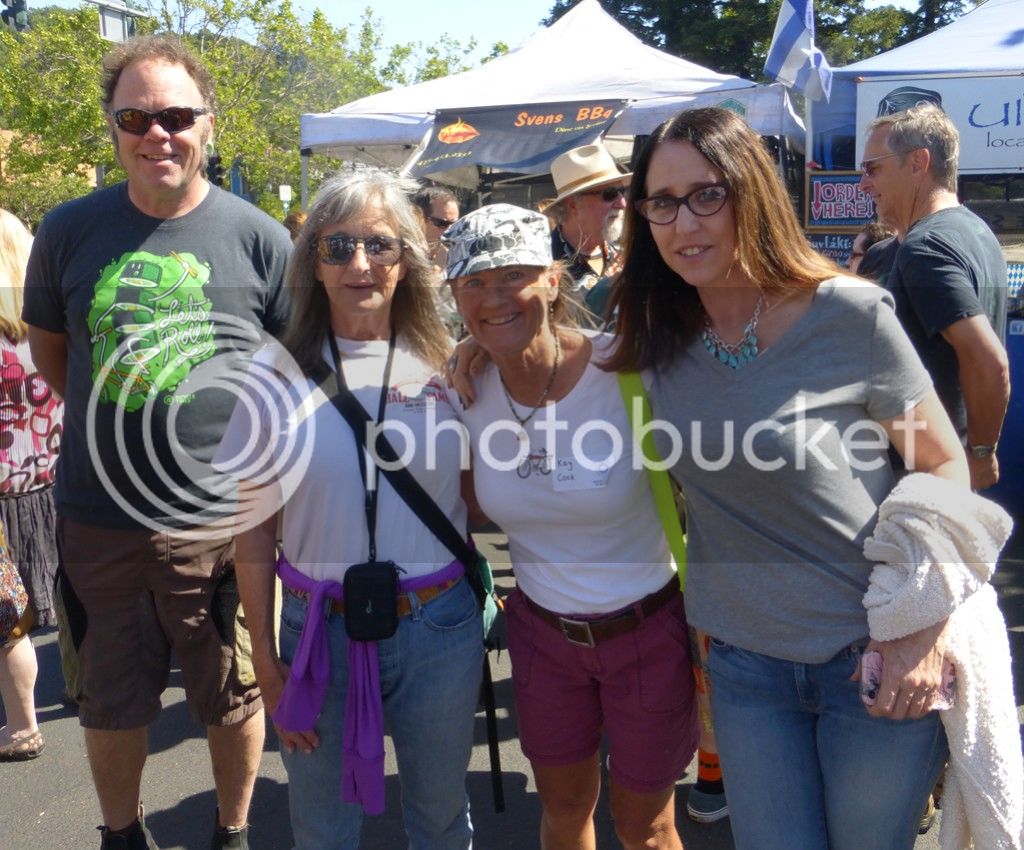 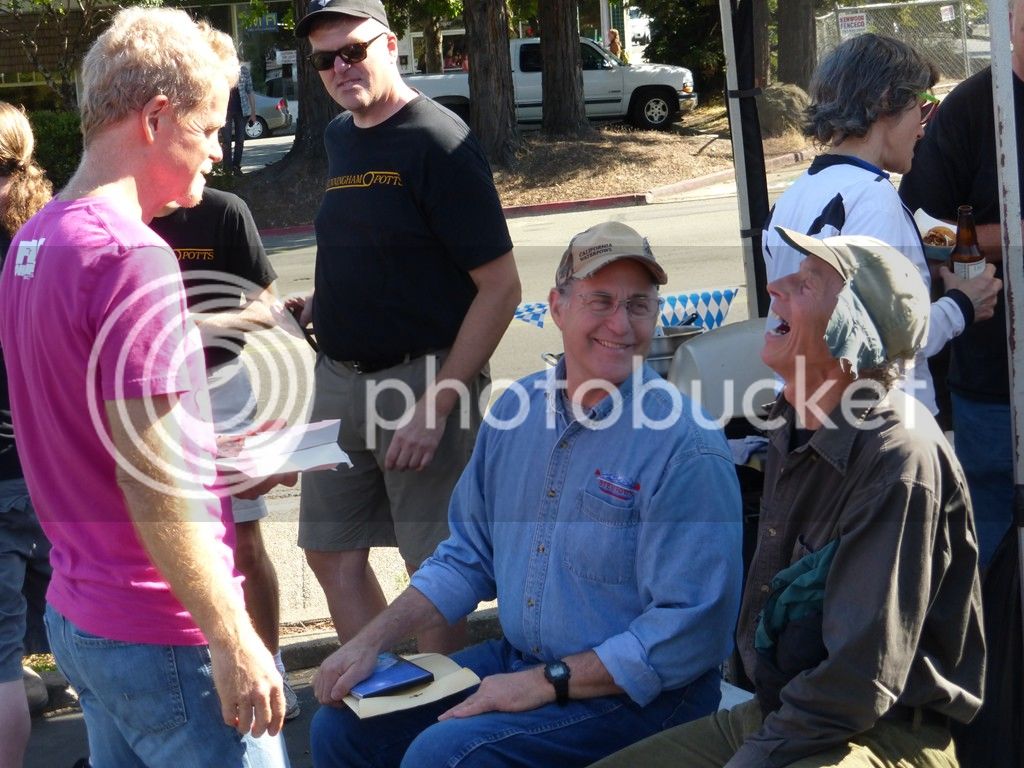 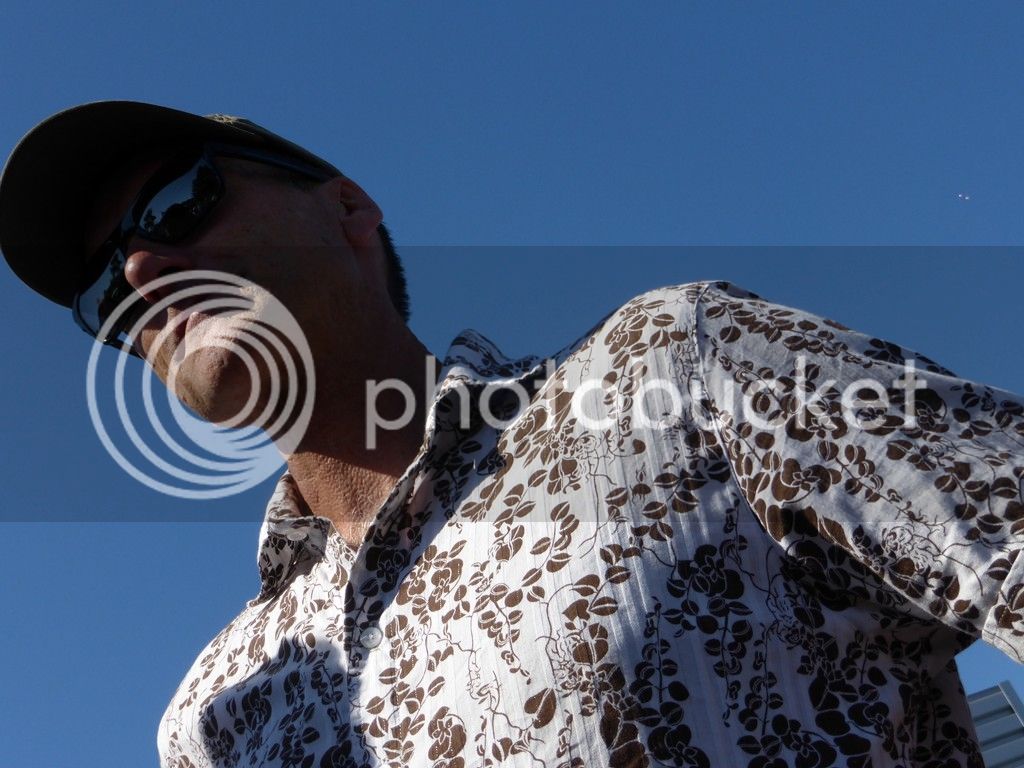 Here is the local newspaper accountof the event.

Bet that was an awesome day! We fly back to the UK tomorrow, wished we could gave made it! I still have to upload all of the pics I took at the museum which I'll do as soon as I can

Charlie, if I send you my copy of your book could you sign that too please?
R


B3":1e7rwfs7 said:
Charlie, if I send you my copy of your book could you sign that too please?
Click to expand...

That would be expensive, but of course I would.
R

Getty Images has some excellent photos from the museum opeing.
M

Great pics!
Jonny....how could you not plan your trip to coincide with this??
School-boy error mate :roll:
T

saw the facebook thread and enjoyed it. weird that some of those old wrinkly American guys have constructed / repaired most of my bikes in my garage here in the UK.

Kona Fan
Great pic's, great write up - another big reason why I need to get to that side of the world some day soon.
You must log in or register to reply here.