Does anyone own an Alimo?
I inherited my brother's 57cm bike which I used after I moved on from BMXing to Road cycling in the mid 80s at 15 years old.
The bike is quite liight at 22 pounds and was equiped with a Shimano 600 Arabesque groupset and Super Champion Gentleman rims. 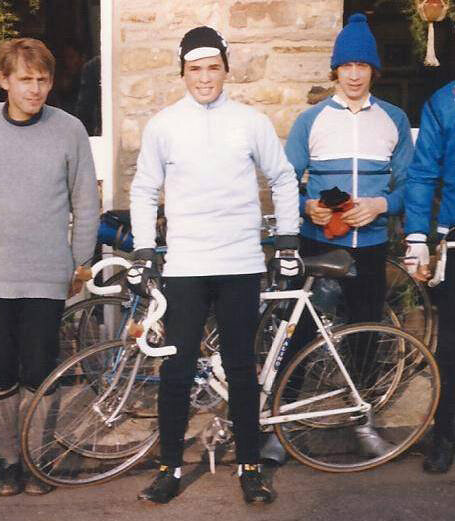 I had the frameset resprayed in a trendy (at the time), fluorescent orange and pearl white fade with some Francesco Moser stickers applied. 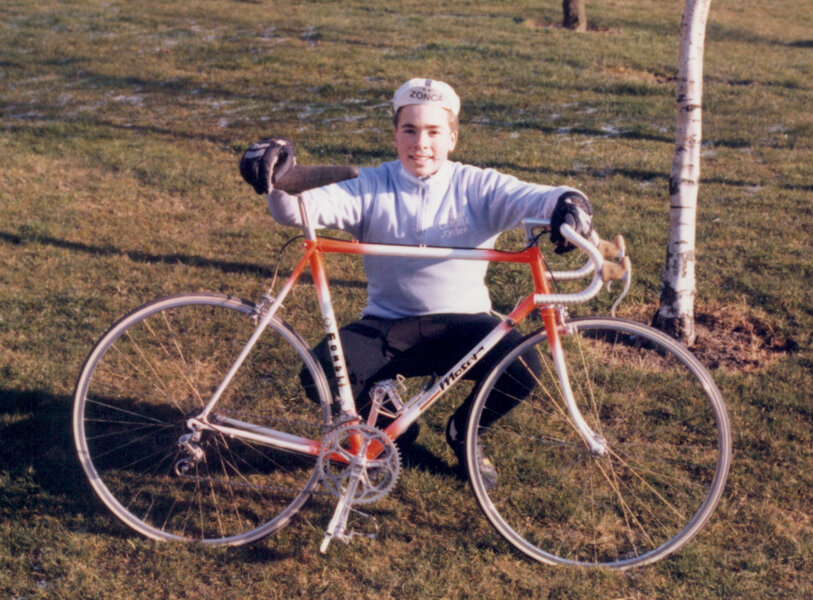 I still ride it when I'm at my parents' place in the UK but it could do with a new paint job, the fluorescent orange has faded and the stickers have yellowed. 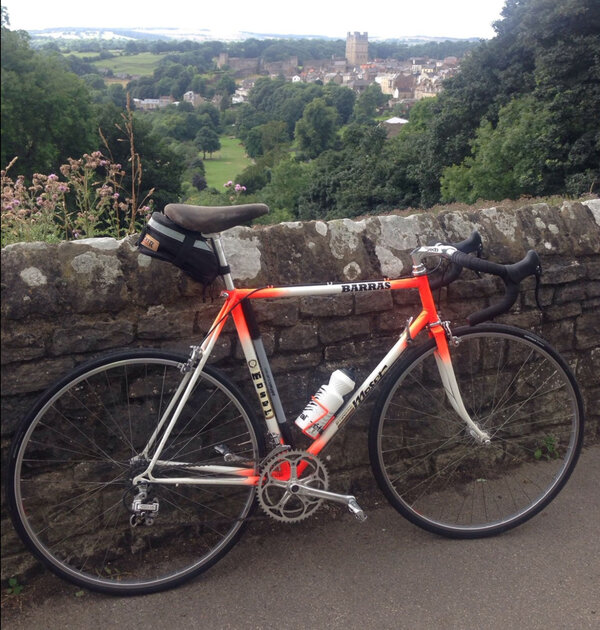 I intend to return it back to it's original colours, amazingly I was able to find a sticker set for sale. 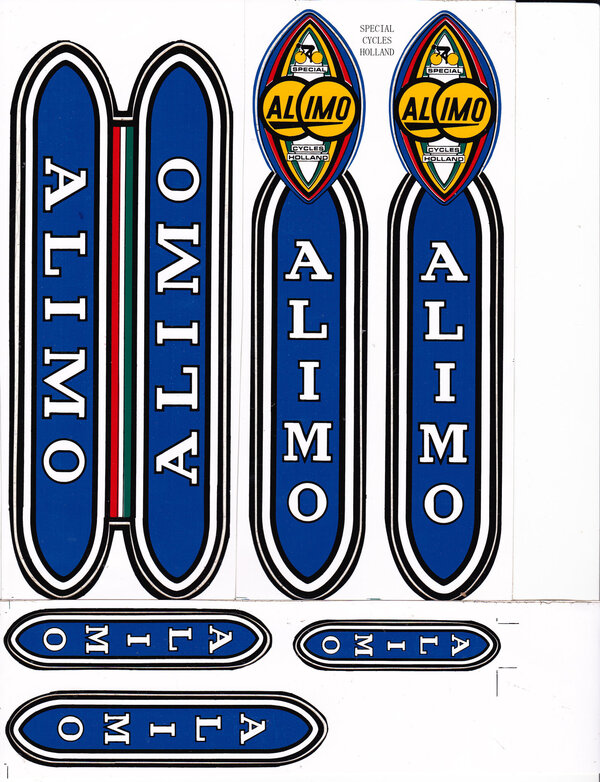 I'd appreciate it if you could share photos and any information about the brand, the bikes they sold were entry to mid level Benotto inspired bikes. Some Alimo stickered bikes had genuine Benotto lugs, I learnt that some frames were Italian and others Japanese. The builds don't appear to be very consistent.

Here are some more pics I collected from the web. 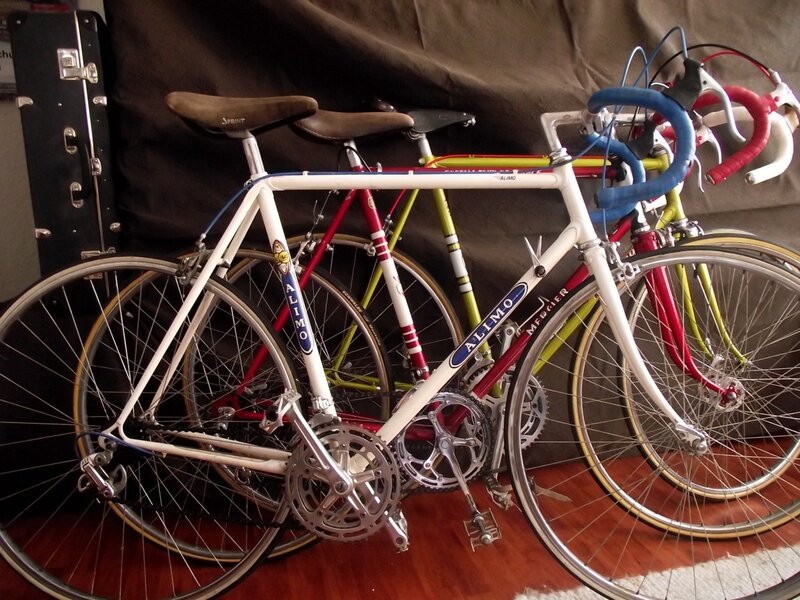 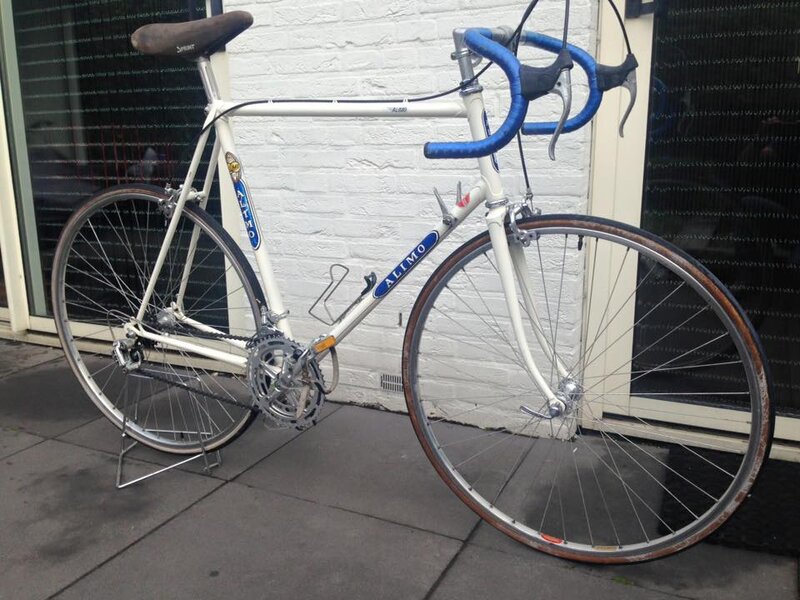 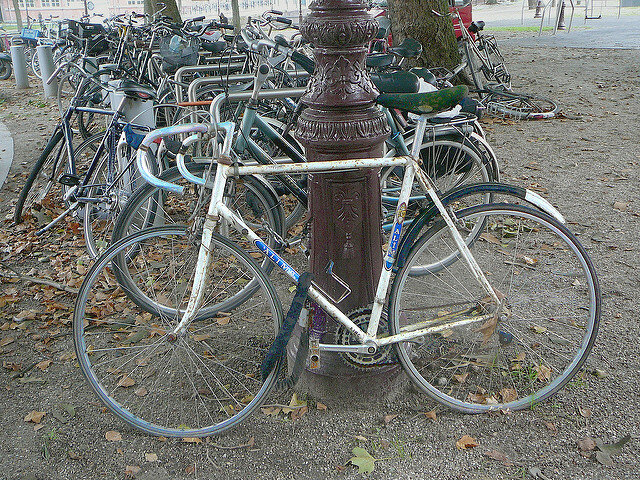 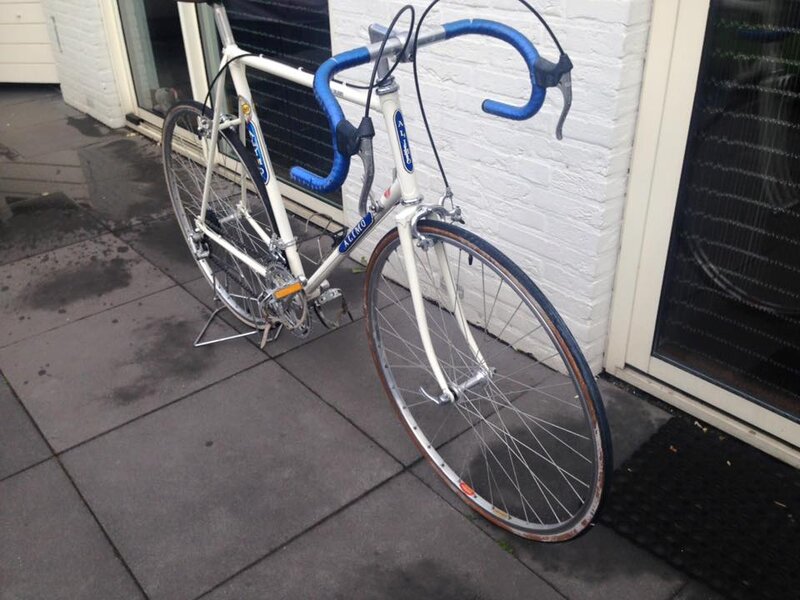 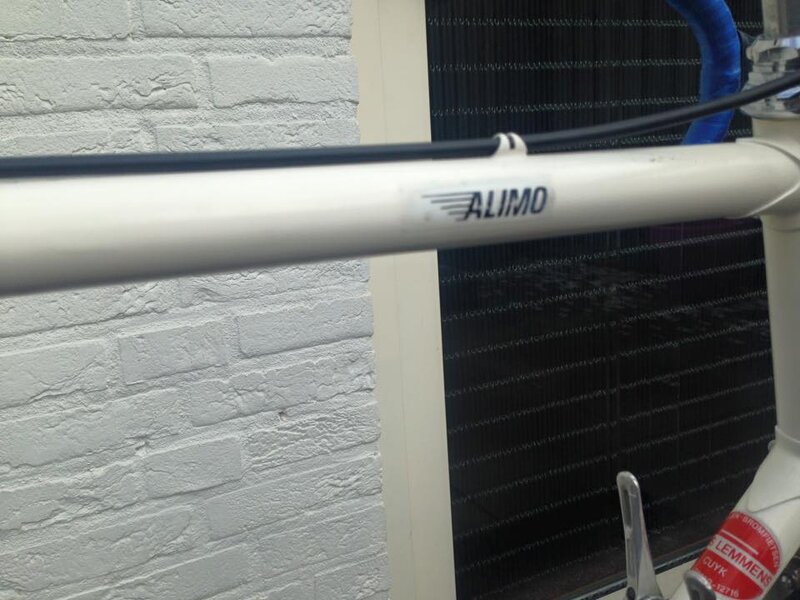 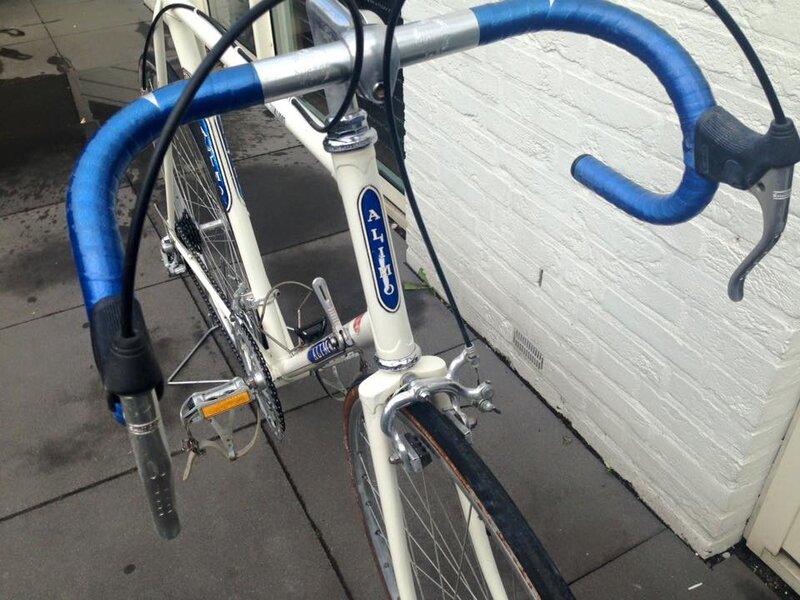 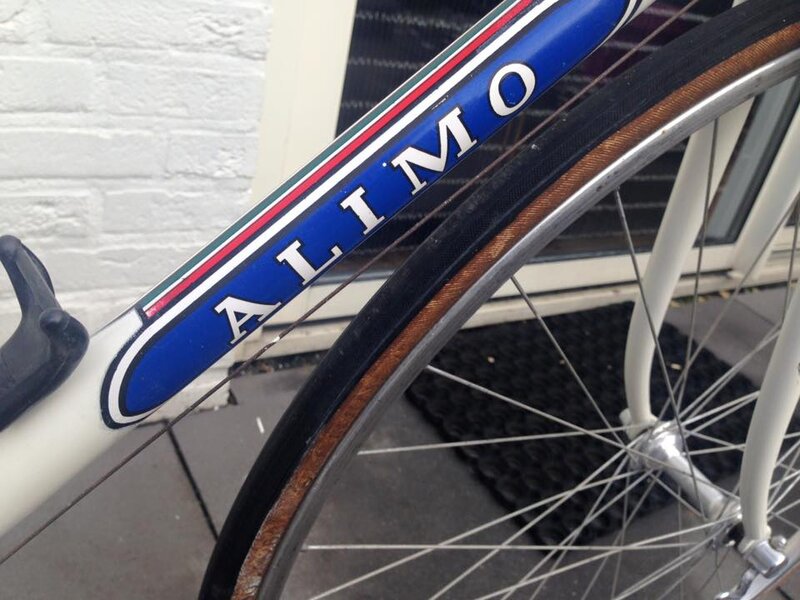 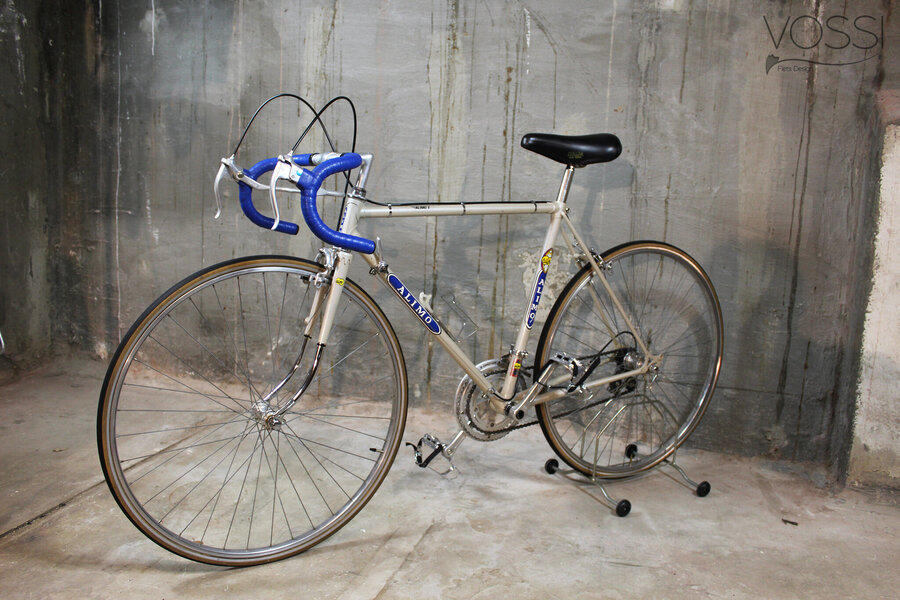 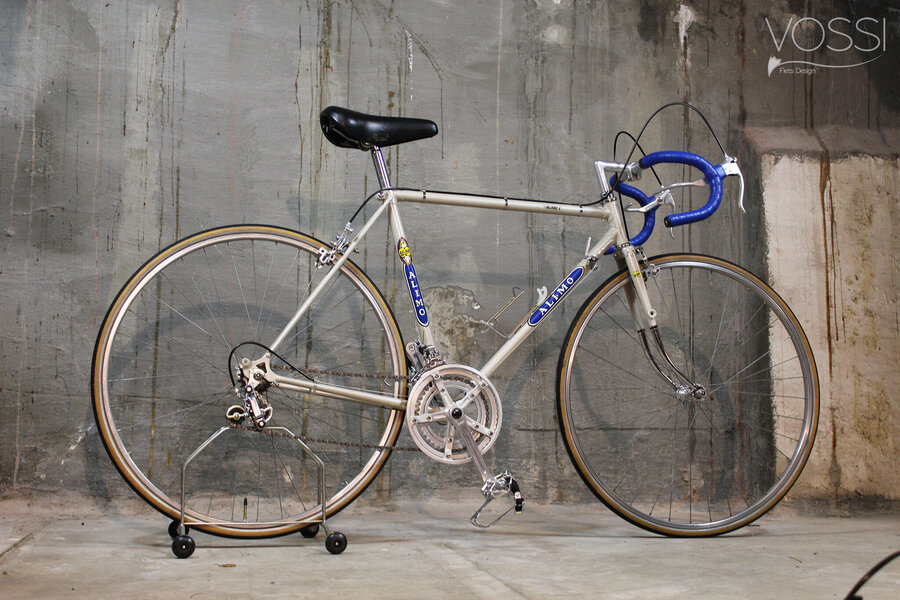 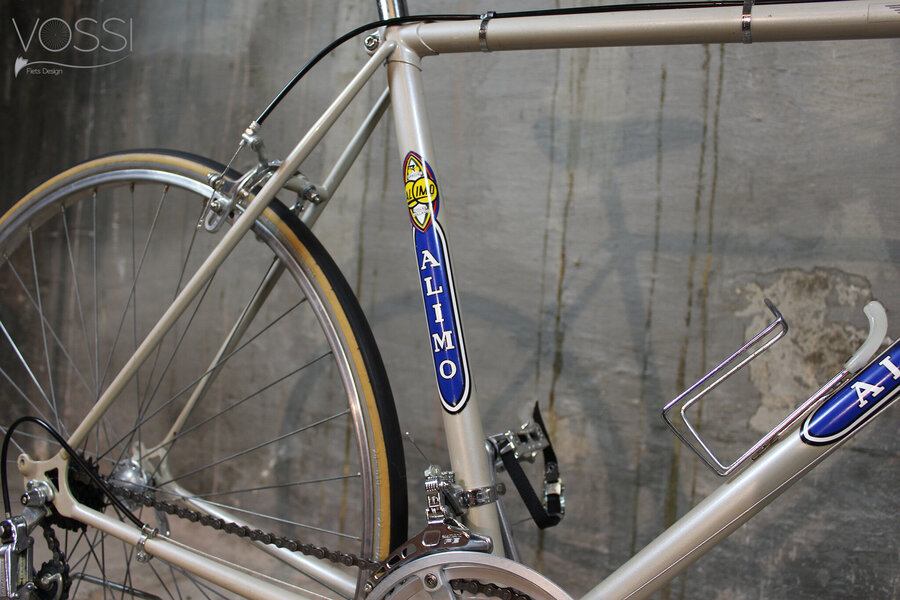 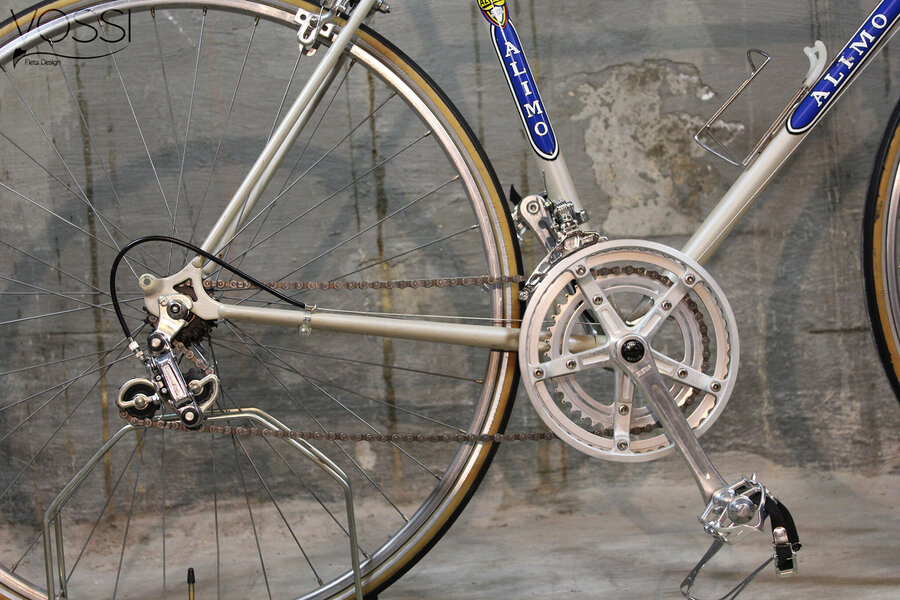 This model is the Alimo Nuovo with different graphics 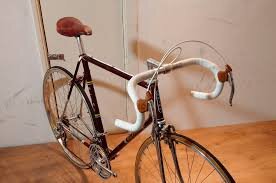 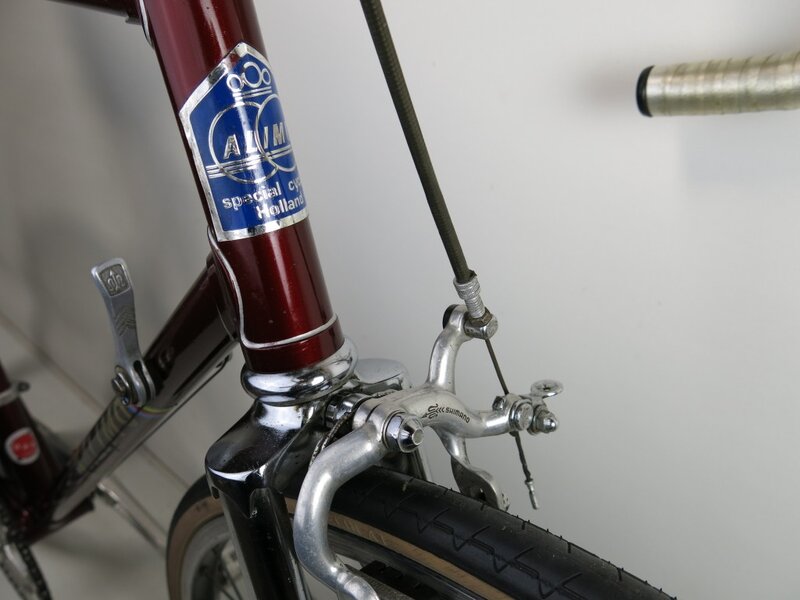 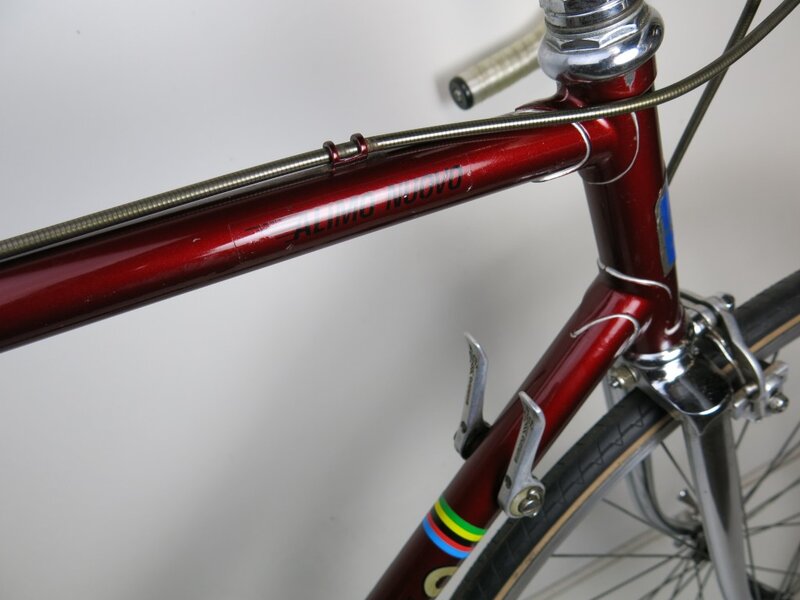 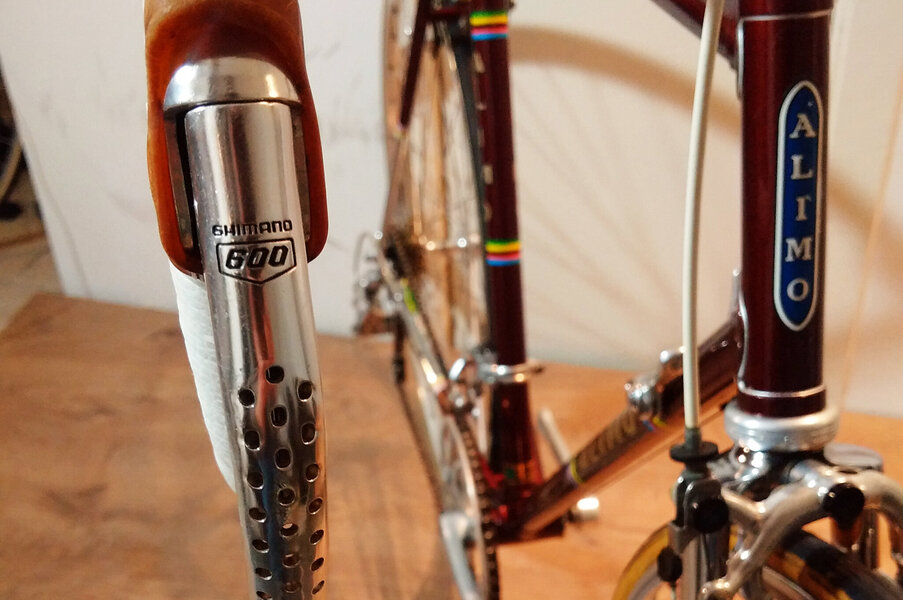 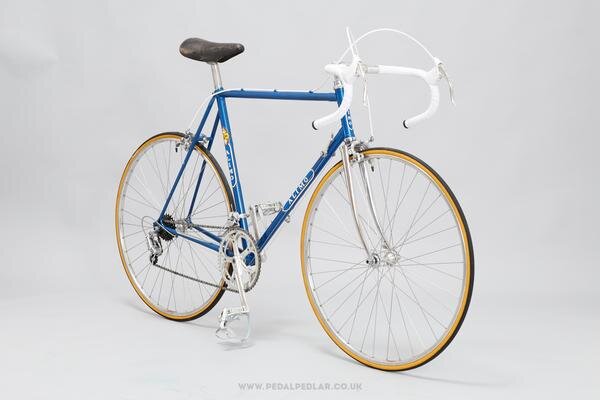 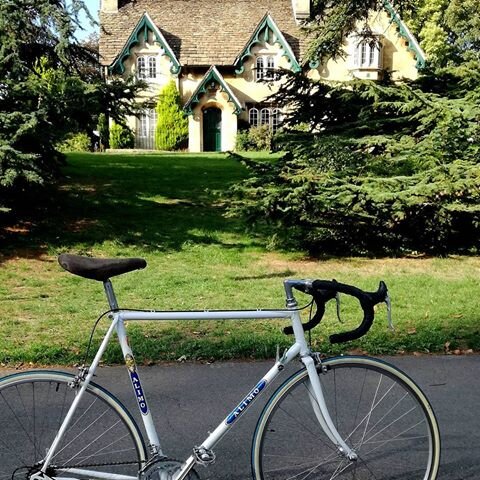 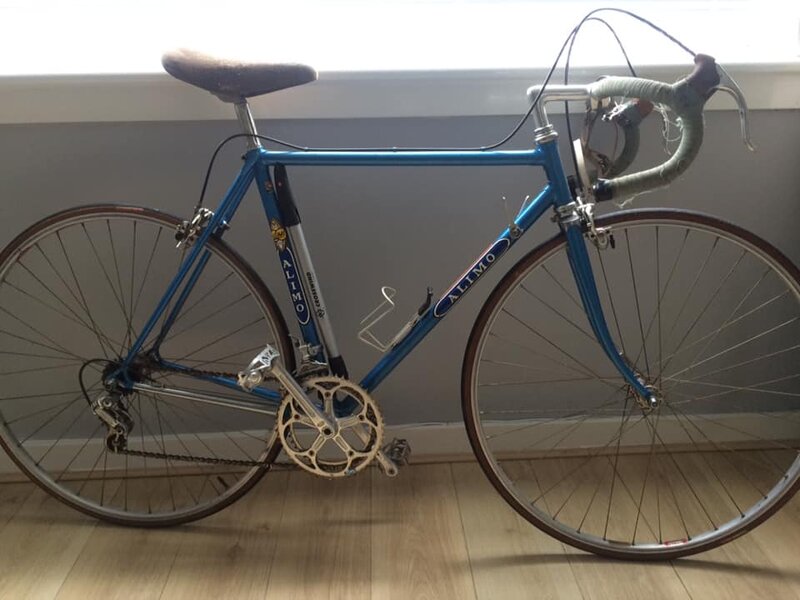 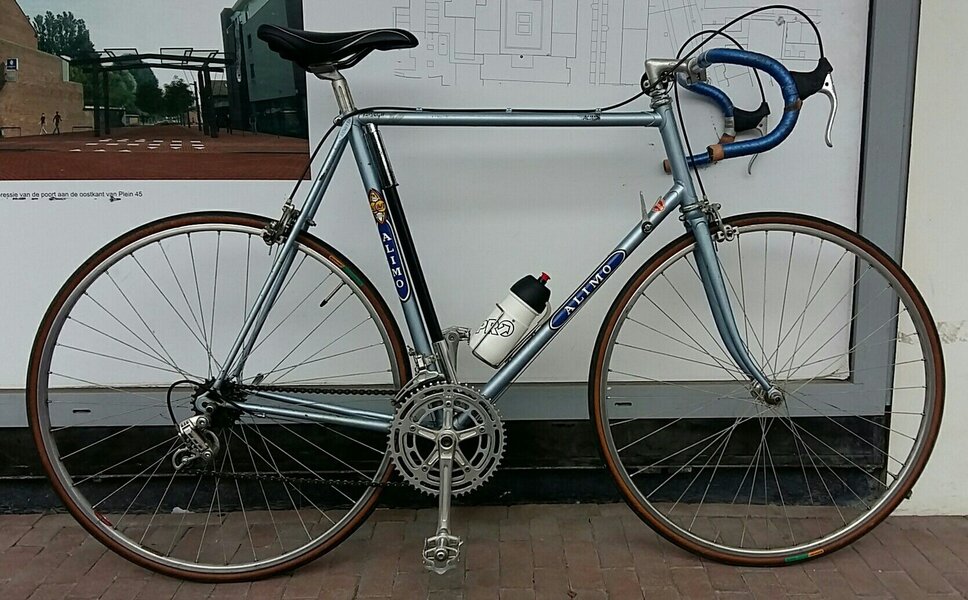 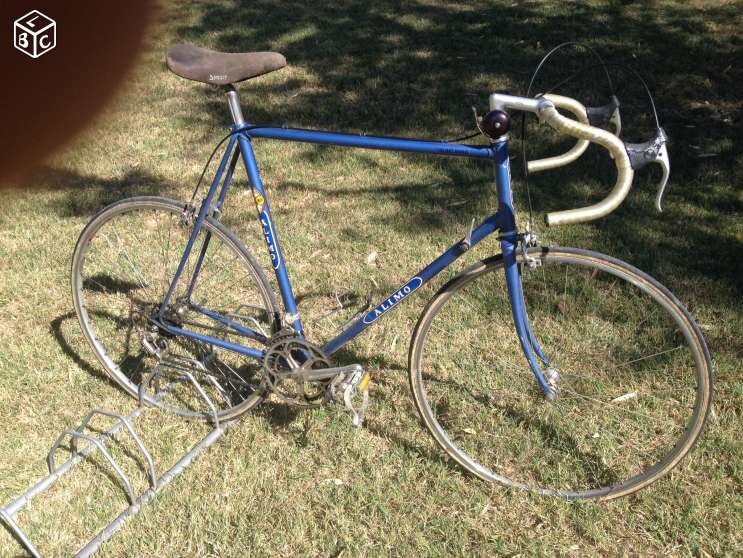 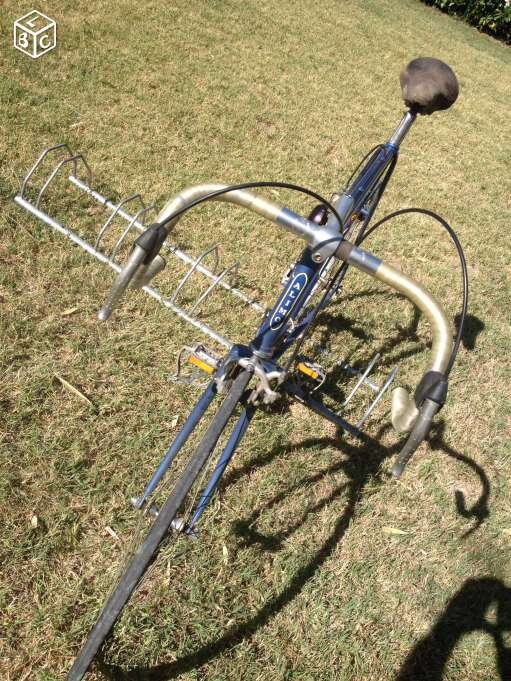