A Ranjeet Grewal replica, I love it! Looking forward to this build

Thanks ez054098,
appreciate your support, especially as I'm not across the finishing line as far as all the parts go,
however the guy I bought the frame off also sorted me out with a really nice set of Grafton cranks

Sample back from Paint

Returned from holiday at the weekend and was greeted by a box from Argos in Bristol containing a sample tube finished in the shade of grey I’d chosen,
I never thought that choosing a shade of grey would prove to be so difficult, but I think I’ve chosen wisely.
Having checked with many people including top guys like JustKev© and Silverfish© who’ve both had Grey Yeti’s recently refinished it seems nobody could
give me a definitive RAL code for the correct shade of grey, and seeing as Powder coat was used by the factory it appears to be open to a “certain” degree
of personal interpretation as most frames have faded making a accurate comparison to colour swatches difficult

Having fully committed myself to using paint I’ve settled upon RAL 7040 however it seemed a tad flat almost a stealth/ non descript colour,
I almost wavered at that point towards Yellow ! however in order to lift the overall look (a little) Mark at Argos suggested it could be
finished off with a clear coat containing a very fine /subtle metallic flake, whilst still maintaining the no-nonsense /industrial look (I'm guessing here)
the factory were looking for when they chose it.

Rather than leaving the end result to chance Argos suggested they spray a sample tube and post it on, and having now received it I gotta say the
Metallic clear coat maybe be subtle but OMG does it lift the Grey and make it come alive.
The master plan is to have the “Metallic flake clear coat” applied only to the grey area prior to the graphics being adhered and then a “true” Clear coat being applied over
the lot giving the frame a glass like finish.

The two Black Dart defining the break between the Turquiose and Grey are being done with Paint as I don’t want to see any joints you get using Vinyl…
even if they would be at the bottom of each tube,
This bike is going to be a keeper and having waited such a long time to own a Yeti I want to get it right, hence my shamelessly use of Martin Kozaczeks
photos of his Yeti’s visit to the paint shop as reference material and leaving nothing to chance.

Choosing the correct shade of Blue was a “no Brainer” as a quick search of Yeti Fan clarified that it was a 1971 Chrysler Auto Colour,
known as called Desert Turquoise. (RAL code 501 which Argos already had on the shelf.
For those not in the know, the story of why John Parker chose this colour makes for a great read,
In fact the whole page about Yeti’s early history is riveting. Check it out at http://yetifan.com/YETI_PAST/yeti_past.html

Gotta wait now for the guys at Argos to work their magic..

BoTY Winner
Kona Fan
perhaps if you learn to speak ze germans these guys can help?

ameybrook":1yxg8rr1 said:
perhaps if you learn to speak ze germans these guys can help?

Chuffing Hell I haven't even started the build and already made my first error !!

If its defo RAL7036 then its Silverfish 1 JustKev 0 ....and I went with JustKev although I was off the richter scale with my initial choice !
and to be fair I'm more than happy with 7040 (just as well ) I just won't park mine next to Silverfish's if I ever see him.

BoTY Winner
Kona Fan
Your first mistake was asking Kev as that guy is completely useless.

I'm sure it will look fine.

I don't think the gray was actually gray per se. From my experience it's a powder coat with a a bit of metallic silver flakes in it.

mkozaczek":37yy5twb said:
I don't think the gray was actually gray per se. From my experience it's a powder coat with a a bit of metallic silver flakes in it.
Click to expand...

Also my experience. Another close(r) photo 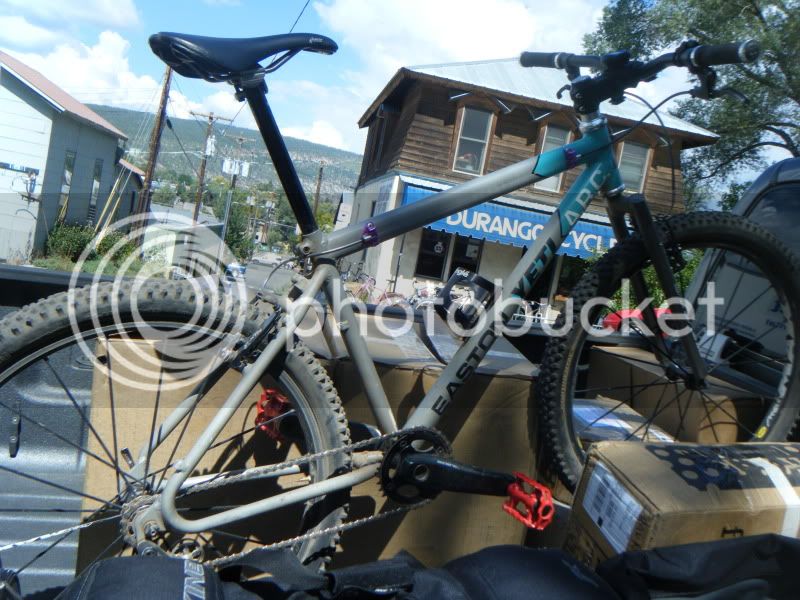 WTF is that?? I just threw up a little bit in my mouth...
You must log in or register to reply here.