Automoto built frame bike from around 1930. I believe this was a contract build by Automoto for another company. I know they did that, but how many different brands used their frames is a mystery to me. It should have rivet holes for an Automoto head badge if originally badged as such since all their bikes had metal plate badges to my knowledge; certainly bikes of this era did. The Mosca chainwheel is a mystery (French or Italian?); bottom bracket is French, but cranks could have been replacements, as well as the BB itself. Bowden style steel caliper brakes (mismatched brands) front (French made; says "FREIN depose") and rear (stamped "SUBLIME", country ?). Very old French saddle that I can't quite ID. I'll try to give more info and photos in short order. 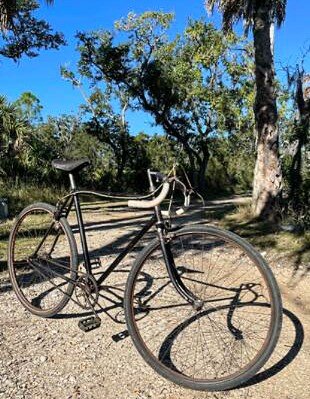 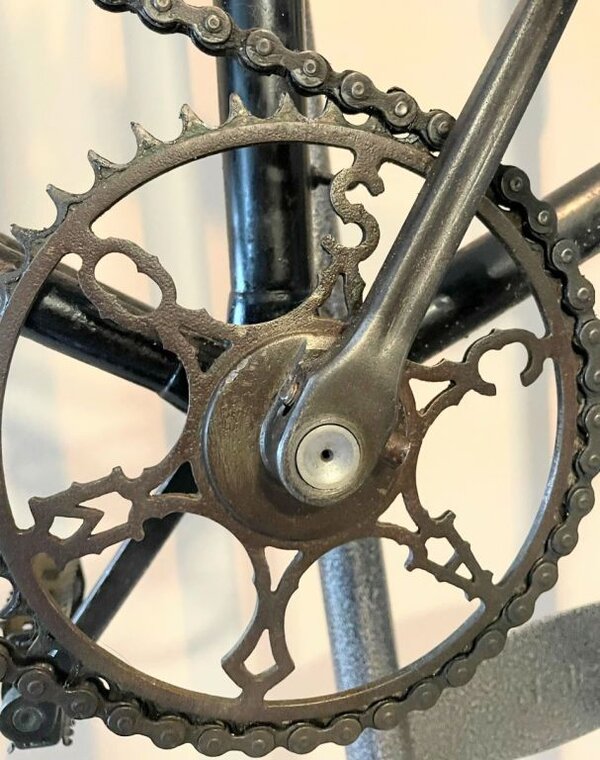 Wondered if what looks like Mosca on the chainset might be something like 'M. Osca', as there were bikes made by OSCA or O.S.C.A. I thought I'd be able to find more pics but they seem to be notoriously hard to find. I really don't know anything about them, but here's an example. Just a random thought. There's no sign of a period after the M, so probably not. 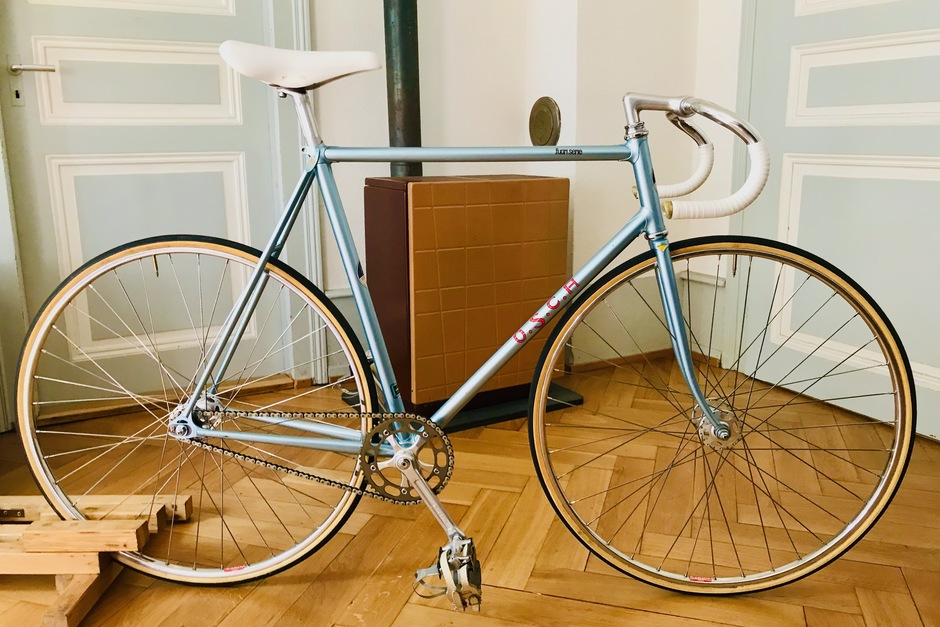 I was going to recommend putting it up on tonton velo, but you've already done that

Woz said:
I was going to recommend putting it up on tonton velo, but you've already done that

I obtained it from the guy who posted on Tonton velo. He is not that familiar with older bikes (nor am I really, but getting there), but he did not really like its ride thus his parting ways with it. No wonder since the saddle is not fit for any type of long rides due to being over broken-in and never having been re-tensioned during its life. I may be able to adjust or recondition it for further use, but for now I'll replace it with a newer Ideale in order to keep the French theme.
The rims are for roller/rod brakes as far as I can tell so either the brake style is incorrect or the wheels are wrong. Not sure if there is anything that is original to the bike itself at this point. I have the original fenders (assumed), but they are in poor condition and were apparently damaged from shipping per the previous owner.
Two other features make this different from the Automotos of that era; one being the forward mounted pump pegs (usually on the seat tube posterior), and the fork crown being of a more standard lug design as opposed to the cross tube design like on early Fiorelli/Coppi, and Raleighs. Again, I think that is an indication of a contract build making it different enough to separate it from their own marque; but that is still an assumption on my part. I have seen some Automotos with a similar fork crown, but not sure of the year(s).
Last edited: Jan 26, 2022

I rest my case. These things throw up more questions than answers. I'm by no means an expert in vrai vintage but my own dabble in this area is one which I have no regrets dipping my toe in, even though the project is stalled for various reasons, even though the finished article is not finished, it's been an eye opener, but I still look over it in wonder every time I see it:

I'll try to help you if I can. Forensics is part of the journey.
J

@Woz , just got through reading your wonderful thread. Guess I'll need to round up a bevy of 'Gallic Girls' to pose with the bike during phases of rebuild.
T

Love this Jesper, is it a fixed or a freewheel?
You must log in or register to reply here.