Had this since new think she is 97n model used to ride her on the south downs several times a week so she had some abuse, when we moved there was not much in the way of off road locally so she went in the garage and stayed there for 20 years.

Month or so ago decided to start riding the local bridleways so gave her a clean and service stripped pretty much everything cleaned out 20 year old dirt and grease and re assembled, couple of rides the V-Brakes were ok but could not help wondering if I could get some Disks on there... Rear hanger was going to be the biggest issue I tried the A2Z mount and I was pleasantly surprised that was a perfect fit, now for the parts, need wheels, forks, calipers, levers ..... not cheap, ok Donor bike By friday I had a Mongoose Tyax in good mechanical order had an issue with stripped pedal/crank not an issue for me Could not believe everything was 1:1 replace no issues and has even survived a 15 mile test ride with no issues, well 1 issue I tie wrapped down the rear derailleur cable when I secures the hydraulic pipes.

I know the Suntour XCR fork is not that great but first ride on very rough mud tracks and i was impressed very comfortable. 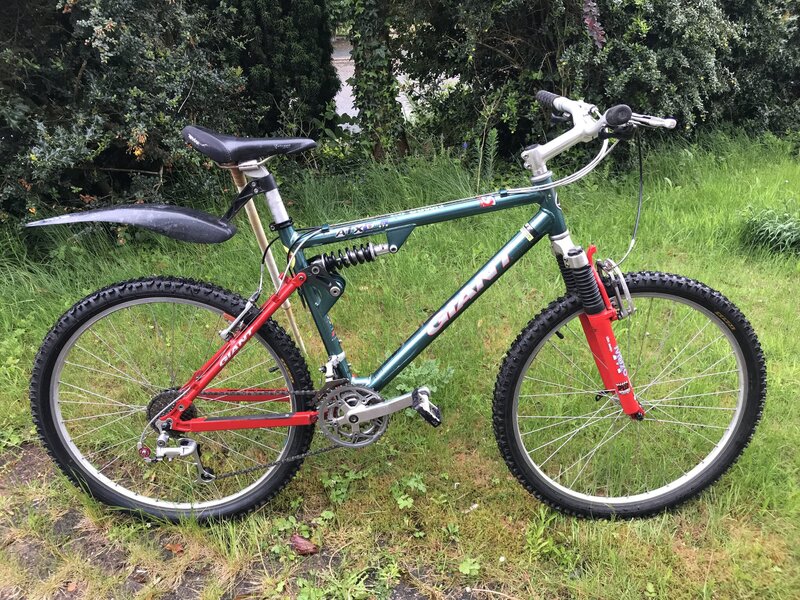 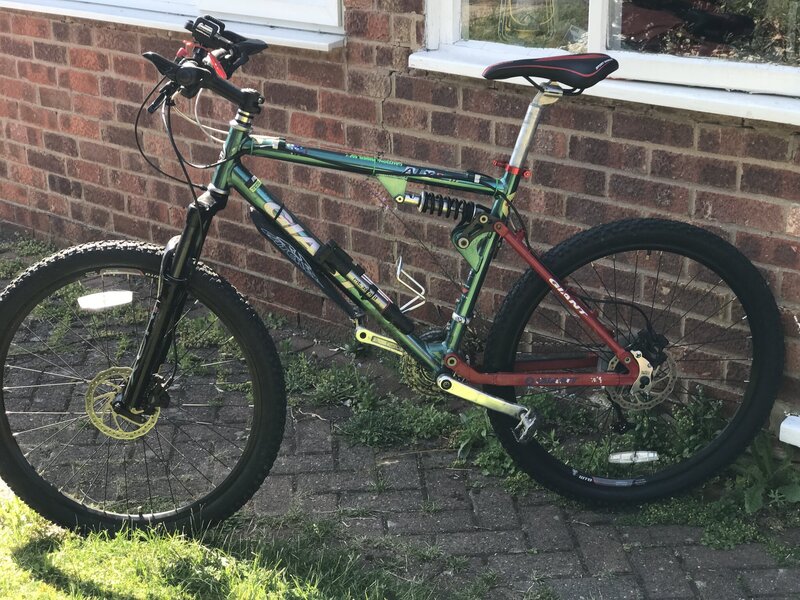 I remembered to take the wheel reflectors off after seeing them glinting in the photo .


>>> Thinking maybe of replacing the rear shock any suggestions something cheap of course Ideally something a little shorter than the stock 180mm long so she sits a little lower, I am not as nimble as i used to be getting on and off is a chore LOL.
Last edited: Jun 13, 2021
You must log in or register to reply here.