Retro Dan":6xm3axoo said:
Heard back from DeRosa - they confirm its a genuine frame made by Ugo but have no records or details, darn...
Click to expand...

That's great to get confirmation.

Isn't that blue and white fade more of a mid '80s thing?
R

Staring to get somewhere - Its been pointed out on another forum that the columbus sticker is a commonly used replacement, often used on resprays - checking the bb threads I can see the remains of the original paint - its a light metalic blue (not the silver or blue of the current frame) - much more zingy than either of the current colours. 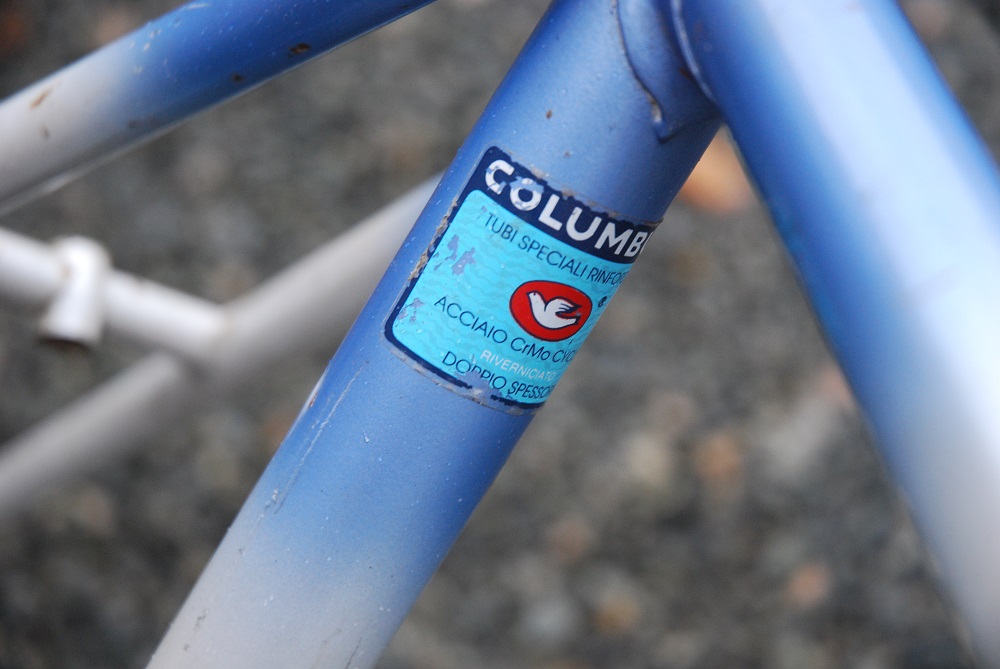 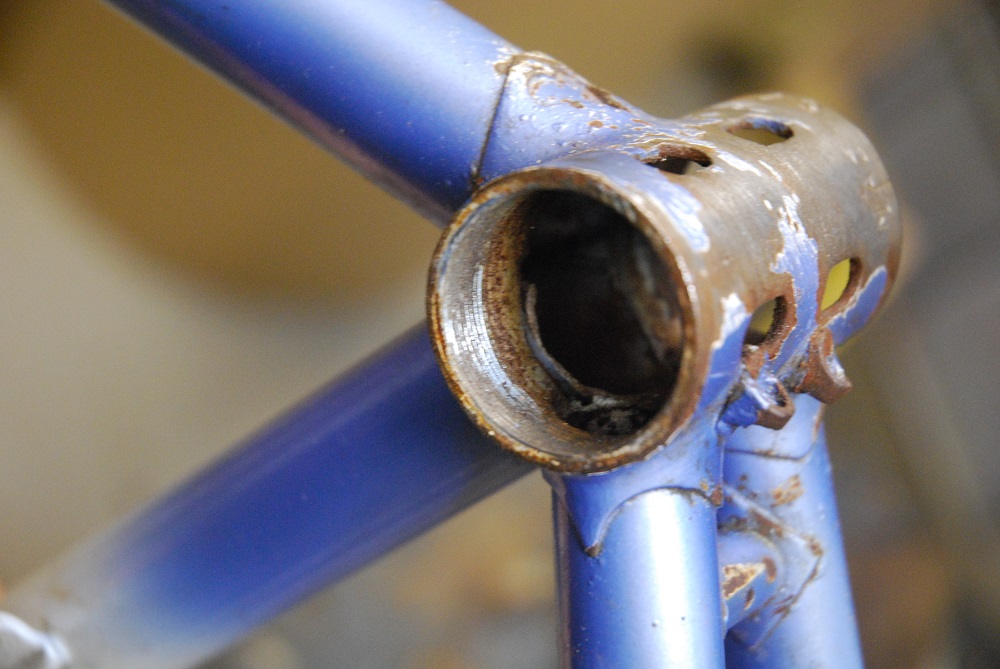 I`d assumed this was a Benotto team frame due to the stickers, however, quick bit of research shows that Ugo Derosa made most of the Moser team bikes as well - so if we forget the stickers (as its a repainted frame) there`s no reason not to suggest it started out as a Sanson Moser team frame in light metalic blue, ridden by Mazzarento - looks like some of the `79 Moser frames were more of a light metalic blue than the later `79 and `80 medium blues - see the below pic of Anderson in `79 Paris Roubais: 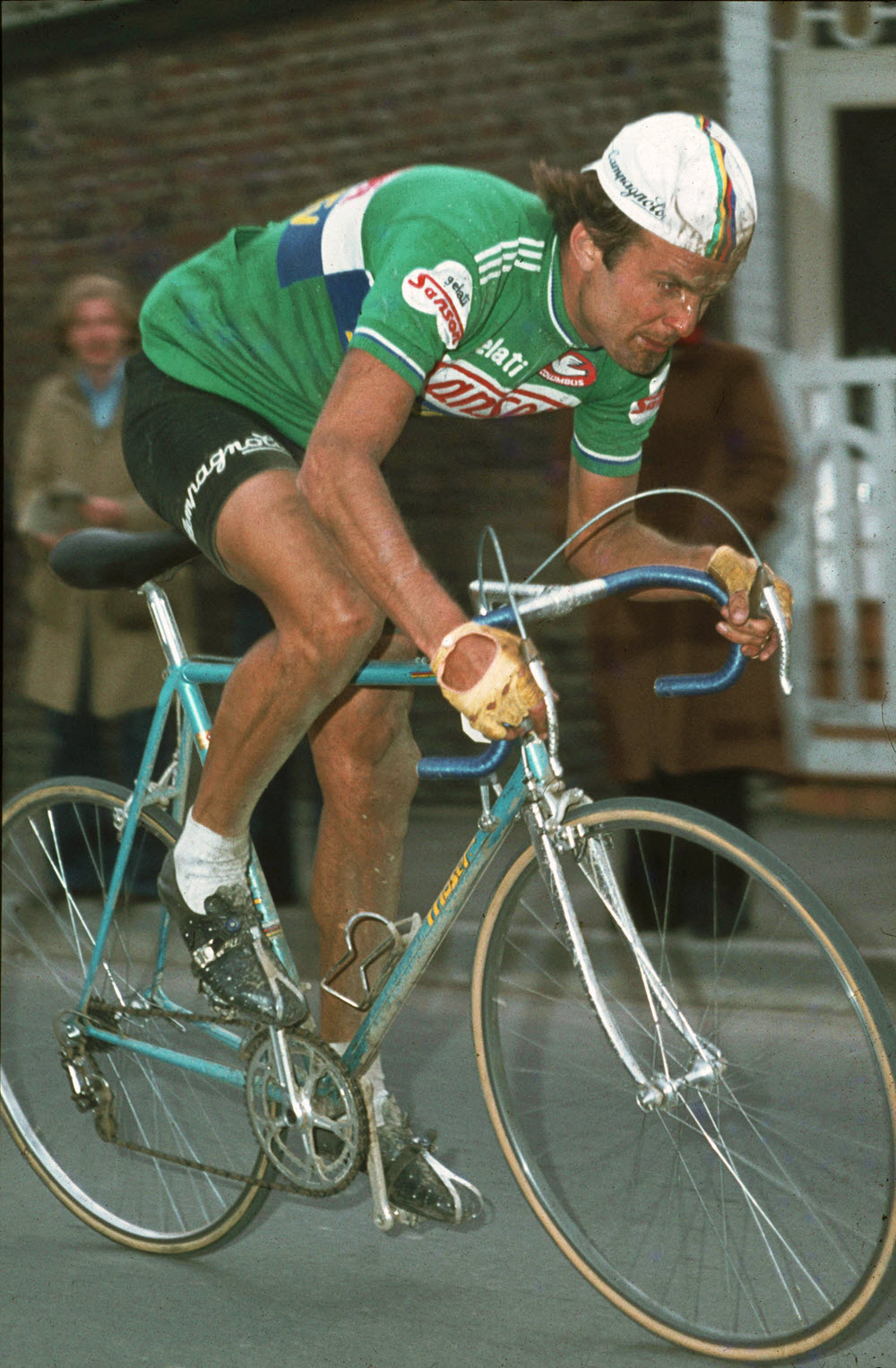 Then, post team life, it was re-purposed as a Benotto as it would have been worth more - thats my guess anyway.

Whotf is mazzarento? I think you'll find that photo is not Phil Anderson it's Phil Edwards.
If this is indeed Mazzantini's Sanson team frame it can't realistically have been for any earlier season than 1980. Built in '79 for the '80 season?
R


torqueless":3kct82jv said:
Whotf is mazzarento? I think you'll find that photo is not Phil Anderson it's Phil Edwards.
If this is indeed Mazzantini's Sanson team frame it can't realistically have been for any earlier season than 1980. Built in '79 for the '80 season?
Click to expand...

Ah, don`t type when you`re distracted, meant Leonardo Mazzantini and Phil Edwards.... I would agree with the `79 for `80 season - looks like De Rosa built up to 3 frames per pro rider plus many more for Moser himself, not sure if special frames were made for cobble classics either.

If you are in contact with de Rosa, and haven't already, you could try asking them for how many seasons, if any, they would have been building 'Moser' decaled team frames with 'Benotto' branded fork crowns? I don't know anything about these frames- I would assume that the 'Moser' decaled frames eventually got a 'Moser' branded fork crown? Are there any stamps on the fork steerer that match those on the BB shell? Is the frame built for allen key brakes or nutted?
You must log in or register to reply here.