Not just about restore, refurb or repurpose but also a revision of reputation!

There are a few threads on here that mention this model. There‘s some nostalgia for ‘my first bike’ and some degree of disgust, especially about the handling - ‘like riding a barge’.

So when I recently got the chance to buy one, I was a bit nervous. Maybe it’s a bad idea. Maybe I’ll just be disappointed, and resell it quickly.

Some background: I LIKE 531 - I have several, a nice Viking racer, a couple of Raleigh Special Product cyclocross frames, a Moulton AM and a Dawes Cougar which I’ve had for a few years and use as a general purpose load carrier - things like 2 panniers, each with a 20kg bag of Postcrete. Nice stable ride.

I have no illusions about Cougars or Rangers being “Mountain Bikes” which is what they were sold as - at the equivalent of more than £1,000!

My Cougar is essentially a Dawes Galaxy with fat tyres - capable and comfortable.

I expected the Ranger to be similar, perhaps more sluggish and maybe quirkily unwieldy.

I bought it. Mostly original, apart from the wheels.

The important extra fact (and presumably one reason why some people don’t like Rangers - frame also used for the Countryman, which had a two tone colour scheme and lower spec) is that Rangers have very slack angles and looong wheelbases.

Cougars have LOTS of clearance for big tyres and mudguards. Rangers have about twice as much room.

So, deciding on 650B was simple. Fortunately I had some wheels, built last year for a project which didn’t happen. Plus a pair of Continental Ride Tour 584x54 - not MTB tyres, but, appropriately, in that ‘new’ category “gravel”…

Put it all together and RIDE.

Nice 531 frame, free rolling wheels (Ultegra and XT - I use what I have) with fat tyres without noisy knobbly bits. Fast, (almost) flash, comfortable.

Only (so far) done a 10 mile offroad ride with some steep and stony bits and a tarmac ‘race’ to catch a train - arrived 15 mins early.

Put bike on next to a modern VanMoof. Had very similar angles, but a much shorter wheelbase.

WHY would anyone (not the guy I bought it from) replace the nice 531 ATB decal??

I have a replacement on order from Lloyd’s 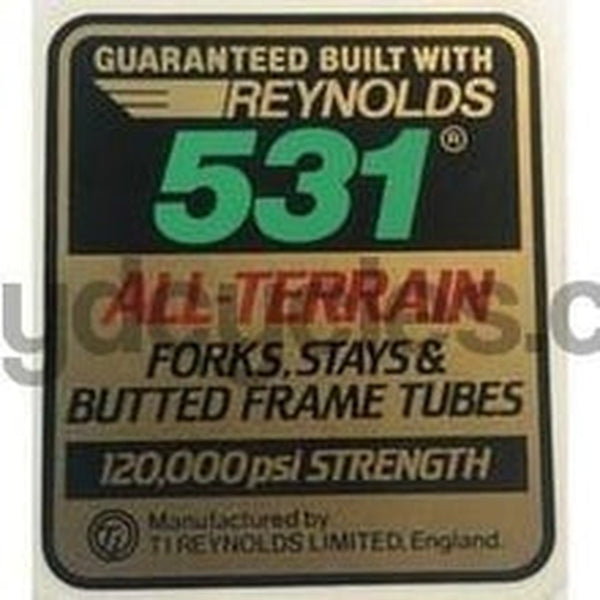 Got to love a ranger....for many their first mtb..

Alpinestars Fan
Ooooh, I love that!

There is still some lingering suspicion that rhe Ranger was at least influenced by the Cleland Range Rider. Geoff Apps had tried to interest several manufacturers in his design, and quite soon after being knocked back by Dawes the Ranger appeared. Even the name is similar...

But that's a lovely bike you have there.
C

“that's a lovely bike you have there”

I’m very pleased with it as something to ride. Also the condition of the paintwork is much better than I expected.

Have read some histories that involve theories about Geoff Apps (and of course his interest in 650B), but I think ‘early’ importation of individual American bikes may have had more direct impact.

The big unknown (to me at least) is why Reynolds produced the tubesets?

Of course the British bike industry’s involvement in the ‘mountain bike revolution’ might have been different if it hadn’t been ‘stuck’ with the tradition of horizontal top tubes. (Obviously the availability of suitable lugs was a key issue - were the slack angled lugs for the Ranger already available/in use or produced specially?)

Dawes Ranger was the first MTB I ever had. I think it was an early version and the long wheelbase 531ATB frame and 531 Tandem forks made it feel like sitting in a comfy armchair whilst riding in the rough. Wish I'd kept it.

Any issues getting the cantis lined up to work on 650b?
C

Any issues getting the cantis lined up to work on 650b?
Click to expand...

They are the original Weinmann brakes - very similar to Mafac ones.

The assembly that holds the spigoted brake block pivots and also allows a lot of in/out movement by the spigot - with more by adjusting the straddle wire.

The rims are narrower than the original ones which probably helps.

In recent years there is a LOT more choice as the size mostly(?) took over from 26”. Increasingly they come without braking surfaces, due to the move to disc brakes.

MUCH better availability than the fairly recent past where 650B seemed to be largely found on French utility bikes or on an American niche of touring bikes.

So, putting 650B on similar bikes should be fairly straightforward. On the Ranger, I think they look more ‘natural’!

carlton dyna-tech said:
Dawes Ranger was the first MTB I ever had. I think it was an early version and the long wheelbase 531ATB frame and 531 Tandem forks made it feel like sitting in a comfy armchair whilst riding in the rough. Wish I'd kept it.
Click to expand...

Are you saying Reynolds used existing forks for the ATB tubeset?

That would make sense.
G

Always loved my maroon Dawes Ranger's stretched out long position. It just suited me and my style of riding. Probably still be riding it if the bottom bracket shell hadn't cracked.
Last edited: Apr 21, 2022
C

Another day another ride

Added the 531 decals from Lloyd’s (overnight Royal Mail delivery from 500 miles away!)

Added an extra bit of class 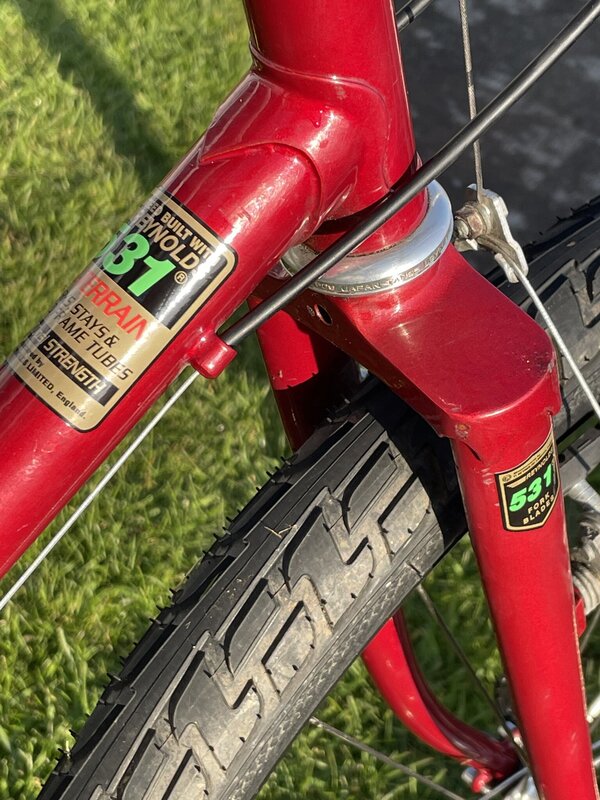 B
Touring the darkside.
2