Manitou Fan
Ever since I saw this picture a few years ago... 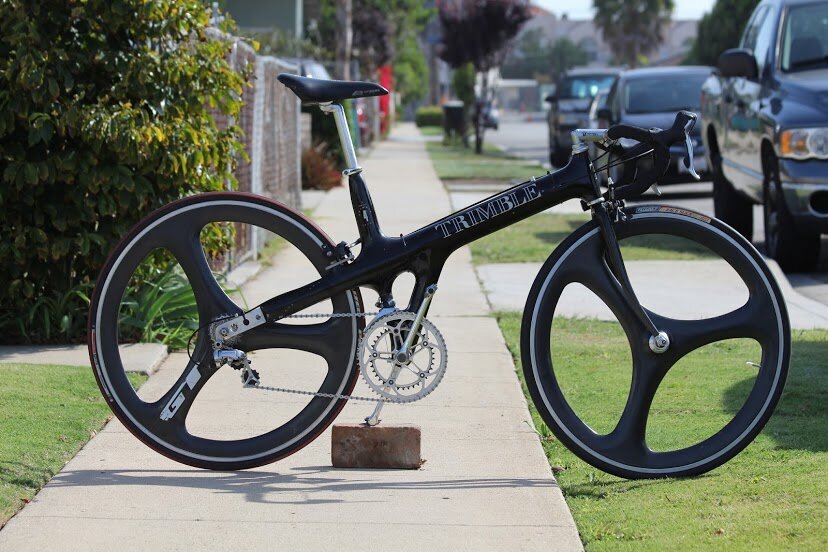 I wanted to do a pub bike / commuter in the same style. Obviously I'd love a Trimble but I think it would be wasted riding to the local shops, so I was on the look out for a Trimble style frame but of the budget variety.
And the British Eagle EXS fitted the bill. After 18 months of searching, one finally came up on eBay 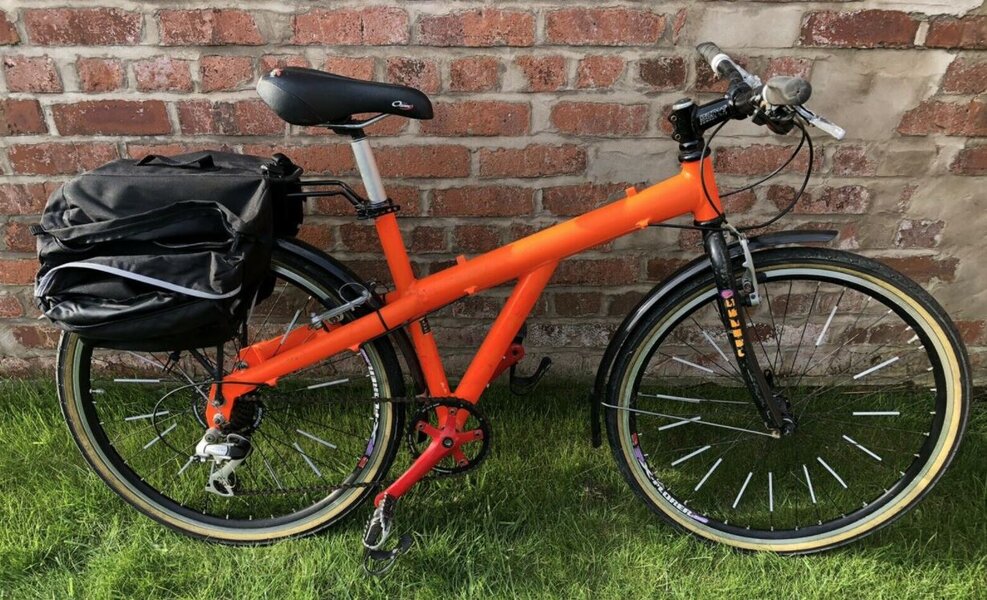 Someone had already had a similar idea, so not too much money later I had a luggage rack and a set of panniers as well which will come in useful for more mundane bikes.

So today started the stripdown and trying different things from the myriad of bike junk in my garage to get the geometry right for my aging frame. I won't be going the drop handlebar route as I've never really got on with them but had a spare set of Scott AT-2's which I fancy putting some TT brakes on. 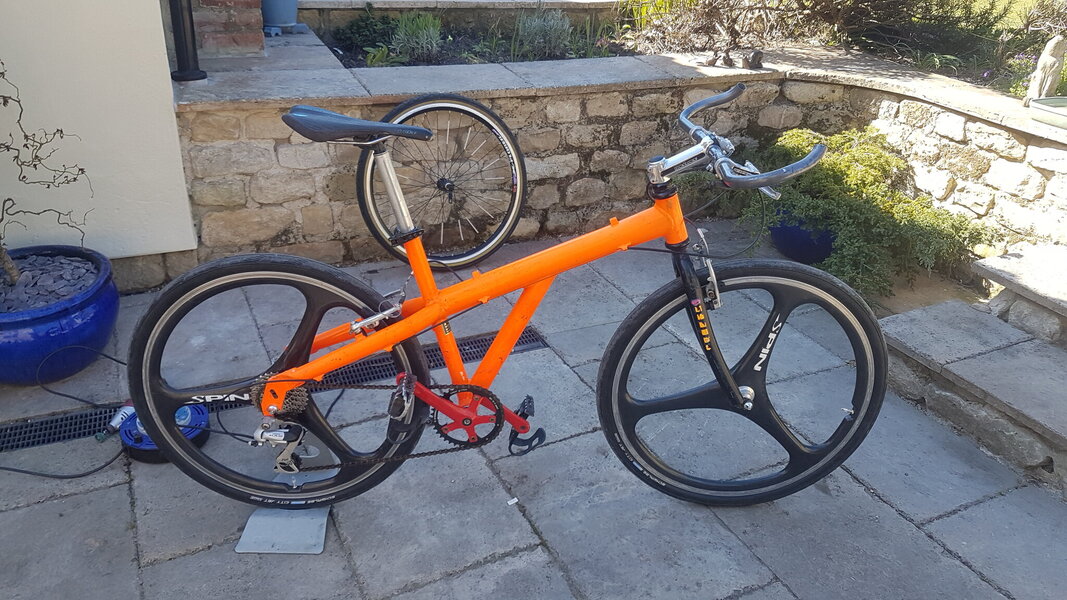 Forks are 1 1/4" Threaded and the previous owner had a quill adapter so popped in the first silver stem I came across. Forks looked a bit chunky with the slender wheels and tyres, and also the chainring was 39T...so attempt number two 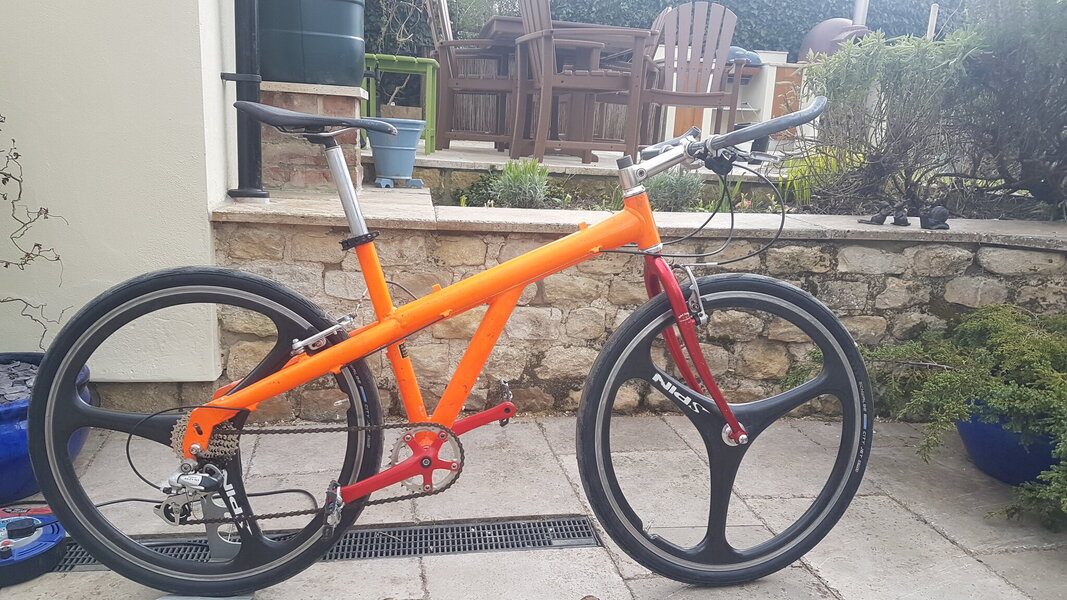 Fork is a spare 1 1/8" Univega fork, so used the headset adapter that came with the San Andreas and a spare Ritchey Logic Headset, dropped the chainring to a 34T and changed the stem. Obviously it looks a bit Noel Edmands Multicoloured Swap Shop at the moment so you have to envision it with black frame and forks and everything else Silver. V brakes will be replaced by Suntour XC canti's and probably a matching rear derailleur. Still umming and ahing as to whether I should stick with a single chainring or should I even go with a double road chainset?
Would like opinions on which fork you prefer and any suggestions for brake lever, gearshifter combo's (I realise this is straying into Road Categories but I know nothing about TT brakes and shifters but think it would give a clean cockpit when used with black bar tape.)
I promise I'm not going to drag this one out too long as it is only meant to be a quick build but I do let myself get carried away
Last edited: Apr 13, 2021

Hey, that’s really got a good look to it with the more slender forks and the Scott bars are a nice touch. Looks like it has lots of potential. What sort of headset adapter or you using? I have a Cannondale which I’d like to fit 1 1/8” forks to and I’m struggling to find something suitable. Thanks and good luck with the build.

sparkybhp said:
Hey, that’s really got a good look to it with the more slender forks and the Scott bars are a nice touch. Looks like it has lots of potential. What sort of headset adapter or you using?
Click to expand...

Thanks, I was veering towards the slimmer forks myself. The headset adapters are alloy shims. They came with my 1992 San Andreas which had been shimmed down from 1 1/4"(I think they were supplied with the frame so you could choose your fork). I think you can find similar by googling it

I'm also trying to fit some 1 1/8" (threadless) forks to mine. Am intrigued/confused by how you've set yours up. 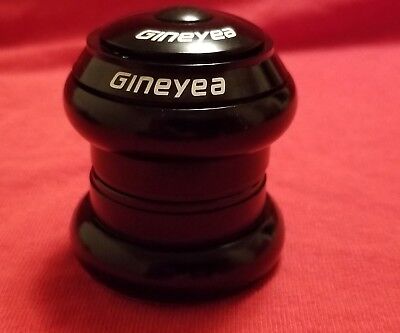 That looks really good, it's almost a Trimble!

jimo746 said:
That looks really good, it's almost a Trimble!
Click to expand...

Oh if only that were true

Manitou Fan
Frame and forks finally back from the powdercoaters so a quick mock up with the new bars. The current stem is only temporary. 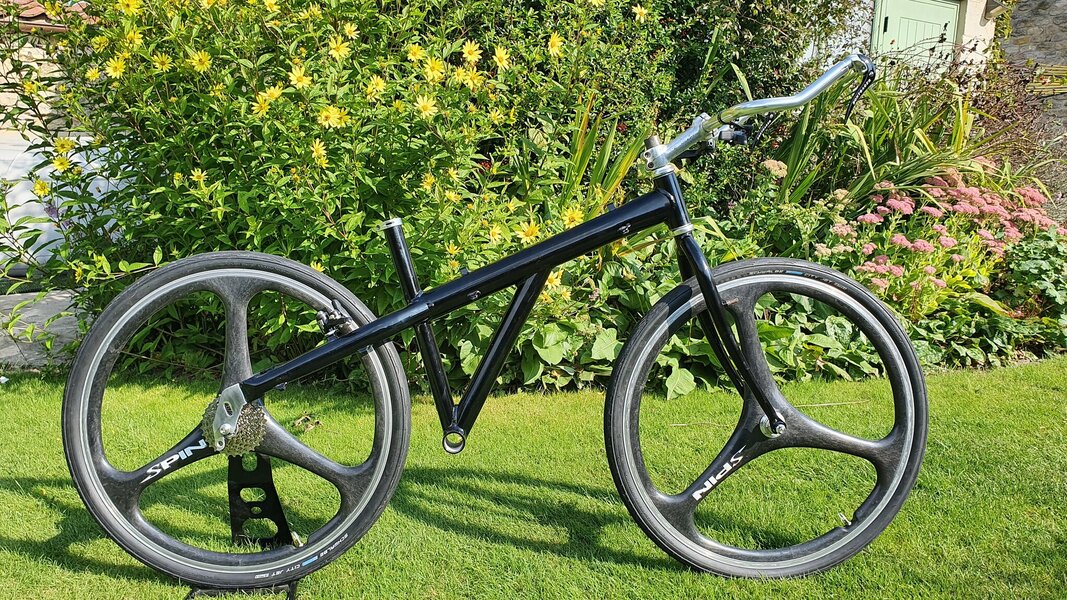