So I've been looking for an early 90s Orange Prestige for a while and I narrowly missed out on one local to me a couple of weeks ago. I was ideally after a complete bike mainly because I don't have any spare parts but this morning I happened across a frame on eBay. I felt sorry for it and put in an offer based off the one picture and a brief discussion with the seller. The only major issue is apparently a seized bottom bracket.

So I have a frame, but no forks, no wheels or tyres, no groupset, no bars, no stem, no saddle and no seatpost.

I fear this could get expensive!

Anyway here's a picture of what I've bought. I'm thinking it's from 1992 but I can't check until it arrives. More to come as I formulate a plan and source the various bits and pieces. 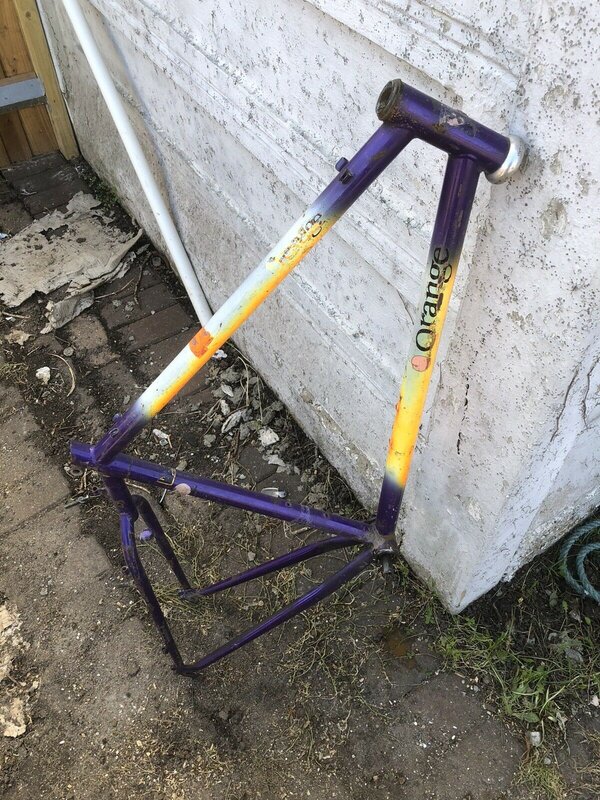 It's always nice to build a bike that you owned as a kid.

That's the one from ebay with the interesting start price right? Great base for a project, what colour are you thinking?

brocklanders023 said:
That's the one from ebay with the interesting start price right? Great base for a project, what colour are you thinking?
Click to expand...

It's was yes £1234 he actually had it on two listings (frame and frame1), a placeholder to take advantage of an eBay seller discount I think.

I paid £50 including postage.

Not sure on the colour yet, the one I had originally was black like the Clockwork you're selling but with the older decals. I'm tempted to go for a fade but not sure who I'd use.

That's a decent price to be fair. I think Argos have been used for fade jobs in the past but have a look at the old Clockwork thread as I'm sure there will be examples there.

Black is the classic Prestige colour though, especially with the large, spaced out orange decals. 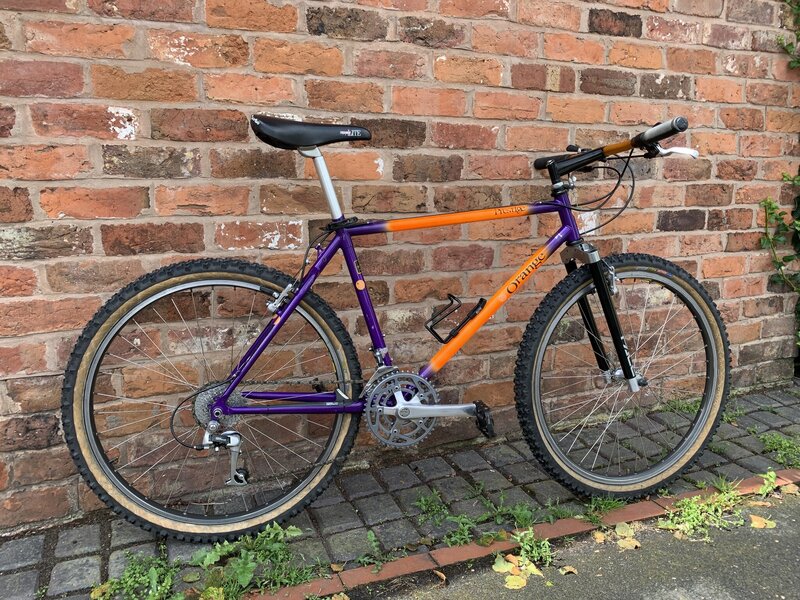 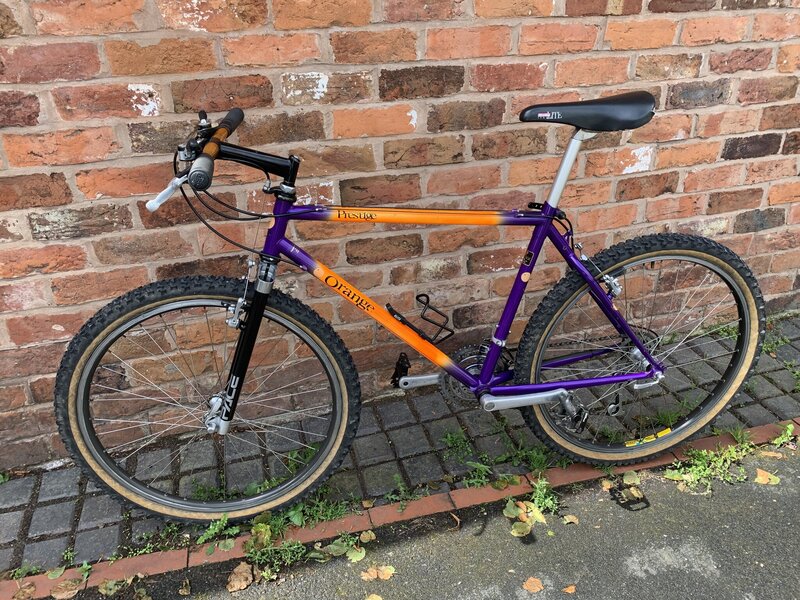 clockwork davo said:
I’d spotted that on the bay then it vanished I did wonder who picked it up
Just finished one in the same colour

That looks great. Is it original paint work? What year is it?

Yep orginal paint, I think it must have been hidden in a heated cave it’s whole life !! And it’s a 92

It arrived this morning and oh my word it's had tough time. The bottom bracket was hell of a state both sides rounded off and axle mashed in from, I assume, repeated whacks with a lump hammer.

I've drilled it out but still have the bottom bracket sleeve to cut out. Should be fun... 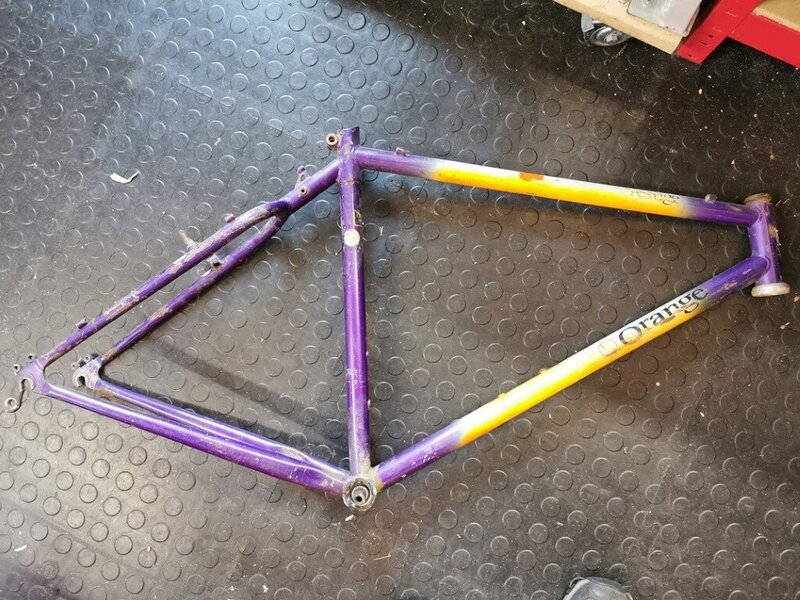 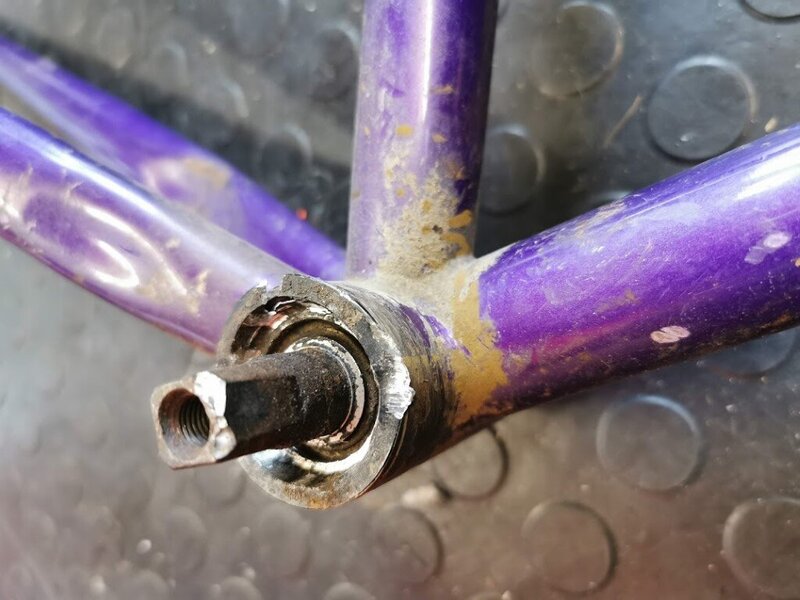 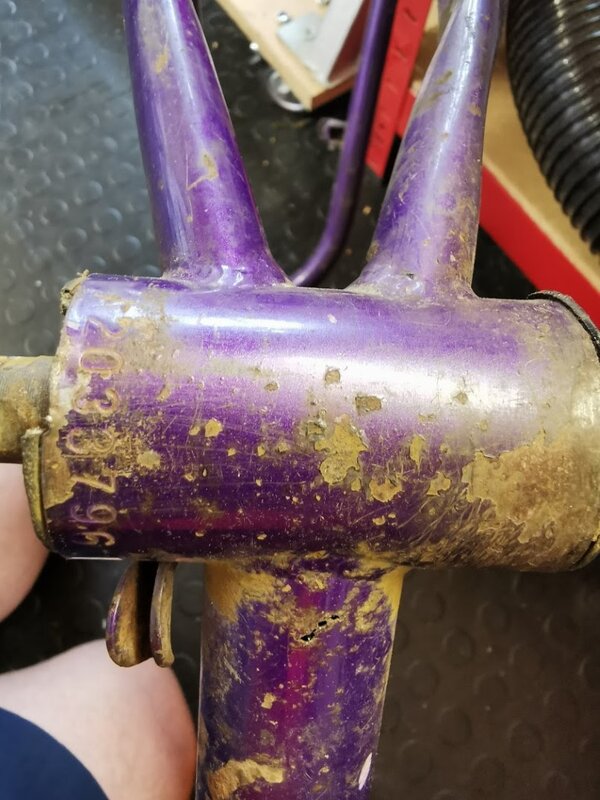 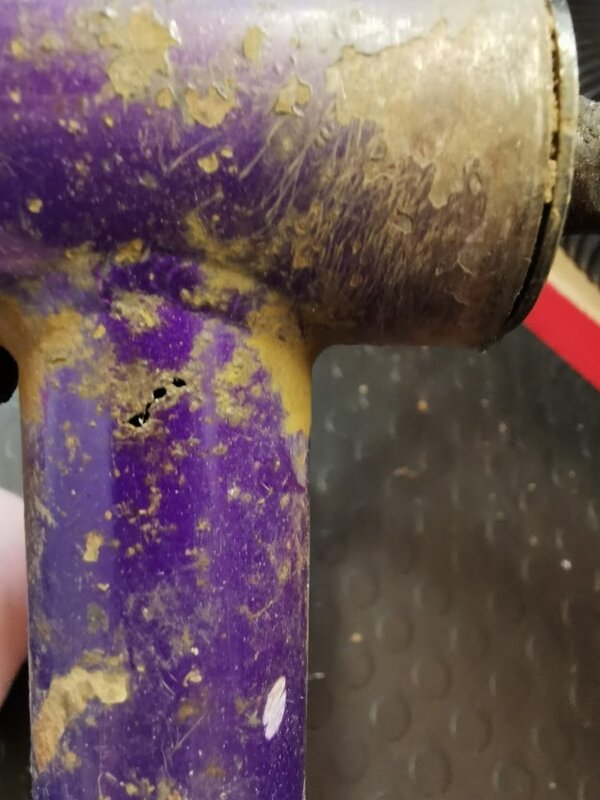 Bit naughty of them not to mention the obvious rust damage. March 92 frame by the look of it, are you going to save it? I had a Prestige in similar condition. Old work mate took it to weld but no idea if he still has it!
You must log in or register to reply here.