Some of you may have seen @Bogi's post in the For Sale section a while back:

Well, a few emails later and out went the S-Works (finished*, not sold), and in came the Team Issue from 1992.

Christian was infinitely helpful during the sale and especially understanding regarding payment and shipping to the US. So after a long wait for shipping and customs to do their thing, said frame and forks arrived in a box looking like this earlier in the week: 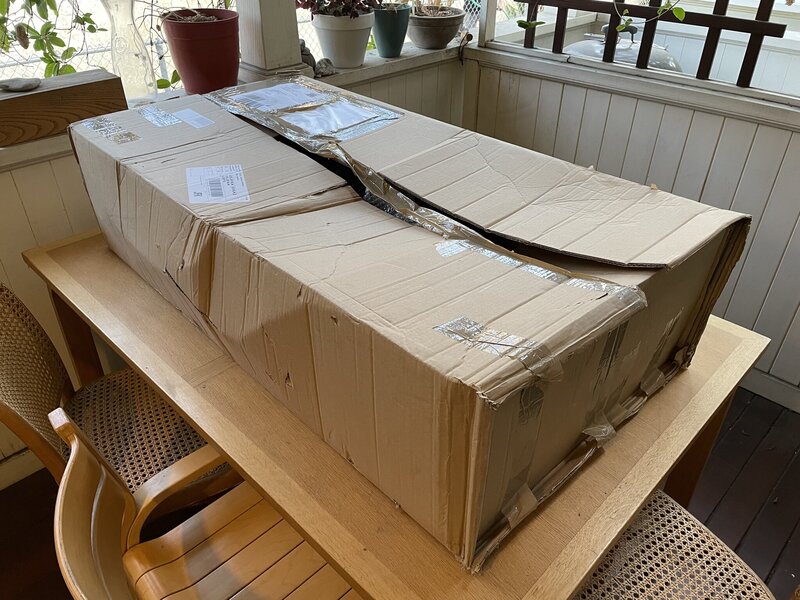 Fun fact: DHL is also the abbreviation used by the regular German postal service, which I didn't know before! That meant the package got transferred into the hands of USPS once it got to the USA.

Luckily everything arrived in one piece: 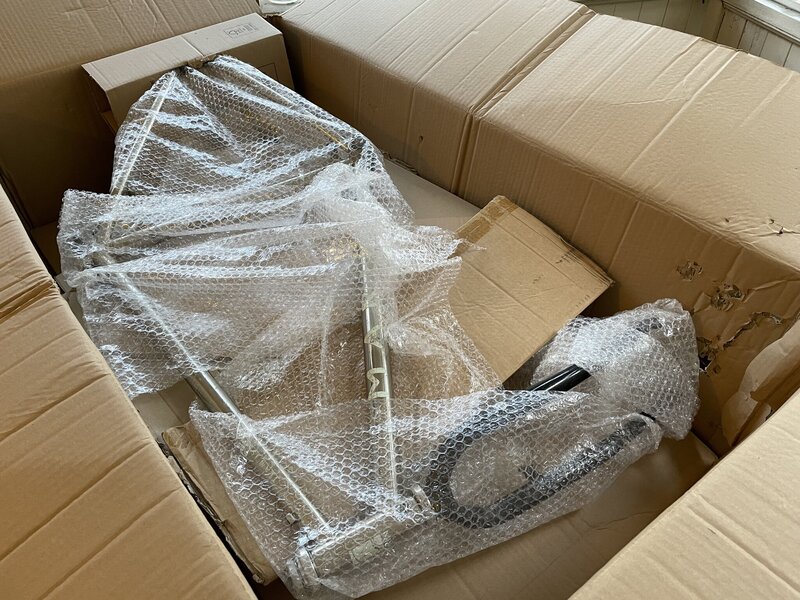 Which is a minor miracle considering that box and the postal services used!

Anyway, here's what was inside: 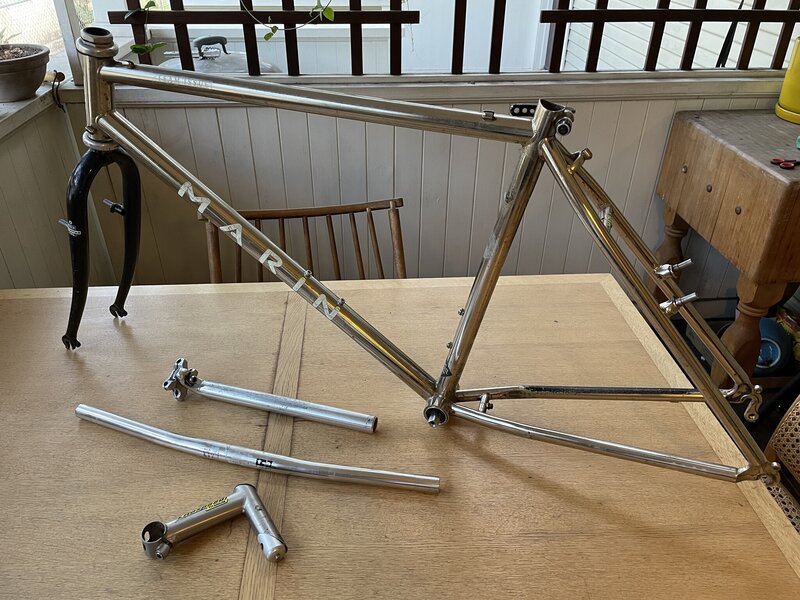 Well, I probably won't be keeping much of what you see here, other than the frame, headset and bottom bracket (assuming those are in decent shape once I get them out). I was loosely looking for project from around 1993, but 1992 is even better, I think. I can go a couple of years either side, hunting for parts, and that opens up a few more interesting options and possibilities.

There are no specific plans for the build yet, although I do have some ideas, of course.

And have already made one major purchase!

But we'll get to all that in due course.

Two things you can count on from me in the meantime:

1. It won't be catalog spec (I may not even go catalog-correct with the decals!)

2. It will be a bike built to ride, made up of components I once lusted over and still do, from a period in keeping with the frame itself.

So for the sake of argument, let's say somewhere between 1991 and 1993 for this particular Team Issue. With a little wriggle room either side, depending on what's out there, of course!


*The S-Works actually isn't finished at all, but back in the bike shop having it's first repair work done. Hopefully! The mechanic reckons there's about a 50-50 chance of saving that crank!
Last edited: Jun 26, 2021

A few more detailed shots of how everything is looking straight out of the box: 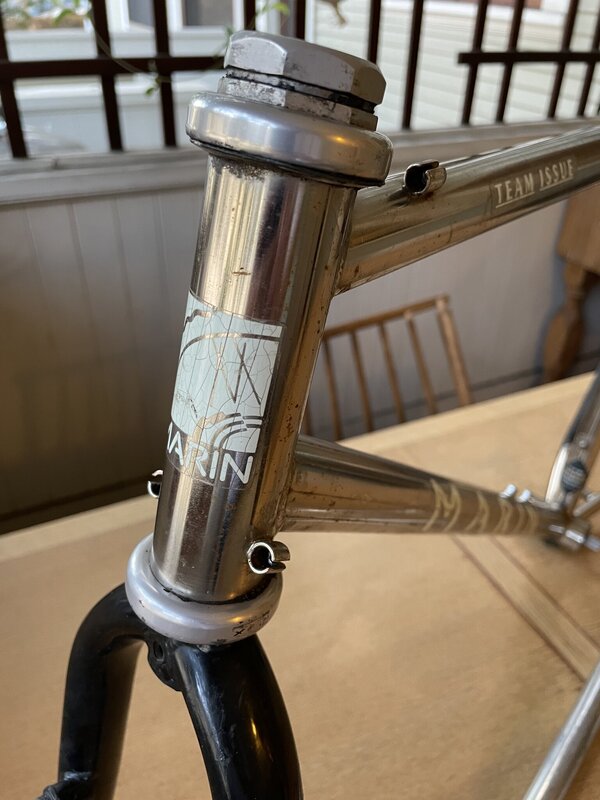 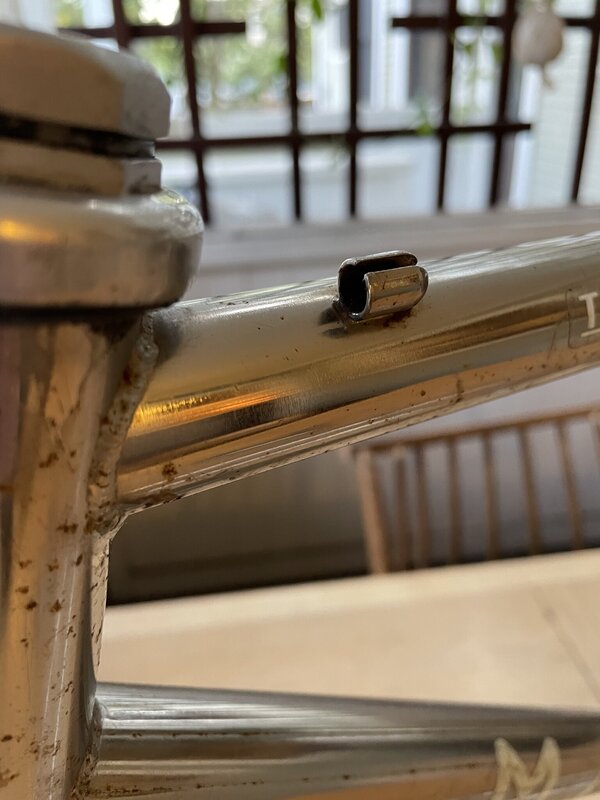 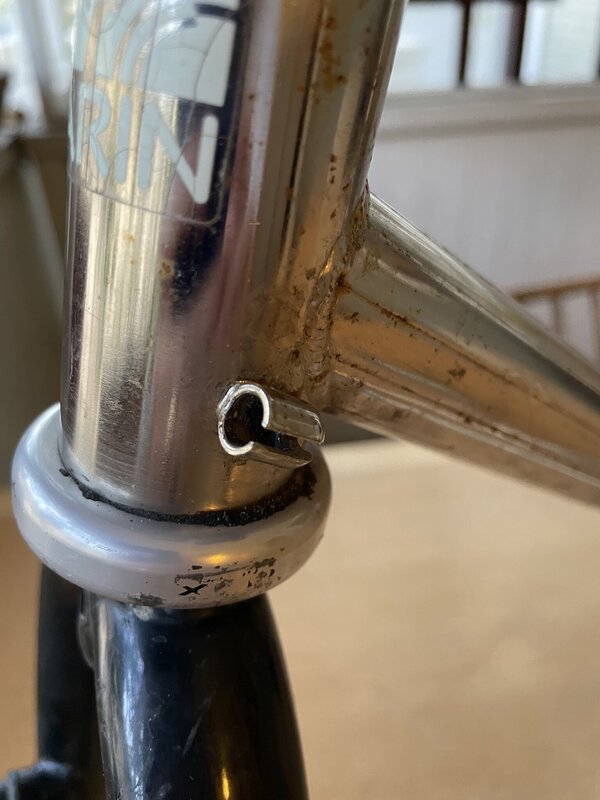 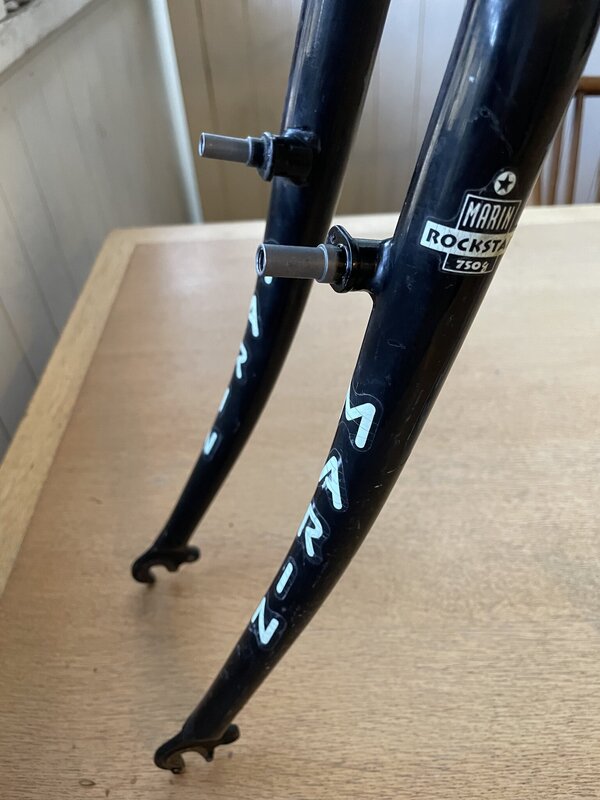 Having just come from one "mass-produced" frame to another (whatever mass-produced meant in 1992 and 1994, respectively), I'm blown away by the lovely little details this Team Issue has compared to the S-Works. 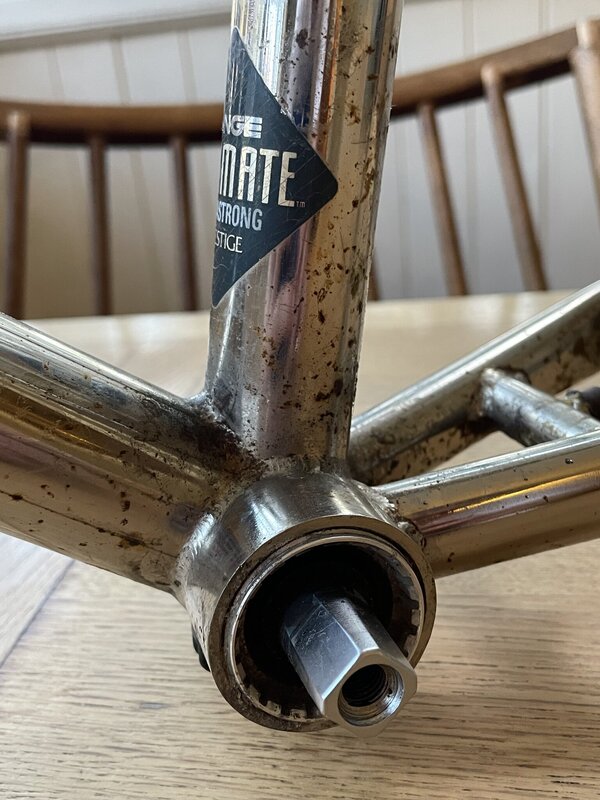 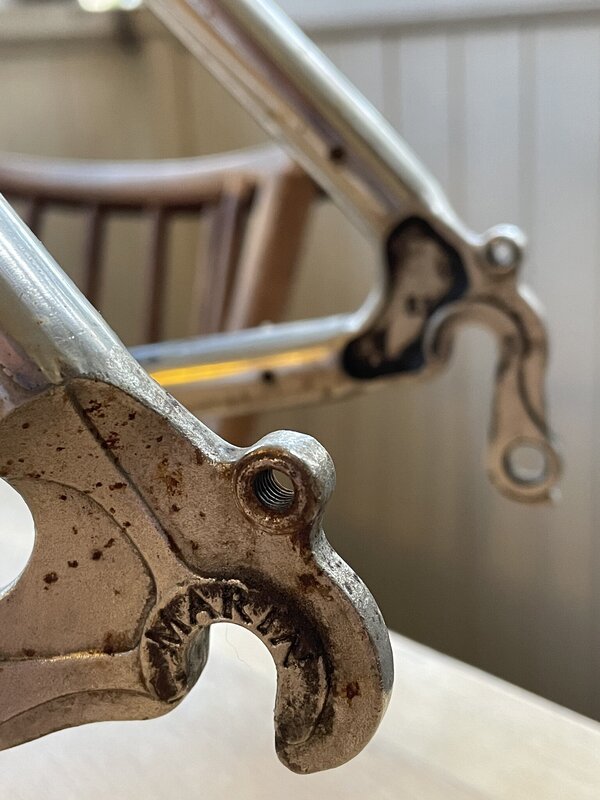 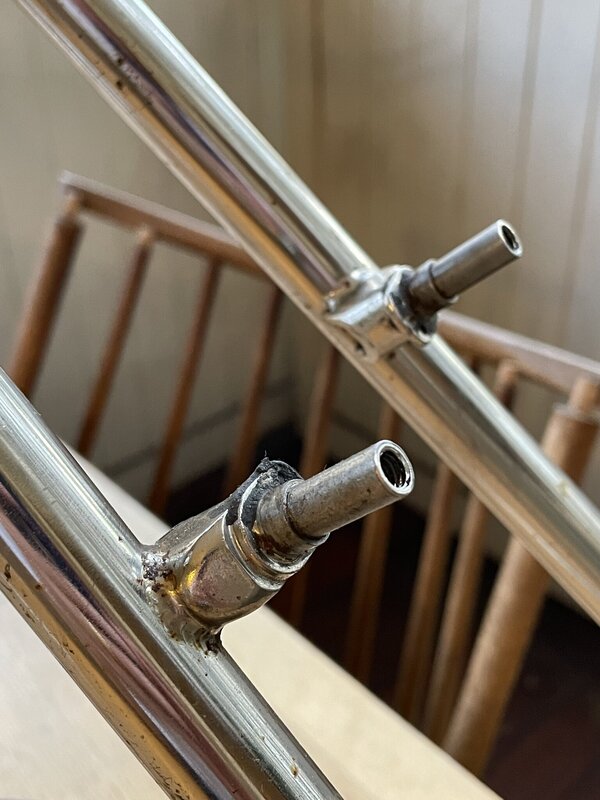 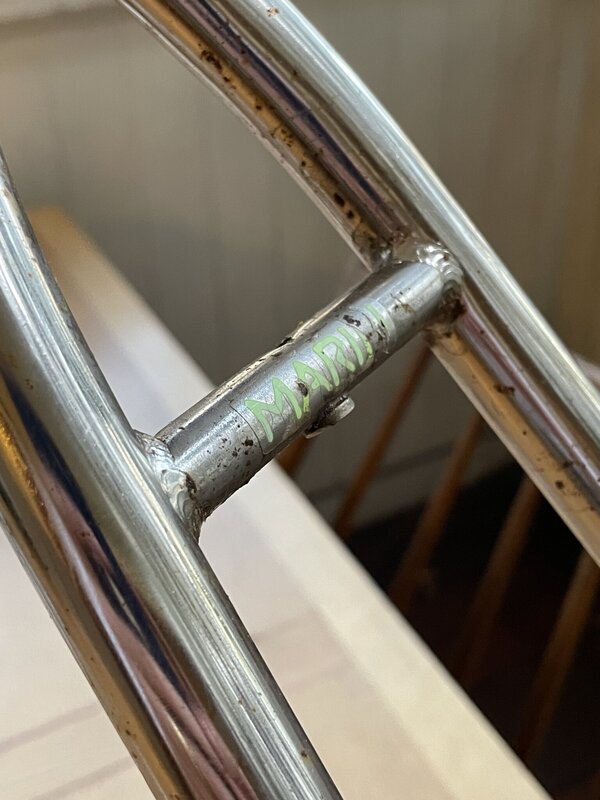 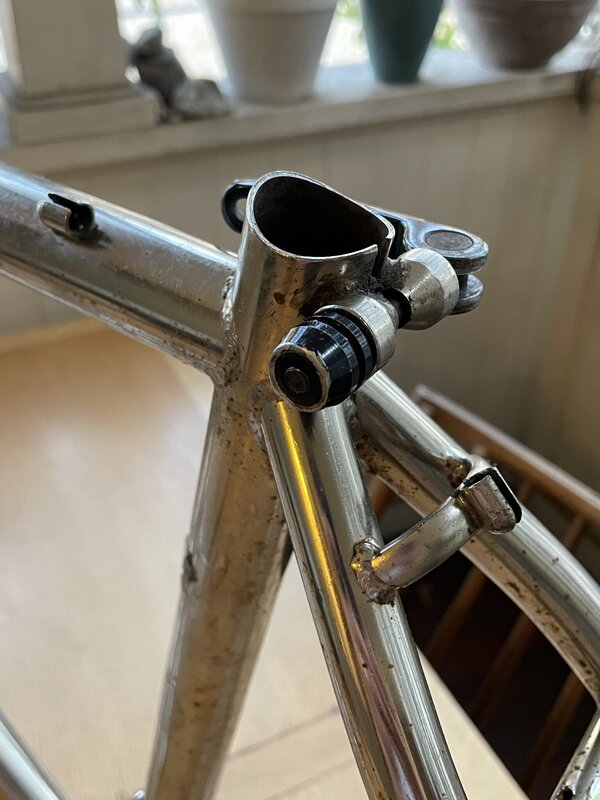 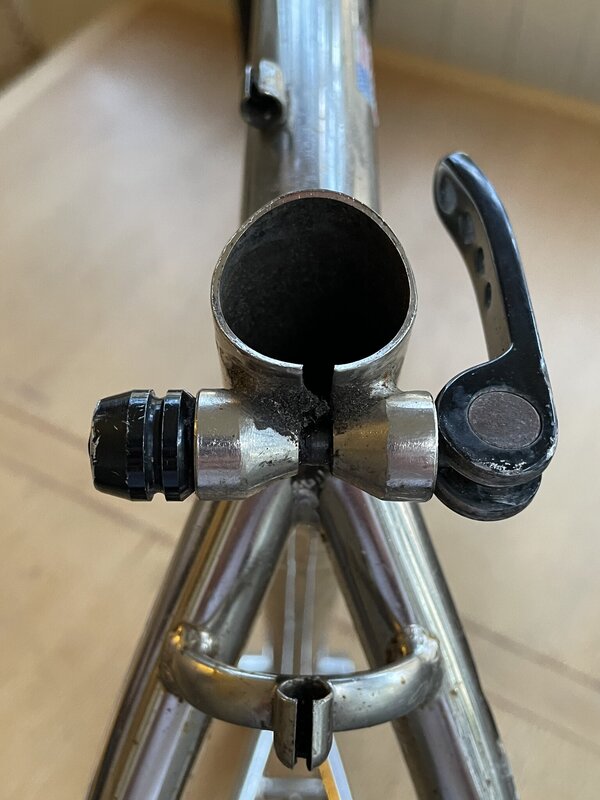 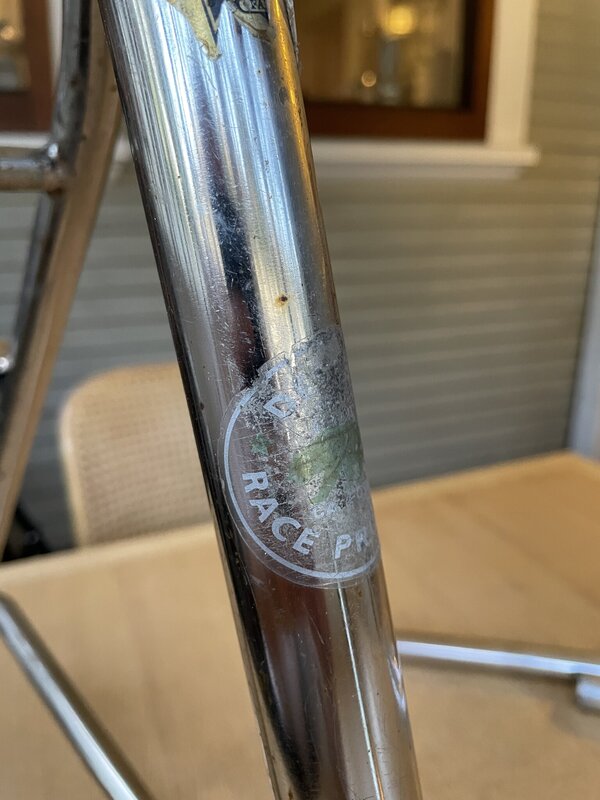 A hint of the original neon yellow decals! They've mostly faded entirely to white. Which is a look I actually quite like! 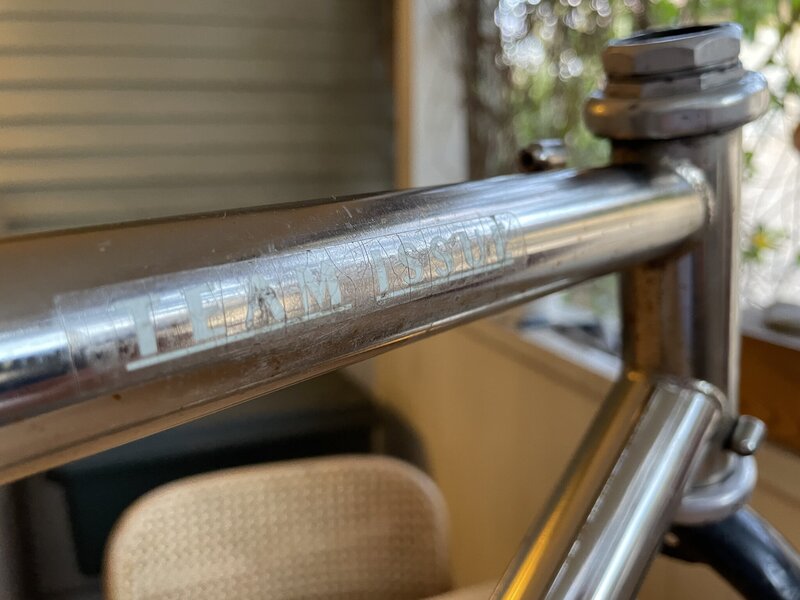 Nice to have some of the original bits, too. Even if I don't plan on keeping them on the finished bike! 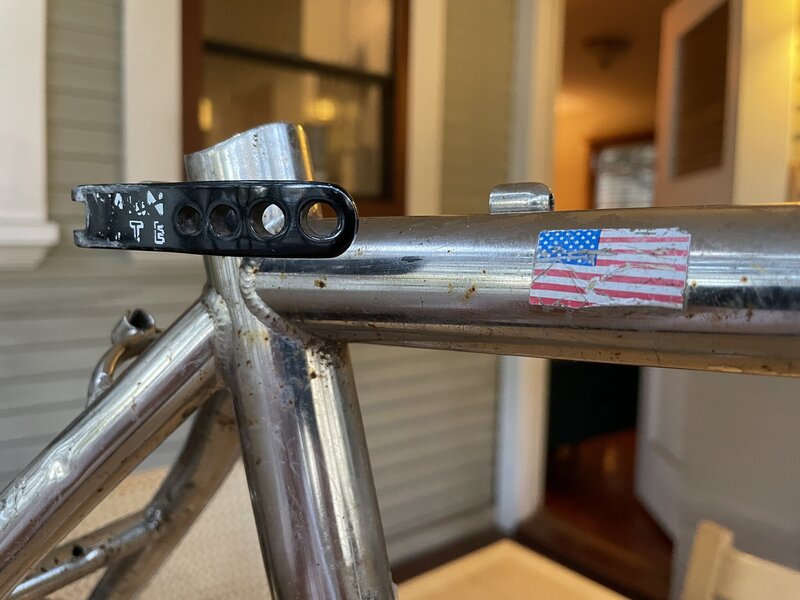 That ding you can see above and below appears to be the only real damage to the frame on the first pass over. 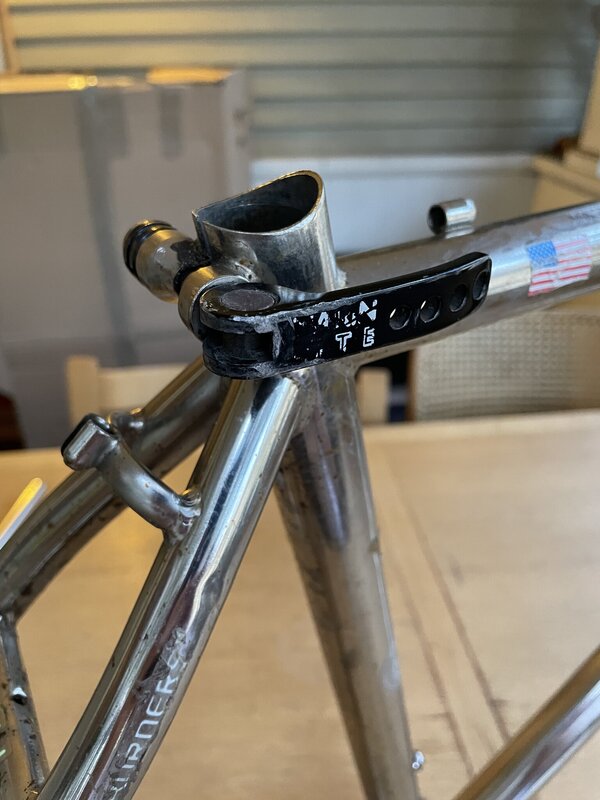 A couple of shots showing the ribbed/riffled Tange Ultimate Prestige tubing, and the serial: 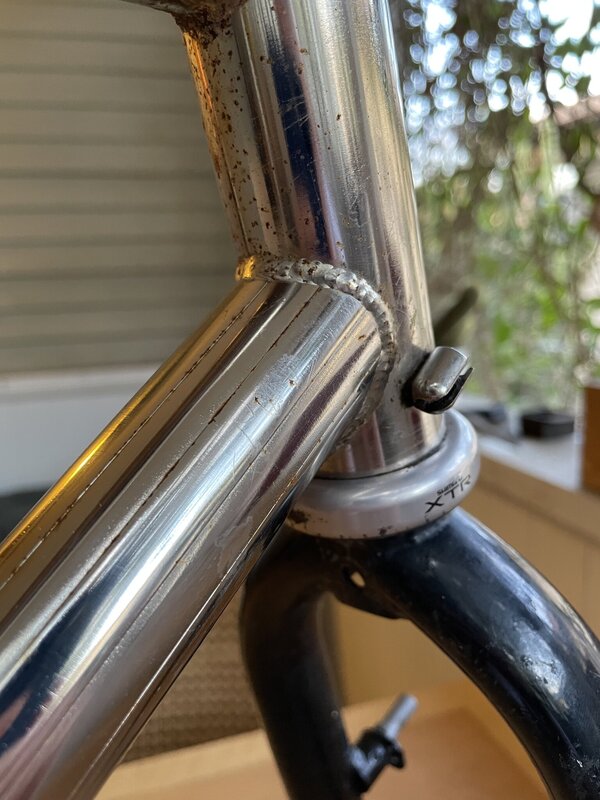 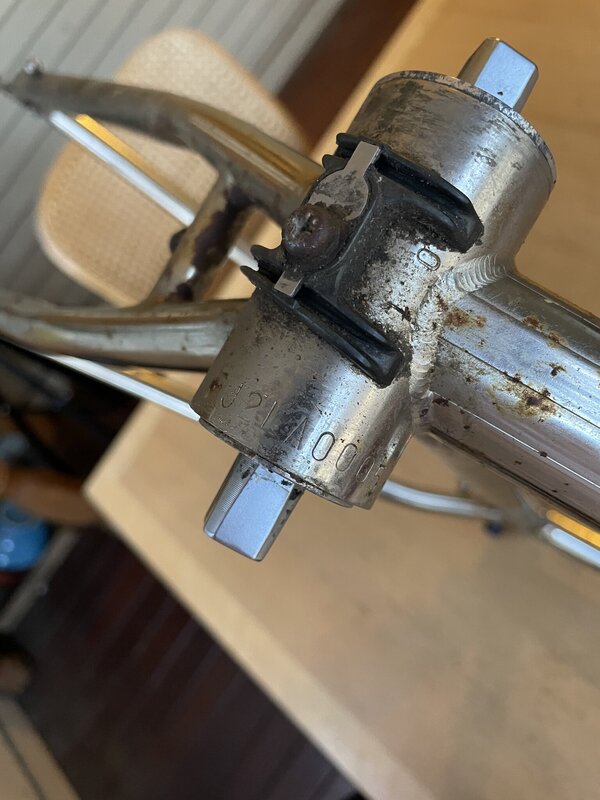 And finally, in the stable, with as many bolts as I could get out, ready for the removing of the headset, forks and bottom bracket this weekend: 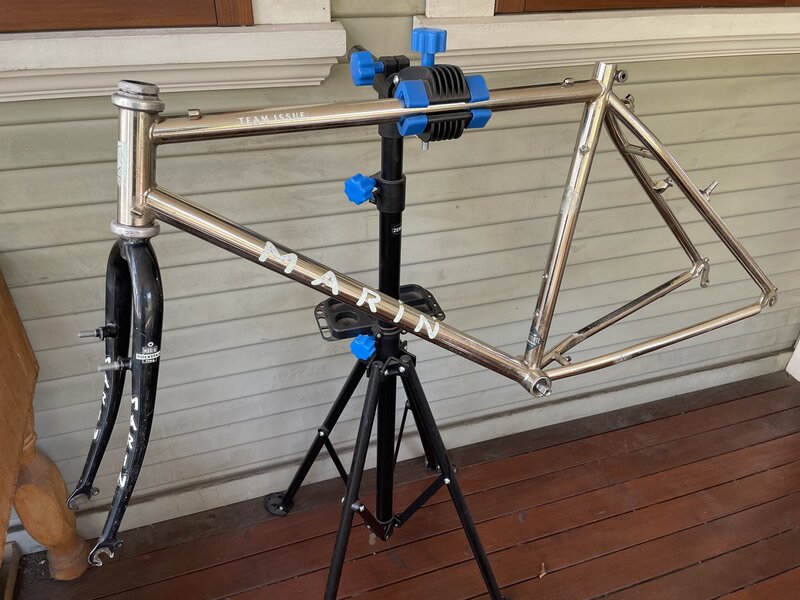 Then it'll be onto the cleaning and polishing!

Luckily there's been a plethora of threads on here over the years on polishing up frames just like this, especially those with a nickel finish. I'm not fully committed to my approach yet, but if I have this straight: I'll need to use Spontex/GT85 first (well, the US equivalents, because for some reason we don't have GT85 over here), to remove all the surface pitting, followed by paint stripper to get rid of any leftover lacquer; then polish everything up as I would anything else (Maas, Autosol; plenty of elbow grease Etc.) Is that right?

Or is it an either/or, sort of deal?

Should I invest in a little Dremel/buffer set for this project do we think?

Anyway...all tips, suggestions, things to do or avoid are welcome!

Got it in the end then mate

Nice project!
Came across this Marin jersey on Vinted, a second had clothing app, for just 12 EUR:

It is in France, I think.

Beautiful.
Hey, I cant speak of keeping catalogue spec as going full m900 would frighten me. Also you can easily get away with sugino compact, m750, 737 blah blah, black wall tyres...itll look the cats' knackers.
Roller stem and factory decals would be my vice though.
As long as you dont slap 1 x 10 hollowtech 2 and 740mm riser bars.

SpecializedSworks15 said:
Got it in the end then mate

A relatively quick purchase decision, followed by a protracted payment schedule and delivery

Very nice, are you keeping the rigid forks or going the suspension route?

marc two tone said:
Beautiful.
Hey, I cant speak of keeping catalogue spec as going full m900 would frighten me. Also you can easily get away with sugino compact, m750, 737 blah blah, black wall tyres...itll look the cats' knackers.
Roller stem and factory decals would be my vice though.
As long as you dont slap 1 x 10 hollowtech 2 and 740mm riser bars.

Hopefully I don't let you down!

It's somewhat annoying that it came with XTR M900 throughout originally, as obviously the temptation is to go that route. Especially being such a fan of that group in the first place, and seeing as how it came to me with the M900 bottom bracket and headset in decent shape.

I also already went half M900 on the S-Works, so it might be nice to do something different with this one?

(Plus I can always switch it around later, if I want!)

Which means I may mix it up and go with XT M735 for front and rear mechs and cassette (always preferred that particular edition) and a mishmash of chainrings and cranks upfront.

(I think I know what I want, in that regard. Finding and affording it, however...)

I have some leads and purchases pending that will help with some of this, but I guess I'll wait to see what works and what doesn't, and how I feel as things start coming in.

Anyway, lot's of indecision already, as you can see! Another reason, other than all the cleanup work needed, that I expect to make somewhat slow progress on this one.

Taking a break from pit-removal to watch the football!

The aforementioned bottom bracket wouldn't come out for love nor willpower, nor brute strength. The vice did take a nice little chunk out of the dining table mind you, when I gave up with the wrench and tried the tool-in-the vice-with-the-bike-on-top method, for extra purchase and leverage!

The force just dragged the clamp across the underside of the table instead, rather than shift the bottom bracket even a millimeter!

So I think I'll just take it into the LBS this week, before I do some real damage to the BB, or the threads themselves! Be nice to save it, if possible. Even if I don't use it!
Last edited: Jun 27, 2021

Magpiegifts said:
Very nice, are you keeping the rigid forks or going the suspension route?
Click to expand...

But more on that in due course

(I maybe slid something pretty into the vacant hole, to check the steerer length when I stripped the frame yesterday. And it maybe, maybe, looked pretty bloody nice!)
Last edited: Jun 27, 2021
You must log in or register to reply here.