rBoTM Triple Crown
rBotM Winner
A bit later I know but I've got a 105 equipped B'twin with carbon forks and rear stays in the garage, it's a very nicely made thing and was great value used so must of been new but sadly I can't get on with the modern frame geometry no matter how I set the saddle and bars so its had very little use under my ownership.
W

This is not going well.

The freeze spray with Sponge pitta wrap did nothing except facilitate me to snap the top of the seatpost off in the vice.

The sabre saw did not cut far enough into the post.

Time for some chemistry. 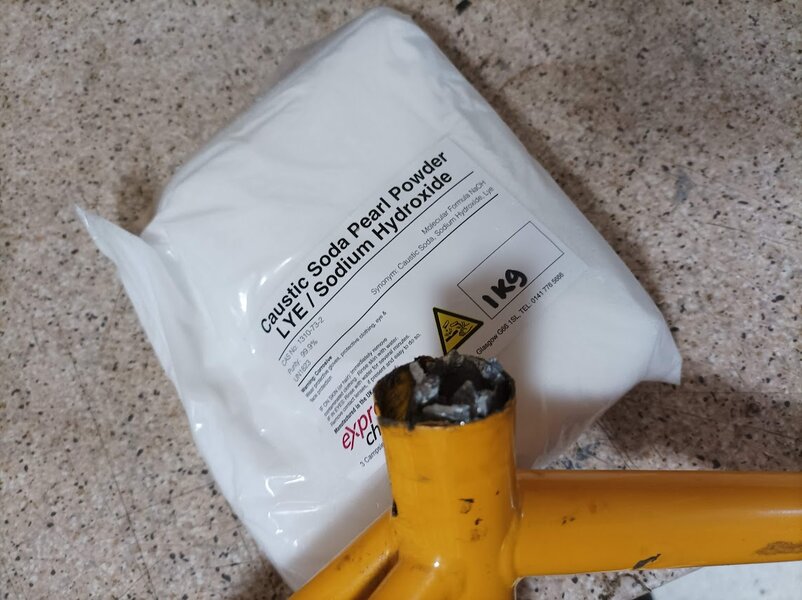 The frame details looks almost identical to a black Columbus tubed Peugeot Competition I bought for my son some years back. Could there be a link?
W

peetee said:
The frame details looks almost identical to a black Columbus tubed Peugeot Competition I bought for my son some years back. Could there be a link?
Click to expand...

Probably, for sure the Decathlon bikes would have been sourced from a French company at this time.
W

And this may be 1999 given the STI and gearing is 8 speed, I heard 8 speed rsx was one year only? Although these were marked 100ex
P

averagebiker said:
Not for me it doesn't, posing is not my thing. I am happy to ride an uncool brand if it gets me as a good a bike that would cost me 25-30% more if it had a cool name on it

In fact I am one of those people who gets a kick out of not falling into the brand trap. That's why I drive a Kia lol
Click to expand...

Im like you also, so cant disagree. Unfortunately business exists on brand image and loyalty both of which ££s to the sales price, usually for no better a product.

was8v said:
Probably, for sure the Decathlon bikes would have been sourced from a French company at this time.
Click to expand...

My thinking too. That bodes well for your caustic soda treatment then. I did just that on a Peugeot frame and there was no damage to the paintwork at all.
N

1999 lower spec from their R range (7.1) but rode fantastic (still does, although not in this guise)
originally had in house cranks and a steel fork but I got a good price on some carbon forks off a scott and I fell very very lucking in a mix up over some new cranks that netted me the SLK carbon jobbies. oh and the wheels, rigada rims on no name hubs, still got them, still run like new but got swapped out for shimano something somethings. 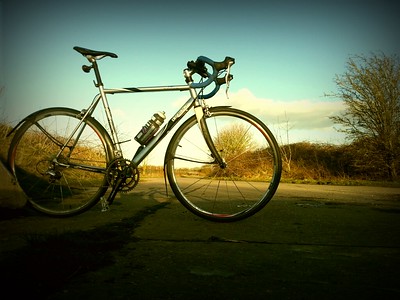 Sun set strip. (Air strip that is) by David Rees, on Flickr

bought in this fair isle as there was a decathlon store in Stockport, I seem to remember the pricely sum of 450 quid with Sora 8 speed group set for the most part.

a very racey geometry with a very low front end, both these shots were in winter mode with the stem flipped, but in the summer I raced on her in the local TT, right up to around 2010. 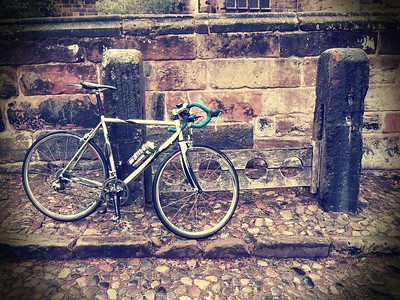 Lock stock and 2 smoking bottles by David Rees, on Flickr

I'll take some more recent shots of her when it isn't minging out there, right now she is single speed with a cobbled together aero (ish) bar monstrosity.
You must log in or register to reply here.