Specialized Fan
As it happens my Blue Indigo came with the RockShox Quadra 21R forks & Black LX brake arms that really belong to a 1996 A1 FS, an upgrade since its original state, which I am of course reverting back to so these will have to go from mine. 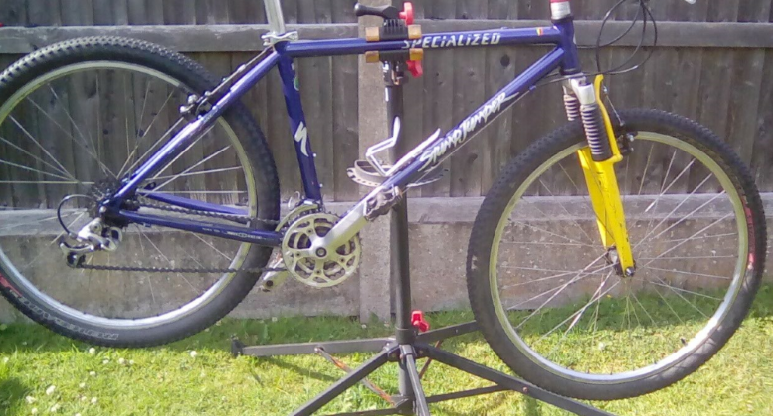 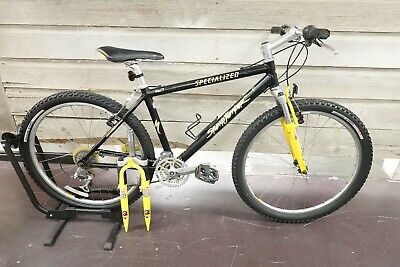 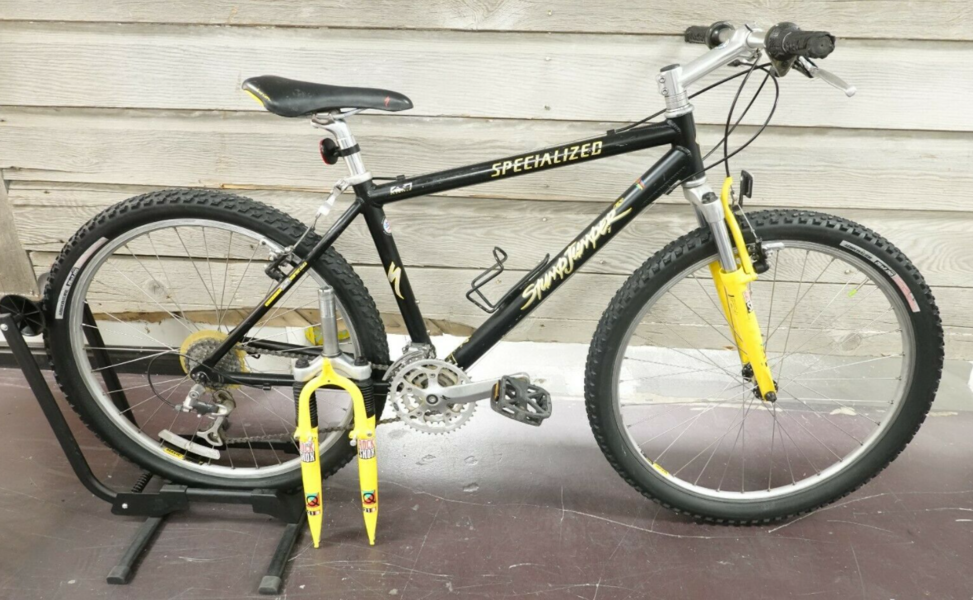 Klein Fan
The forks are hydracoil Judy's. They are coil-spring-"swimming"-in-oil type of forks.I like those. They are very good if you look for low maintainance.
V

That's a nice survivor. I have a '95 S-Works Rockhopper and have put thousands of miles on it. Very nicely made frames.
C

Thias .. - That’s great news re the hydracoil Judy’s, cheers. Low maintenance -- now that appeals.
Luckily when I took the bike round the block the other day I noticed the forks were moving smoothly/progressively through the ruts and pot holes on the city streets round here (like XC

AHAHAH1966. Thank you for the feedback and postings - good to see the detailed specs for the Chromoly FS and A1 FS bikes side by side like that.

Dales is a large long-established bike retailer in Glasgow, and attracted buyers throughout central Scotland and beyond. You got yourself a bargain at £700 back in 1996

I enclose for comparison the Edinburgh Bicycle Co-op 1996 catalogue of the same bike, red & indigo, extolling the virtues of the Tange Prestige chromoly frame, and priced at £799. It recommends (straight face) that if you’re planning a visit to the Andes, you take a Stumpie steel rather than carbon-fibre or titanium!

If you have the space, why not keep both bikes, one in pristine condition, and the other for knocking about on?!
P.S. That’s a very nice original A1 FS for sale on EBay, and a good reference point … that would be my pristine example. 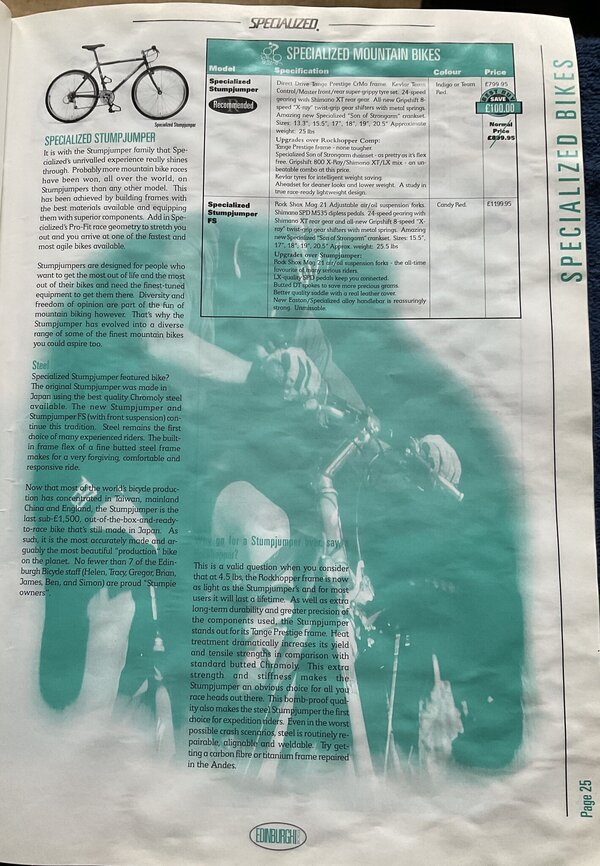 Vtwinvince: Thanks - sounds like a rare 95 S-works you have there. Likewise I’m planning to pile on the miles.

Specialized Fan
Thanks for the Edi Bike page - the Andes comment is very much their style, and great to see the blurb on 'my' bike from back in the day.

In my journey to re-obtain a red rigid steel Stumpy 1996 I've ended up with 7 rigid steel Stumpies from 1992-97 and a retrobike addiction. Something has to give and I plan to reduce by at least 2 down to a mere 5. That'll be the red one that I wanted and eventually found, and 4 of the other 6 I acquired along the way. All great bikes and all for riding.

The good old days of end of season sales got me £200 off the RRP then. Such sales won't be happening again for a few more years given the current demand vs supply for bikes.
Last edited: Oct 28, 2021
W

Sounds like you've had an interesting journey to track down that elusive 96 Stumpjumper with Tange Prestige chromoly frame and in team red --- mission complete!
You must log in or register to reply here.