I've wanted a Yates since being young, my Dad's friend had a tourer built up for himself, and it looked gorgeous and undoubtedly rode the same to say the least. From that moment on I always said to myself I would eventually get one whether it was a road, tourer etc... Until a few years ago when I started to get into the retro side of mountain biking I realised Dave made mountain bikes, I soon made it my mission to end up with one. A couple of years passed and I had completely forgot about them, other things took over slightly and I joined Retrobike when I pulled a old Marin out of a skip and got it up and running on a rainy Sunday afternoon as a pub bike. Time continued to pass and I still wanted one, they did turn up , but they were either too small or I missed the topic :facepalm: . One did turn up in late summer 15 miles away for £750 :shock: !!! I did think about throwing him a wildcard offer as it was February and he still had no interest, until one Friday morning....

Before heading off to go and do the same old routine I thought to myself and did a quick search on the for sale forum, and managed to find a 2 year old advert, a Yates however in a 21" ! I was ecstatic ! So the bike was bought on the following week and arrived for the next week.

It was originally owned by Orange71 an AEC on the forum: 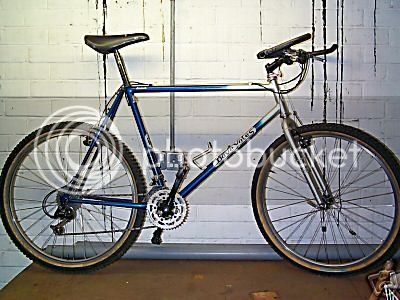 Ed emailed Dave asking about the bike and this is what he got back with:

It was then Passed on to Dakkar who converted it for touring in the Scottish Highlands: 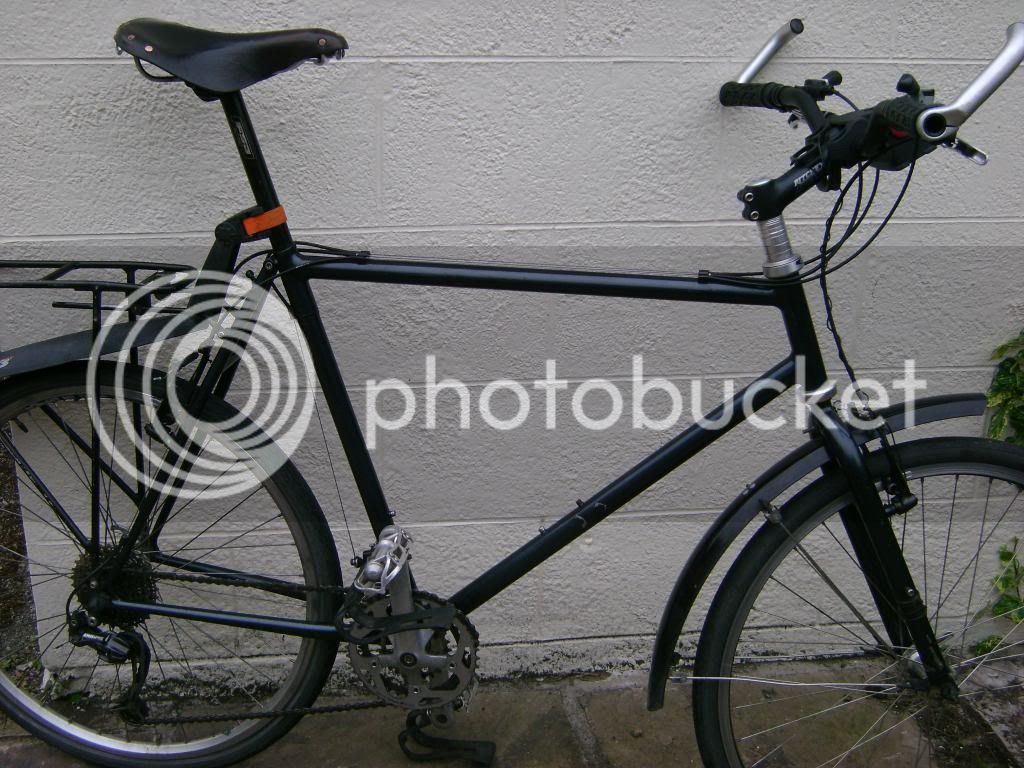 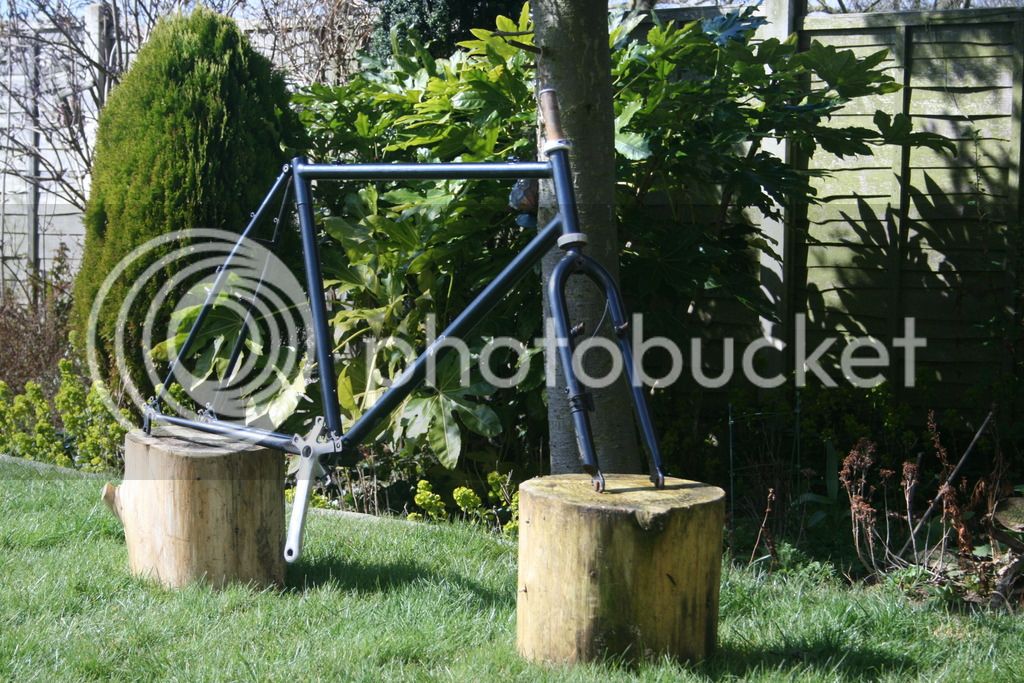 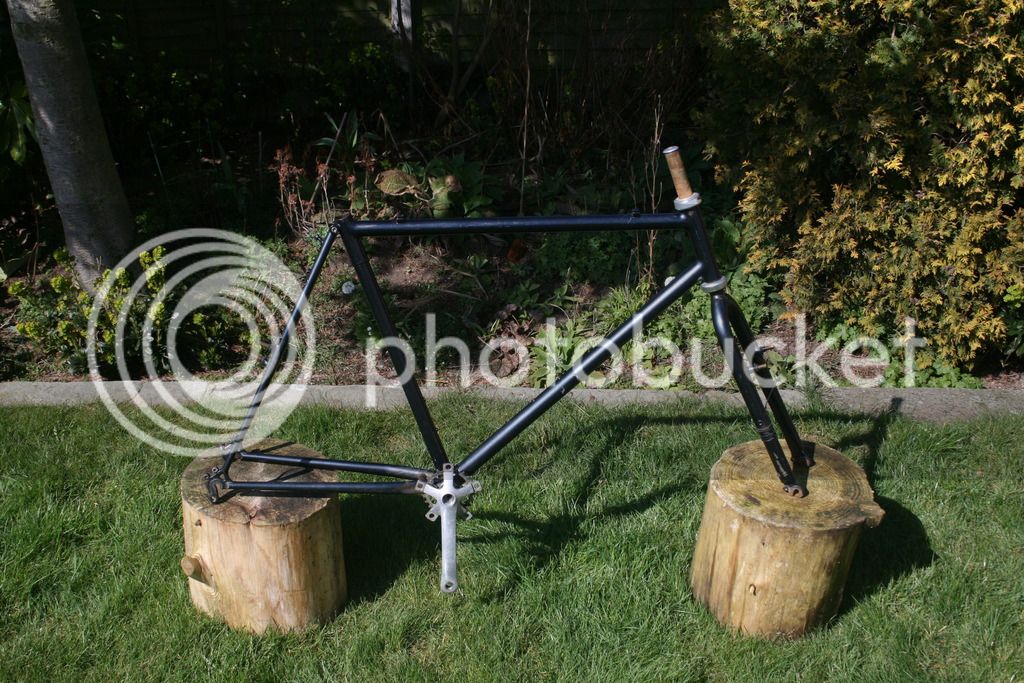 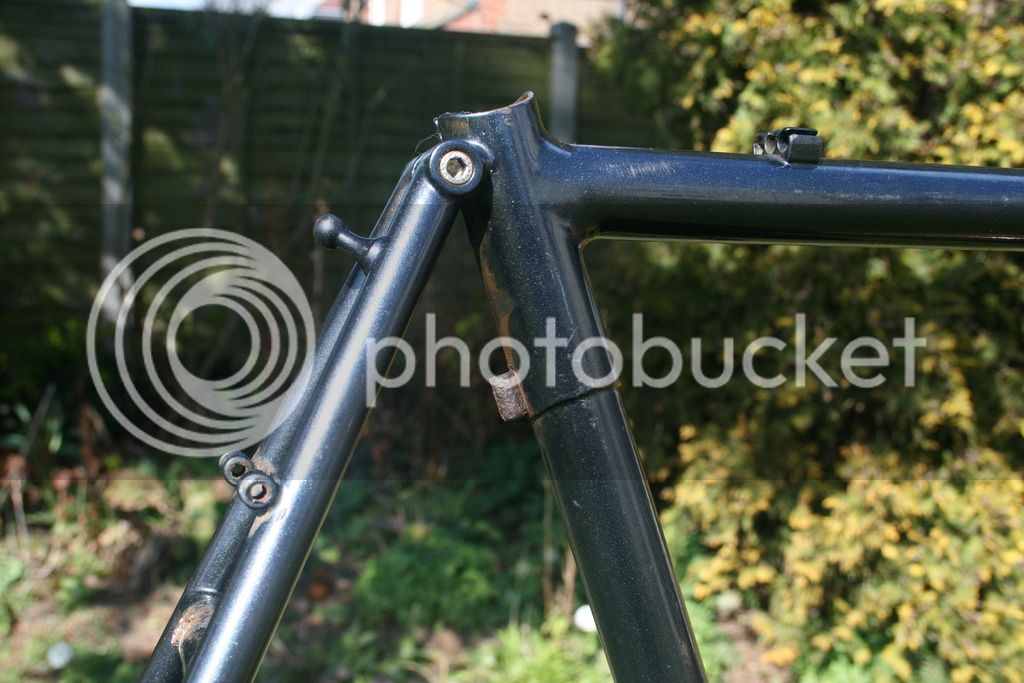 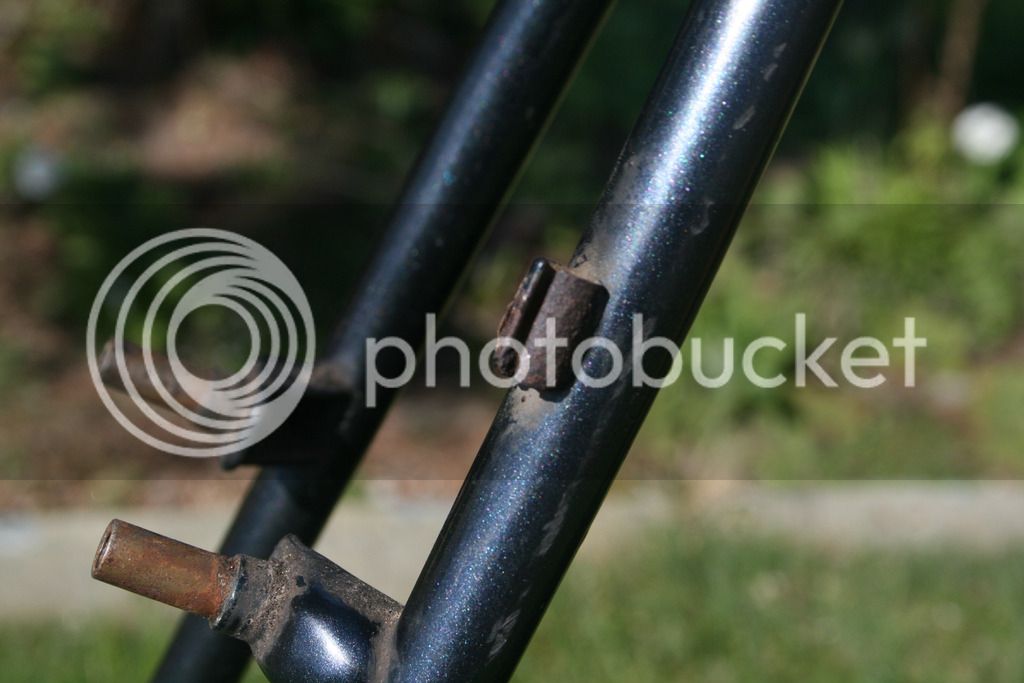 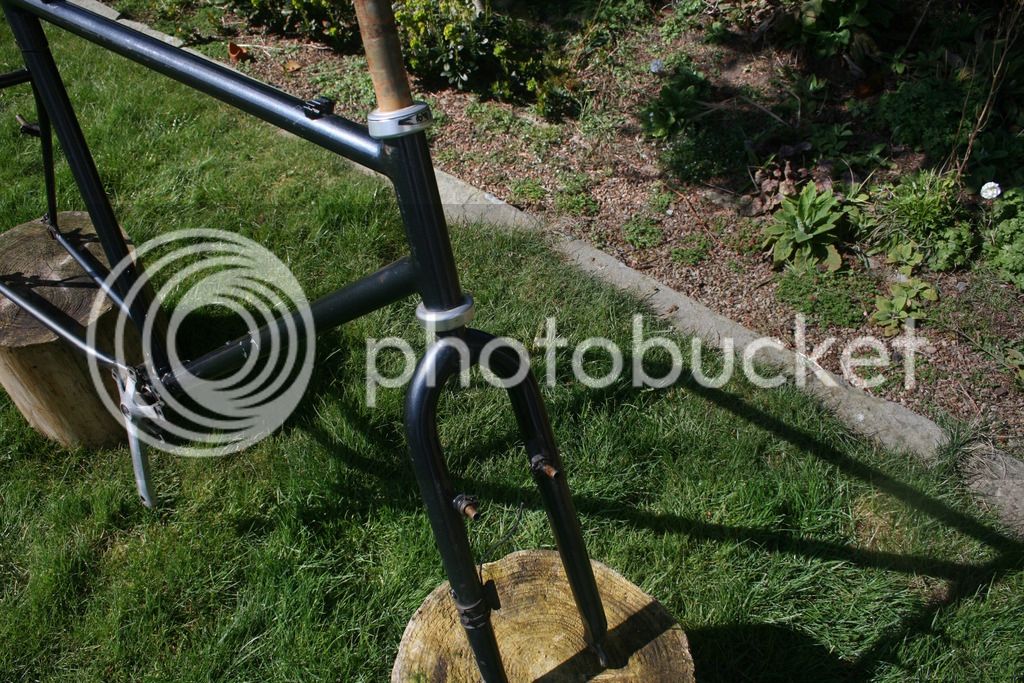 I was considering to just decal it up when I got it however the paint is quite rough and two of the cable guides have been penetrated quite deeply by rust, so the frame will be taking a trip to the man who built it for some shiny new replacements. And at the same time a new coat of paint!
I did consider taking it to Argos, Bob Jackson or even the frame-builder Kevin Winter who lives a short walk away from me but I think it's nice for the frame to be repaired by the original builder.
Is it normal that I have already decided on colour ? I did fancy splatter at first and even a Stone Roses themed re-paint, I don't know what I was thinking either :roll: . But I think a dark metallic purple (similar to Cadbury's) will look nice.

I'm going to buy the parts for the frame first, build it up and see if everything is fine and then send it away for some TLC.

Nice, are you going retro or modern with this one...?

I'll be going retro, I have a XT groupset in line and I think some RC35's will look the part ?

The original paint is similar to mine and very much of the time, nice to have it to your own taste though.

Looking forward to watching the build.

If it was original I'd have kept it that way however I fancy something a bit different and you only live once so..

I should have more to come in the next few weeks .

Thanks for posting Ollie I will be watching with keen interest.

Great to see you got one, I know it's bigger but geometry looks a lot different to mine, anyway look forward to see the transformation unfold...


Dakkar":29ubltvy said:
Thanks for posting Ollie I will be watching with keen interest.
Click to expand...

Thanks Steven . Pleasure to be in ownership of the bike .

Great to see you got one, I know it's bigger but geometry looks a lot different to mine, anyway look forward to see the transformation unfold...
Click to expand...

Thanks Calvin, yours is looking great, cannot wait to see it finished .

That looks to be a real project. Looking forward to the result! Nice find.

It will take some doing and I thought it would take me till Christmas when I got it but I've managed to get a few bits and pieces so that time has been shortened. For that extra time I thought the build would take will be taken up by a project obtained yesterday .
You must log in or register to reply here.