Been on here a while reminiscing about the good old days and thought it was about time I put a build thread up on my project.

I was originally on the look out for a 93 Indian Fire Trail as that is what I was racing on way back when. Still got it in the rood of the workshop, but as a 20.5 inch frame was always too big for me, so was looking for the same but smaller. I still have the large IFT, so may build that along the way too.

A few months ago this beauty of a frame came up, although possibly a little small as I'm 5 11.
I always liked the way the smaller frames looked and as it wont be ridden that much, not too much of an issue. Plus these old Marin's were quite stretched out. Many thanks to guerlain61 for the sale. Frame is in amazing condition, but will benefit from new decals; any ideas?

For the forks, I was lucky enough to be given these. I work in the cycle industry as a sales manager for a distribution company, and while visiting one of my accounts noticed these in the corner of a workshop. When I enquired about them, a customer had dropped them in ages ago as he had no more use for them.

Another luck out as I was given a front Hope Ti hub in purple laced onto a Mavic 521, but finding a rear proved to be an impossibility. So other options were looked at.
That lead to these wheels, which arrived today courtesy of vinnya77 (cheers bud).
Test fitted this morning a look spot on as they even came with Panaracer Smoke Lite tyres.

The rest of the parts fitted are either items I had knocking around in the parts bin; some will stay/ some will go; see spec list below.
As you see, I want to go for fairly period accurate items, but don't want to dwell too much on originality. I'd rather go for components that in my mind work. Looking at an original spec for these bikes, there is definitely parts that I would have changed back in the day. 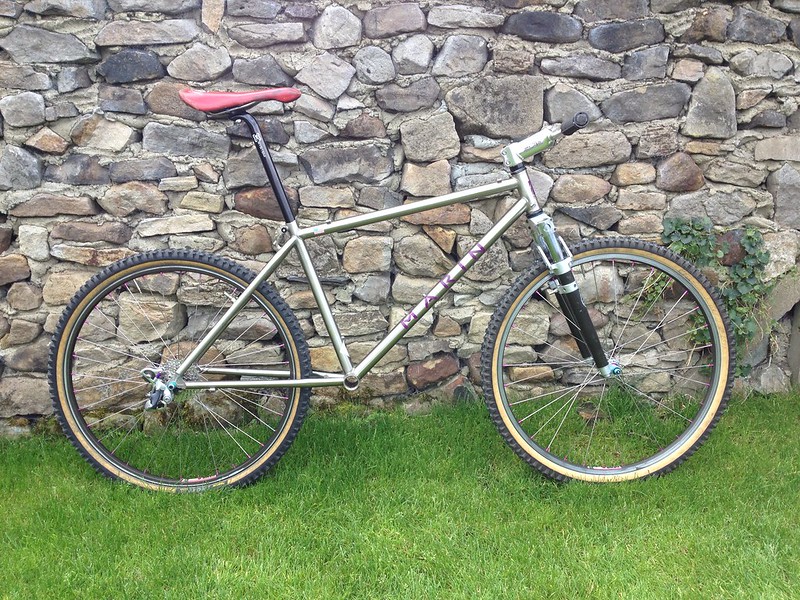 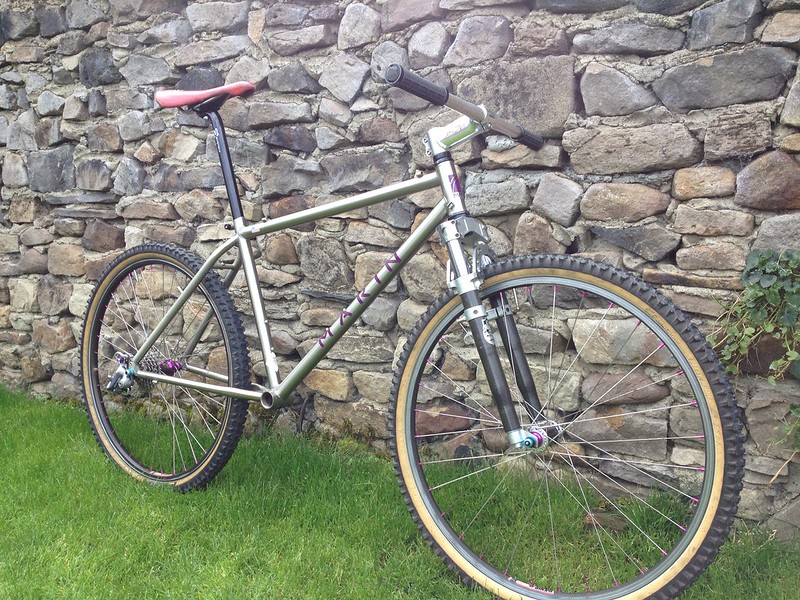 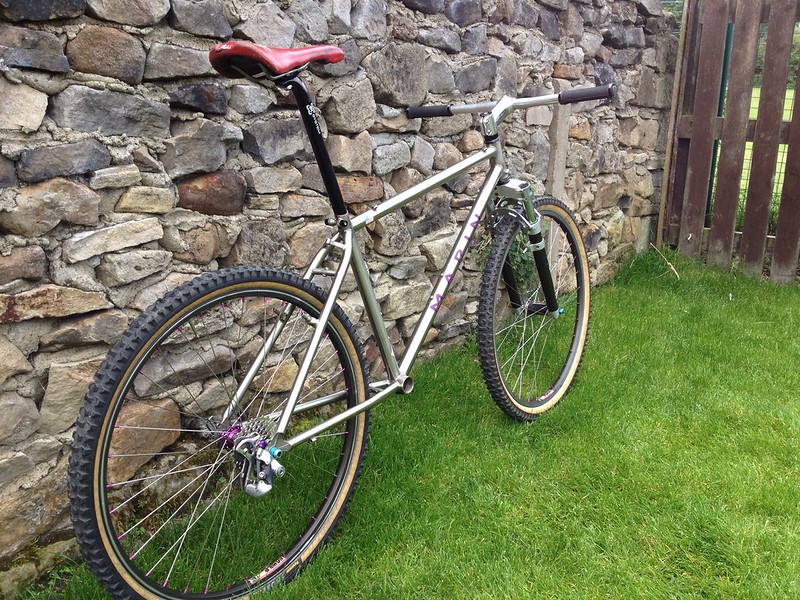 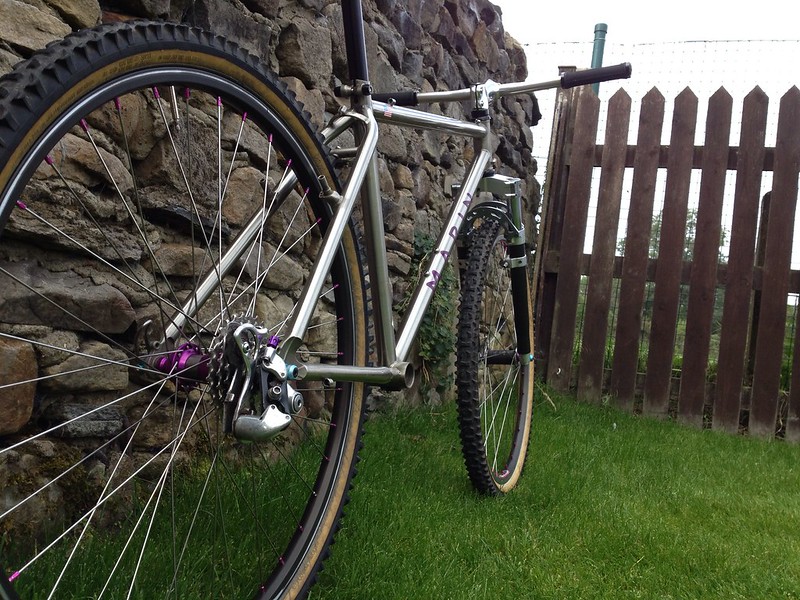 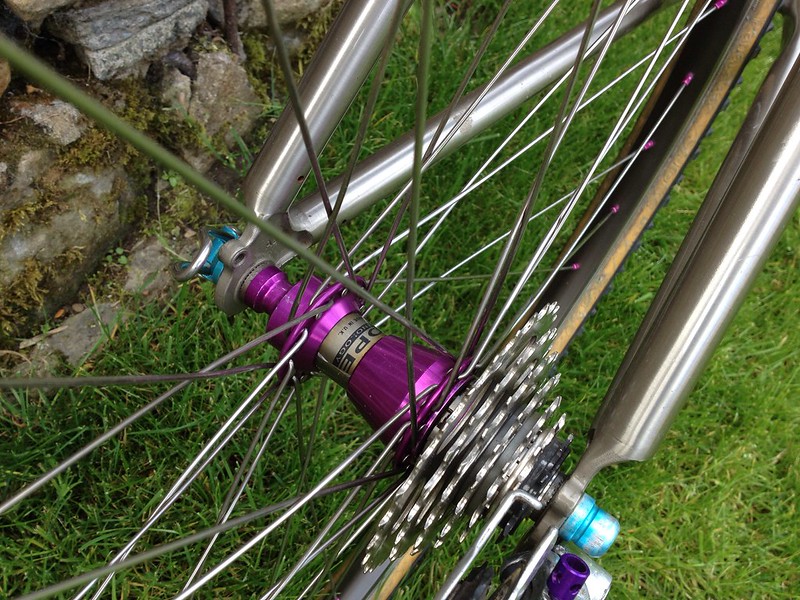 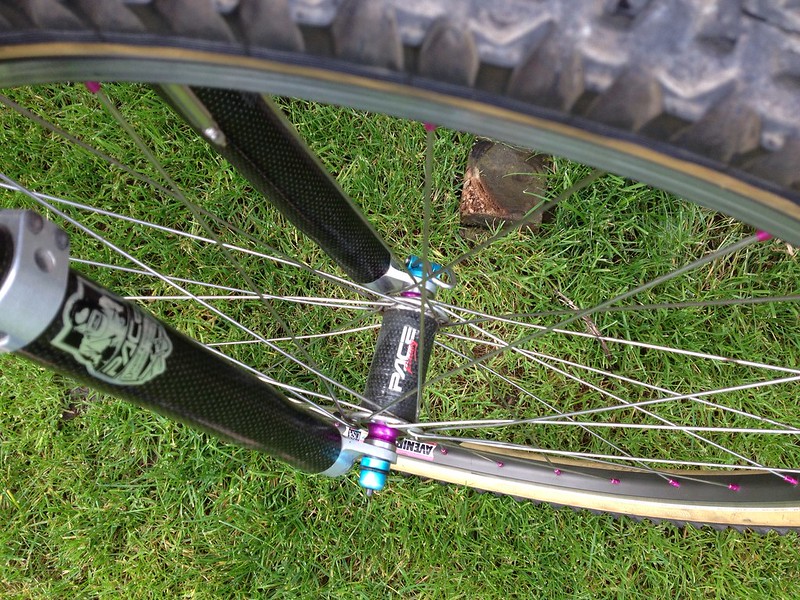 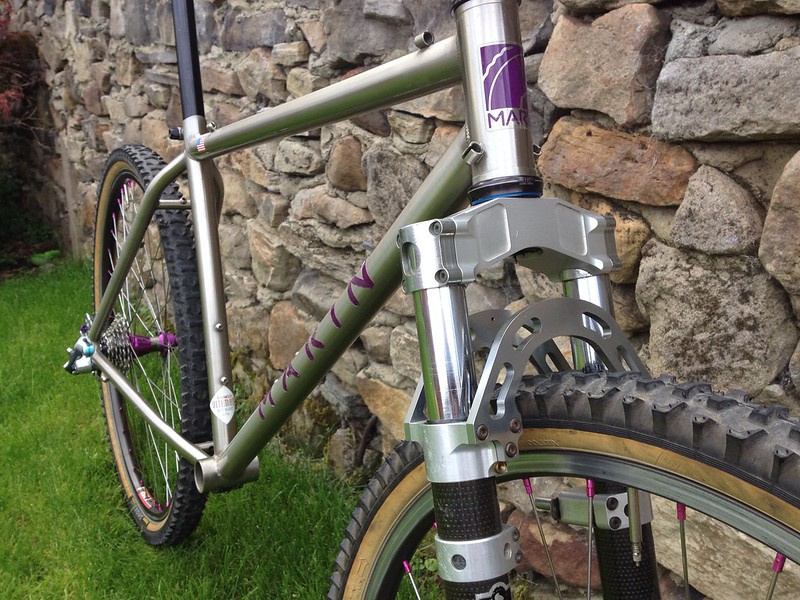 All comments welcome, either positive or negative, I wont be offended.

I'm currently undertaking an epic resto of a 92 Team Issue , you can read about it in the thread below.

Are you going canti or V brakes? Nowt wrong with m900 that deserves to be on there.

I have a full m900 groupset that was on my Team Issue pm me if interested.

Nice example. The tubing is just the best! springy steel.

Yes, the best(please, no smart arses to dispute that).

That's the funny thing with these old bikes, looking at the headtube I could ride that with the post high enough, i'm 6' 2".
Us lanky dudes need a gate of a frame to fully appreciate a frames' riding characteristics. innit pops

The skinny steel tubes look the part. Old aluminium sometimes feels dead and stiff to me. So you are better off with the issue!

Thanks for the comments guys.

Although it's a long term project I'm really tempted to put some old parts on it to get it up and running. Not sure if that will prolong getting it built up properly though.

As the sun was shinning I got out on my modern bike today. When I got back seemed like a good opportunity to get them both out together.

Interesting to see how bikes have progressed in 20 years ! 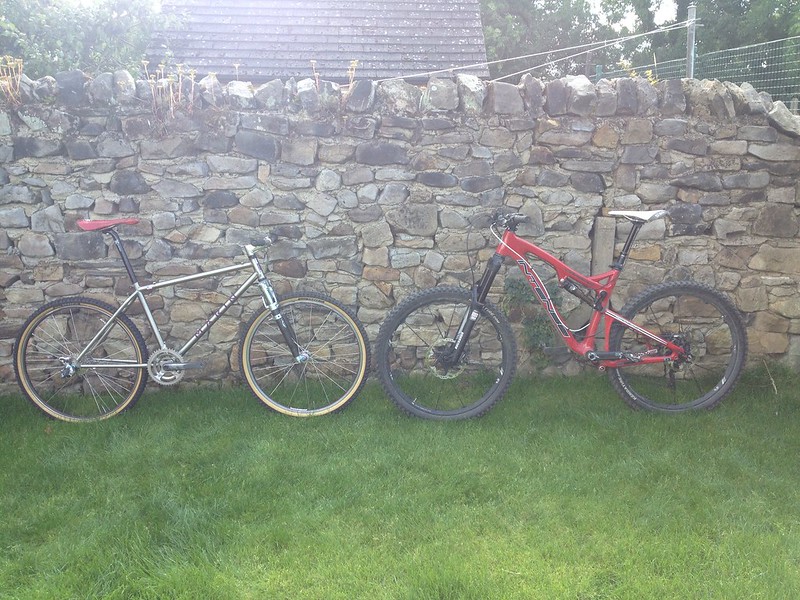 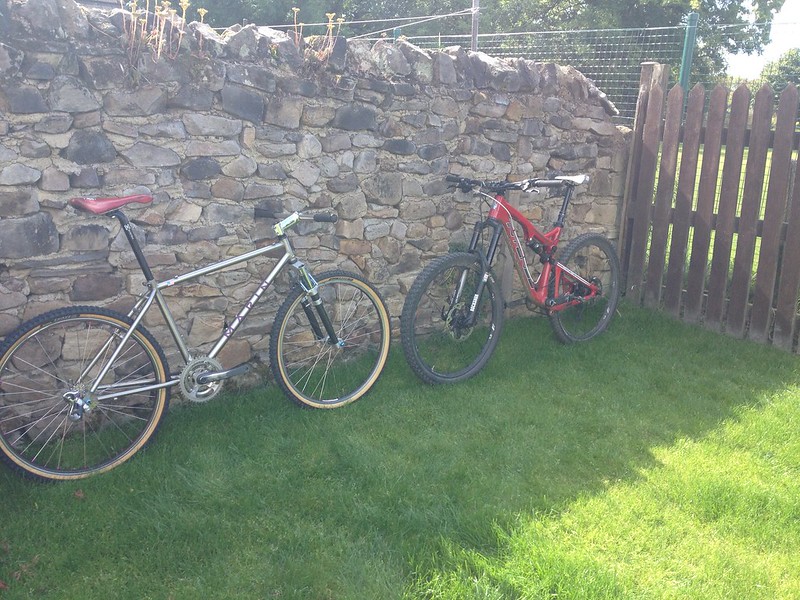 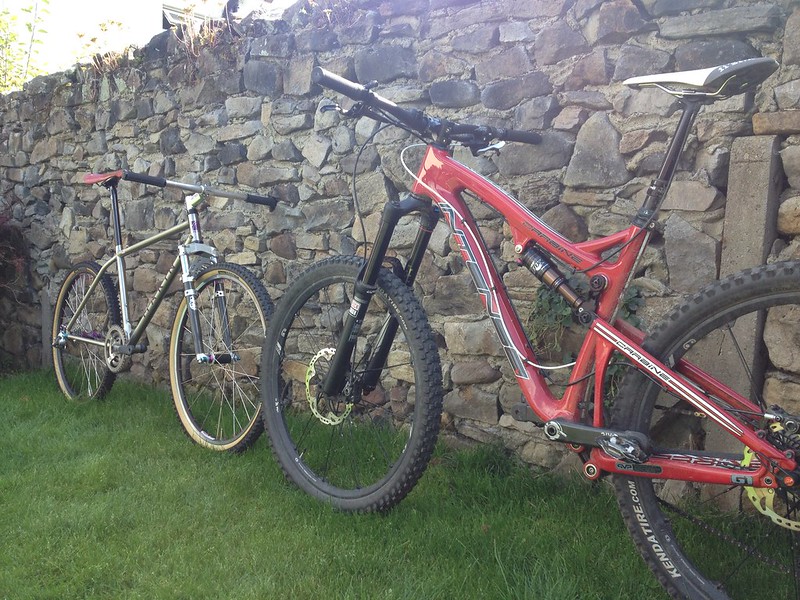 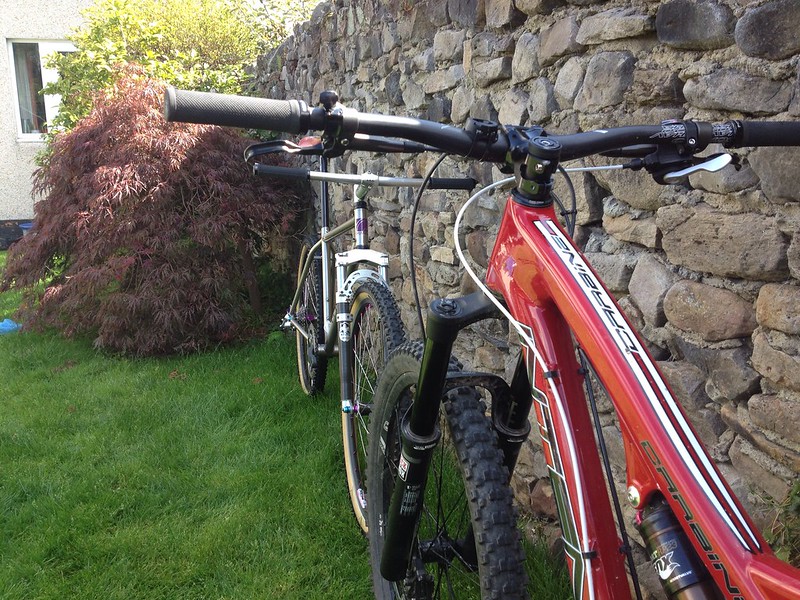 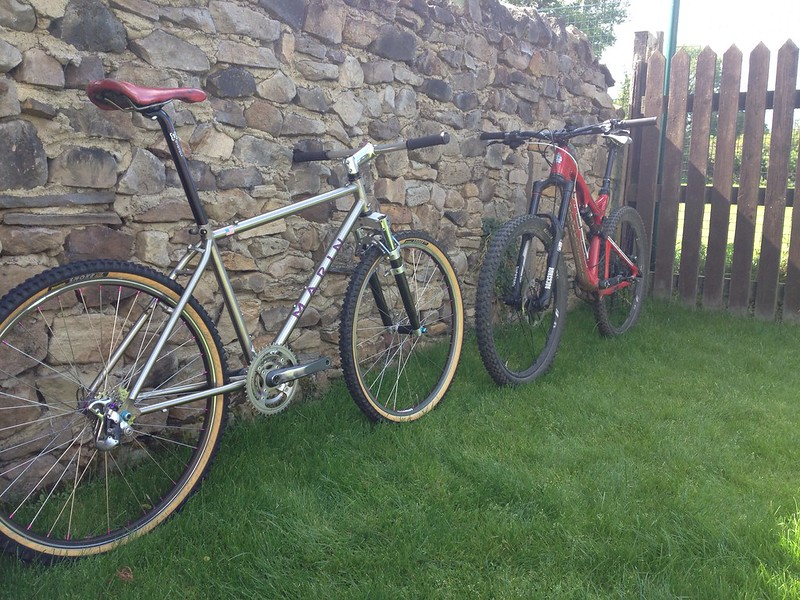 Oh, and have temporarily fitted some M950 XTR cranks for the time being..

Well, I just couldn't help myself.

With cranks fitted, rear mech locked off, chain slung on and temporary rear brake slung on I took the old girl for a blast.

Felt really stretched out compared to my modern rides, even as a 15" frame, may look out for something a bit smaller to bring the bars further in. The frame felt nice and tight, the forks could do with some new elastomers but within a few minutes felt confident enough to give her some beans. Handled really well, shame the brake wasn't as willing !

Managed to get some snaps as it was such a nice afternoon. 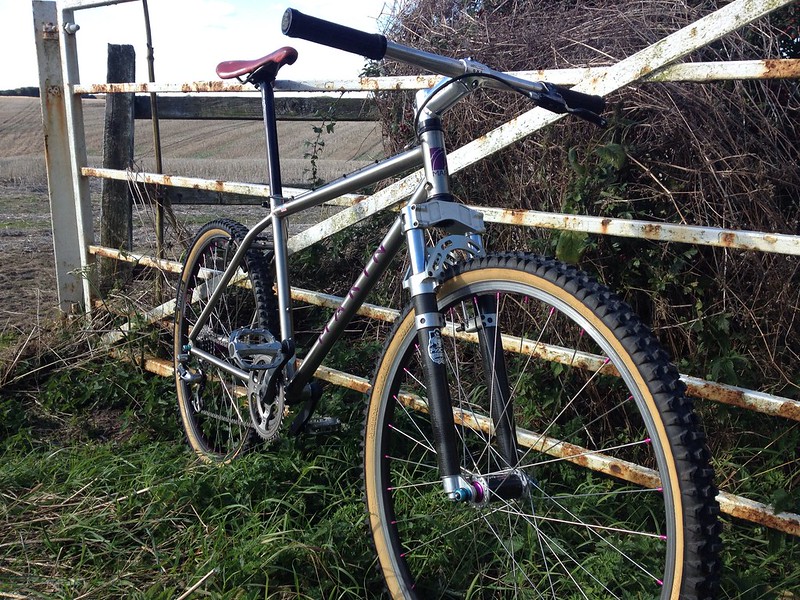 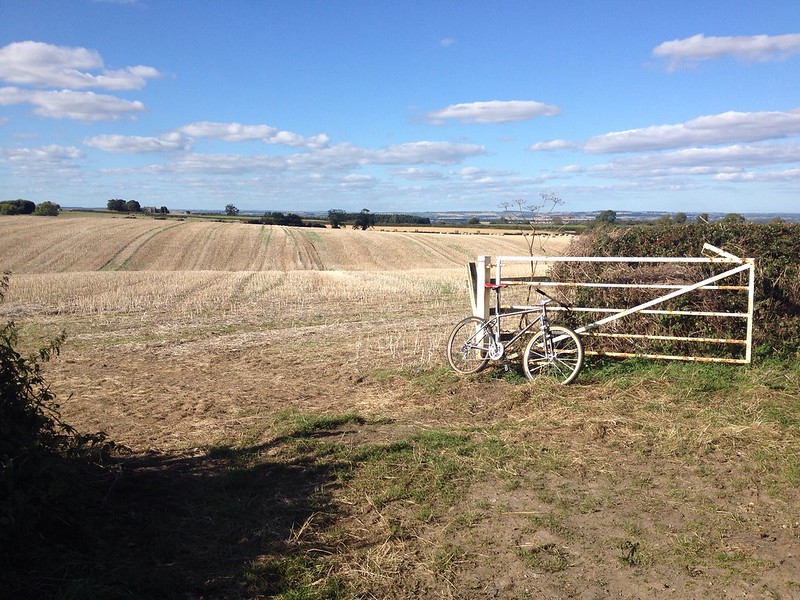 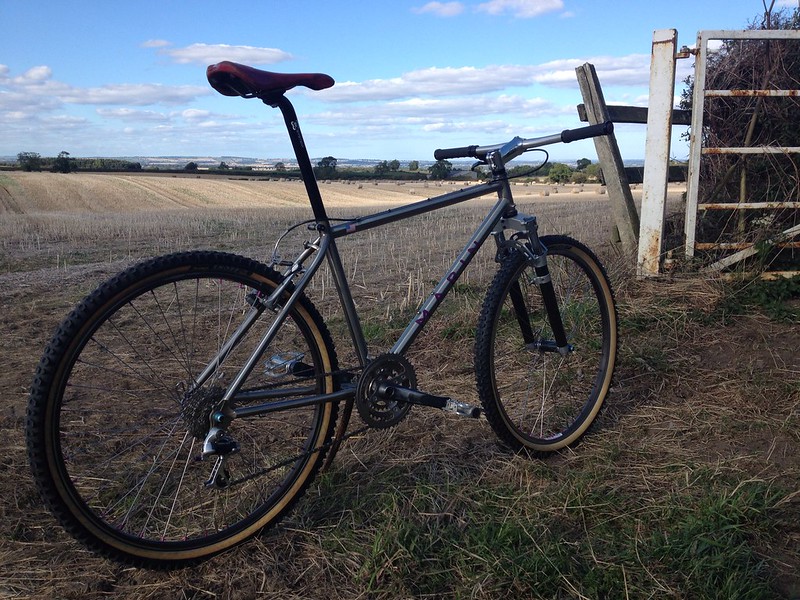 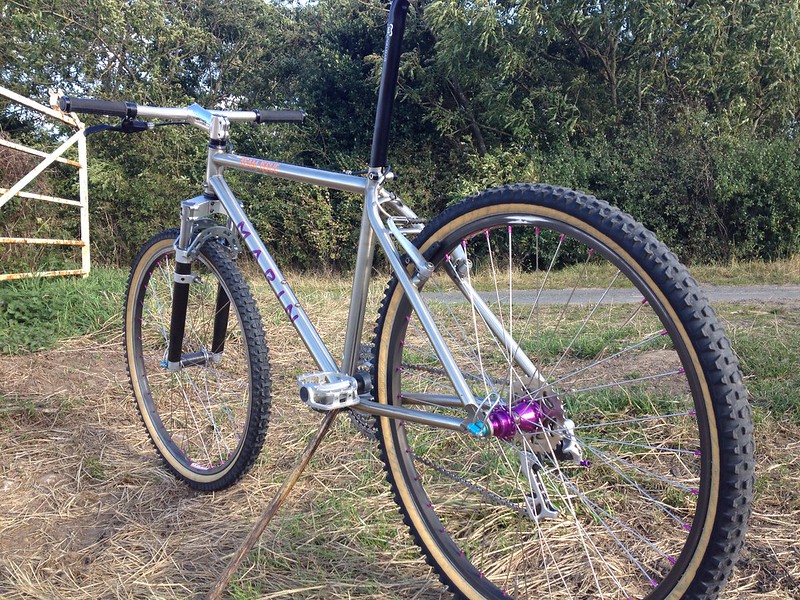 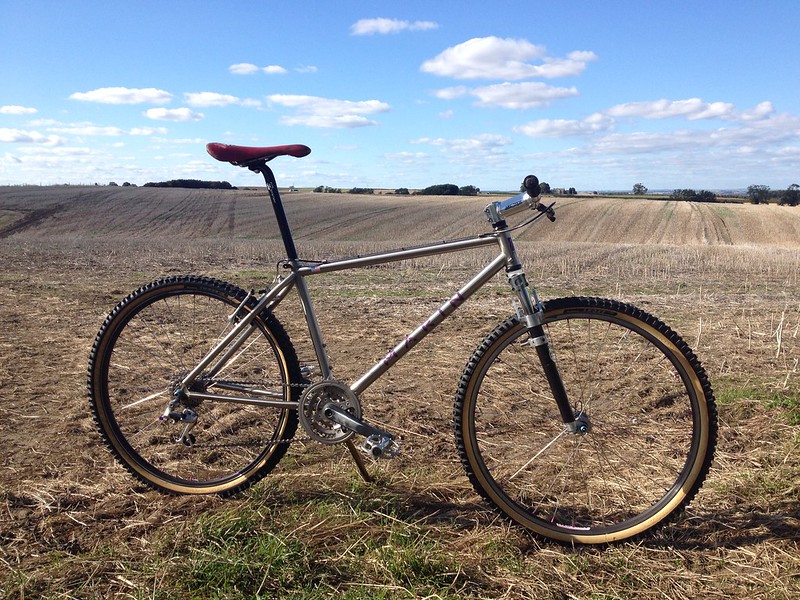 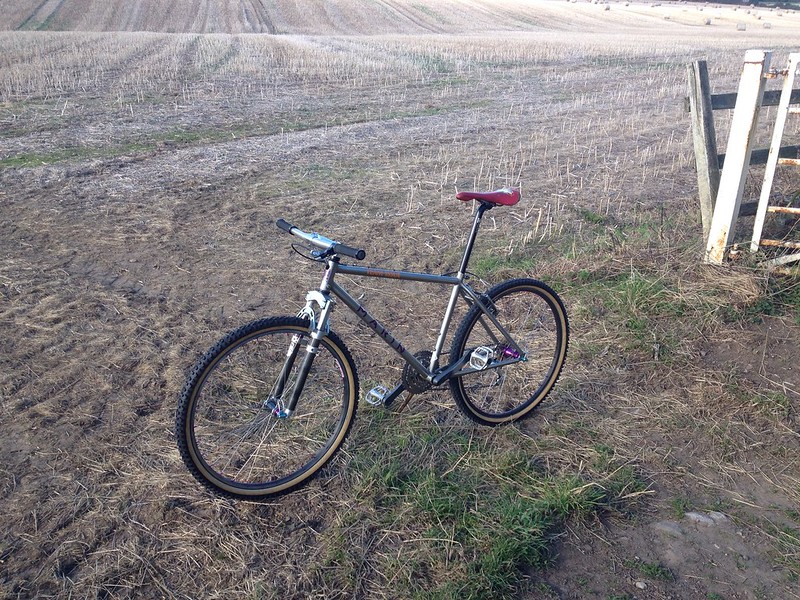 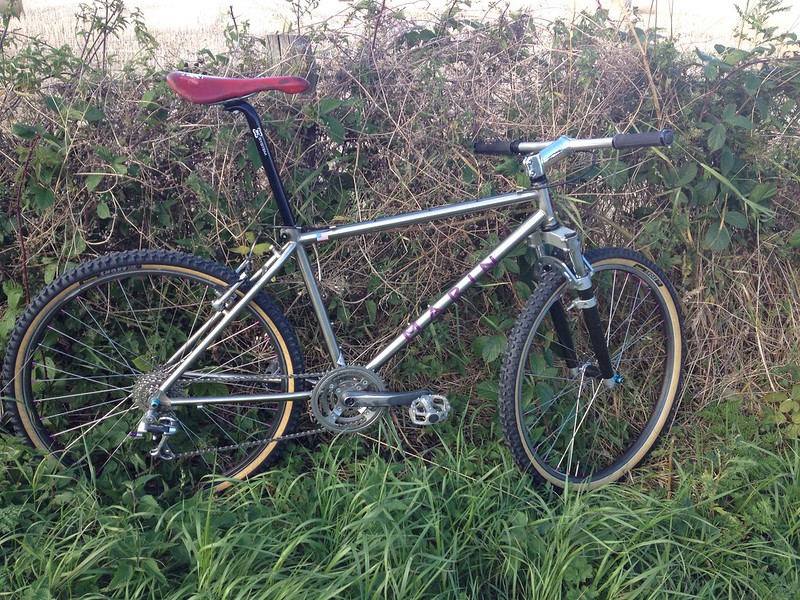 Like the bike not sure on the new one tho,,,

Some more progress, but in the wrong direction !! Taking items off rather than adding.

I have some new decals on the way courtesy of Gil at Retrodecals.

In preparation I have stripped the old ones off. 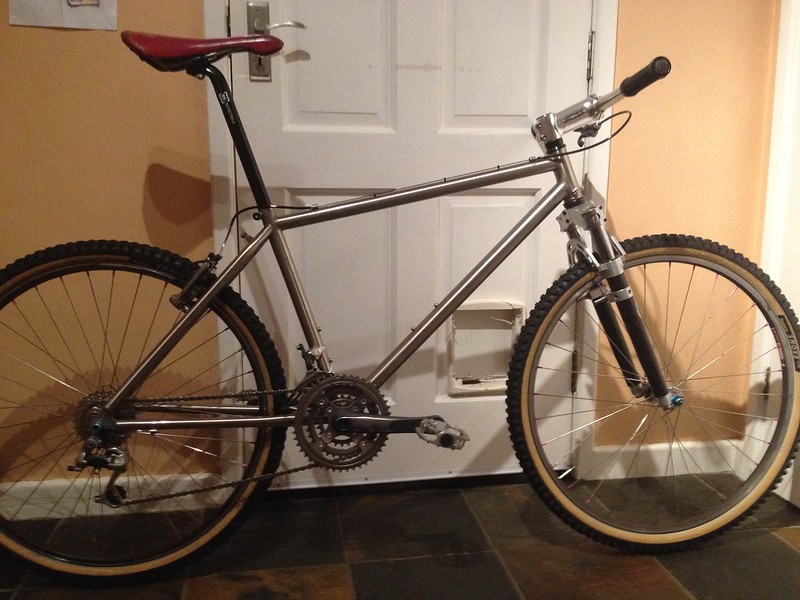 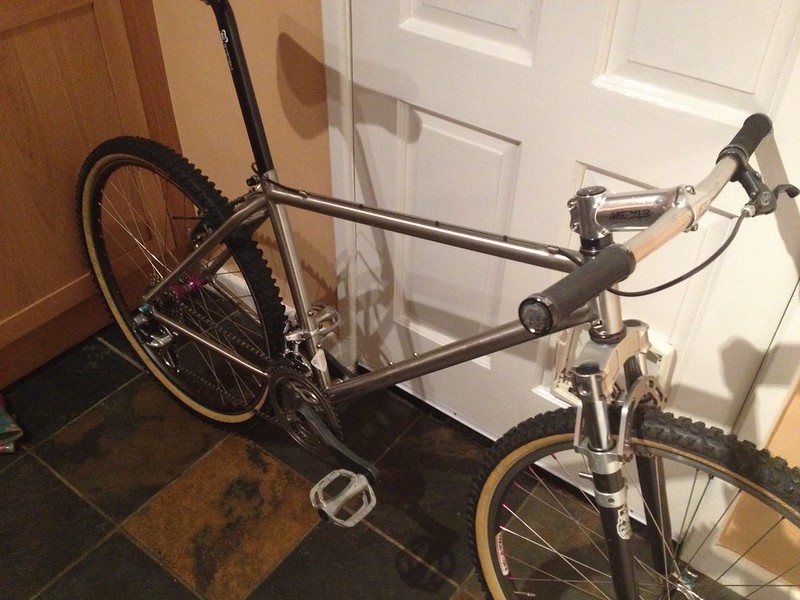 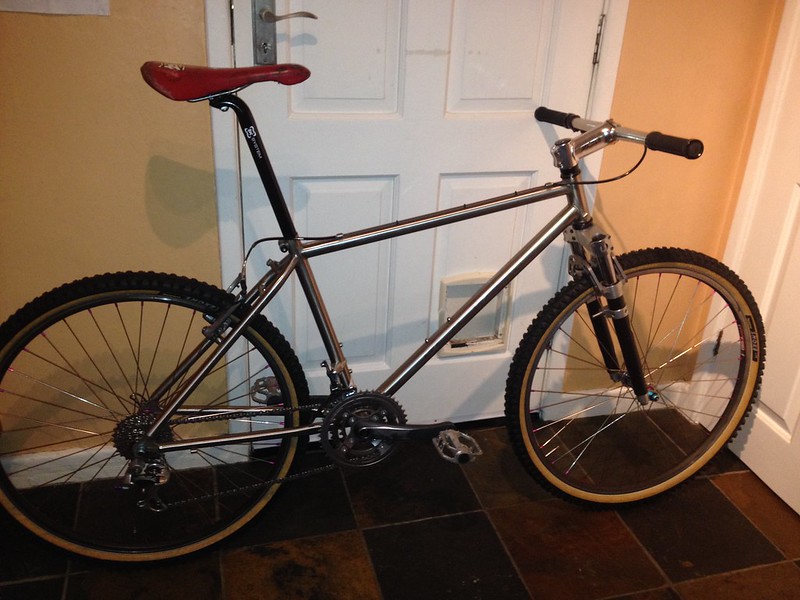 However, the frame came to me with a mixture of original, aftermarket and missing decals.

Is anyone able to help and provide some high res images of original bikes?

Especially where the 'AFTERBURNERS' and 'DOUBLE BUTTED STAYS' decals should go. I'm pretty sure the first one sits on the seat stays below the brake bosses.

Anyones help would be much appreciated on this one.

In regard to how the build spec is going, hopefully picking M900 chainset, rear mech, STI's next week.
Still on the hunt for some M900 Canti's
Also picking up a black Flite next week.
Ritchey WCS copies are also on their way.
Oh, and you may notice a M900 front mech now fitted.
Still on the hunt for a suitable seatpost. A 26.4 appears to be a hard size to find. The wanted section has provided no resolve.

I'll be doing a fill strip down and build from the frame/forks up when the majority of components are here.

I'm definitely looking forward to removing the mismatch of parts.