despite being registered for 10 years I have not posted much at all. So I'd like to make up for it now.

I became interested in retro MTB's around 2009, when I was studying geology, delivered mail by bike and early 90's MTB stuff was plentiful and cheap to buy.
I went through quite a number of bikes and parts in a relatively short while but ultimately settled on the thought that old stuff just does not ride well. Despite that I always kept at least one old bike with the parts that seemed most desirable to me.

The first 'keeper' was this 1991 Bridgestone MB-1. I got it on February 2011 and put it through a number of iterations. This is how it looked right at the end. 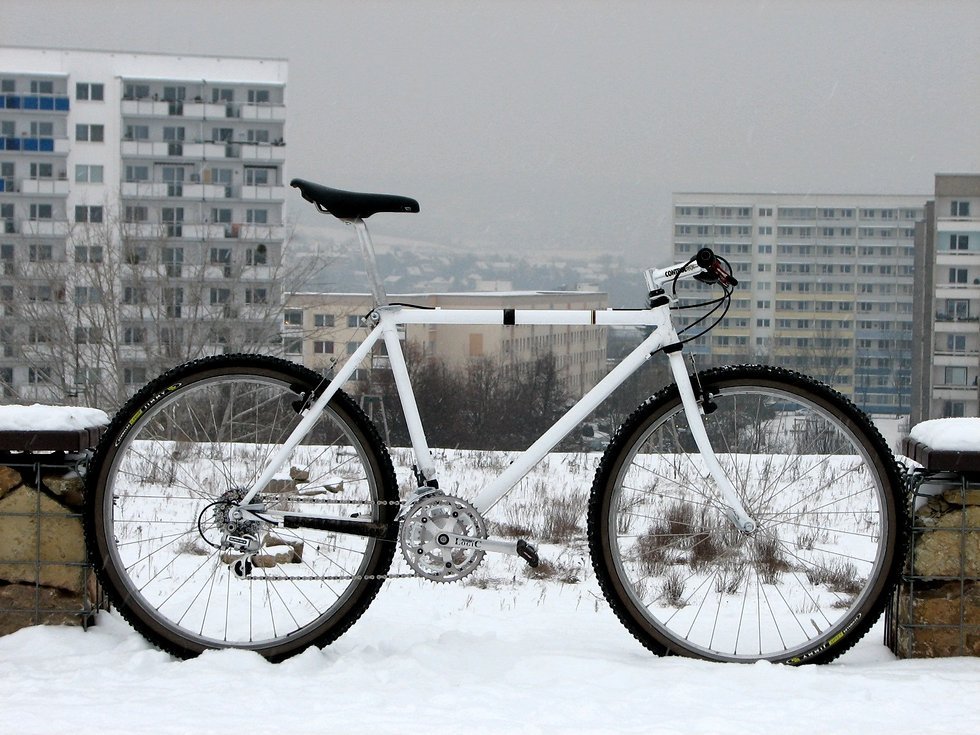 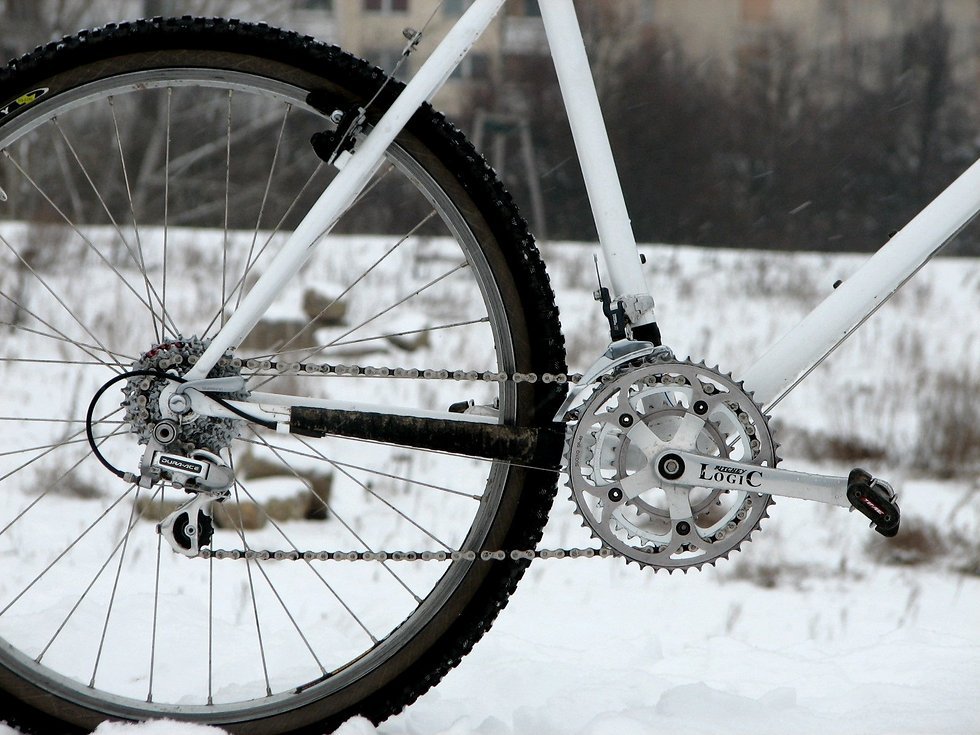 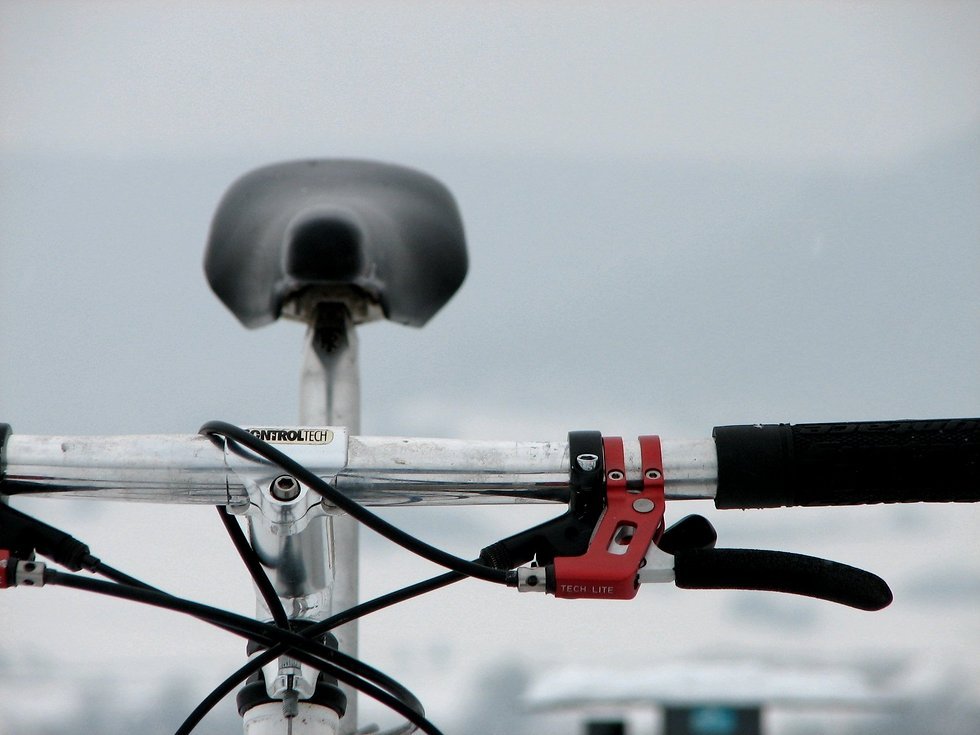 I liked the look of the horizontal top tube and relative light weight of frame and fork. It was also cheap and repainted by a particular shop in Berlin.
It rode ok, but ultimately became too flexy, feeling like a wet noodle flopping down the trail, so I took off the parts, put them in a box, got rid of the rest and focussed on more modern bikes.

Around this time last year a guy on a very different forum gave away a 1993 Giant Cadex CFM1 frame with the original Giant box crown fork. I had a 1991 CFM2 at one point and regret selling it deeply. So I kindly asked whether I could give it a home. 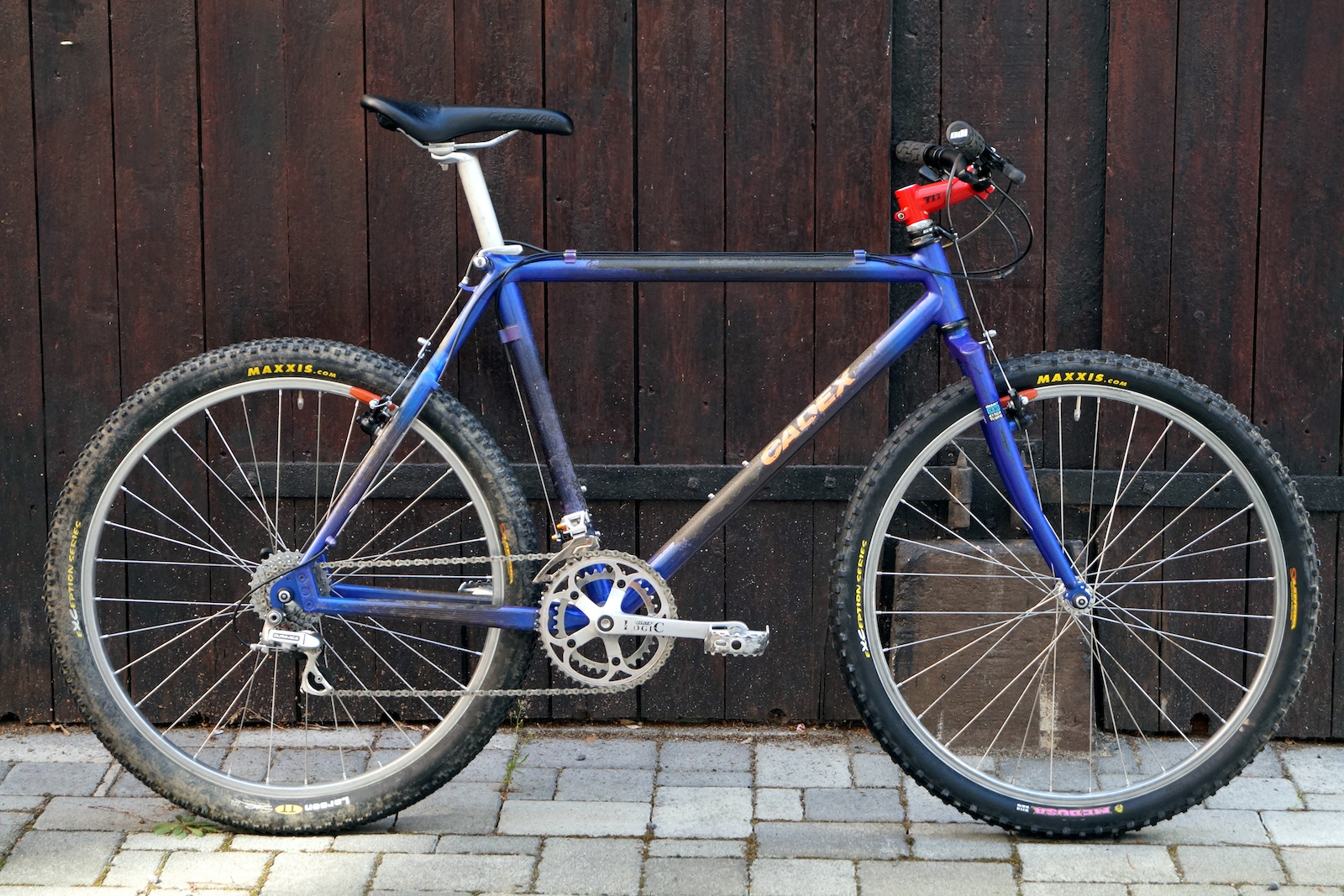 It was fun, but the frame is just too big and it rode like a wooden gate.

Having established the niche for a rigid bike with bad brakes in my stable I now did not want to get rid of that sort of bike entirely. I wanted to replace the frame and fork with something nicer.

At the start of the year I became interested in Paul Brodie's YT videos and became a fan quite quickly. I knew he made some pretty nice bikes back in the 90's, so getting one of them for my collection of old parts would be great.

In May this year a friend told me that another friend would be selling some his stuff. So out of the blue I asked him whether he'd have a Brodie frame for sale.
To my amazement he did, but not without a fork. We agreed on a reasonable price and here it is: 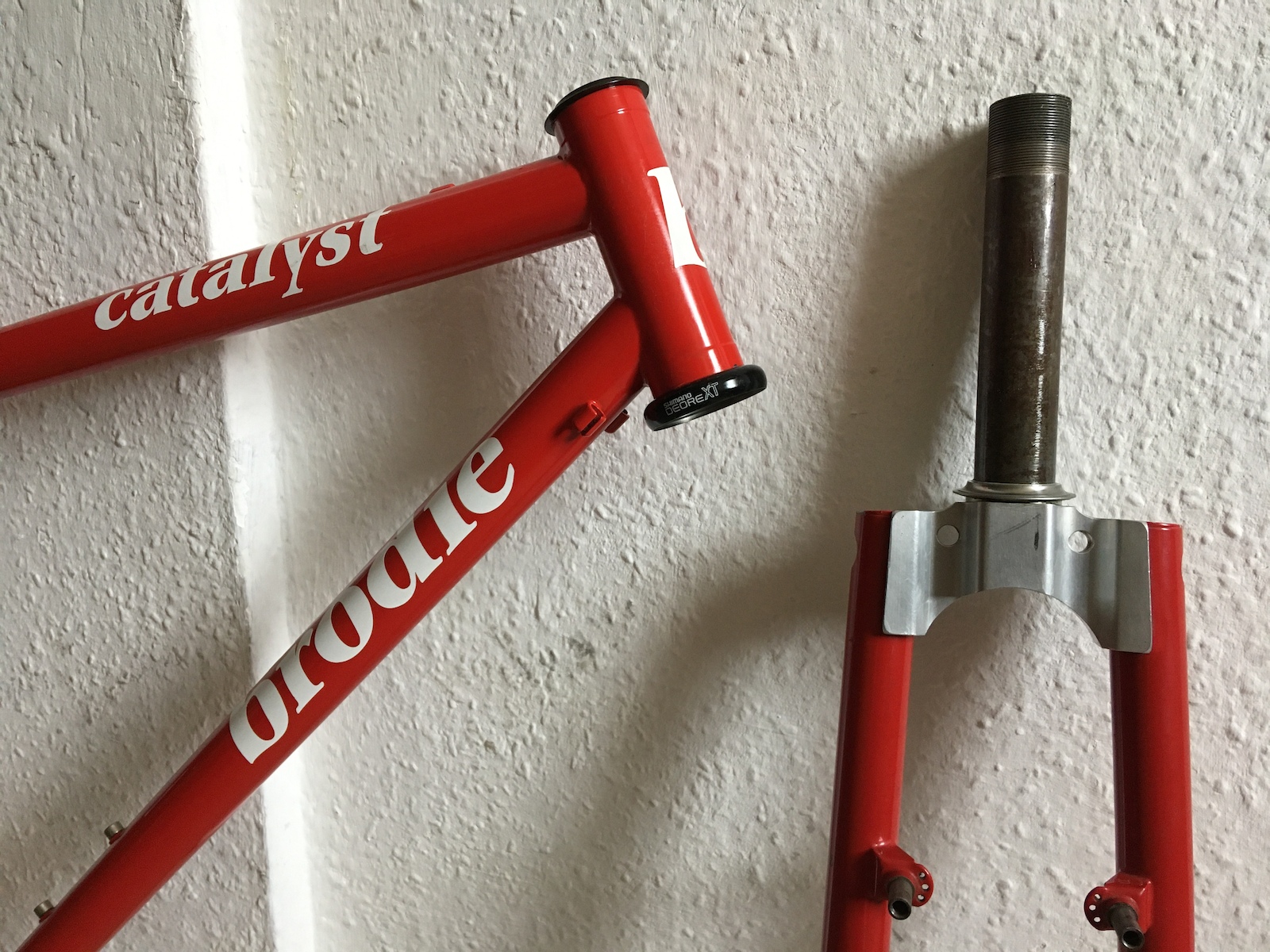 The bike is finished by now and some might have seen it on FB, PB or that yellow German forum, but if it's ok with you I'd like to continue pretending it is not.
I'd like to share the process of building it, a bunch of pictures and some more info with you.

Thanks for the interesting write up! And realky
Like the ice white Bridgestone in snow !

Haven’t heard many bikes described as noodles before !! Haha

Hi @rigidftw, please do detail your build process here. Would love to see it
R

That white Bridgestone really was a tired old chap. The bottom headset cup had to be glued in, not because of JIS vs. ISO and the BB thread was almost impossible to use. I do not remember how I fixed the BB thread issue, though.
That frame had to have gone through so many hands and miles...
Of course the guy selling it did not mention any of that. If I remember correctly he worked for that Berlin shop I mentioned above.

As you might have seen from the photos, the drivetrain did not change much from the Bridgestone to the Giant Cadex.
I really like the 2 tooth jumps between most cogs on that cassette and having ridden most bikes with not that manygears the 28t cog is absolutely sufficient. I also believe bikes greatly benefit from having lighter rear ends.

These are the drivetrain specs for the Brodie:


That front derailleur sports an LL on the back of it. This indicates that it was made in december 1987, as I learned recently. Unarguably a bit too old for a 1993 frame, but I already had it and it works. I did have to clean it up, though. 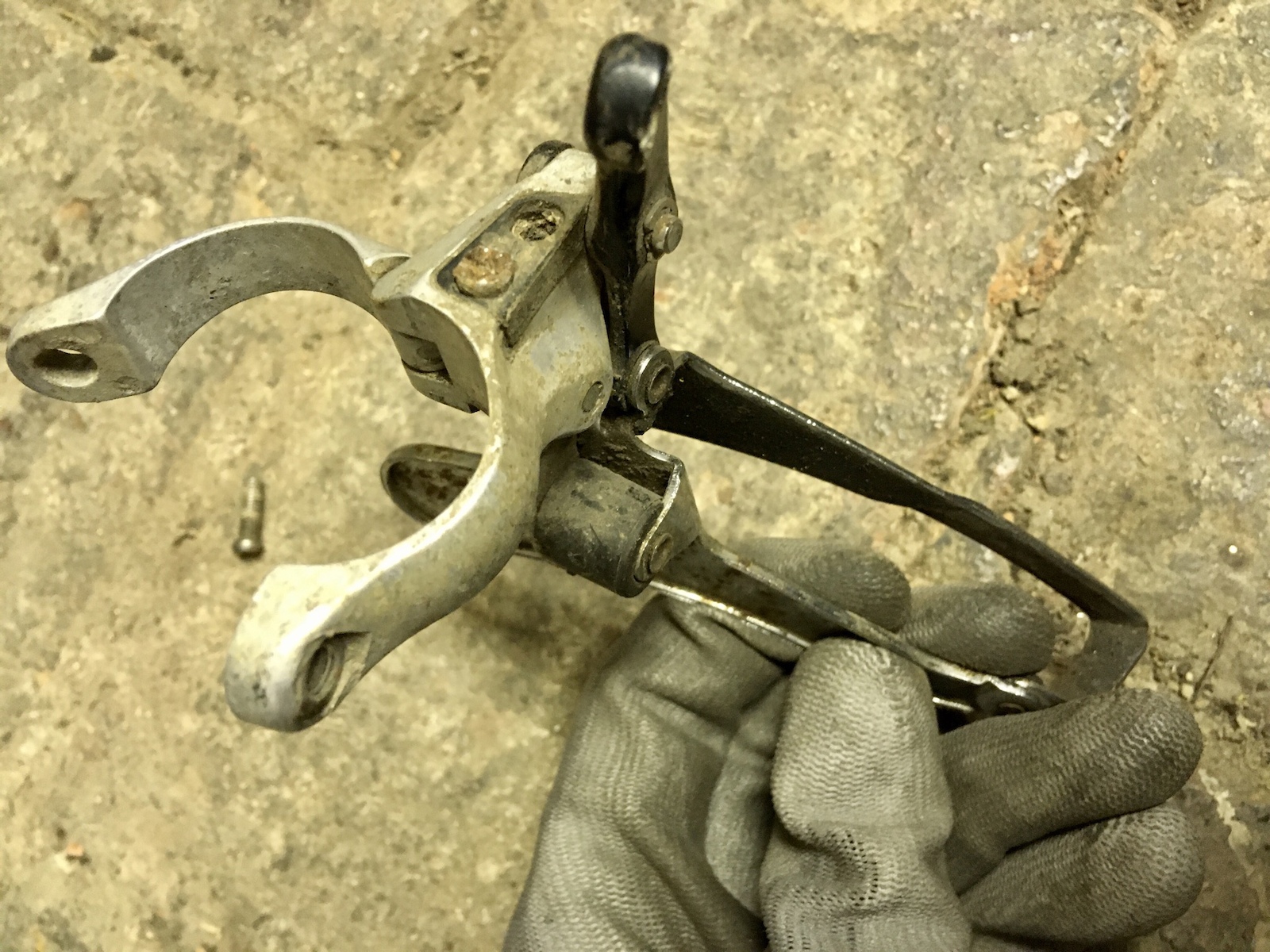 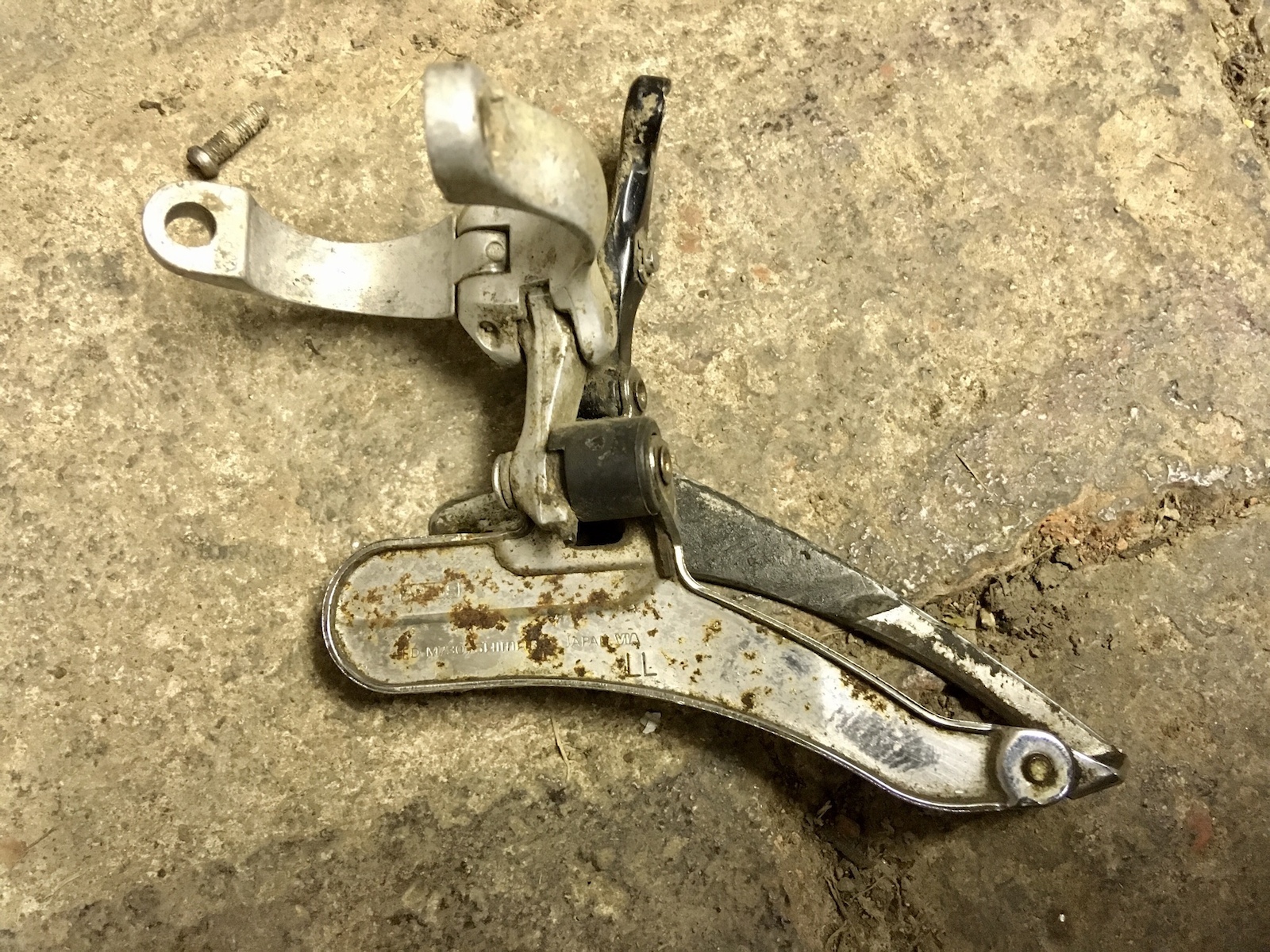 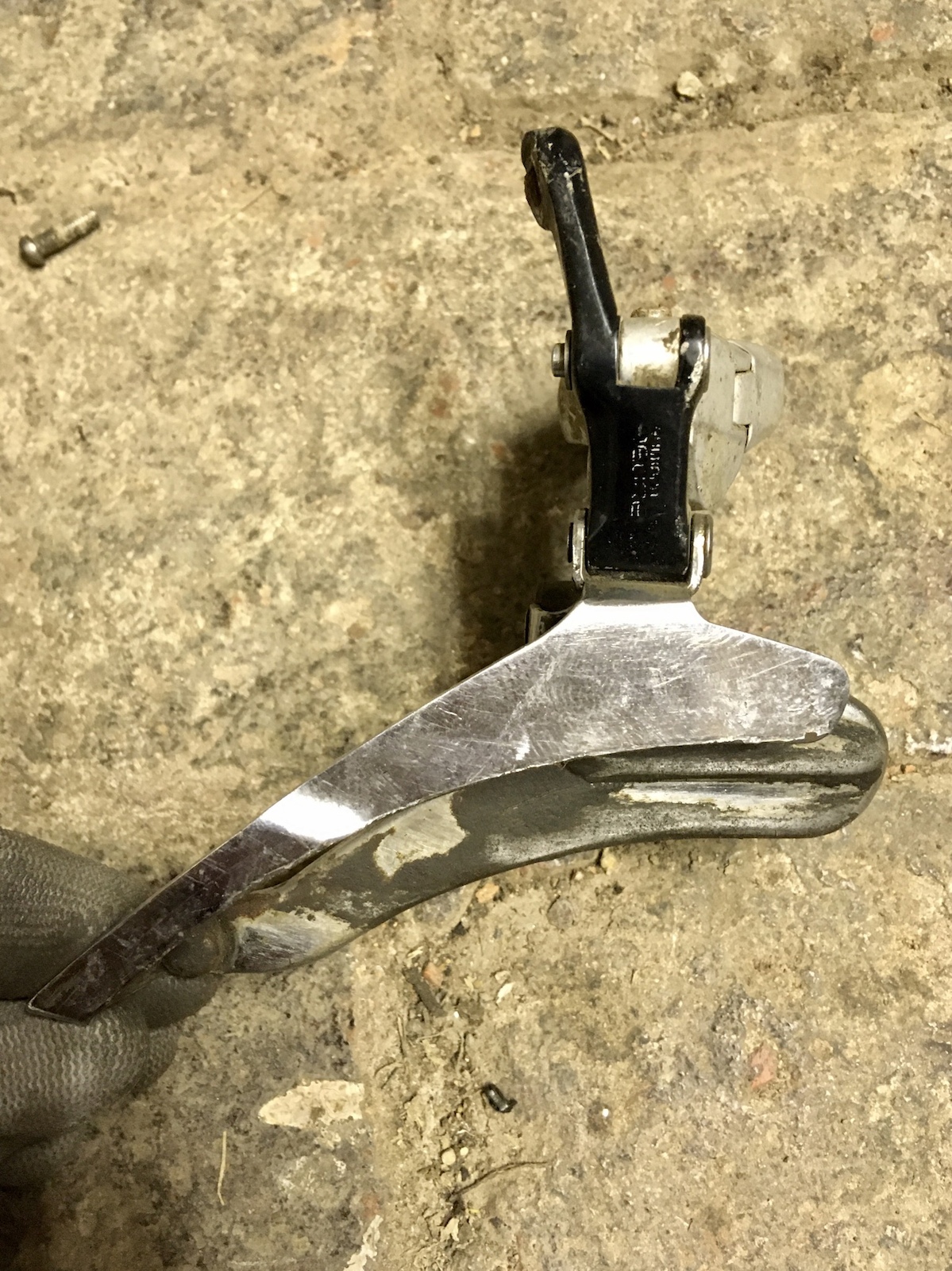 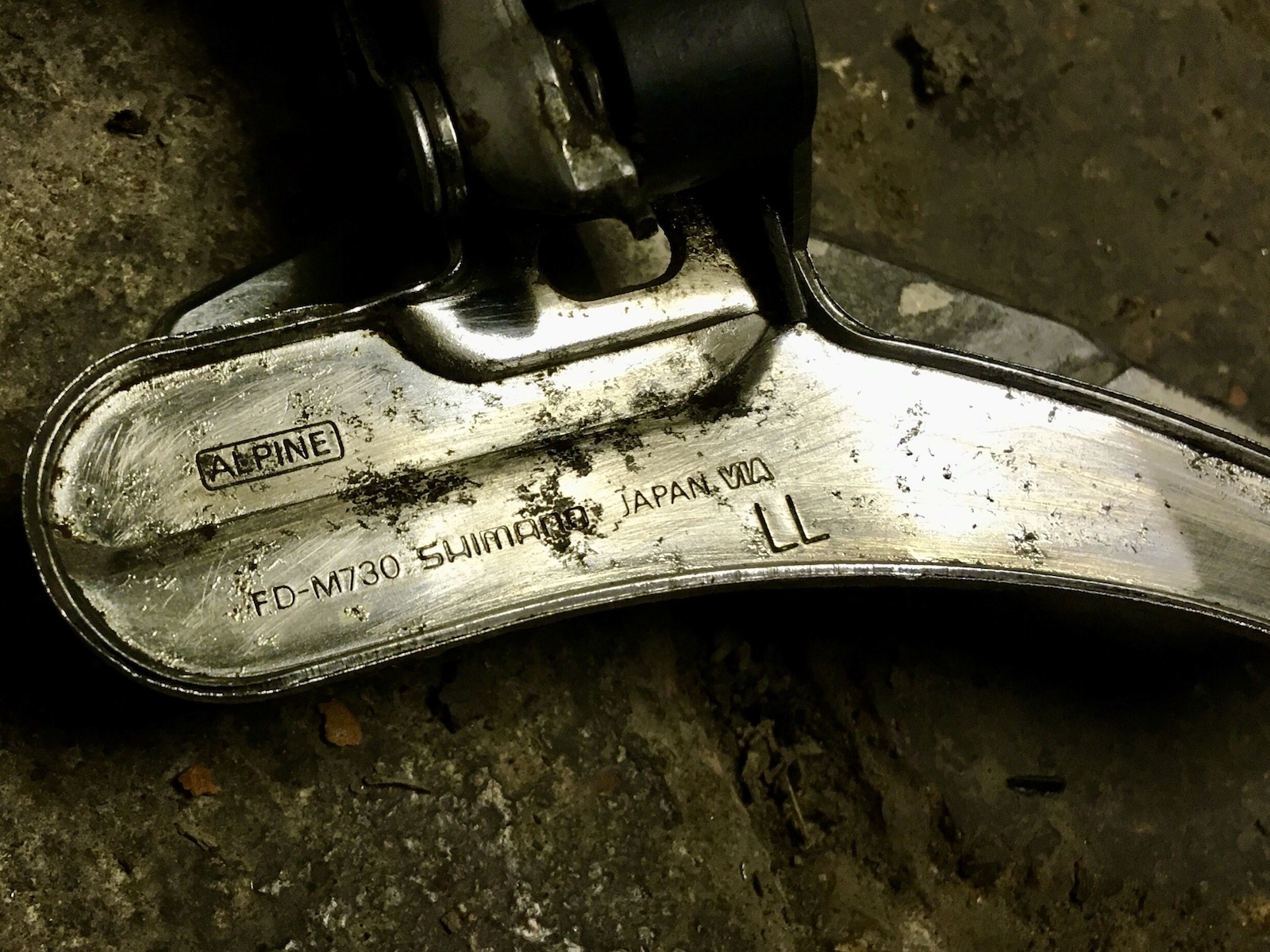 You will notice the third 24t Sugino chainring, which I have subsequently removed, because of the Dura Ace rear derailleurs lack of capacity. 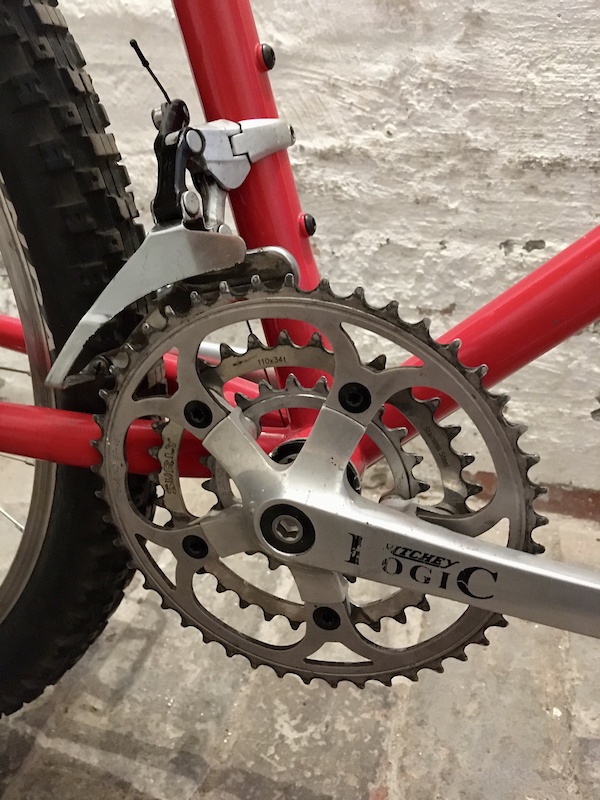 Here you can see the 12t Dura Ace lock ring. 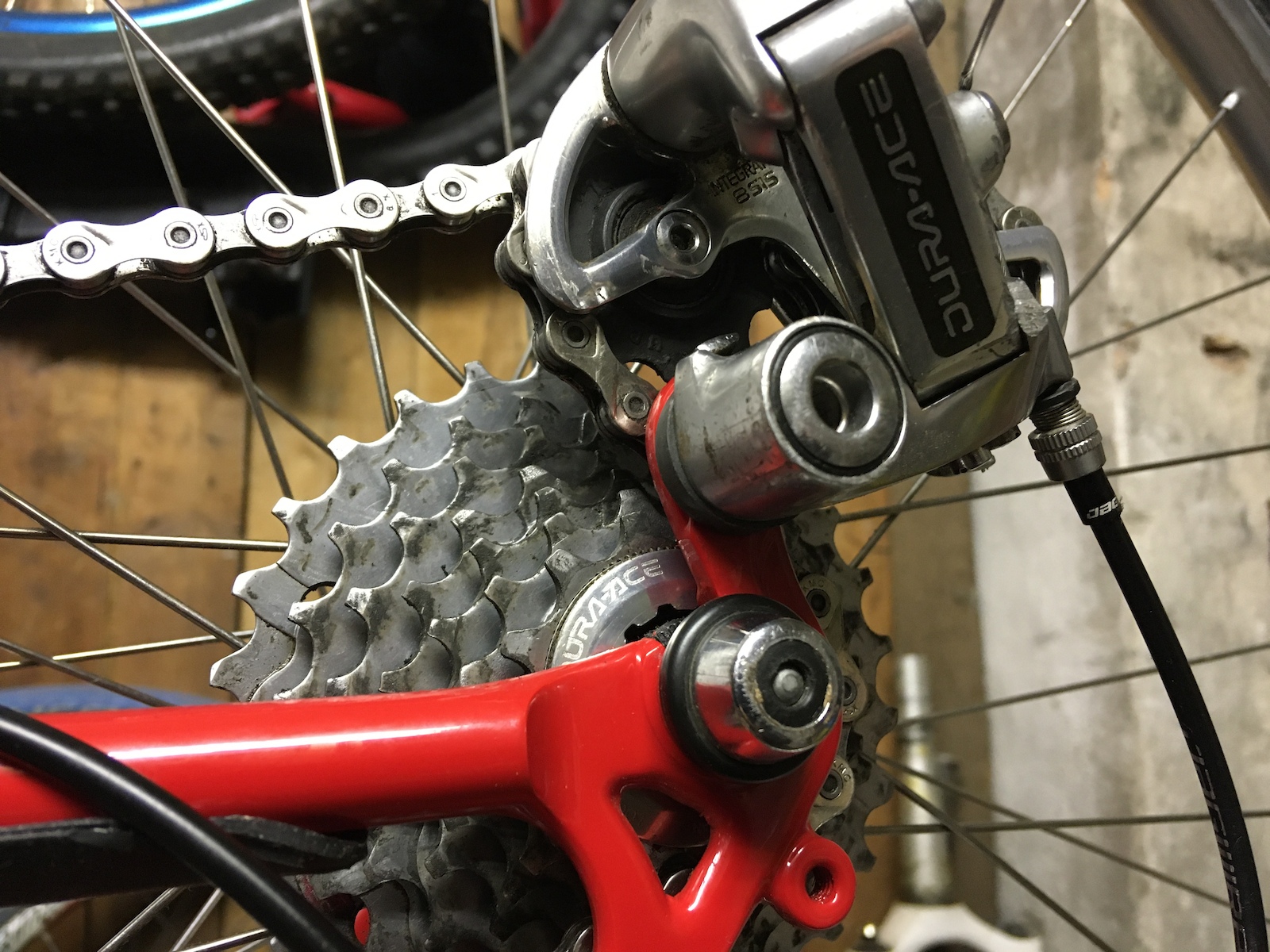 You might also notice the unfamiliar hole in the largest cog.
I spent about a whole day using a drill press trying to put holes in it back ten years ago, blunting multiple drill bits and resharpening them. 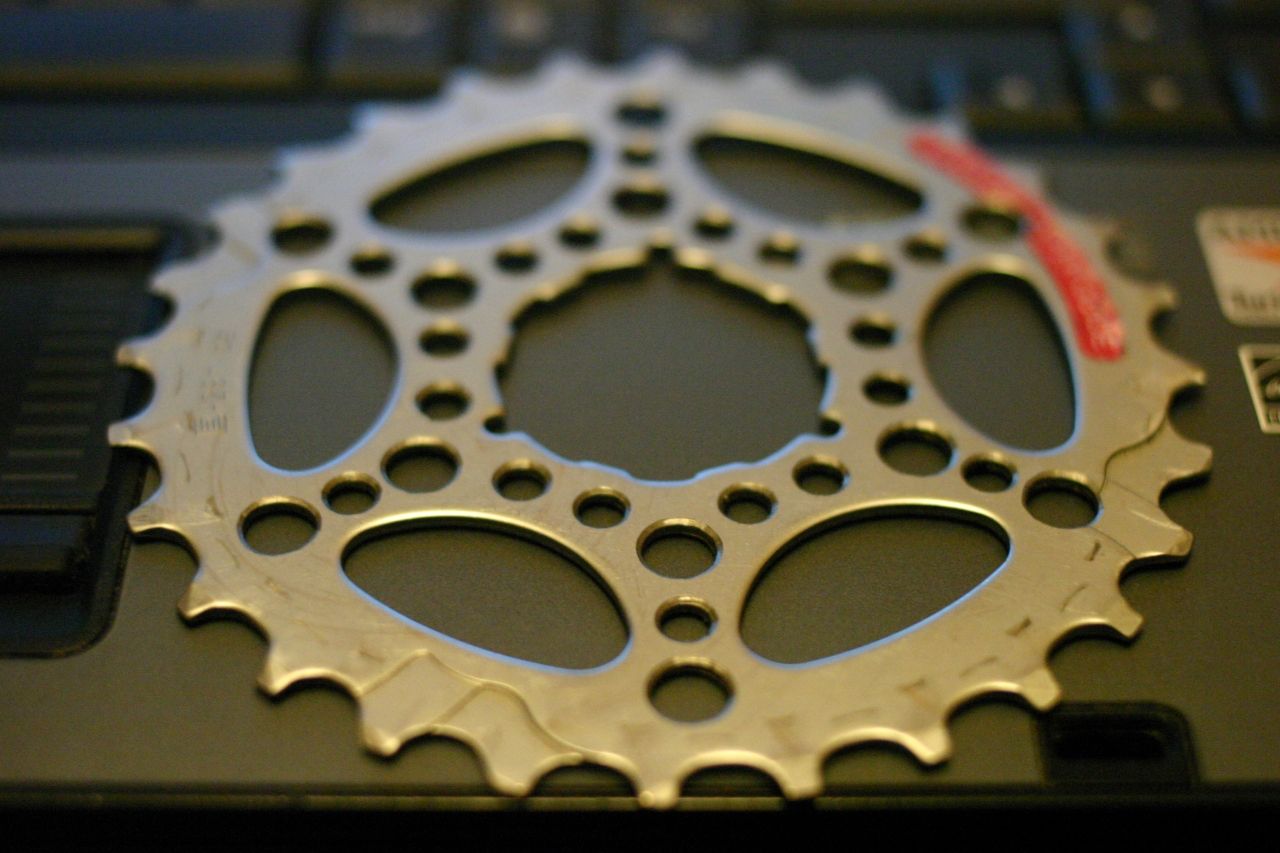 I had the idea to do that to most of the cogs, but it was just too time consuming.


I also made a very modern chainstay protector out of 3M 2228 tape. 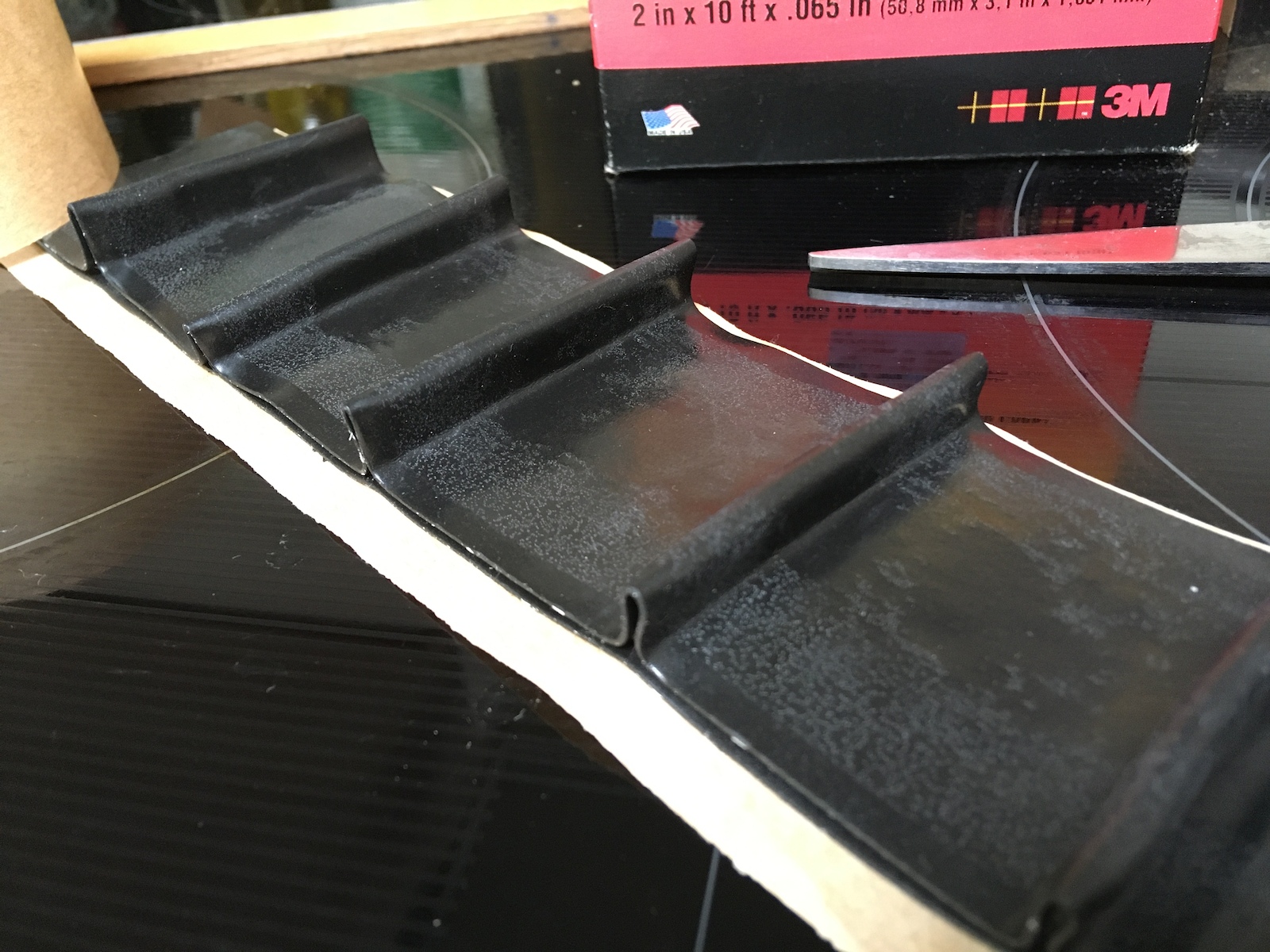 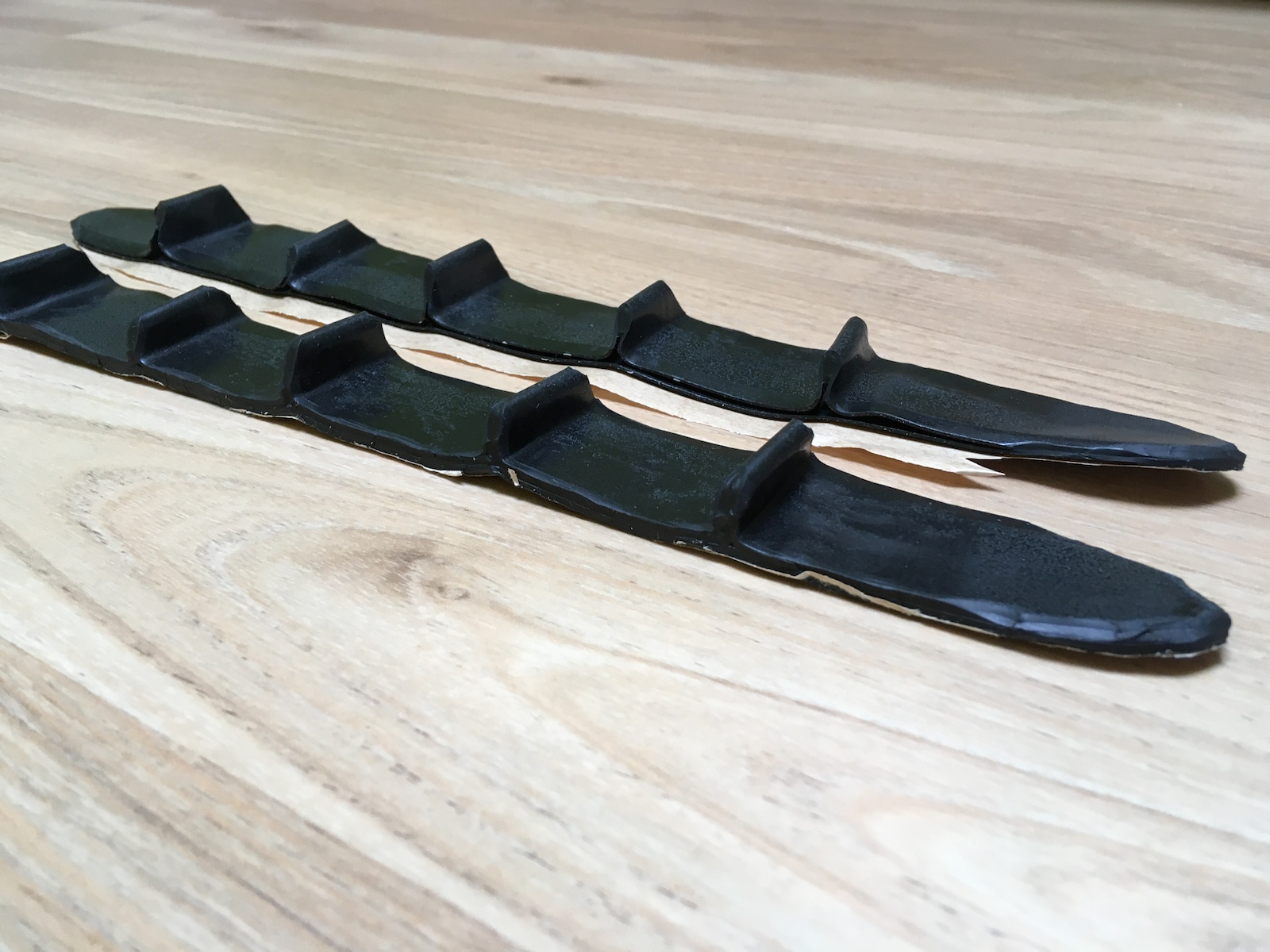 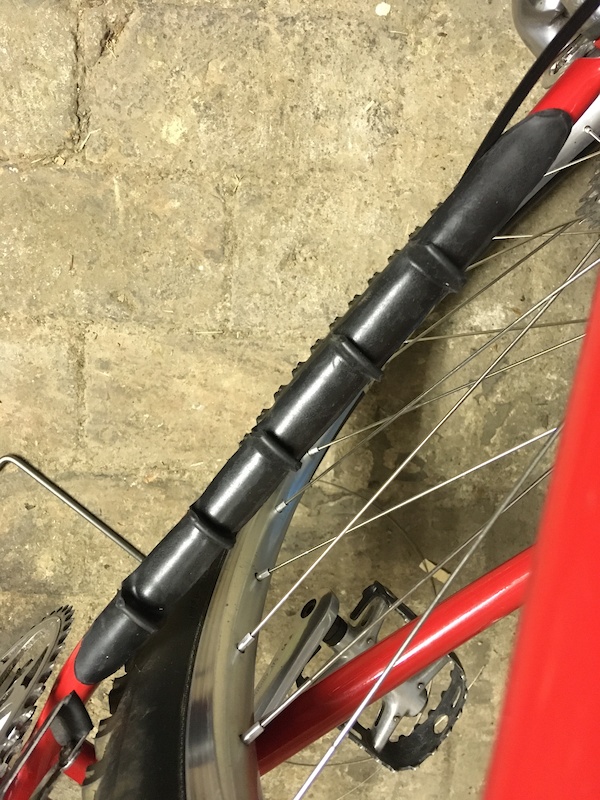 Not to forget the little strip of mastic tape on the bottom bit of the front derailleur. This helps immensly to quiet down the bike.


(* : I am much too young to have been using thumb shifters back when they were the norm, so mounting them the regular way never really occured to me as ergonomically beneficial. It did take a bit of time to getting used to the shifters being on the wrong sides.)
Last edited: Sep 9, 2021
R

An arguably important part missing for building the bike was the cable guide that goes under the BB.
I never like these things, ideally I like cables to be run on the top tube, and I did not want to have to look for one that might fit. So I improvised with some Velrco. Works perfectly. 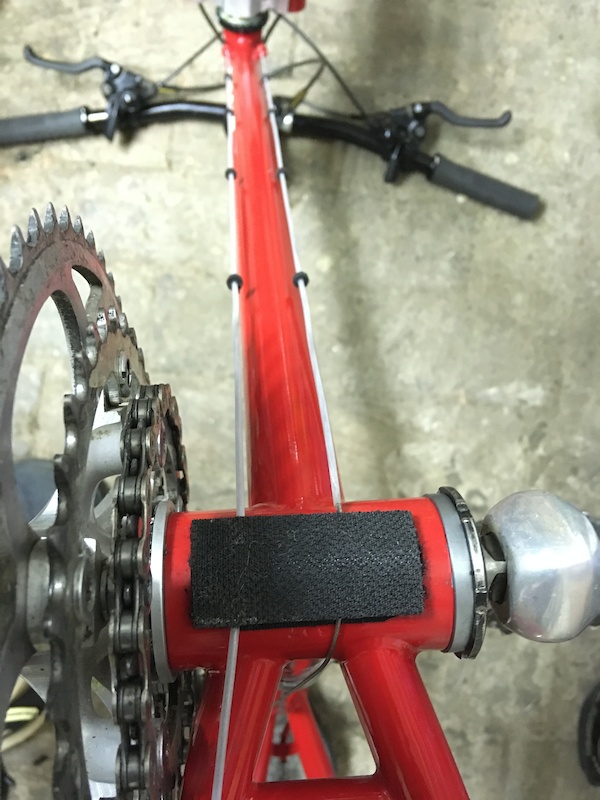 Those spacers behind the lockrings were put there because one of the lockrings was seized onto a BB cup. I since have managed to get it loose and the spacers have been removed.
I took special care when running the cables, to give them no chance of rattling. 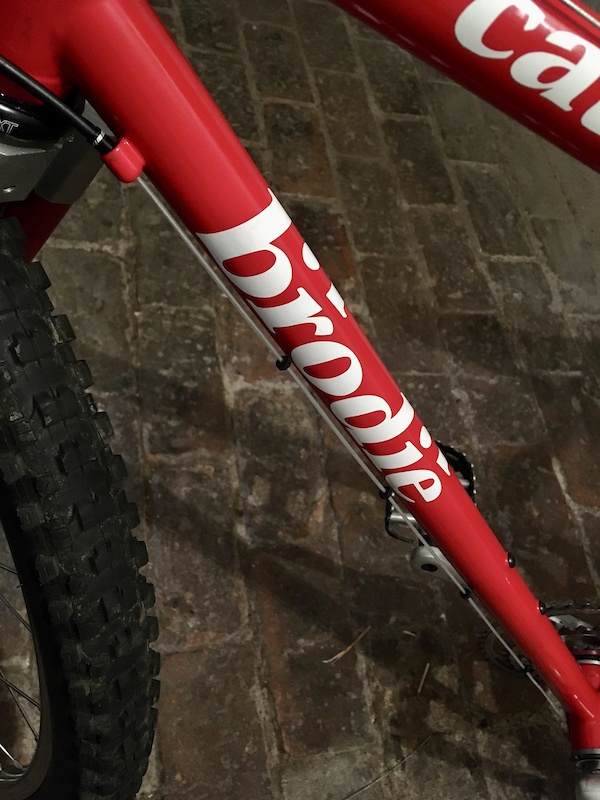 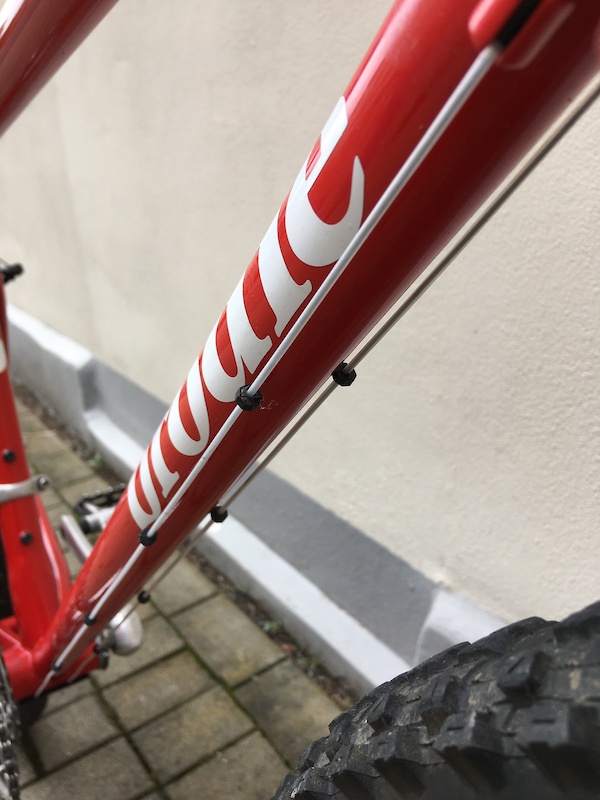 As for canti brakes I like Shimano BR-M732 in black, because they look neat and can be set up to work quite well.
My favourite canti brake levers are Suntour Multi Mounts, because of the fat rubberized lever blade.
Unfortunately my calves hit the rear BR-M732 too often and I now have mounted a BR-M560. It does a reasonably good job and I've got more room to move around on the bike.


The wheelset that was on the Giant consisted of XT hubs and Specialized X23 rims. Butted spokes were used and I think even aluminium nipples, but those rims did not help when slowing down. Braking was miserable. Partly down to the rear brake pads as I found out just this week, but I replaced them nonetheless.
I instead put in a wheelset with XTR M900 hubs and Mavic M231 rims, again with butted spokes and aluminium nipples.

The frame is a 1993 Brodie Catalyst.
As Mr. Paul Brodie kindly imformed me it was finished on the 21st of June, 1993. It used to be painted in 'eggplant' and sold to the German importer at the time.
It did not sell and at the end of 1994 it was sold to the same Berlin shop, that I got the white Bridgestone from. They repainted it red, the frame went to some guy I do not know and then to the guy I bought it from.

As far as I can tell, it must have never been built. The BB thread and canti stud threads were all contaminated with must have been some sort of paint coat. The seat tube had likely never had a seatpost inserted. The 27.2mm post went in fine for the first 40-50mm and then got stuck. I borrowed a reamer from a local shop.

The bad news is that there seems to be no undercoat below that red paint. The paint is extremely sensitive and chips very easily. When it does the top coat seems as thin as can be and it's immediately down to the bare metal.

Which is quite bad form again, for that certain Berlin shop.

But I like to ride my bikes in anger anyway, so it forgoes any worries of scrachting it while riding.


Here's a photo from Monday, where I took it out for a lunch ride, which was so much fun I took it out the rest of the week so far as well. 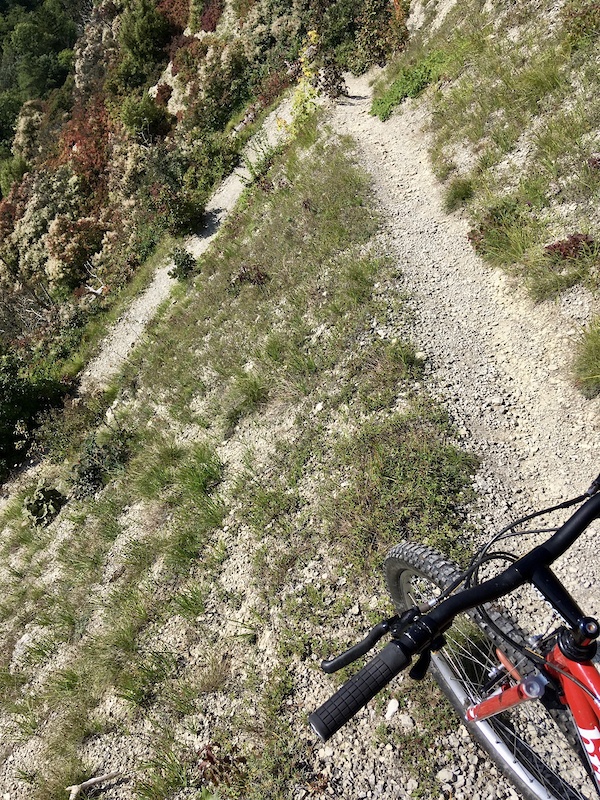 Nice trail! I'm guessing the serial number would be around 2500?
R

raidan73 said:
Nice trail! I'm guessing the serial number would be around 2500?
Click to expand...

Nice project, the forks would find a good home here if ever you let them go

And just one other thing, any chance of a picture of the actual bike?
You must log in or register to reply here.

The return of the Romax
2