I am starting a new build-up thread. This iconic 1993 Answer MANITOU FS frame & fork set has been lying around in my shop since February `21 now and its finally time to get it on!

So, I bought this off eBay in January / February 2021 from an older couple saying that their son has passed away and left this "unused and NOS" Answer Manitou FS frame set behind. Of course and at very first glance you could see that this was well ridden and nowhere near NOS or unused. They said it had no cracks at all and went to inspect it again for me beforehand.

When it arrived, I noticed a cracked top tube *yikes*. Of course!!! I mean, we all know 99,9% of all earlier Manitou FS are cracked! So was mine now. Whatever, I finally decided to have the top tube replaced by Dan Chambers (a big shoutout and thank you at this point already for his help so far!).

I already put together a list of what it will be like. I assume, I will be finished with this in winter or take my time until spring next year.

22.) Everything else: 2x Ringle H2O purple bottle cages (1 already in the drawer)

Here are the first pics of the project bike: 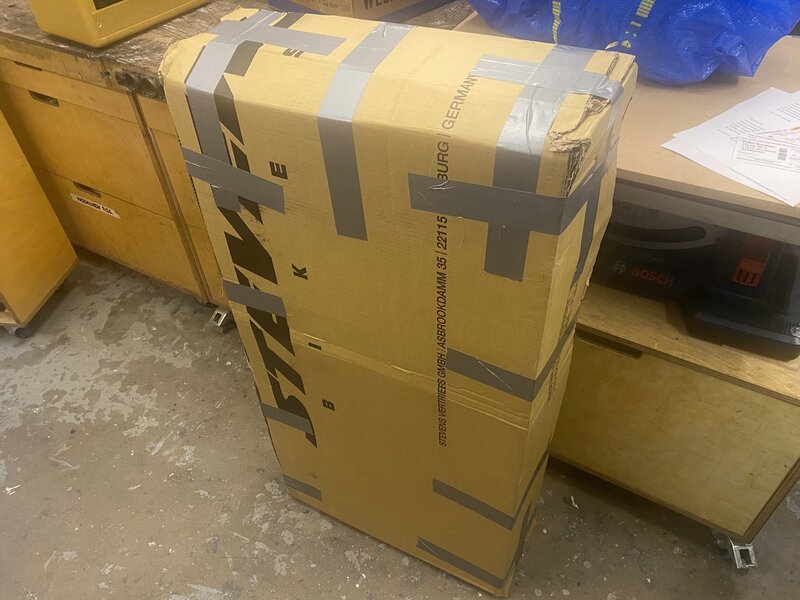 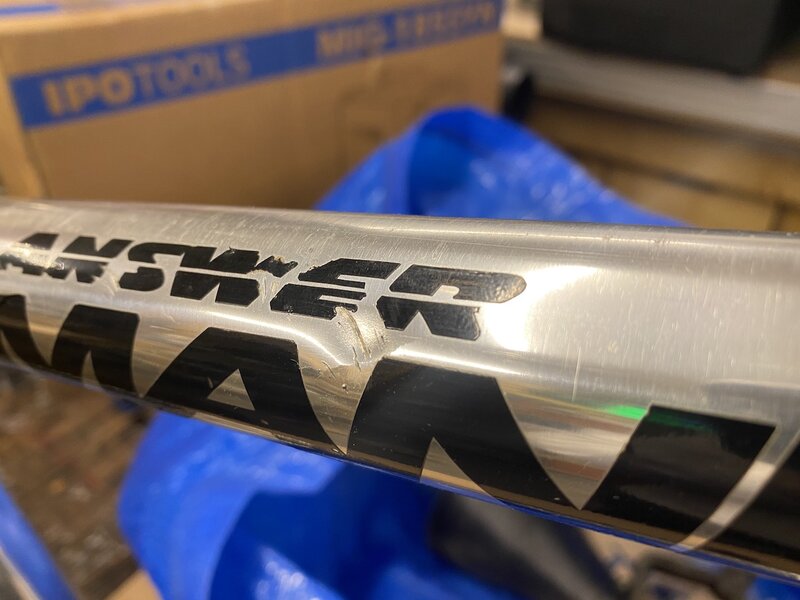 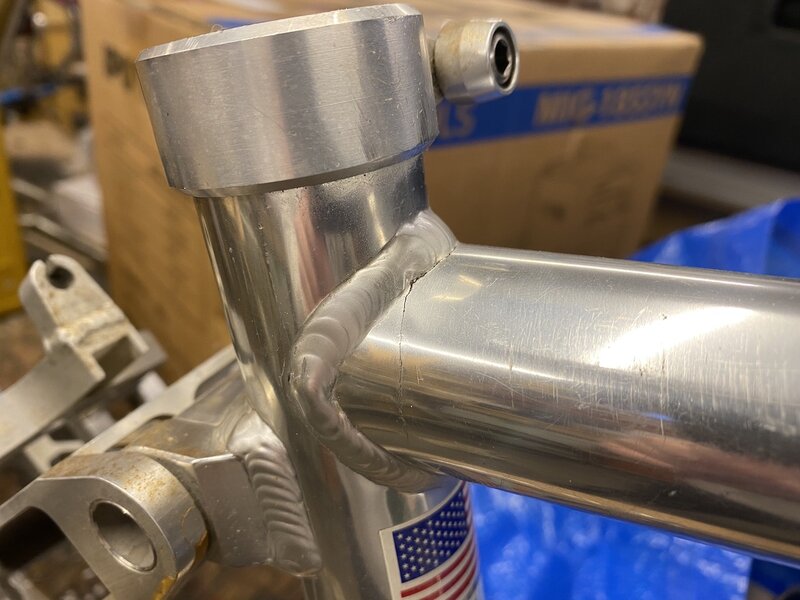 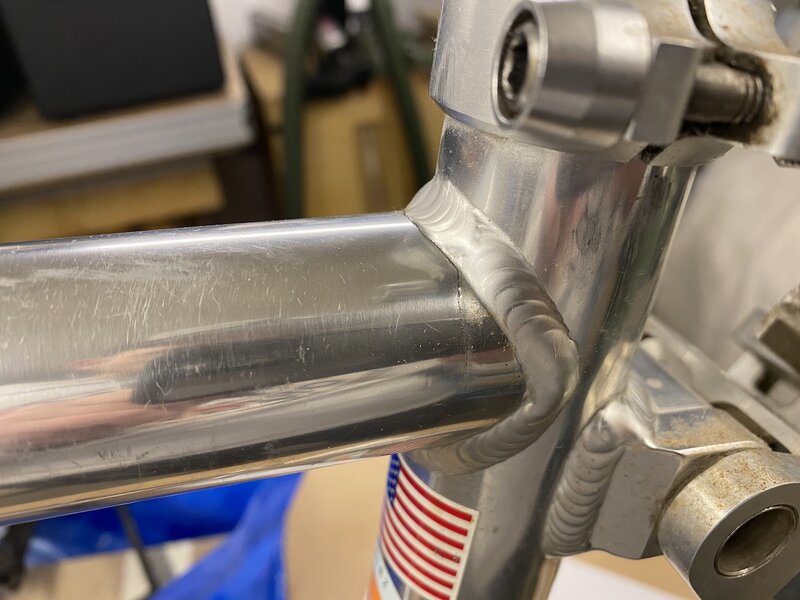 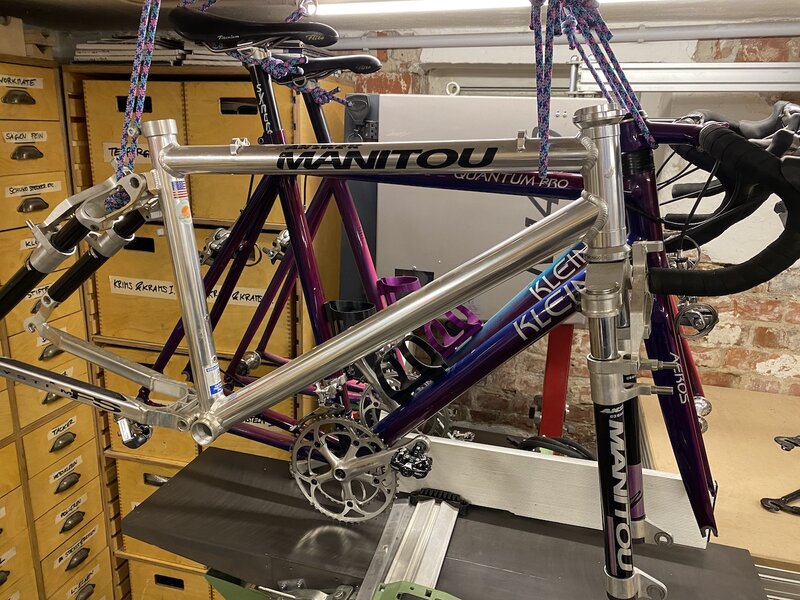 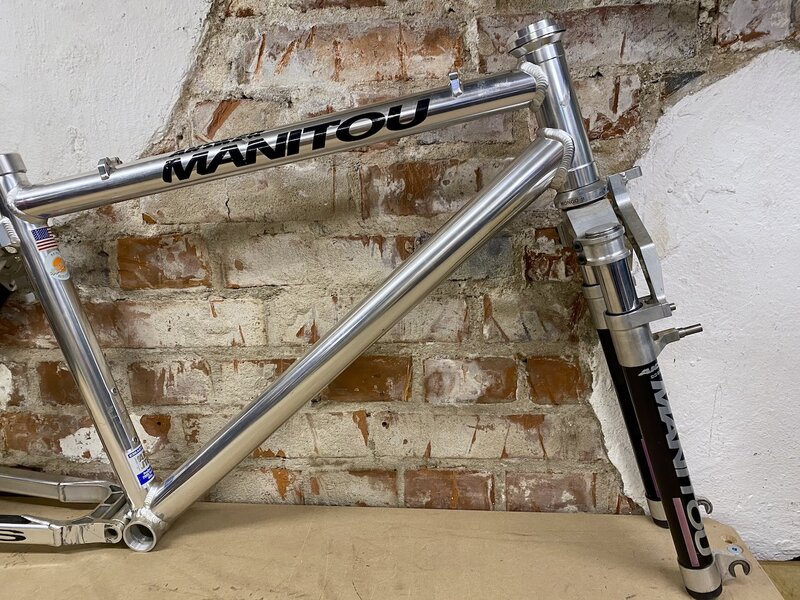 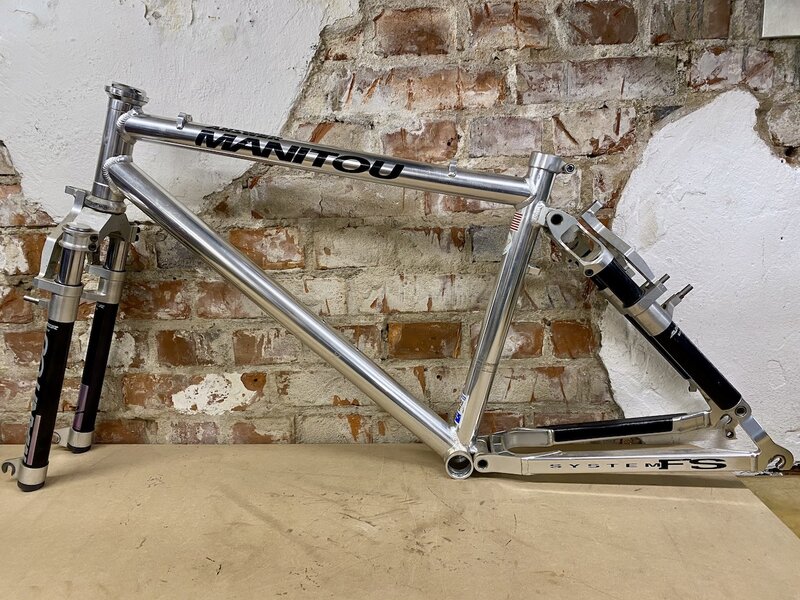 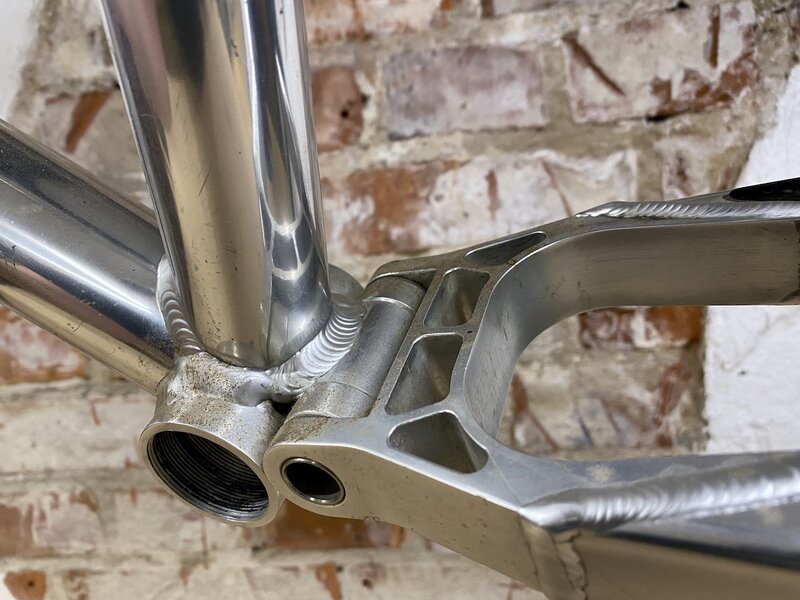 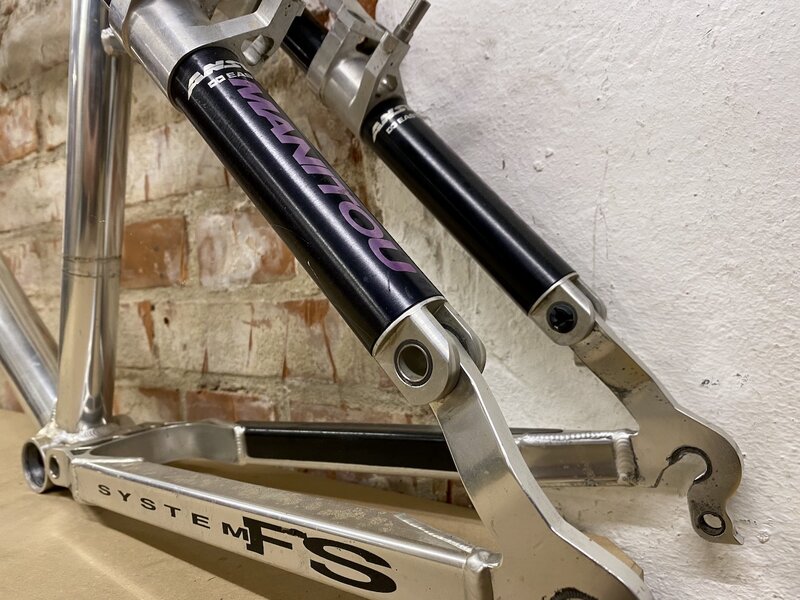 So during the last 2 weeks I built a special flightcase for extra safe shipping! I assume, the crack in my frame set was caused by shipping or temperature changes. Lets hope, my boxing will send it to Dan Chambers very securely without any issues at all!

I really hope that it will not crack again in the future. I am very aware of the huge fragility of the Manitou FS bikes. They are so prone to cracking in the BB shells, the steerer tubes or the weldings in genral - I know all that very well! This build is more for fun and to display. Not to ride in in the woods. I am too heavy for it anyways I am a quite fit and sporty guy - still, I weigh 215 pounds. 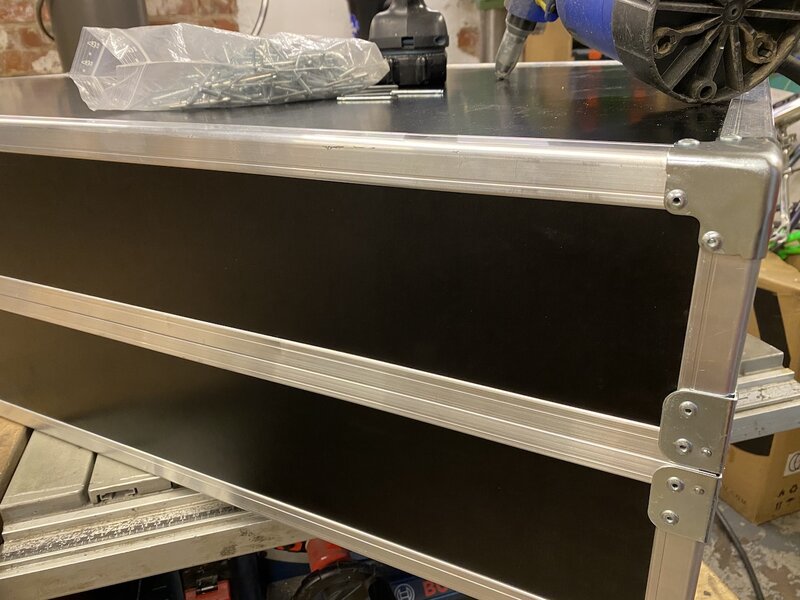 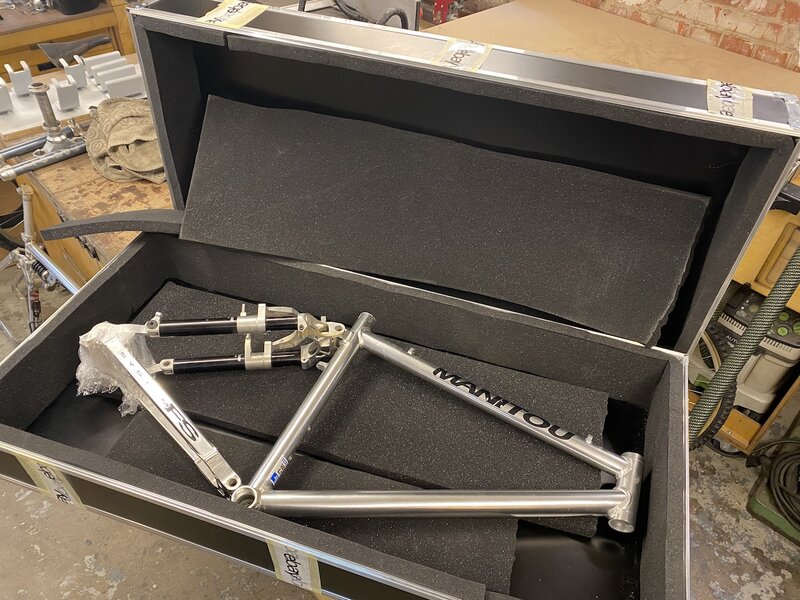 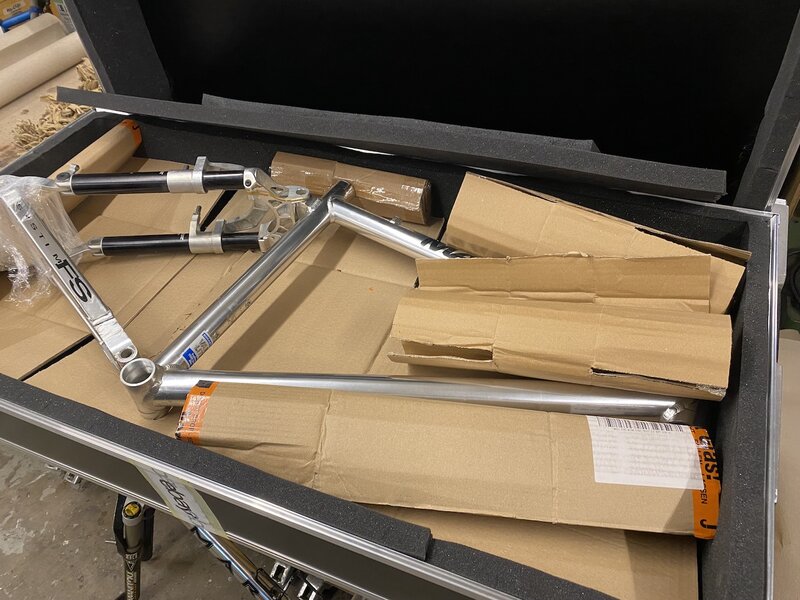 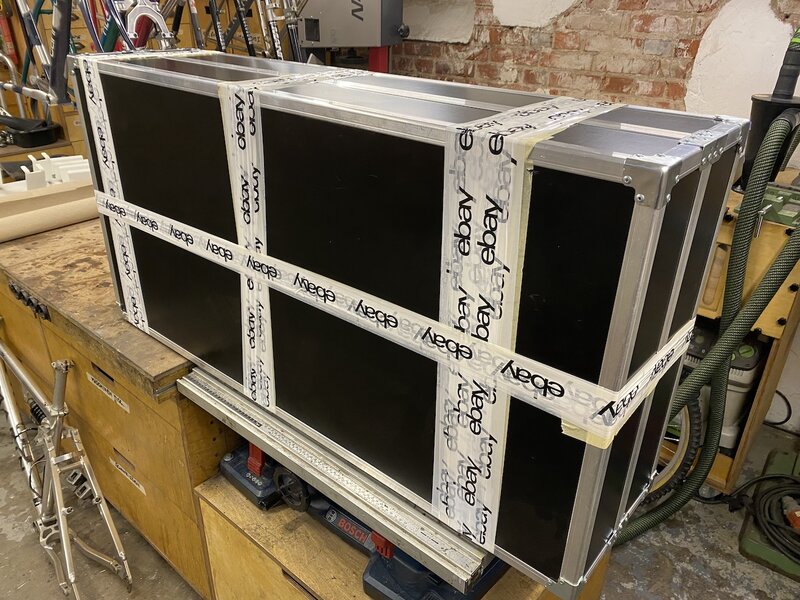 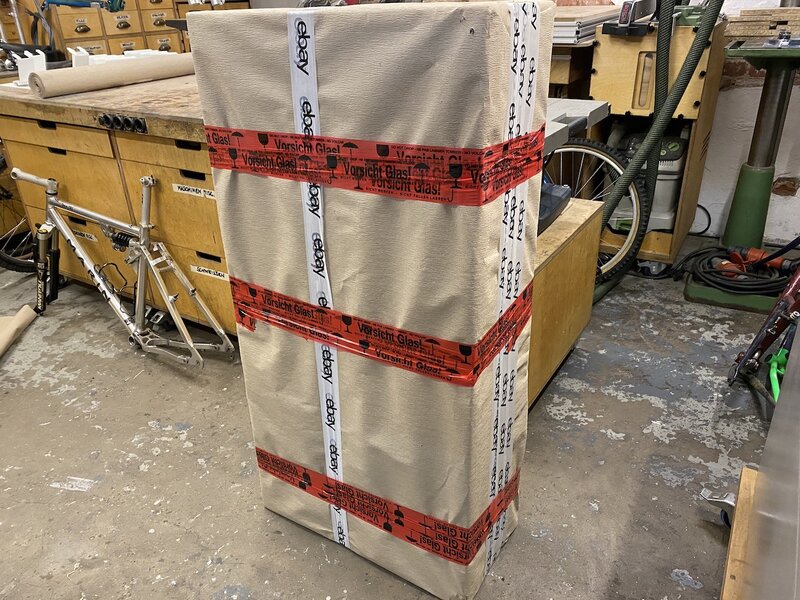 Thats all for now! ... Dan and I agreed on finishing this frame set and the replacement of the top tube until the first week of September 2021.

bloody hell Falko your shipping container looks better than most of my suitcases!

nporternz said:
bloody hell Falko your shipping container looks better than most of my suitcases!
Click to expand...

I was thinking the same!

Well I build professional flightcases, so I made this out of scrap parts real quick so to say. That was easy

I've lived in worse places than that shipping case....and smaller!

Update: This project has been abandoned. The frame has been sold! Its out of my hands and this thread is dead, Im sorry See you at the next one! Cheers!

I have to say that Dan Chambers did a terrific job on replacing the top tube! I decided not to build up any Manitous or Yetis anymore. Too many cracks, too much hassle, too much senseless money spent :-D
You must log in or register to reply here.