As mentioned on another thread which got slightly off topic maybe we can have a small thread dedicated to wrist watches.

All discussion and watches welcome from Casio to PP. Show us your pieces , bitch about availability and tell us what the next one will be.

Well if we can bitch..

I don't get the watch/wrist jewelry game.. seems to be targeted towards golfers or folks with low self esteem, sports car mentality, small penis syndrome, call it what you will..

I've been wearing the same watch since the mid 90's, it still tells the time, watches serve little purpose in the age of tech other than a display one's wealth, makes me cringe. I never take mine off so my wrist feels weird without it, if i could just overcome this mental hurdle, i wouldn't wear one.

No offence to the watch guys, it's just my personal opinion and like arseholes ect...

Alpinestars Fan
My daily wear is a 1967 pattern Vostok divers watch, much to Mrs Chopper's chagrin at the current events over there.
D

To be fair I never used to get the whole watch thing. Few years ago I got into it as I appreciate the workman ship and history.

And I agree that there is a side to it which is cringe worthy. Especially the ones who buy the super fakes , or even real ones just to show off.

The thing is 99.9% of people don’t care what watch you wear. And if someone does notice then they are either a watch guy or they assume it’s fake anyway. If you want to Willy wave it’s far more recognised to buy a car as people see that as wealth more.
N

don't give a toss about high end watches.
do enjoy mid to low wound or automatics from an engineering persepective though.

daily is a HMT Pilot, no one has ever heard of them, so the watch folk get really wet over it and the rest of us just see it as a watch. It's a bit like the ford f150. it was the highest selling watch in the world, but it never got sold outside it's own country.
on the healing bench is a 84 Seiko 5 that's awaiting a final clean and a new crystal. termed a Mumabi special because it's a mix of parts stuck together to form a new watch.

I also have a Seiko fleightmaster (quartz movement) that was my dads that gets worn on special occasions, this was my dads fancy watch so it has sentimental value. I also have a Fossil big tic circuit board that's pretty rare.
can't say as I care though.

over the weekend I collect a bag of about 30 movements ranging from 1970's rotary ladies movments through to a Bulova. all in semi working order. one of the rotarys is a 34 movement shape so it's going in my cheap ass pocket watch to replace the miyota knock off quartz movement.

as I said, I swim in the shallow end of the watch lovers pool.
D

Seiko 5 is a great watch. My friend has several.
N

d8mok said:
Seiko 5 is a great watch. My friend has several.
Click to expand...

Seiko 5 is a range of about 100 different watches, if you look online there is a parts catalogue for it (as well as all the service manuals) there must be a few hundred different options for it.
D

To be honest the watches I follow tend to be mid end stuff so slightly above Seiko in terms of price. I’d love a Grand Seiko though.

I follow Tudor, Rolex, Omega , Gshock mainly. Next purchase will likely be a full metal Casio but I’m still on the fence with its size.

I collect Rockwatchs. I stupidly sold most of them in a mad moment. So only have these left. Will get the full rock bracelet version 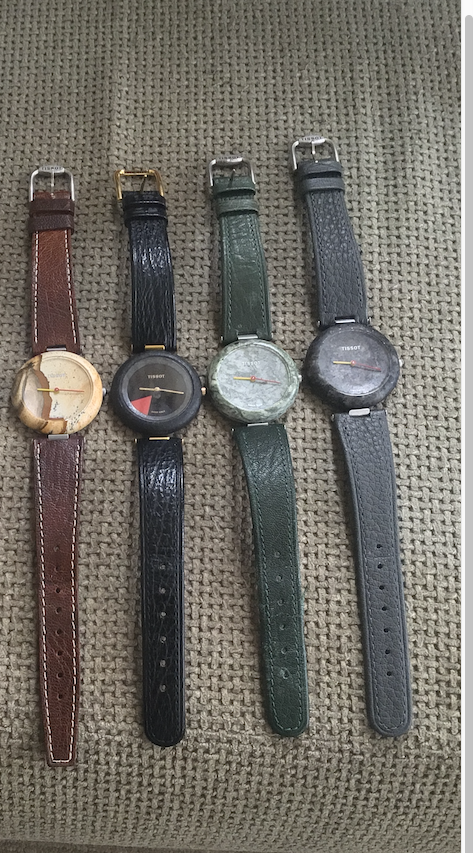 Thanks for having a go at explaining it to me Dom.. i'm not really down with the ostentatious car vibe either, i drive an old 240 wagon

i agree there are some enviable skills in making swanky watches, but it's the skills i admire rather than folks ability to splurge £££'s,
anywho...my contribution, i haven't taken this off since 1996, it's never lost time but hey.. i don't need to be anywhere.. at least not to the nearest second. 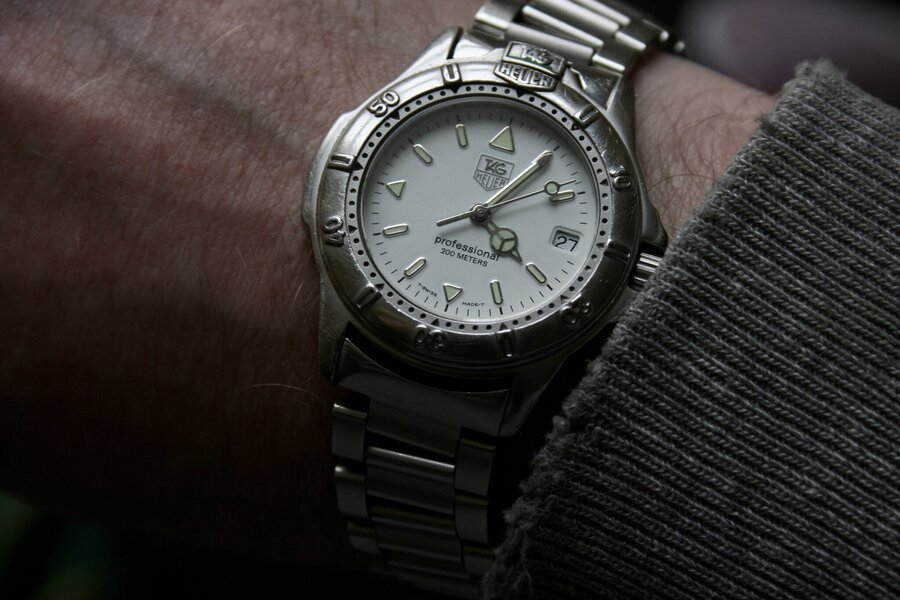