What’s this frame? Ritchey/Bonty? Something crap?

I’ll grab more pics once it’s stripped but any ideas what this frame is ?

It appears to have come with full XT so may be decent but also could be rubbish.

it has a Easton 7005 sticker which appears original. Has serial on BB starting SR.
D 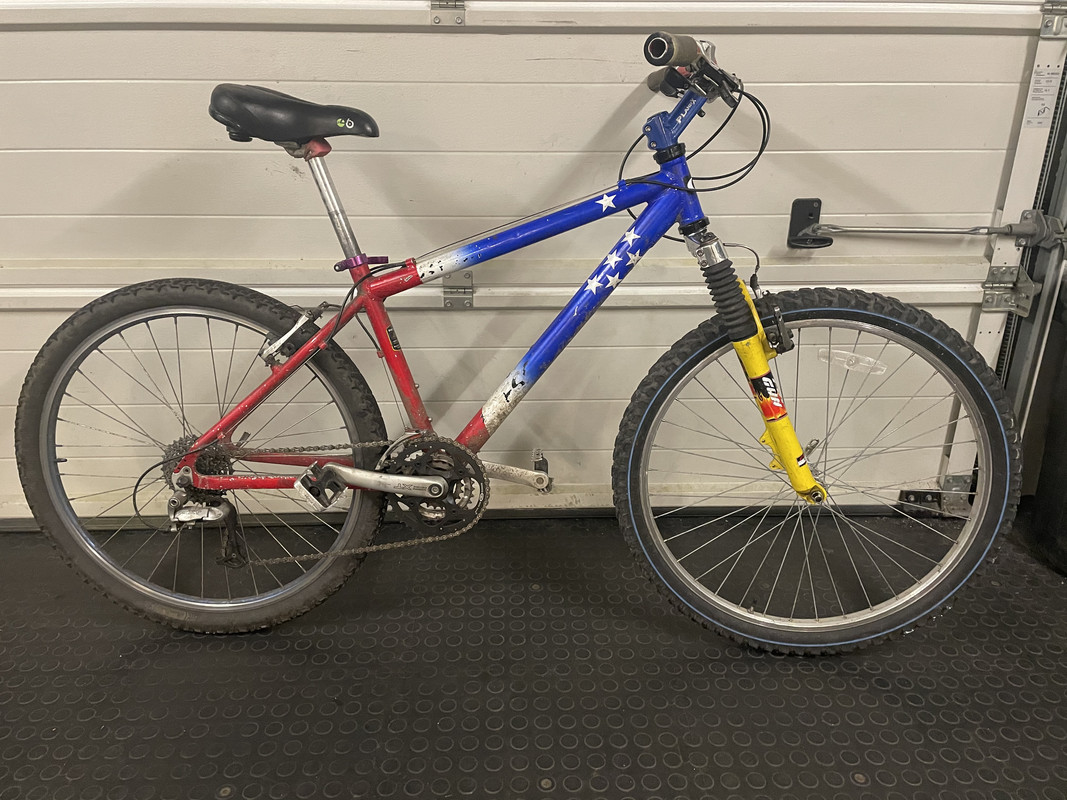 Coyote used Easton tubing, could be one? No idea.
R

Neither Ritchey nor Bontrager (mass) produced a bike built from aluminium.

kona had an easton bike with similar paint. but it's a little different. Could be a house brand like access and that's why someone removed the decals. https://www.retrobike.co.uk/threads/kona-ku-1996-stars-and-bars.309698/

JonSus said:
kona had an easton bike with similar paint. but it's a little different. Could be a house brand like access and that's why someone removed the decals. https://www.retrobike.co.uk/threads/kona-ku-1996-stars-and-bars.309698/
Click to expand...

Although this frame has similarities to the Kona Ku with Stars 'n' Bars Livery, it has many differences.

The only Ku with with all Top Tube Routing and a removable Gear Hanger is the 1998 model with a similar looking "H" style Hanger, but that frame doesn't have a reinforced Headtube flare as seen on this frame, and the Serial Number would be KK8M### format - they were also made from Columbus Altec2 Megatube 7005. The few 1998 frames made as a run on by Hodaka have a Serial Number format of H9A00###.

The 1995 - 7 Kus are made from Easton Elite Program Taperwall 7005, like the frame pictured, but the Cable Routing, Gear Hanger, reinforced Headtube flare and Serial Number sequence on this frame rule those models out.

At first glance, the Kona Kula seemed like a possibility, as many use the same Easton Elite Program Taperwall 7005 tubing, but the only models with all Top Tube Routing, similar looking replaceable Gear Hanger and flared reinforced Headtube is the 1998, but these were made at the Fairly Works factory and have a Serial Number format of F808K 0160- the 1999 has a different "D" style Gear Hanger.

The Kona AA used Easton Elite Program Taperwall 7005 from 1996 -7, but these frames do not have a replaceable Gear Hanger or all Top Tube Cable Routing.

Crikey - I got on a bit of a roll there for first thing on a Saturday!

Anyway, it would however appear to be fairly high end, as the Easton tubing does make for a good frame. 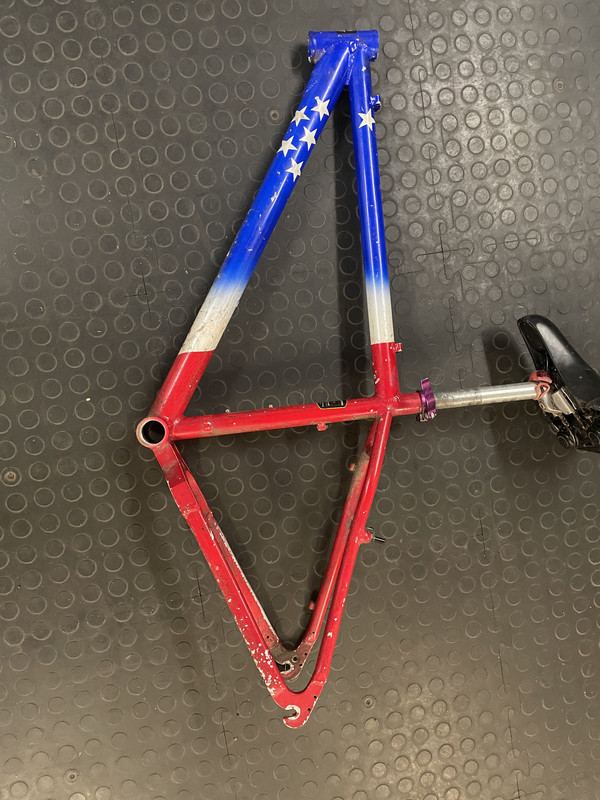 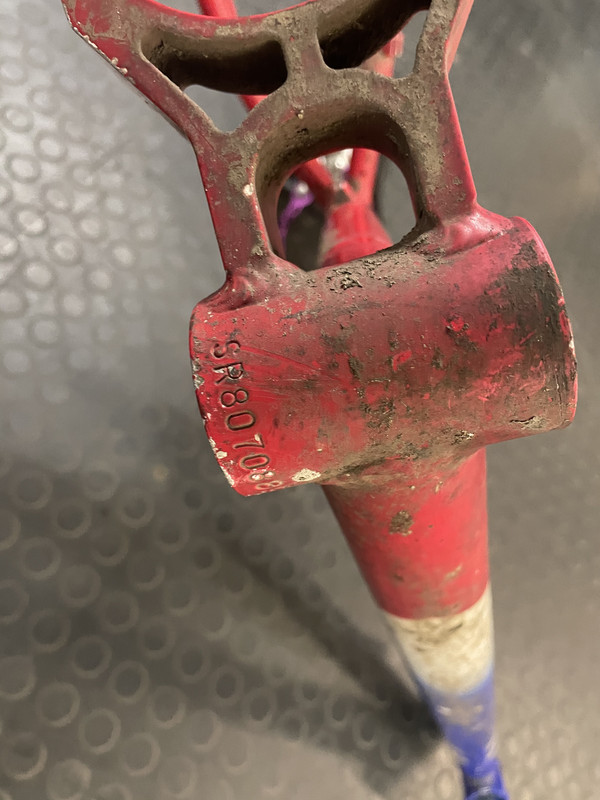 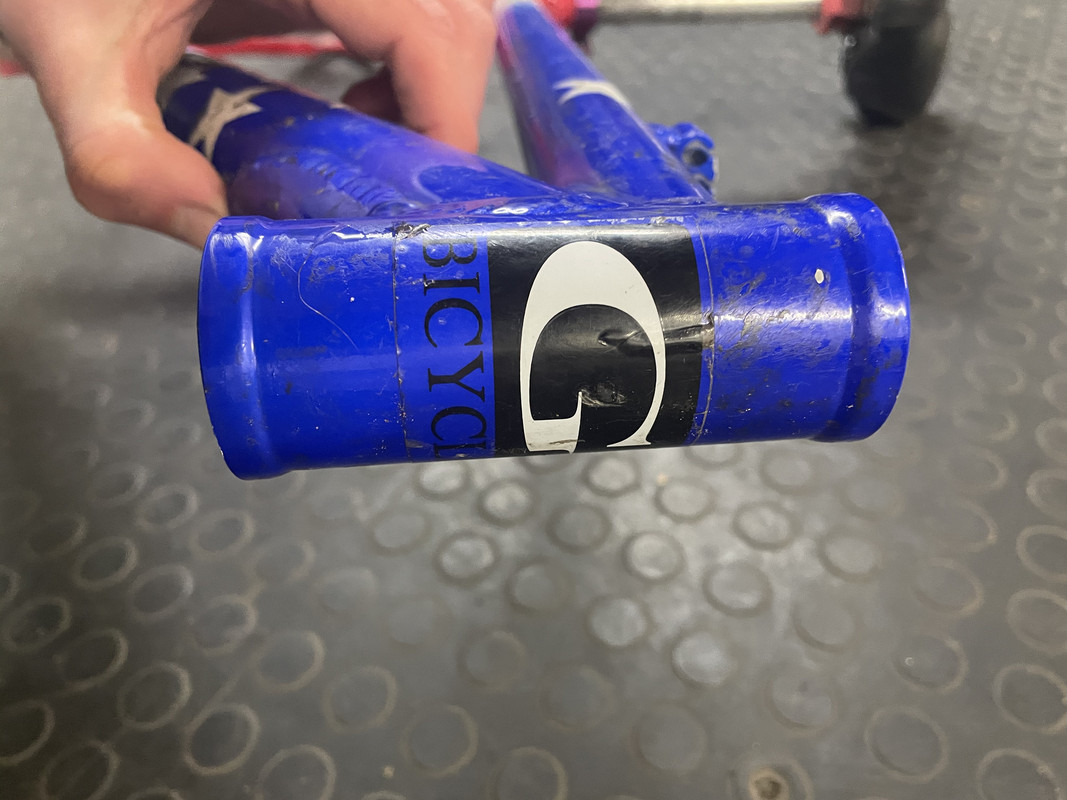 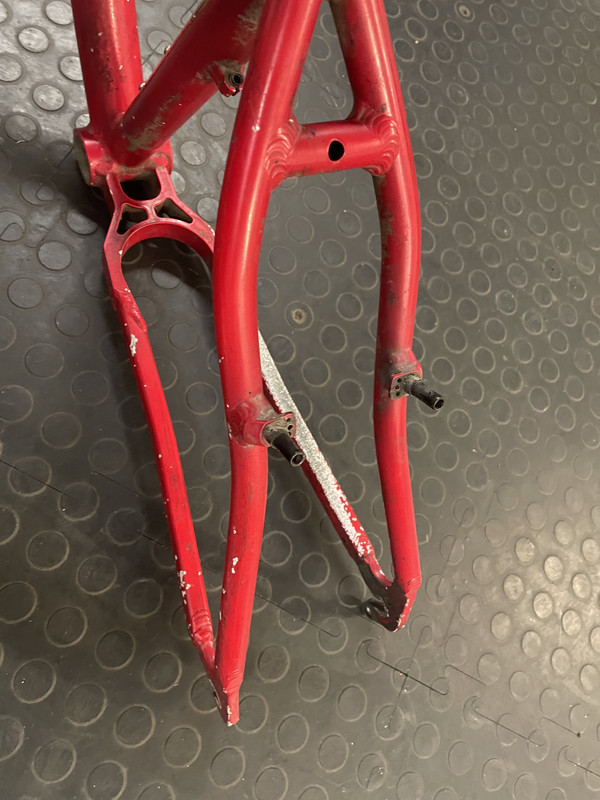 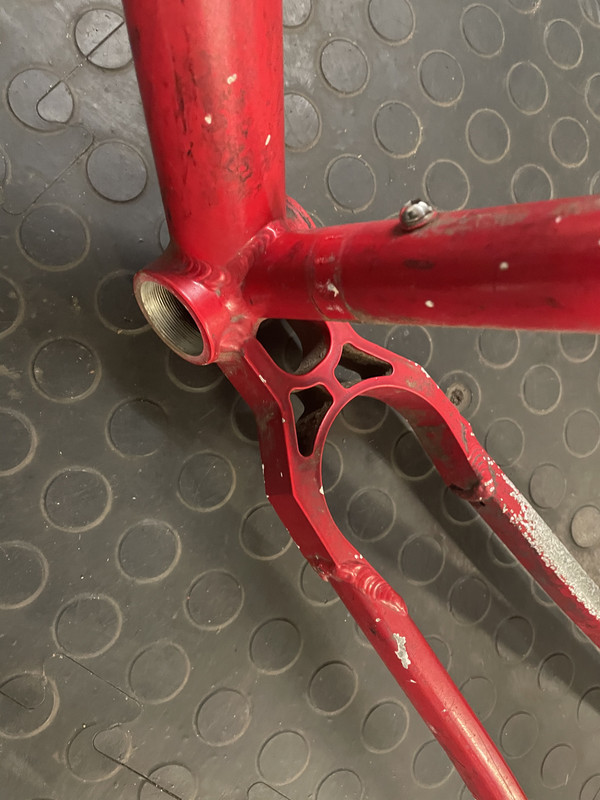 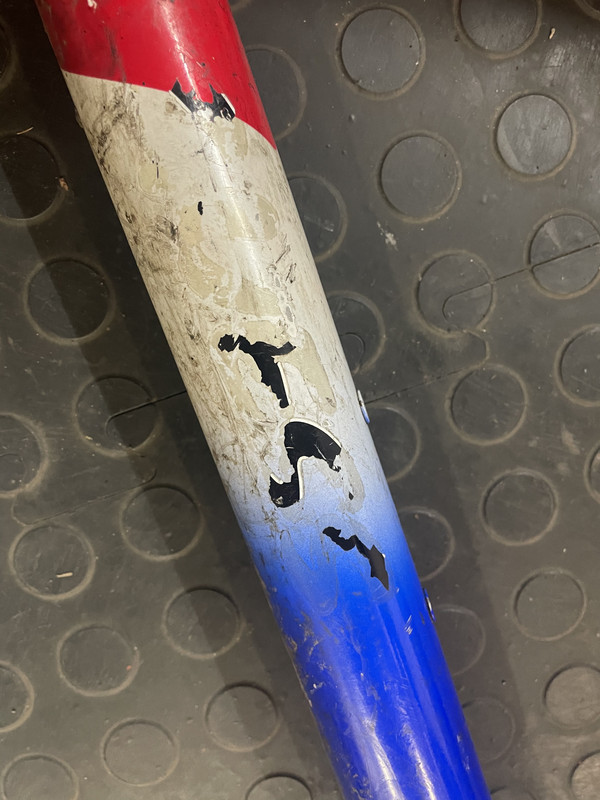 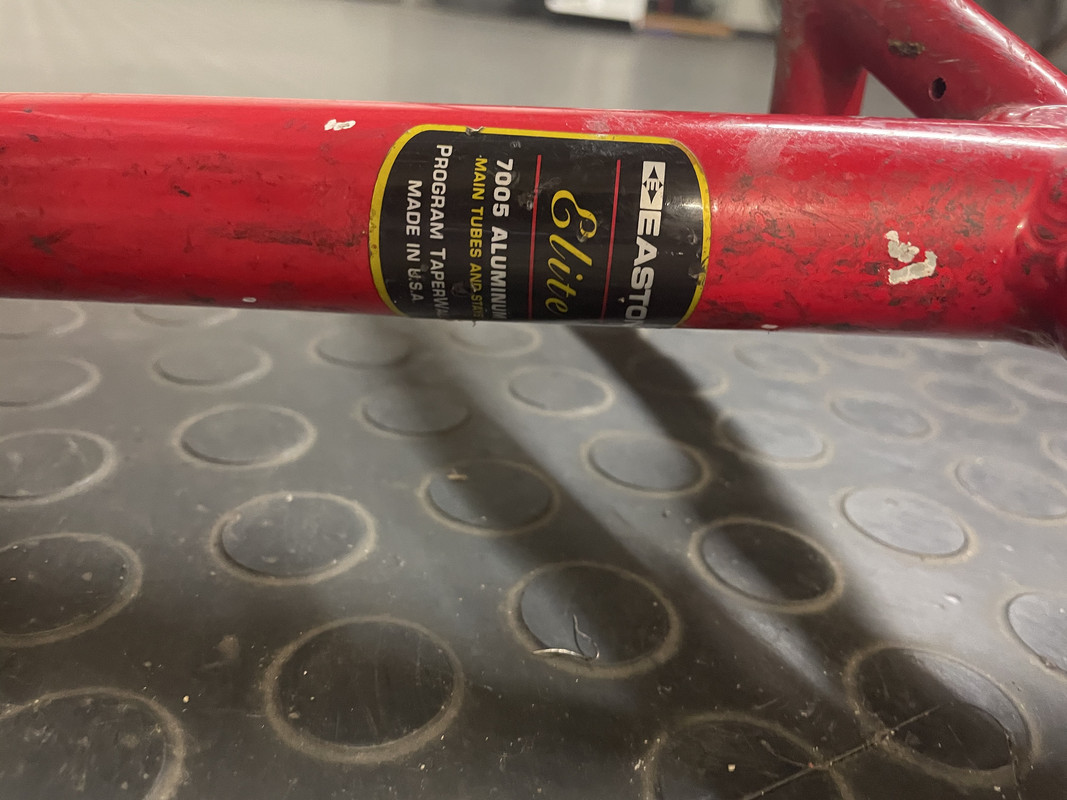 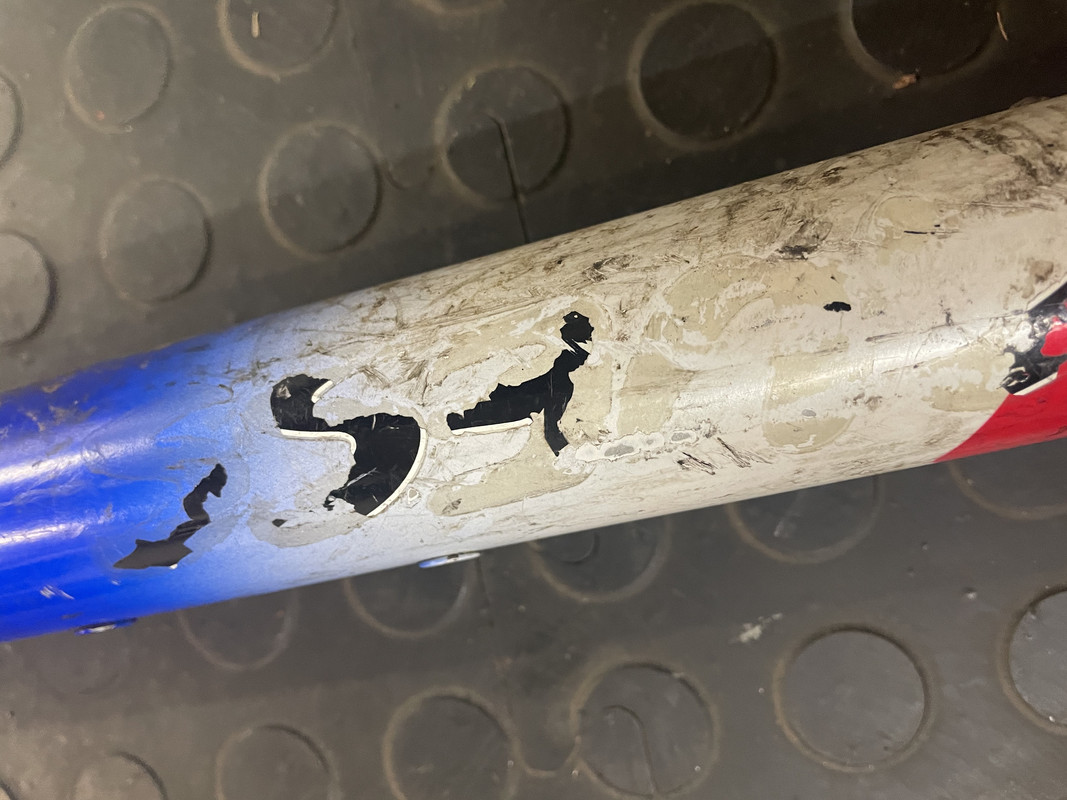 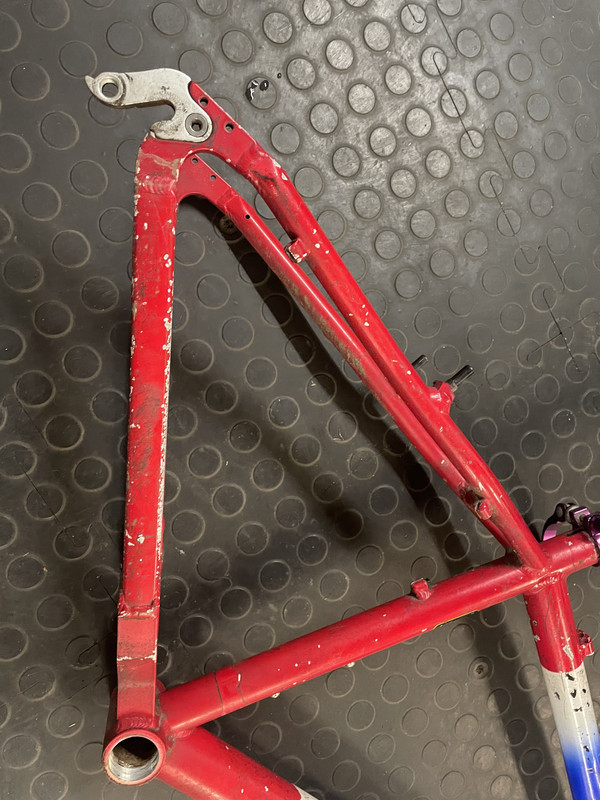 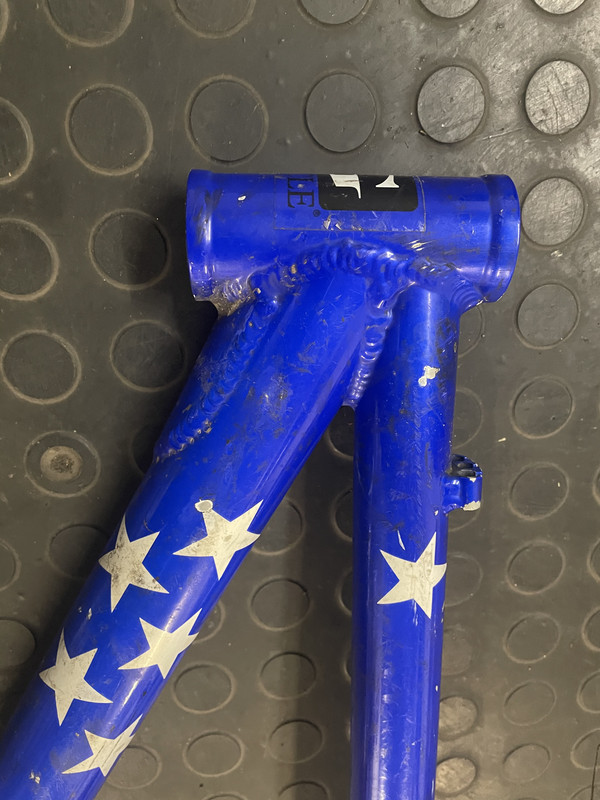 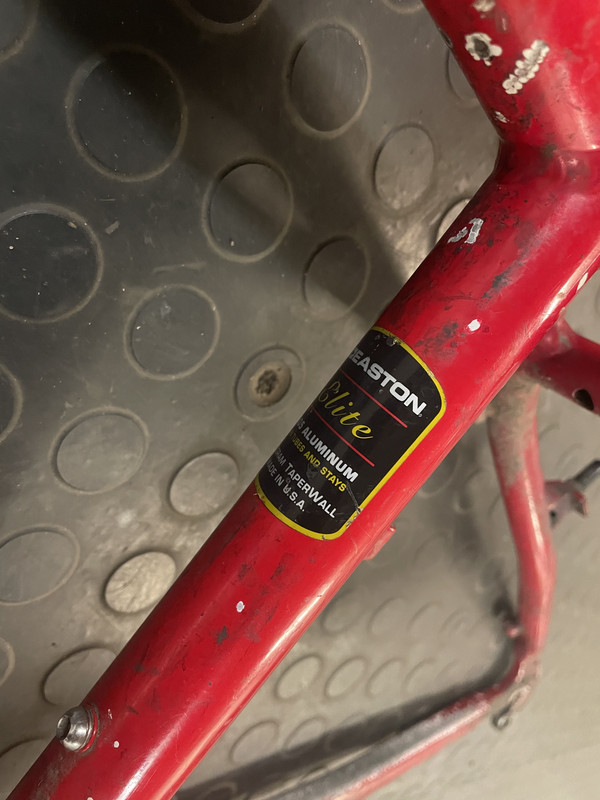 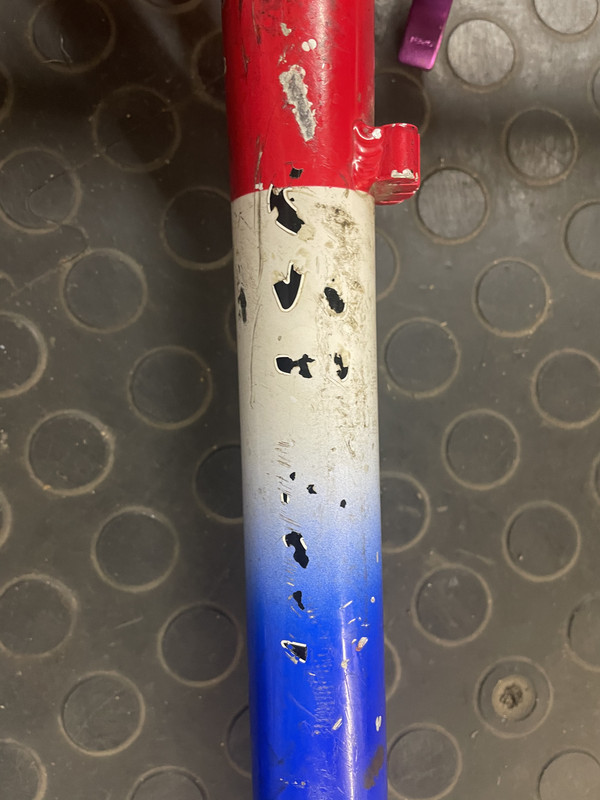 Not sure , can’t find anything online.

The reminder of graphics have I think says “Guess” maybe

Could the graphics say 'Quest' perhaps ?. IIRC that's the inhouse brand of 'The Bike Shop' located in Pinner.
You must log in or register to reply here.