WHAAAT???! take something simple and……. 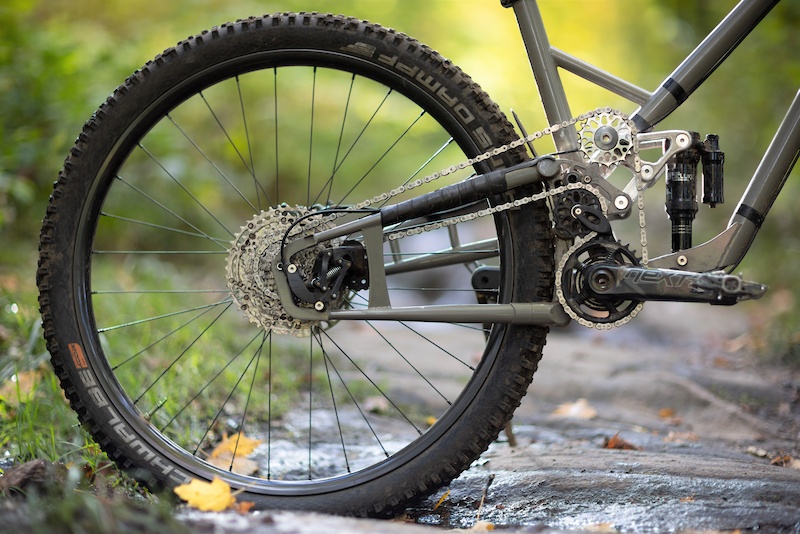 First Look: Lal Bikes' Supre Drivetrain Splits The Derailleur In Half Before It Happens On the Trail - Pinkbike

Cedric Eveleigh has created a new drivetrain that splits apart the traditional derailleur functions and moves everything out of harm's way.

BoTM Winner
It is an interesting idea but will never go far.

Gary Fisher Fan
It's hideous to look at, but I quite like the thinking.

You could put all that in a rotating metal box and stick it inside the back wheel - voila!! Rohloff.

2manyoranges said:
You could put all that in a rotating metal box and stick it inside the back wheel - voila!! Rohloff.
Click to expand...

Yeah but this saves 100g of unsprung mass and all that..

Ah ha! So.....You could put all that in a metal box and stick it in the bottom bracket - voila! Pinion.

Having watched the video, it’s clear that the designer has been committed and thoughtful, and genuinely wants to solves a problem. He’s worked hard on it and deserves respect and time. Yes, a Rohloff doesn’t do the same thing, since it’s important in MTBs to get the unsprung weight down, and try to control suspension/chain tension interactions. The supre drive does have the problem of drag and a lot of additional exposed gubbins. It does do some of the things which a gearbox does, but not quite so well, since the cassette and mech remain part of the unsprung weight. And both the supre drive and a gearbox need dedicated frames. But you can’t fettle ratios very easily in gearboxes - although there are variants of inclined cone drives which do enable infinite variation in ratios (think DAF). Ultimately, the gearbox can develop a lot, and probably will do. Like many things bike, it will get lighter, stronger, cheaper.

I haven’t had a ‘problem’ with ordinary mechs for a very long time, even with quite long cage mechs on dinner plate cassettes. Yes, I have had cursed mechs which are a nightmare to set up but haven’t we all. They are quite refined now, and yet still simple enough - and carry multiple functions: changing gear, keeping chain tension during complex rear axle paths on FS.

top idler will need to take a high load! still has loads of chain slap, adds weight too! has good and bad points.

Gary Fisher Fan
Another one.... 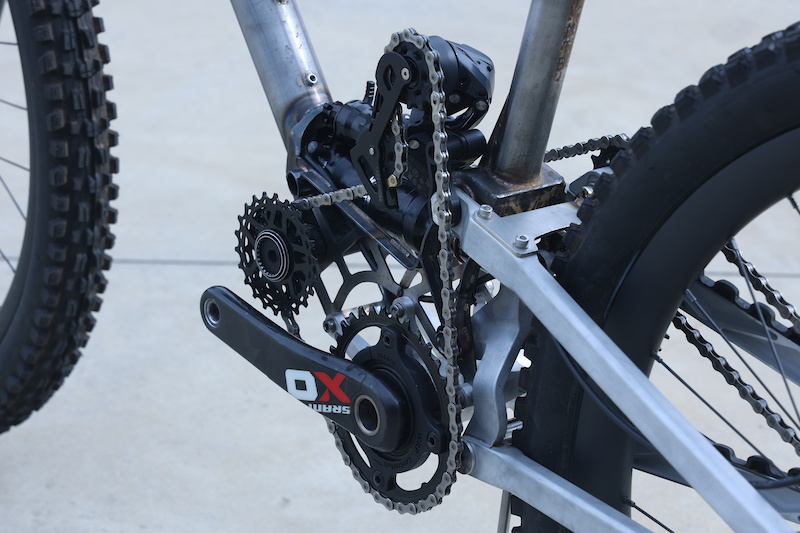 www.pinkbike.com
You must log in or register to reply here.