In 1998 I came off a Team Marin - hard. I still don't know exactly what happened, but I think I was following Ant too closely - a bad habit of mine - on a very very fast long downhill outside Brighton, above Rottingdean. These are baked-hard chalk runs with a scattering of gravel and huge flints. You need to be alert. I remember things from an hour before - passing group with the guy who broke his QR by over tightening it whilst replacing a wheel, the valley we dropped into with nothing moving and no one in it, and early morning breakfast - but then nothing....until late that evening. I have a flash of sitting on the ground looking across to Lewes, in the sun, with a collar bone protruding through a hole in my shoulder, and a flash of being stretchered into the ambulance. But that's it.

Eight hours of amnesia - and apparently being conscious but talking complete nonsense - and then lucidity returning when someone asked whether I wanted a cheese sandwich. 'Yes' I said - and the consultant said 'Ah, you're back....we were getting worried about you...'. She confirmed that I had a serious concussion, a 'moderate brain injury'. This I interpreted as good - 'moderate' is like 'moderate rain' which is fine for riding in. 'No' she said 'that's BAD'. Mild is OK-ish, Severe is gross impairment of function, 'moderate' means some thing lasting, but potentially not life-changing. I recovered, returning to work far too quickly, dealt with the headaches and fug, and was amused by my inability to recognise certain words - such as the incredibly challenging 'it' and 'they'. I recovered - or did I? Who knows, really. Most people THINK I am the same person so I probably am.

As a result I became interested in concussion, and read a lot of research and talked to a lot of medics. And from 2000-present the realisation has grown in sports that stuffing huge energy into your skull is a Very Bad Idea - particularly that which invokes rotational brain injury. Rotational brain injury occurs when the brain twists in the skull, and brain tissue is good at resisting perpendicular force (the anvil test of most helmets) and terrible at resisting shear forces, which just rips brain tissue apart (imagine a deck of cards - hold the pack vertically and bang them directly on the table, and the pack stays intact; hold them at 45 degrees and the pack shears apart).

We were early adopters of helmets - mid 80s - the early Bells and Giros - just EPS with a lycra cover. And ignored the fools shouting at us from cars. Few people realise that the thin ABS cover now on helmets is to stop the helmets from grabbing as they hit the ground - that's what induces rotational injury. The plastic is designed to make the helmet skid on the ground. That day in Sussex, my helmet worked - the consultant said 'that helmet saved your life'.

I've upgraded constantly, not because helmets age - there's research which says that they don't, if kept out of endless direct sunlight - but to get better function. In 2019, due to the council putting down the wrong grit, I had a huge facial injury (along with 9 others in the city that evening) but the massive blow to the head was fine - the new Bontrager MIPS helmet really did its job. I wish that I had been wearing a full face, which I wear off road now all the time - my maxillo-facial surgeon said 'if you lose teeth again we won't be able to do much'. The nerve damage to my lip and face is defying prognosis and getting better month by month. Which is good. Without my high-performing helmet, it wouldn't have been that which I was worrying about, but something far more serious.

So....perhaps take the risk of concussion seriously, and ride a retro bike but a very very non-retro helmet. Yesterday we were riding single-track trails which we could never had ridden on retro machinery, and it felt safe and controlled. And I was sure happy I was wearing a full face with MIPS.

This is an interesting one: 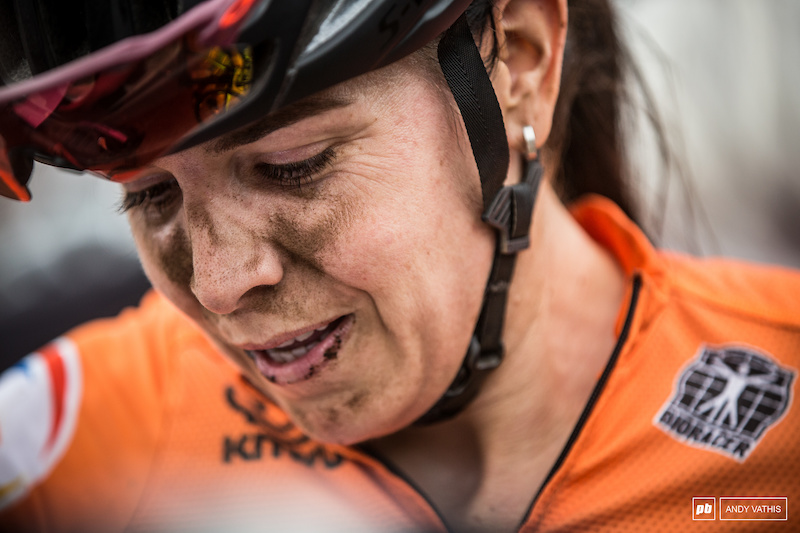 Interview: Anneke Beerten Opens Up About the Traumatic Brain Injury She Suffered 8 Months Ago - Pinkbike

We caught up with Anneke Beerten to find out more details about the injury, what some of the things she's been doing for rehab, and how she is doing eight months after the incident.

Agree with it all. Drop sensitive electrical item on the floor a few times I.e laptop and there will be no end connection failures, dry joints, and fractures.
A good helmet (I have giro skyline) is a must, if not for low branches!

A good read is above. We cant predict and prevent everything, ever, but give yourself a chance. Innit.

Manitou Fan
I have a collection of Retro helmets which I do use on my Retro rides (which tend to be gentler affairs) but anything gnarly and a modern helmet every time. MIPS and similar systems make a huge amount of sense. As a kayakers, snowboarder and biker for the past 30 years helmets have always been a part of my equipment and it is noticeable how thoughts have changed on design and dissipation of shearing forces is where it's at currently

I'm one of those who don't wear a helmet and never have. Been riding bikes since I was 5 years old, on roads and trails, down rocky inclines, bunny hopping at speed over tree roots with a sheer drop less than a metre to my right etc etc, had plenty of tumbles and crashes over the years but never seriously injured myself. Perhaps there's a bit of luck involved, but I'm also very careful and I think some people are just more comfortable with falling than others, I'm one of those who seems to be able to fall without tensing up and injuring myself, as an ex skateboarder I guess I mastered the art of colliding with the earth and other immovable objects.

The thing is I love riding bikes because of the feeling of complete unencumbered freedom, the sight of the ground rushing past beneath my feet, brushing past foliage as it blurs into my peripheral vision, the wind in my hair, and yes, the sense that there is an element of danger to what I'm doing. Don't get me wrong, people who wear helmets are being very sensible, there's no doubt that a helmet can save your life, or at least limit the potential for serious head injury, but for me life has always been about taking risks, that doesn't mean I'm reckless or foolhardy, I know my limitations and I'm always careful around other people, especially old folks, kids and of course dogs, I pay absolute attention to everything when out on the roads, for a while I was a courier in London and rode a fixie with no brakes, after a couple of years doing that you kind of learn to ride around or away from trouble, you also become hyper aware of potential hazards and often see them developing before they manifest themselves.

It's a matter of personal choice, life is full of dangers, we're all going to die some day and in between now and then all manner of harm from things beyond our control could come our way, but we can't mitigate against them all, I think young kids and anyone with a nervous disposition, or anyone who perhaps lacks confidence or is liable to panic in moments of crisis should wear a helmet, for me though I trust in my experience and ability to react calmly and controllably in the moment enough to do without the polystyrene hat.

Good sensible posts so far on this thread.

As soon as it begins to spiral off into another endless helmet wearing stand off it will be locked.

Personally, I do and don't wear helmets.
I wear one mainly to have the peak to stop the glare of the sun and to keep the rain away. That and for branches, it's saved me from branches far more than anything.

It's not that I haven't had bad crashes, drystone and marc2 can tell you that, but.. Hang on all day breakfast has turned up...

Aye - being a cumsy clunt I wear a helmet. Currently MIPS. Saved my noggin at least once in recent years when I went down at speed like a sack of spuds on black ice. Ice has had me off a couple of times so now also have a spiked tyre wheelset on standby. If I was to be continuing with skiing I'd also be wearing one for that too.
I'm also someone who will occasionally disappear into the mountains for a day or so without a mobile phone due to decades doing so before I ever had one. I'm less likely to forget now it's my camera as well but it's amusing it's considered irresponsible not to carryone now when for years it was impossible.

That’s an interesting one. I still feel that anyone going into the hills here or in the Alps should aim to be as self-sufficient as possible. I have guide and rescue team friends, and they tell of people who think that having a phone is reason not to be prepared in any way, even with respect to footwear, and can just ‘call in the rescue services’ - even though coverage can be patchy at best in some parts of the UK and Alps. I’ve worn a helmet in the Alps for ages, since rockfall is now a BIG problem, following loss of so much permafrost and summer ice.

I've always invested in good quality helmets since then, though I've not come across mips before this thread, but having read a bit today, seems like a smart idea and not just marketing to get you to buy a new one.

I think my next helmet will feature mips.

Thanks for bringing this up.
You must log in or register to reply here.

Who says retro road bikes have to stay on the roads.

are we riding bikes which are too small?
2