Log in to Facebook to start sharing and connecting with your friends, family and people you know.

No idea what this is but it has some nice touches.

Diamond top tube, not familiar with the brand but looks good for the money.

Fortunately the other end of the country, as I knd of like that. I hadn't heard of the brand, but someone gives a mini review of a similar frame here: 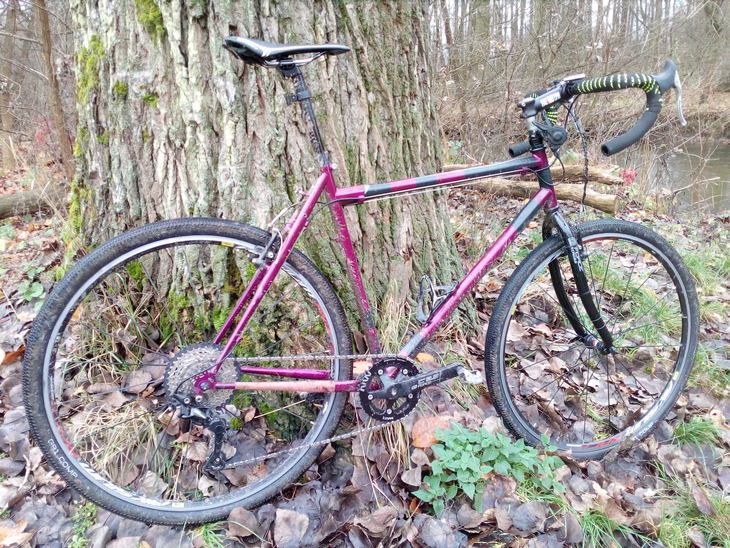 'The rebirth of Reta. A simple bike for relaxing browsing through the countryside. I can't get rid of that bike. Nobody wants him and somehow it has grown to my heart. The frame weighs about 3.5 kg, which ends its disadvantages. Ram is very stiff. The bike goes nicely behind the pedal. The low frame and extended seatpost work well in the field. The bike is agile and playful. I reduced the slx shift to reduce the head composition. Shifting is not on the wound and I can fall to my mouth with a clear consciousness. Transfers are nice, 42-11 for trails and 42-42 for hills. The xlc mini brakes brakily 90 kg. The bontrager tires are a surprise. I keep the speed of 30 km / h on the asphalt and it holds nicely in the field. The toothed pattern holds well even in tilt. I enjoy riding this monster. It goes better than a fable and I go almost everywhere against the clear road. I use the bike to roam. Finger on the map and hr into the field. Sometimes good shoes are suitable'
M

Reta is a 90s Czech product, called after its founder, REné TAller. It has some appeal for some people, yeah the top tube on this model is nice. Anyway, it never used nice tubes and overall they were low level. There were quite many producers of rather cheap bikes in the 90s here. Not sure if it was Reta or another brand that went bankrupt after floodings in the early 00s.

I had one some years ago, Reta M1, their first atb model. It was Sachs equipped (as many of them), from about 1991/2, 14kg ish and not really bad. Bought it for about 30 pounds in great condition, and ended up selling it for like 25, which is about what they go for here.
You must log in or register to reply here.