One of my best friends is turning 50 shortly (in fact we all are) so thought I would get him the bike he always wanted from his early teens but never got... a Raleigh Banana. After a fair bit of searching I found one I *think* is the correct age and in his XXL size. It's the 18-23 version, but in this case it's not about the tubes, it's about the sentiment.

It has two serial numbers stamped on it, one on the down tube and I think a different one hidden, bar one digit, under the cable guide on the bottom bracket. The guide is riveted on so haven't been able to date it exactly, assuming the hidden one is the important one.

It has taken a fair bit of work but looks pretty respectable, so thought I would post up a few pics. One thing I re-discover at the end of every project is that I'm really, really bad at photography. I don't know how others get such good pictures of work in progress. Mine are rubbish, plus I forgot to get any pics of the shocking state the bike was in when I picked it up. The work in progress pics are just random bike bits covered in grease and rust. Any photography advice will be gratefully received.

There will also be a RetroBike quiz at the end for anyone with a forensic knowledge of misplaced Raleigh Banana decals.
R

The general state of affairs... 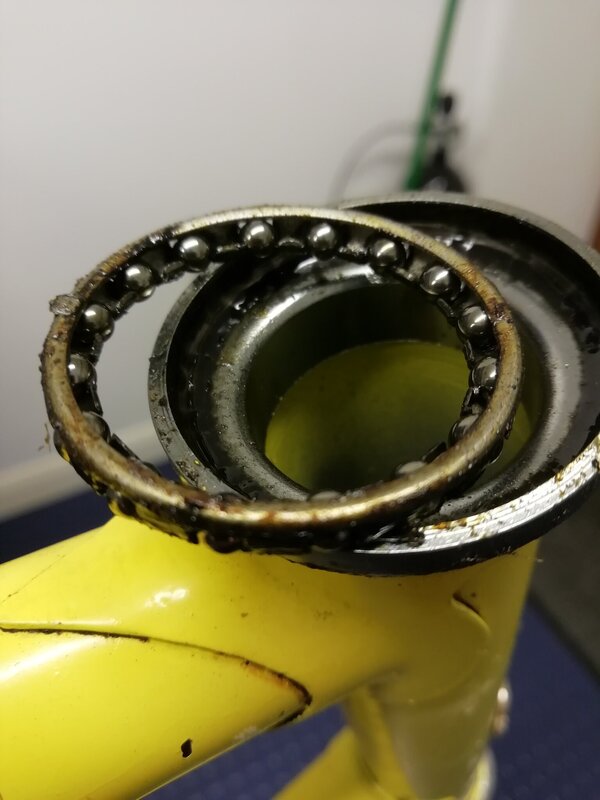 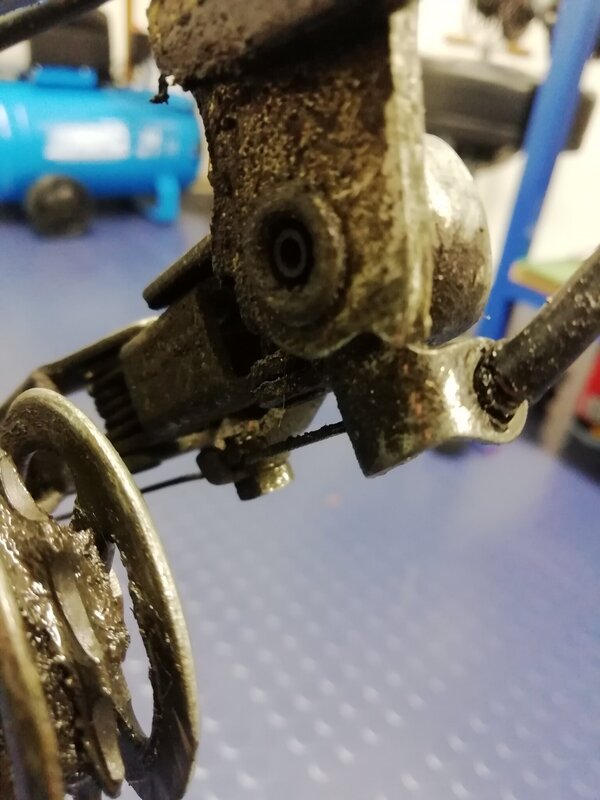 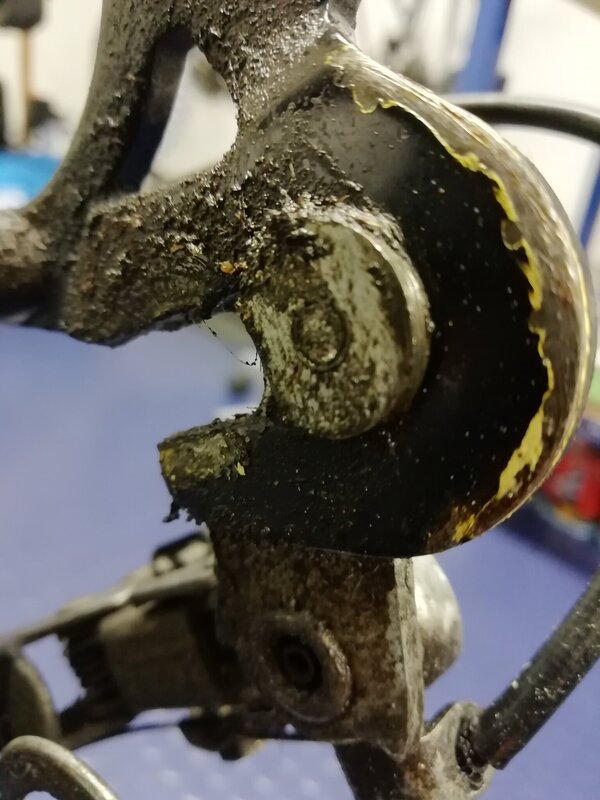 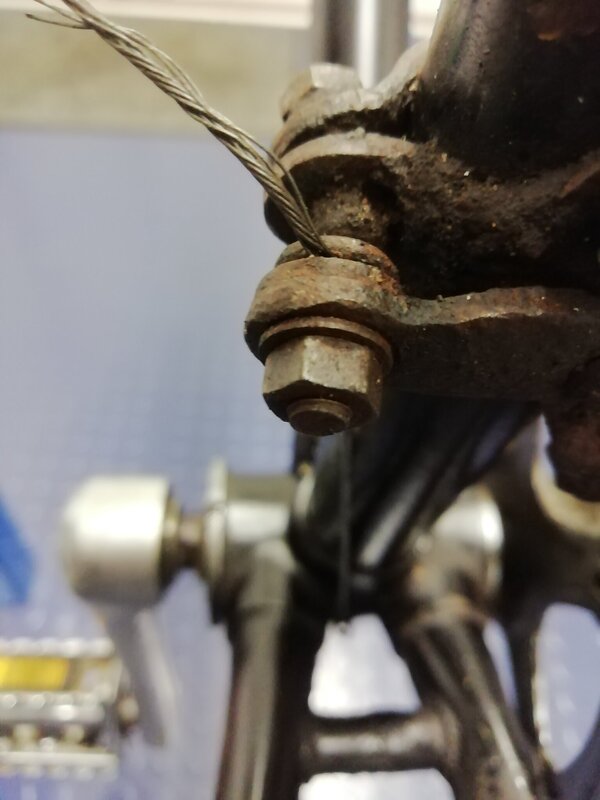 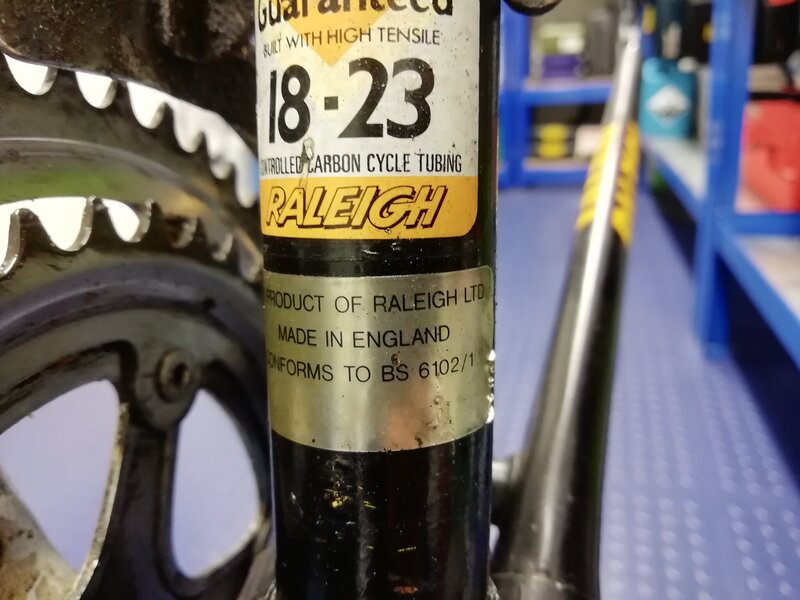 Down tube serial number under a pretty bad attempt at a rattle can spray job by one of the previous owners... 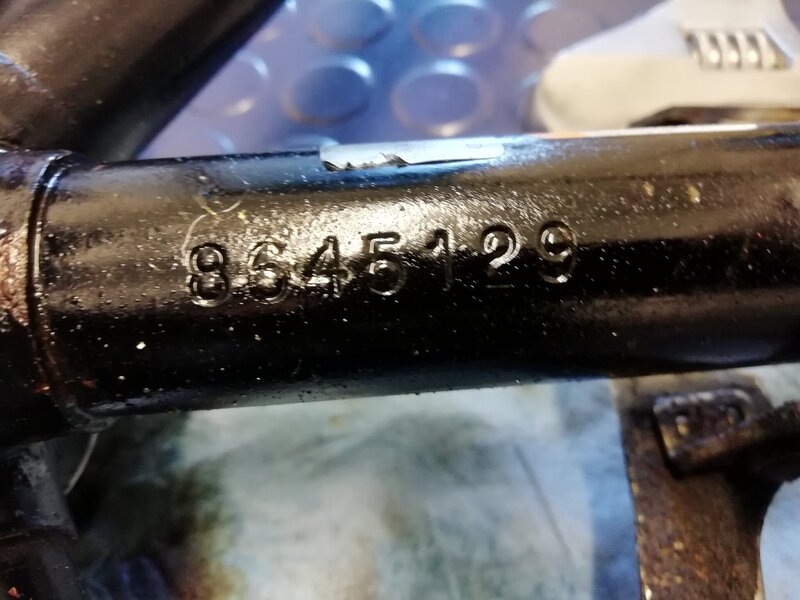 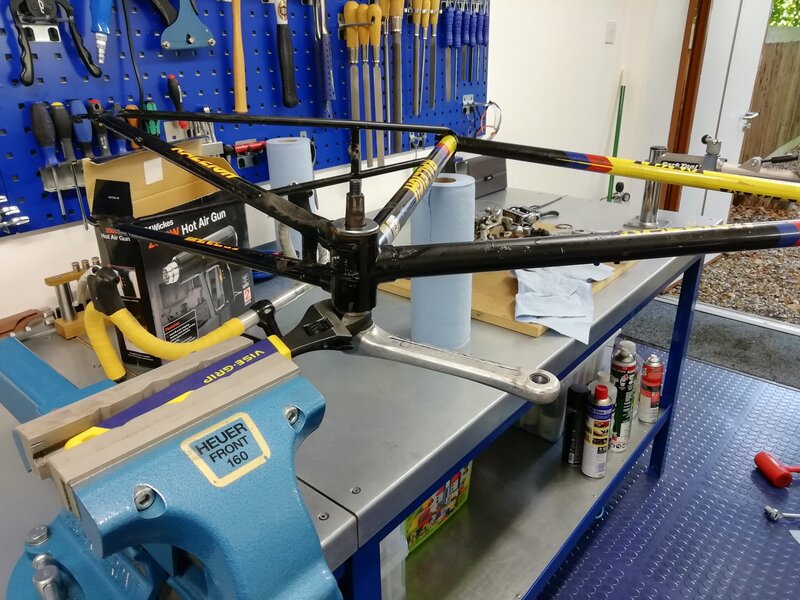 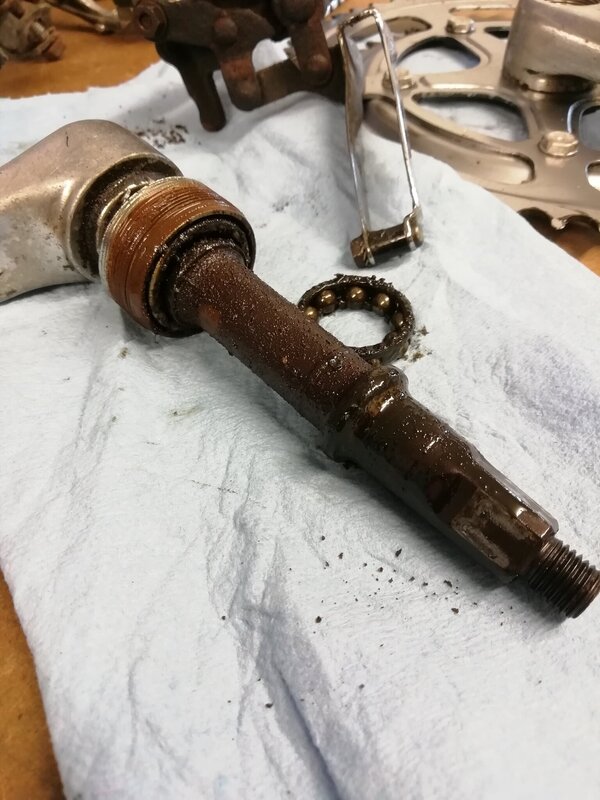 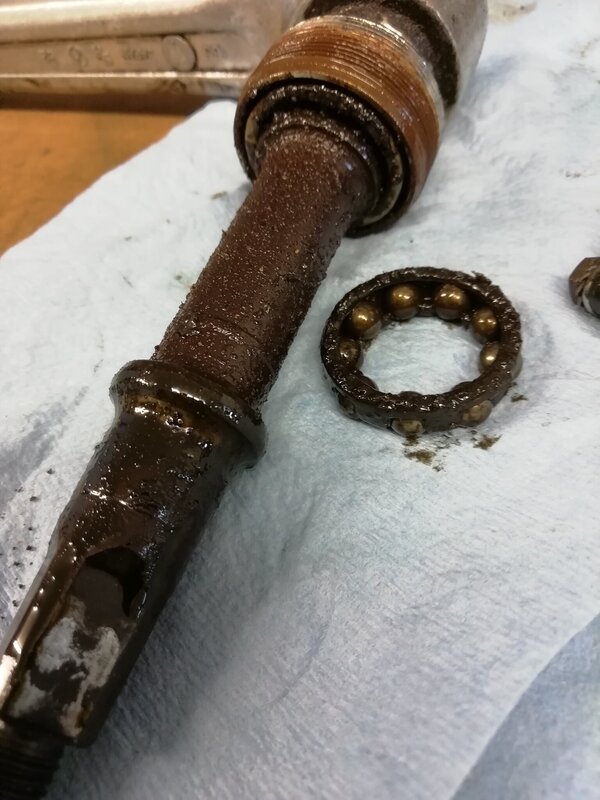 Before and after rims... 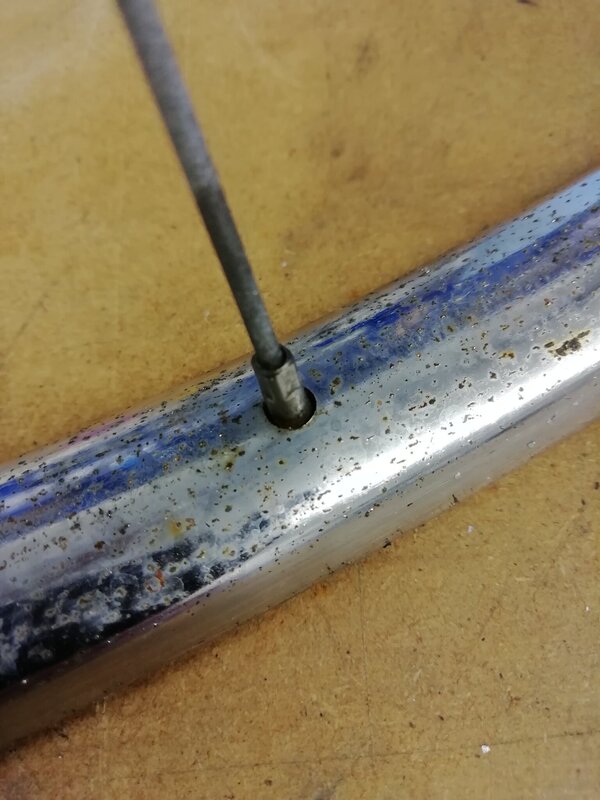 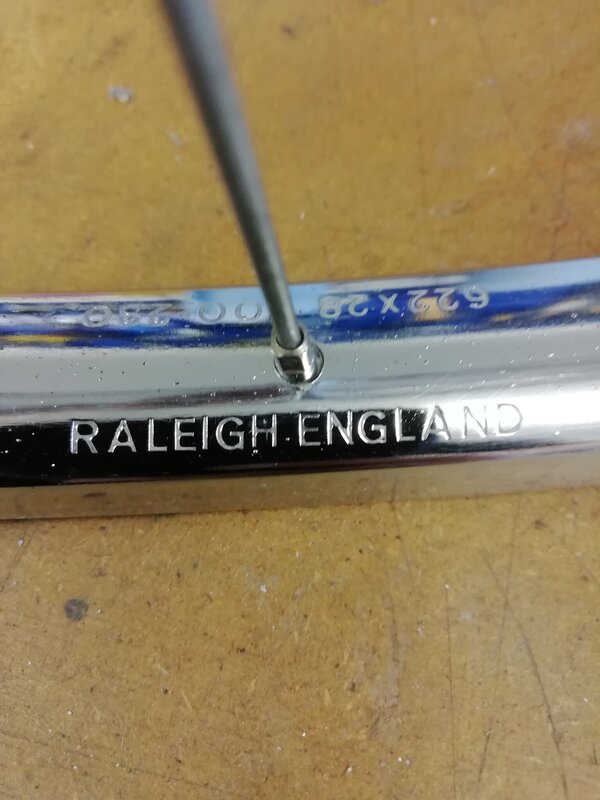 I can't even work out what this is, might be a front derailleur... 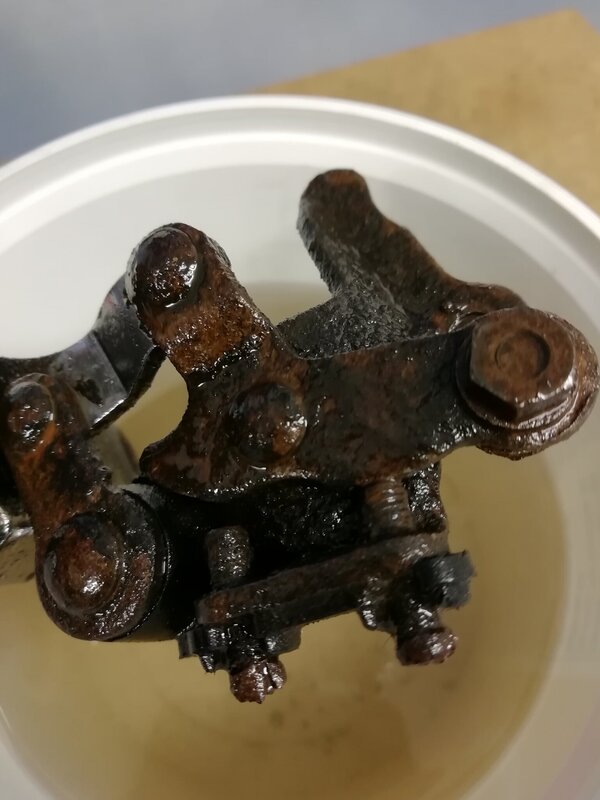 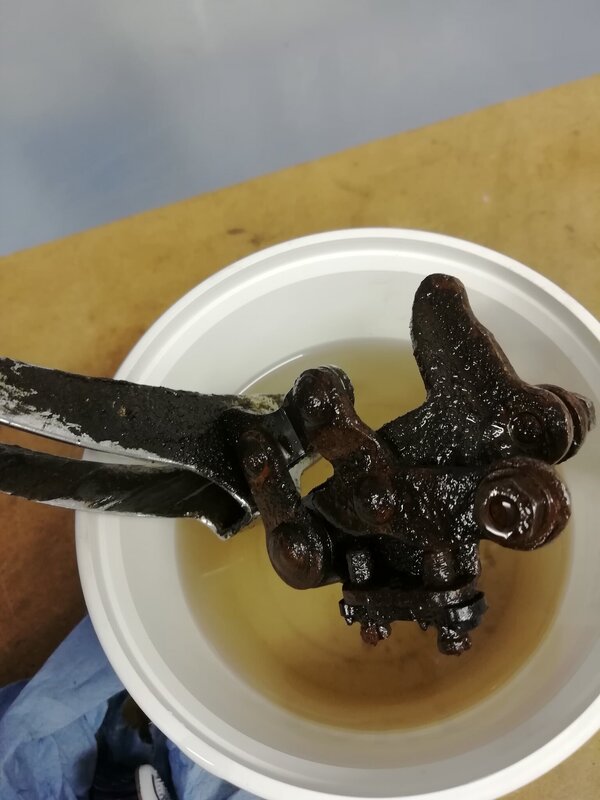 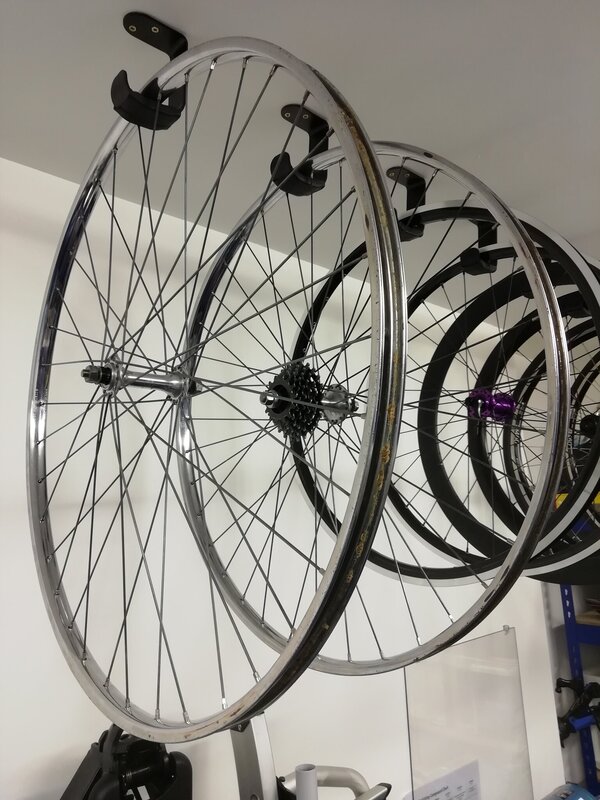 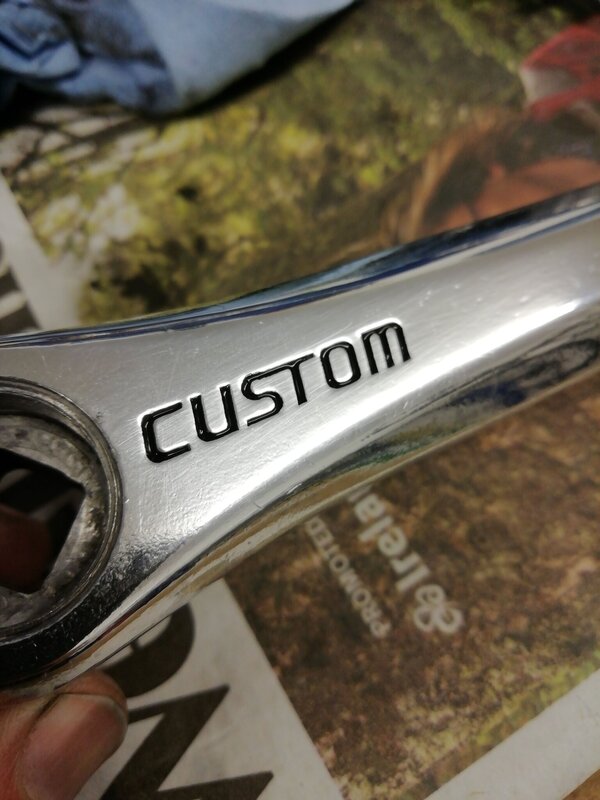 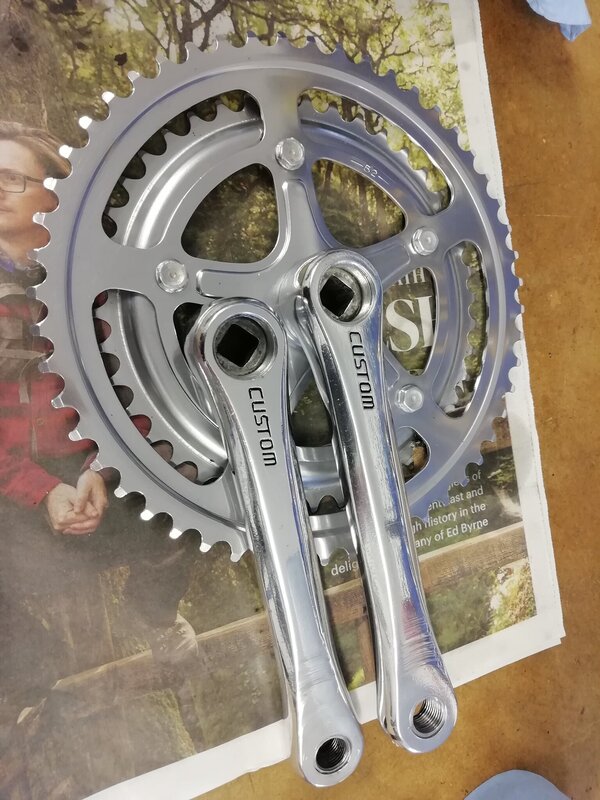 Beginning to think I've bitten off more than I can chew... 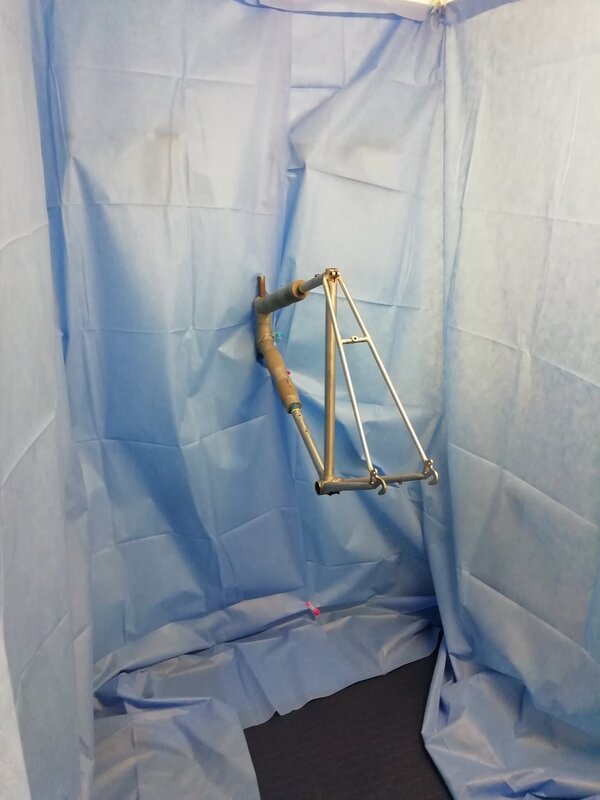 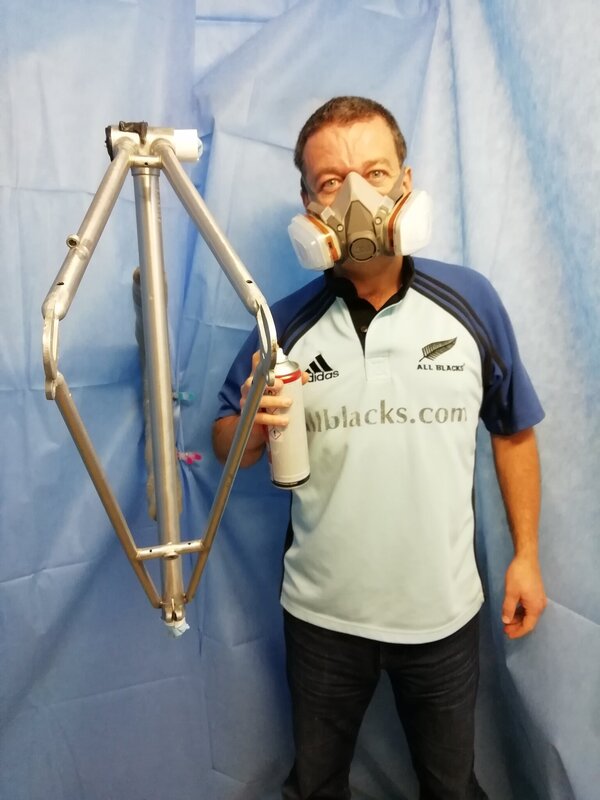 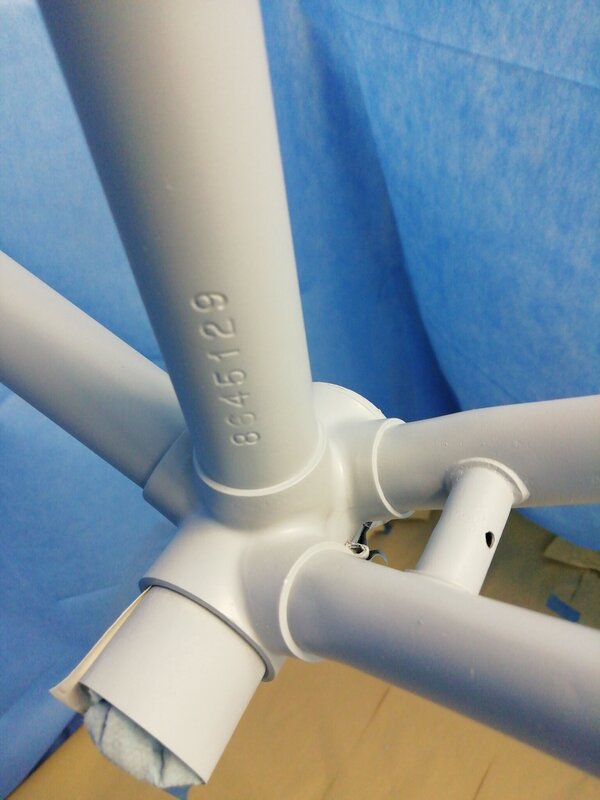 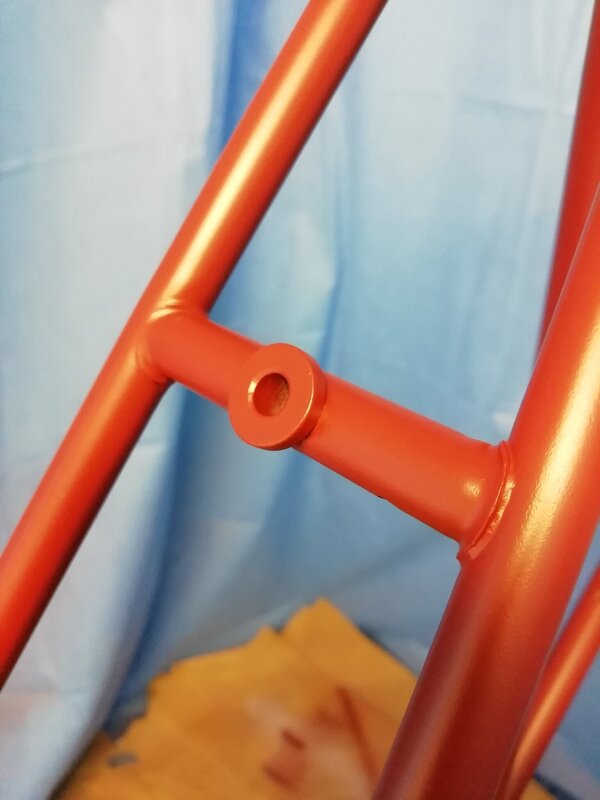 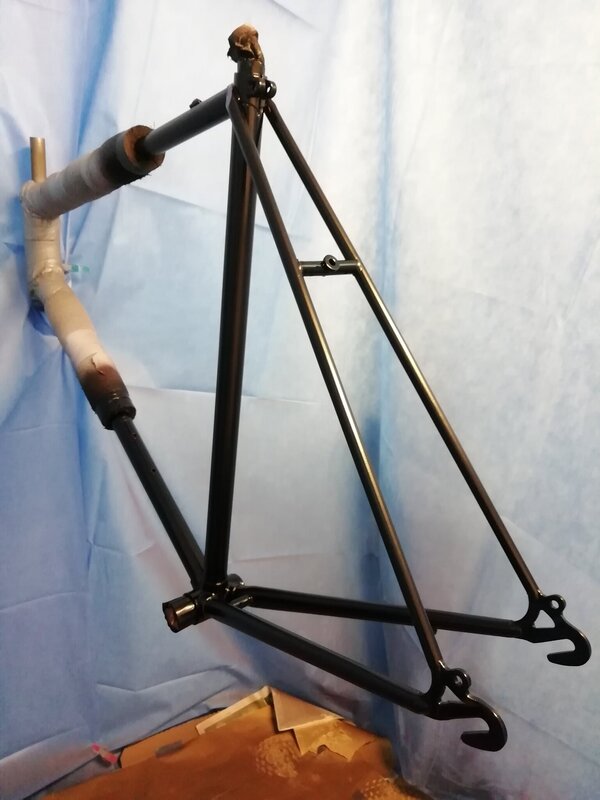 ...and you will be pleased to hear, finished. 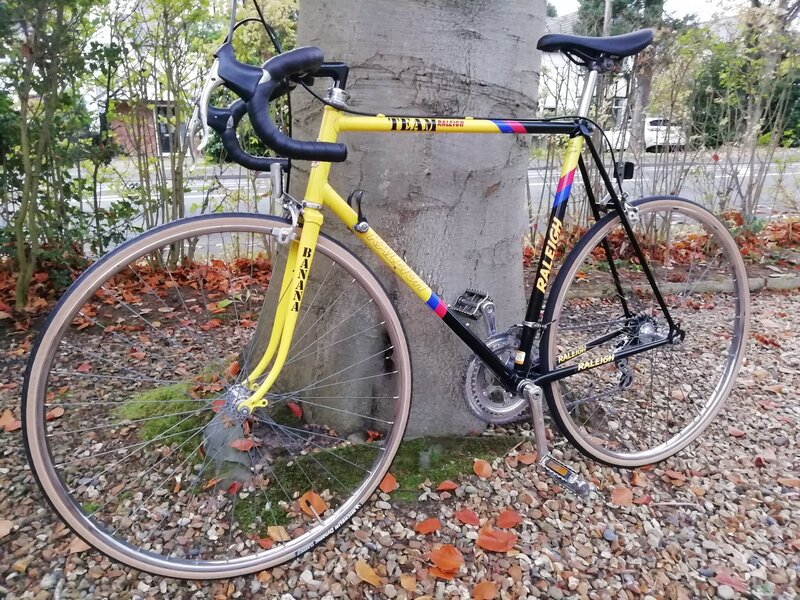 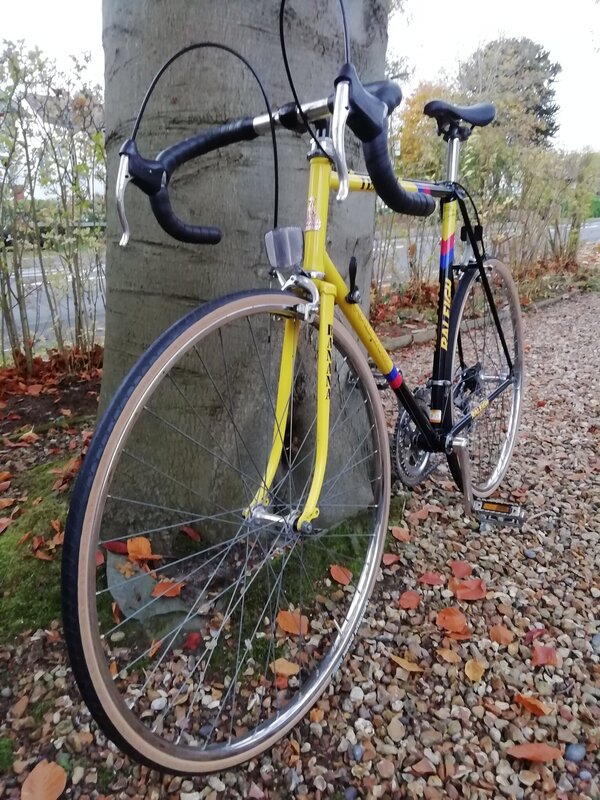 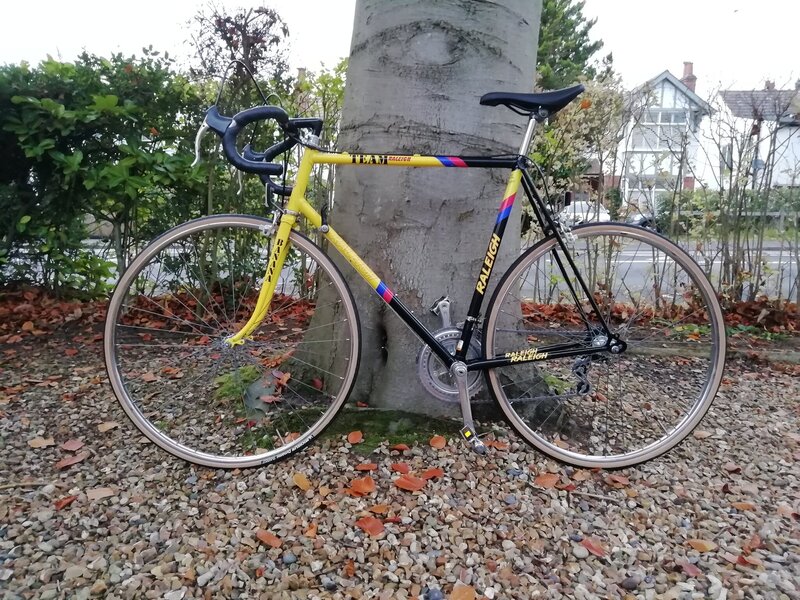 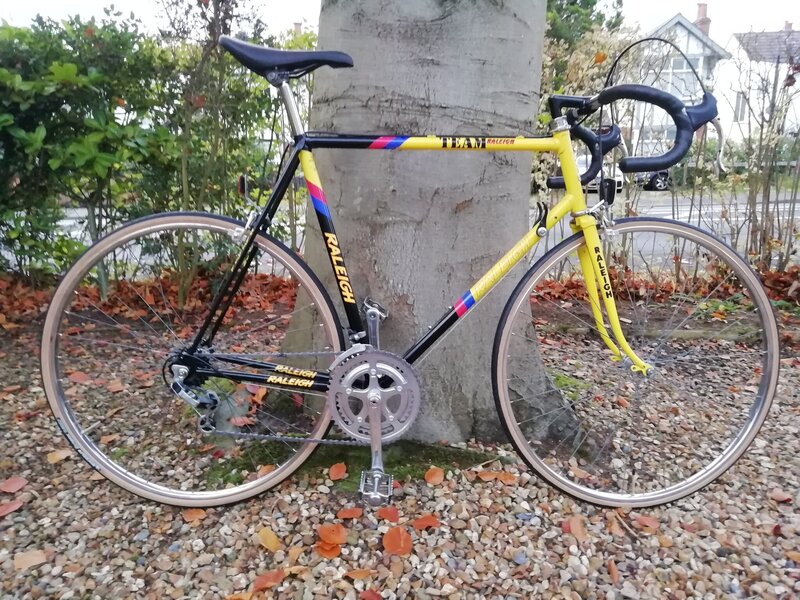