After only riding retro for a while I figured it was time to ride a modern bike as well, so one of the retro's has made way for this Ghost ASX.
The 120mm of travel each end is most welcome! It's not a light bike (32lbs-ish) and my retrobikes weigh almost 10lbs less, but it's comfortable, solid, stable, fun to ride, and actually faster in most respects than my other bikes.

Forks are Suntour Raidon Air EL, not my first choice but they seem to perform just as well as similar offerings from Rock Shox etc, just not quite as plush as Fox Forks.
Rear Shock is an X-Fusion model, also a new one to me but so far so good, x-fusion stuff seems to get good reviews.
Brakes are Tektro HDC300, I thought I would be swapping them straight out for something else, but I'll be damned if they aren't every bit as powerful as the Hope M4/Mini brakes I previously had :shock:

I've swapped out a few components that I had kept from the bike I sold to fund this one, but the plan is to use, abuse, and replace parts as and when they need it... (or when my fickle upgrade addiction rears its head again :facepalm: ). 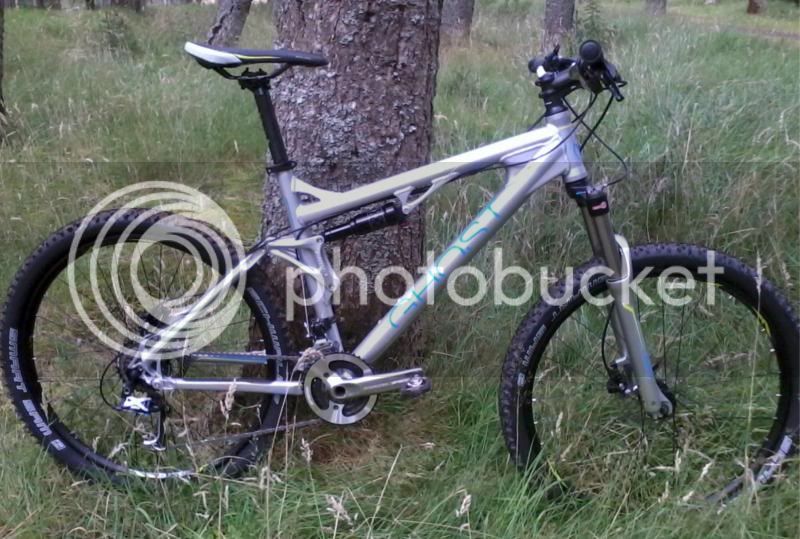 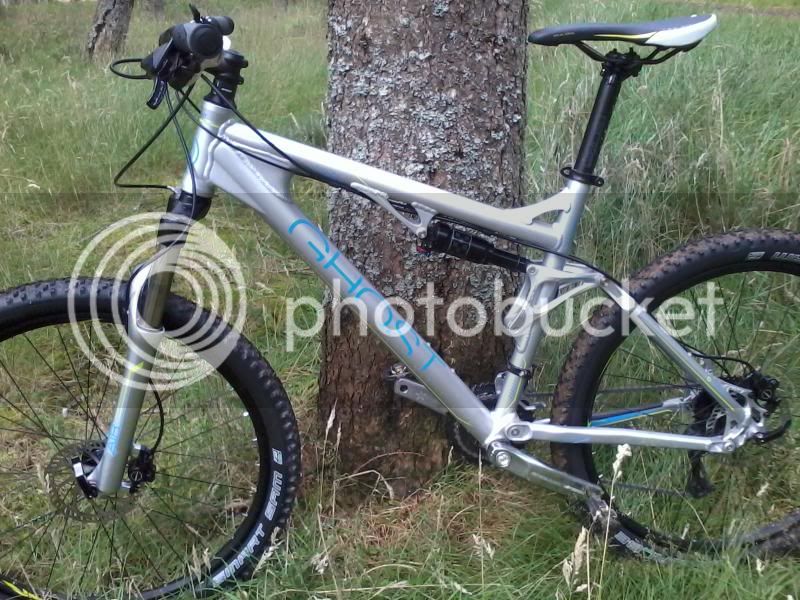 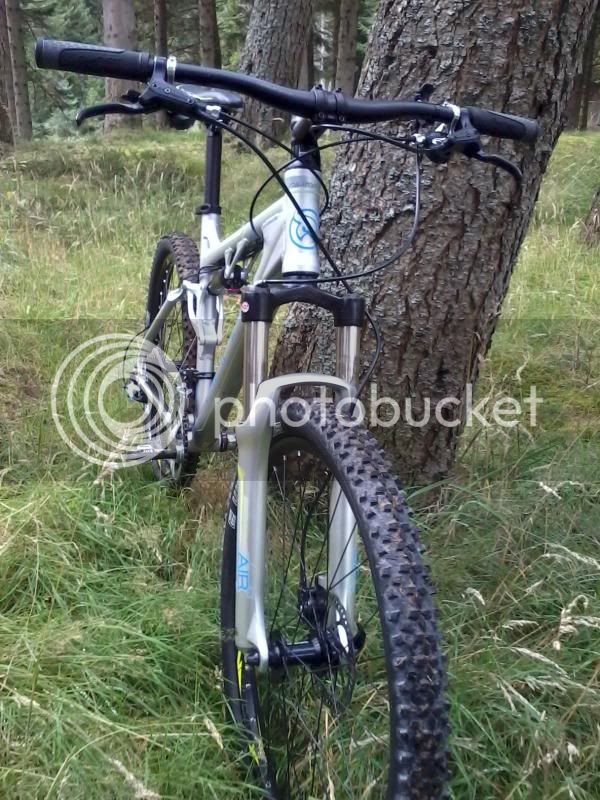 Nice!
I too have an ASX and over a year or so got the weight down a considerable amount (~29Lbs) mainly by replacing tyres & forks (for Magura 130mm). It's now had every single component bar the BB, cranks & front mech changed..!

Yes, the shock is spot-on. Don't change it. Mine's still going strong through two winters with just two top-ups of air & nothing else doing. When it's got the rebound set stiffest it locks out the rear on tarmac even when climbing out of the saddle, and off-road provides just enough give but without kickback. When dialled back it's super-plush, and you can adjust it from the saddle too if your arms are long enough!

I got rid of the brakes pretty soonish as they went spongy very quickly and even a bleed couldn't keep the rear consistent, and lighter forks totally transform the handling, still stable & redictable, but much easier to lift the front instead of it trying to crash through every obstacle!

The tyres are great, but folding versions much, much lighter - if you don't mind running the pressures a little higher.
J

I'm seriously trying so hard not to buy anything for this bike!! But I can see that forks + wheels & tyres should give a decent weight loss, maybe Santa Claus will be kind to me this year

Although it's "only" 120mm of travel I've found myself going for "air" more and more often something I would have tried to avoid on my previous hardtail/rigid bikes.

Have you any idea of the weight of the bare frame???

Hi, not entirely sure, but I think it's around 3.5 kg, although I've not stripped it back to that. Ghost did provide some of the ASX frames for sale separately and I think were around that mark - although that may have been without shock, and was for the 'newer' tapered HT versions, but it's a good benchmark.

Yup - considering I normally ride hardtails, 120mm travel is plenty for 'generic' off-roading..
The shock is great - I've found that the shock/linkage is very responsive to weight distribution/body positioning, which is great, because you can get it to activate by slinging your weight further back, or pressuring the pedals firmly to stop the back kicking up, but if you want it to kick or just to provide a little damping without bounce, you can just sit middle of the seat, dont 'push' and it will just glide. Recently changed my tyres for some Schwalbe Racing Ralph 2.4's and those corner like hell!

I'm using Deore brakes on mine - cheap & easy & about twice the stopping power and modulation of the Tektros! Seem to like Magura rotors too..
J

Yeah the head tube on this is tapered, 1st bike I've owned with a tapered steerer/head tube.

Deore kit is decent stuff, I've been very impressed with the more recent Deore offerings, maybe one to consider when I decide to upgrade.
At the moment the equipment on the bike is a bit of a mash-up, I've got XTR M970 shifters next to Tektro brakes!
J

Thought I'd post a few pics from this mornings ride, trails around Pitfichie were a bit icy, decided to walk a couple of sections after coming around one corner and going full sideways on a large patch of ice :shock: 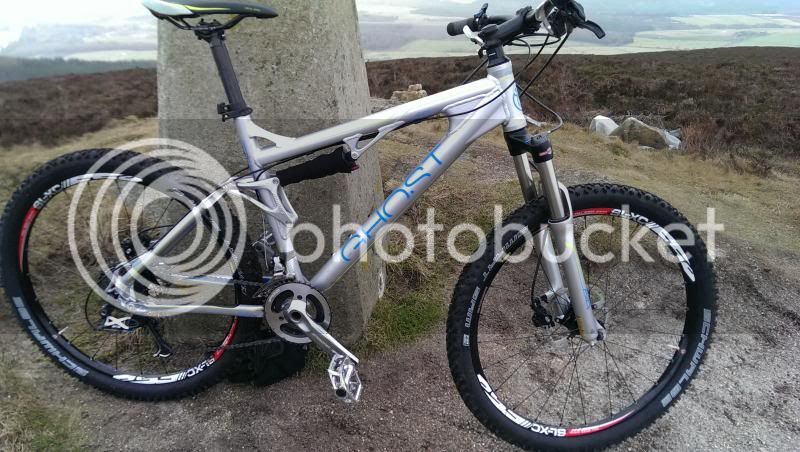 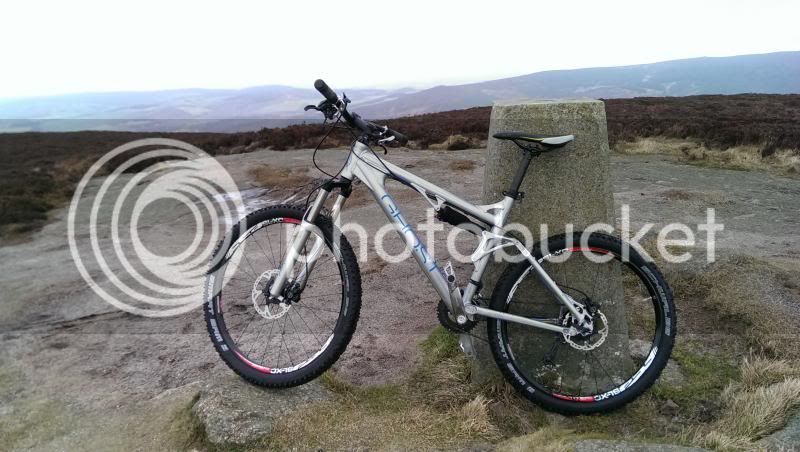 Probably time to update this thread as not much of the previous pics remains!

Upgrades include Rockshox Revelation forks, Reverb dropper post, SLX brakes, and a Zee 1x10 transmission (11-36 cassette) with a 30T Hope Retainer chainring.
Very impressed with the 1x10 setup, never dropped the chain yet, and the bike sees regular use & abuse, and I don't miss the other gears either! 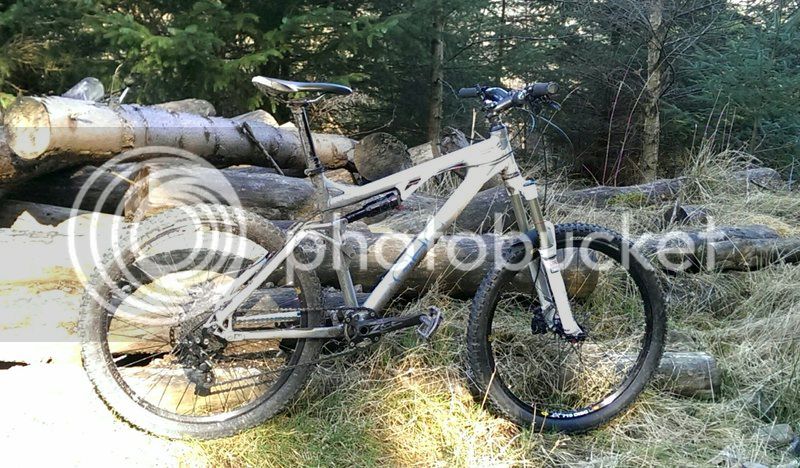 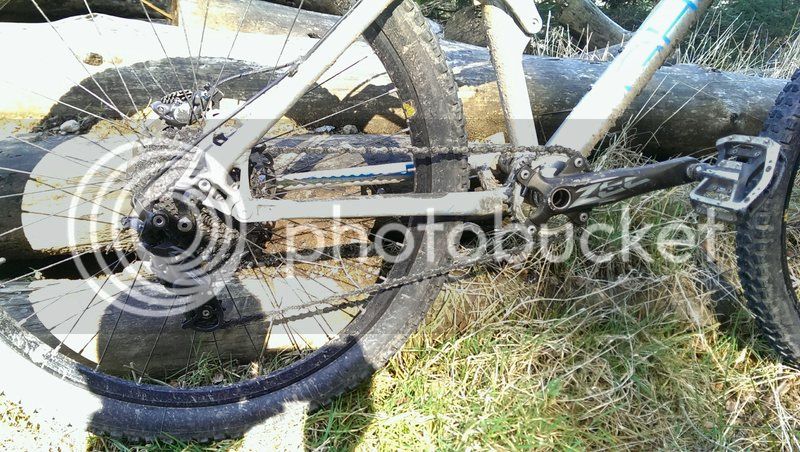 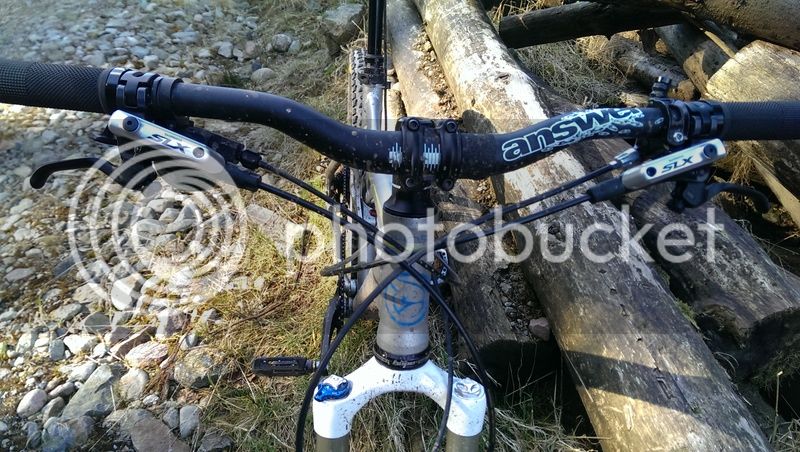 Well that's about it for me then!
2