Educate me on U Brakes

Manitou Fan
In my quest to have a collection of bikes with a varying range of retro MTB tech (of the good, the bad and the ugly), U brakes are the next on my list, thing is I know bugger all about them as I was of the Canti generation. So would like some tips and advice on pitfalls of mounting, good makes to use (I also have not yet dipped my toe into the Campag world so have been hanging my nose over the Euclid Groupset). Cheers

Well, the first things you need to know is that the bosses are in a specific place. So you either have a U brake frame or you don’t... it’s not a swap thing.

The history of U brakes as I understand it:

BMX origins.
Suntour and Dia Compe two arm U brakes, but just called ‘brakes’.
Then Suntour rollercam.
The shimano U brake designated as U brakes.
Then WTB and other esoteric rollercam brakes.

Then dead as a dodo due to weight and relatively inflexible set up. Also dreadful mud clearance in England. I had many a wheel jammed at the rear whilst descending South Downs sloppiness in the 90’s - chainstay mounted on Marins....

But....mighty mighty powerful when set up correctly and with the right levers and blocks. Bit of an acquired taste, but excellent on the right frames.

Others may have more refinement and correction to the history....

1. You need a dedicated frame
2. They tend to be pretty powerful
3. The clog up with mud (really easily)

So no U Brakes were designed for canti mounts? I was considering using them on a commuter project where I will be using 26 x 1.5 tyres so not much issue with mud clearance.
Thanks for your input...every day is a school day and always live learning about new stuff .

Yeti Fan
I think there are some adaptors ... but they are to pass from U brake to V brake. I think, this one can be mount upside down. But I will go for a old frame built for U brakes. 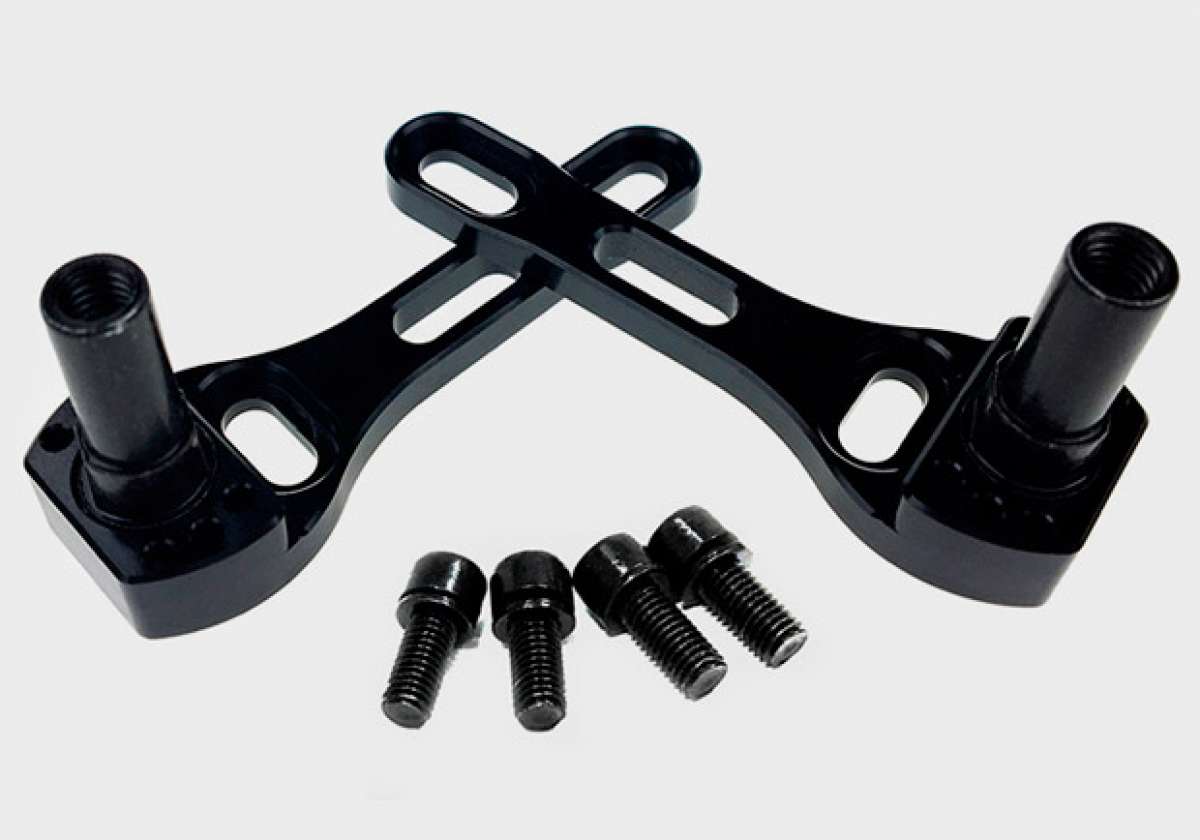 I will go for Roller Cam brakes, the are more rare and looks sick Thanks Madjj, I have been hanging my nose over rollercam brakes too...yeah they do look damn sexy

And those are insanely powerful, without the mud clogging which goes with ‘true’ u brakes....
6

Always loved the Campag Euclid U brakes.They must've been the last of the breed.
T

My first MTB had them. They are pretty powerful, but that’s often negated by them bending the frame instead of stopping the wheel. They’re super fussy on straddle length and as the blocks wear you have to adjust the straddle and the blocks to keep them aligned or they eat your tyre. The later Shimano ones have a bridge to reduce the frame flex but it doesn’t solve the block and straddle problem.

Like others have commented, I remember sliding down Devil’s Dyke with a jammed rear wheel where the brake causes tons of mud to wedge between the wheel and the seat tube. The only fix is to stop and scoop it all out. Earlier frames with massively long chain stays are a little less prone to this, but that’s mostly a case of delaying the inevitable.

They do look cool, but in British riding conditions they’re really flawed. I wouldn’t use the adaptors, the seat stays will struggle with the extra force and you could ruin your frame.