Afternoon all,
Don't post much on here but do dip in and read a bit from time to time. I posted some time ago as I was looking to buy an old Chesini road bike and scratch an itch I've long held. Being from Verona originally I'd seen a lot of them around when going to visit my grandparents and figured they were common throughout Italy, but they are indeed from Verona and not so common elsewhere. I eventually bought a frame cheap off Ebay that was in Brescia, it was clearly a Chesini as evidenced by the lugs with the Arena logo and Chesini written in the seat stays, but it was stickered as a Vianelli which was a bike shop in Brescia. I had it delivered to a customer in Brescia, and eventually it got back to me in SW London. I got a set of Chesini decals and set about buying up parts to build it up. Being a bit of a miser this took some time and I finished it in May of 2020. Whilst the frame was a little small with a long stem and seatpost it was quite comfortable and rode really nicely. I hadn't put bar tape on it yet as I was still fiddling with set up. 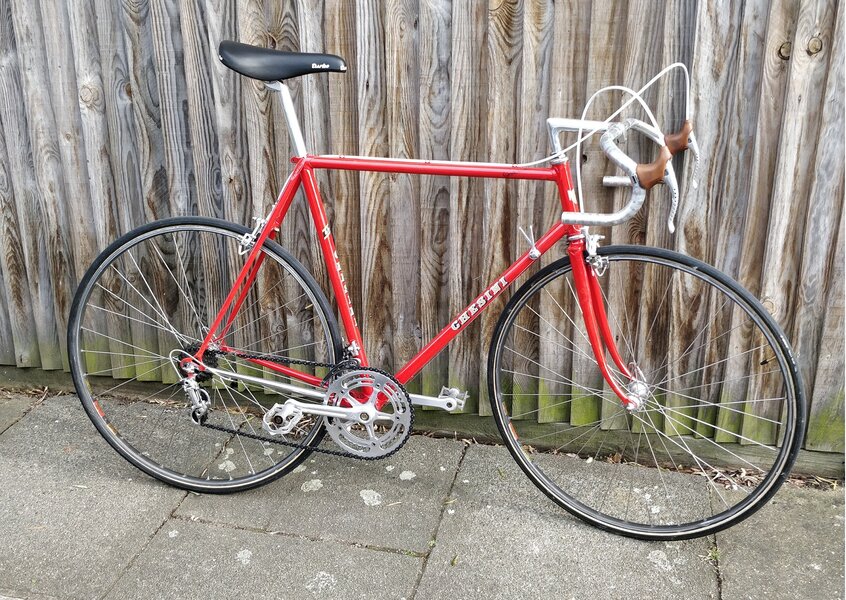 I was riding it to work on the 26th of May when a guy in a car overtook me as I approached the back of a traffic queue, cut in front of me and slammed on his brakes. I have now idea what he was thinking or if he thought I'd just disappear but I was just starting to go over the bars when I hit the back of his car. I was then sprawled in a heap on the floor. Initially it didn't feel too bad but then I realised I couldn't wheel the bike. I could have cried. 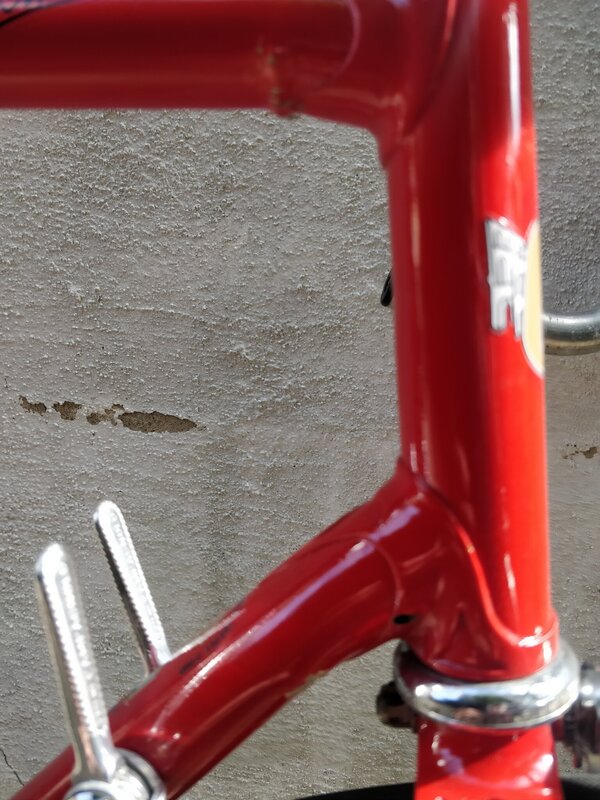 I walked home, wheeling the bike on it's back wheel. Cursing all the way and the pain increasing as I went. A trip to the hospital confirmed nothing was broken, or so they believed, and a few butterfly plasters holding my eyebrow together. The driver denied any liability of course. Some weeks later after more X rays and then a scan it was discovered I had broken the scaphoid bone in my wrist. But by the time they'd confirmed it 3 months had passed and it had healed. But I had also damaged tendons and it was very painful, to painful to ride for a considerable time. But with time it has eased, although I still don't have the full range of movement. Thie drivers insurance company have conceded that it was indeed his fault so a claim is pending. The bike has been valued and a repair estimate done. So finally I can look at it again with a view to getting it back together. Now, do I get that frame repaired or look for another one? More shopping to be done.
W

Glad you were not seriously hurt, and gutted for you!
P

Hope you're making the claim with the help of a professional rather than just doing it diy.

Personally I would scrap the frame. Even with a top class repair, it's no longer a chesini - it would be a hybrid between chesini and the repair shop. Had you had a lengthy history with the frame, I might say different
P

Thanks both, yes British Cycling membership helping with the claim. Still waiting on medical records and assessment. It will never recover fully, I was offered surgery but they weren't sure if it would help and there was a risk of making things worse. I thought it wasn't worthwhile going back to square one for little or no benefit.
F

Sorry to hear of your accident: car's cutting in front is a common mistake by drivers who are in too much of a hurry and fail to read the traffic "pause" ahead. I usually pass them by a little later and it proves the point that their gains are also often only temporary. So to the frame; look to replace it would be my advice and choose a frame that's the perfect fit for you! Hope you make a full recovery.
H

Seriously sorry for you, it's typical of 'must get past' mentality combined with zero anticipation by the driver. At least you have all the bits for another frame. I agree, it's probably best to scrap it and move on.
You must log in or register to reply here.

Carbon forks, suggestions for keeping them in one bit?