I recently embarked in a new project and I decided to build a bike from scratch.
The frame of choice is a steel Hewitt frame, and I would like to make it into semi-retro bike, with some modern and some retro components, hopefully without too much of a mismatch.
I don't have performance in mind, so I will choose parts mostly according to "feel".

It will have:
Downtube shifters (i just got a pait of Shimano SL A 400)
8 speed cassette (I already have a SRAM 12-23)
Square taper BB with Shimano 500LX crankset (which I bought here on the forum a couple of years back. I just need to polish it)

Everything else is still to be decided. What's giving me a bit of a headache is the drivetrain. The original idea was to build it as 3x8, because I would like one day to ship the bike home to Italy, where 12-15% gradients are not at all uncommon, and I need a front triple. But the braze-on front derailleur somewhat limits the choice.

As you probably gathered from the list of components, my budget is not high...

This is the frame btw! 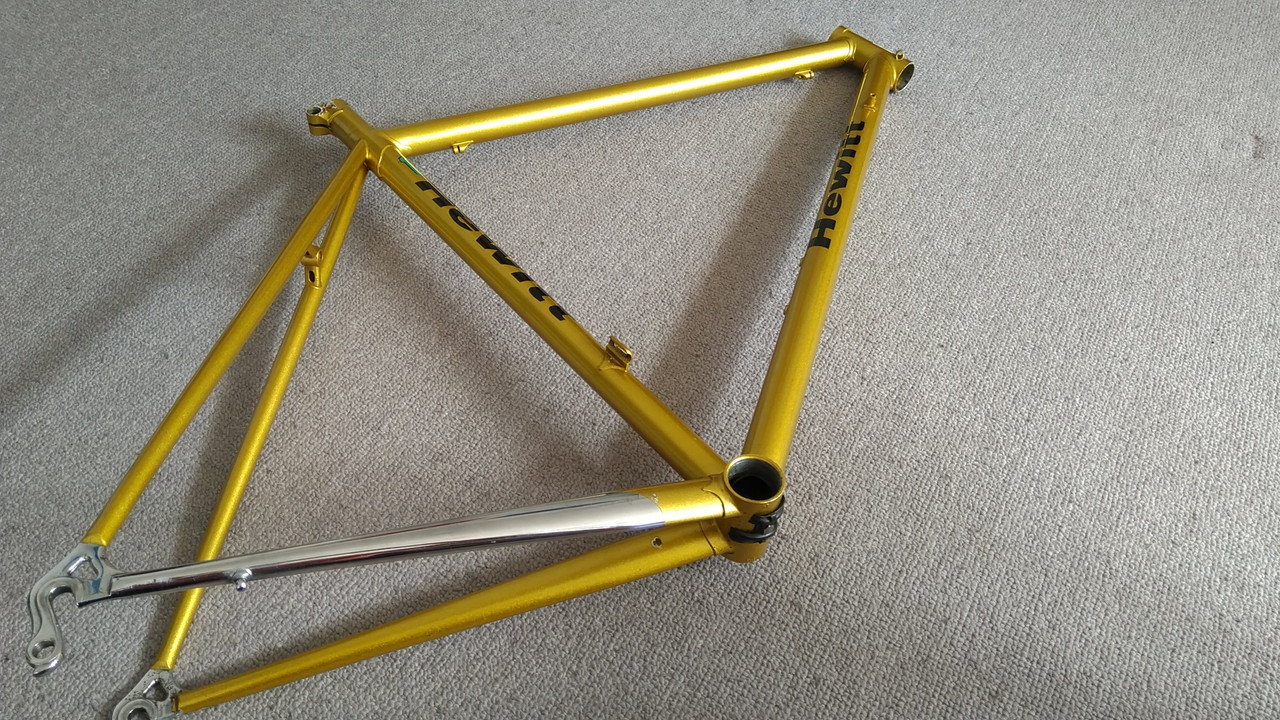 Thanks.
Yes, I am becoming familiar with Shimano nomenclature.

This would work, and would not be expensive: 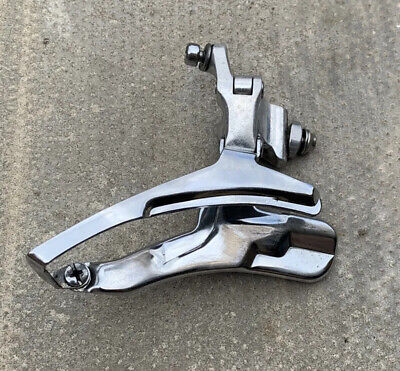 Yes, I saw that. It looks good and responds to all the requirements.
I wasn't sure what to match it with at the back. That's all.

You can match it with any MTB or Road long-cage rear mech upto 9 speed.

I'll probably go for either of these: 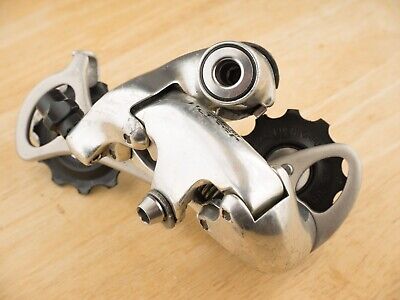 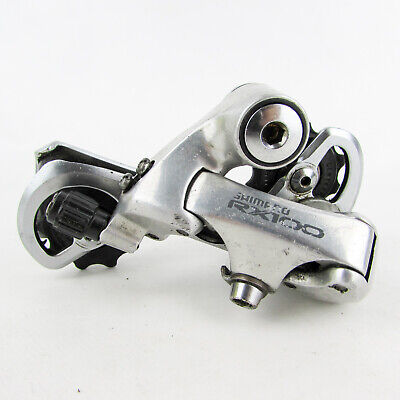 unless you intend to have a full-luggaged bike, i dont think these days you need a triple for 12-15% hills. A 48-34 compact with a 32 or 34 rear cog can get you up anything except maybe those 20% plus hills. And a compact looks far more elegant than a triple, which always look cumbersome.

obviously, my personal opinion, others may think different

Oh no, I get that. I think so too. A 3x8 was just a cheaper and easier way to get low gear inches without having too wide steps on the cassette (as I am using 8 sprockets at the back).

The good thing about having a triple FD is that I would keep it as double until I use the bike around London and only add the triple if and when I ship it to Italy.
But maybe I am just thinking too much ahead...
H

The main disadvantage with an MTB chianset is that the q-factor is rather wide as it has to clear wide chainstays. Personally I try to minimise it and would go for a road triple.
Perhaps the neatest way is with a tripleiser ring, which fits on a double chainset's inner ring and takes the granny. Then nobody need know your dirty secret!

I have run a 12-23 with 30/39/48 triple with a short cage rear mech no trouble and still allowing big-big (essential to avoid wrecking the lot inadvertently). I dislike a compact as the 34T is on the small side for most duties and the jump to 48 is large.
You must log in or register to reply here.