That Hanebrink though…. way off the charts cool

Still not clear on what is and isn't allowed. Would a 1990 Marin Sausalito qualify?

retroJIM said:
Still not clear on what is and isn't allowed. Would a 1990 Marin Sausalito qualify?
Click to expand...

firedfromthecircus said:
I would enter my Cleland but it's already been entered to a special month in 2012 I think, so is ineligible. Hopefully someone else has one they could enter. Maybe @GrahamJohnWallace has one lurking in a shed somewhere?
Click to expand...

I and other 'British School' mountain-bike owners are spoiled for choice when it comes to choosing a bike they could enter here. This is because these bikes were designed to use tyres made in Finland by Nokia, who at the time did not make any 26" tyres.

It would also be nice to see some early 650b roughstuff bikes that used French randonneur balloon tyres. Though today these bikes would be categorised as 'gravel-bikes.

Cleland used five different rim sizes but never made bikes with US 26"/ 559mm rims). Highpath Engineering mostly used the 650b or 700c sizes. Jeremy Torr's English Cycles company started making 650b bikes in 1982 but by the mid 80's they offered a 26" version of there Range-Rider model as well as a 26" specific model that they called a Metro-Trekker. Then there was the Rat/Ratus racing model with a 26" up front and a 20" on the rear.

I will need to choose just one of my bikes to enter here and I don't think one of my regularly used bikes covered in mud would be a good choice.

So my choice of clean, non 26" bikes is between:

*an un-restored 1980 650b Geoff Apps' Range Rider, that was ridden up Snowdon by Nick Crane October 1981.
*a completely restored 700c Cleland Range-Rider from 1981, photos of which were published in the first ever book on mountain bikes.
*or a 1983 Cleland Aventura that I returned to its original spec during lockdown.

I know it’s not a mountain bike and I don’t have a thread for it yet. (Yet!) but I’d just like to leave this here……my giant stiletto with a 24” rear and a 20” front

toomanyframes said:
I know it’s not a mountain bike and I don’t have a thread for it yet. (Yet!) but I’d just like to leave this here……my giant stiletto with a 24” rear and a 20” front

Makes me wonder if i have a picture of my old Raleigh Striker anywhere though......

sinnerman said:
I shouldn't worry the cut off date for year of manufacture was 1997, this is easy 2004+ at a guess.

Makes me wonder if i have a picture of my old Raleigh Striker anywhere though......
Click to expand...

True enough but just glad to contribute…..by not contributing!

I have decided to enter this bike, a Cleland Range-Rider designed by Geoff Apps in 1981. The bike was a pre-production prototype for the 1982 Cleland Aventura and its frame was designed to fit both 47x700c or 54x650b Nokia Hakkapeliita tyres.

Based on what Geoff Apps learned from using this bike with the two wheel sizes he decided to use the wider 650b tyres for the first mountain-bike to be produced in Europe, the Cleland Aventura. He says that he would have preferred to use 700c wheels, had wider tyres been available.

This Range-Rider has had been fitted with 700c wheels from at least 1984, when it appeared in issue-two of Bicycle Action magazine. Earlier photos, published in the first ever book on mountain-biking, show it fitted with wider 650b tyres, and cow-horn handlebars. 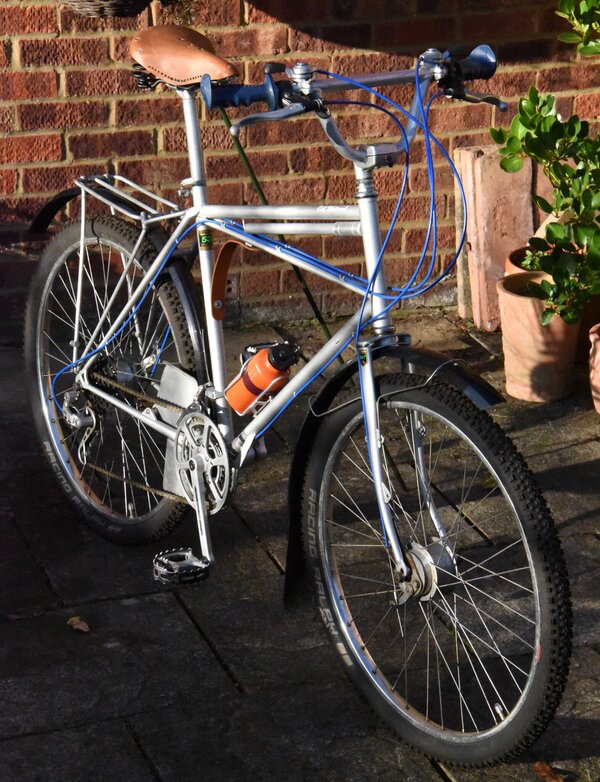 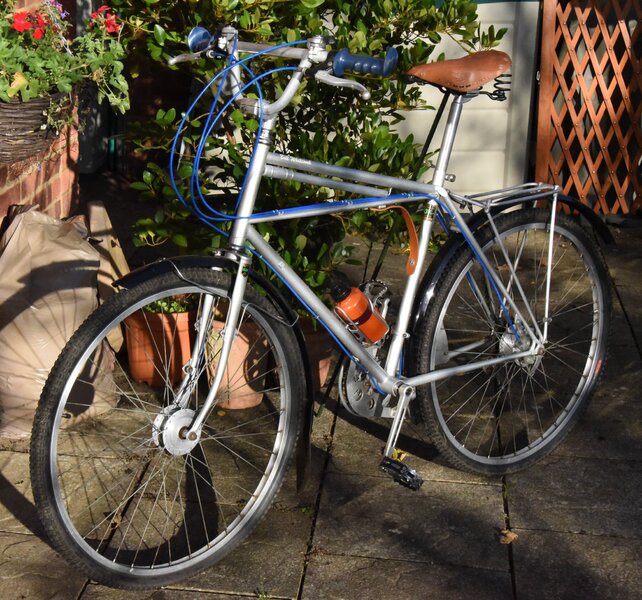 Back in 2013 Geoff Apps entrusted me to restore the fourth bicycle that he ever made, his 1981 Phase lll 700c Range-Rider prototype. Here are some photos of the bike as I received it back in 2013: 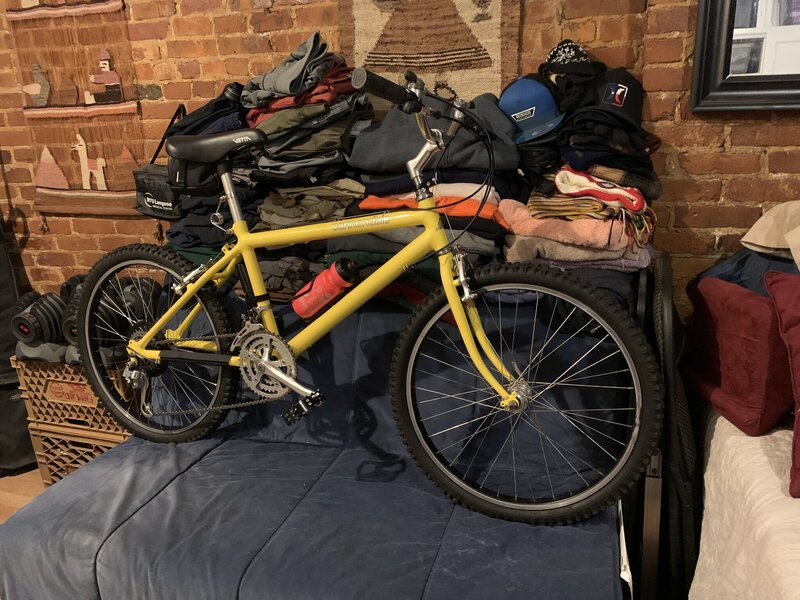 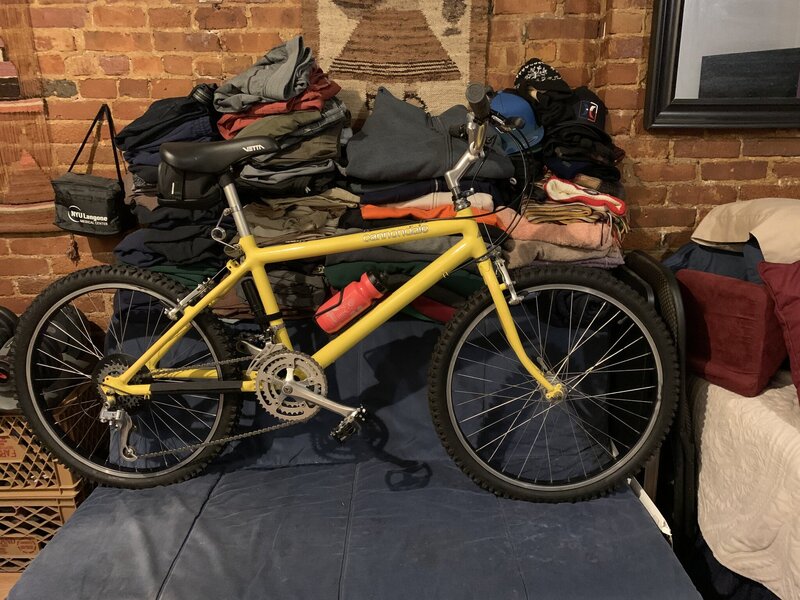 Inspired by this months BoTM!