Bike of The Month
F

Orange 🍊 Fan
This is a great comp. That klunker upthread is something really special.

The Topanga!, (exclamation mark part of the name), was Victor Vincente’s design for a mountain bike. In the late 1970s, 26” rims were steel and tyres were heavy balloon type, so he designed a bike around the readily available 20” alloy BMX rims and well developed tyres. Victor used a couple of...

I just fall in love !

Picked this up a while ago as it was my size, the right colour and in need of some love.......and well priced haha Fitted a 1 inch impact headset fron an early Kona I had kicking around and loads of parts fro the parts bin and shelf. Mainly xt/dx with mavic rims and kona tyres squeezed on the...

Picked this up a while ago as it was my size, the right colour and in need of some love.......and well priced haha Fitted a 1 inch impact headset fron an early Kona I had kicking around and loads of parts fro the parts bin and shelf. Mainly xt/dx with mavic rims and kona tyres squeezed on the... 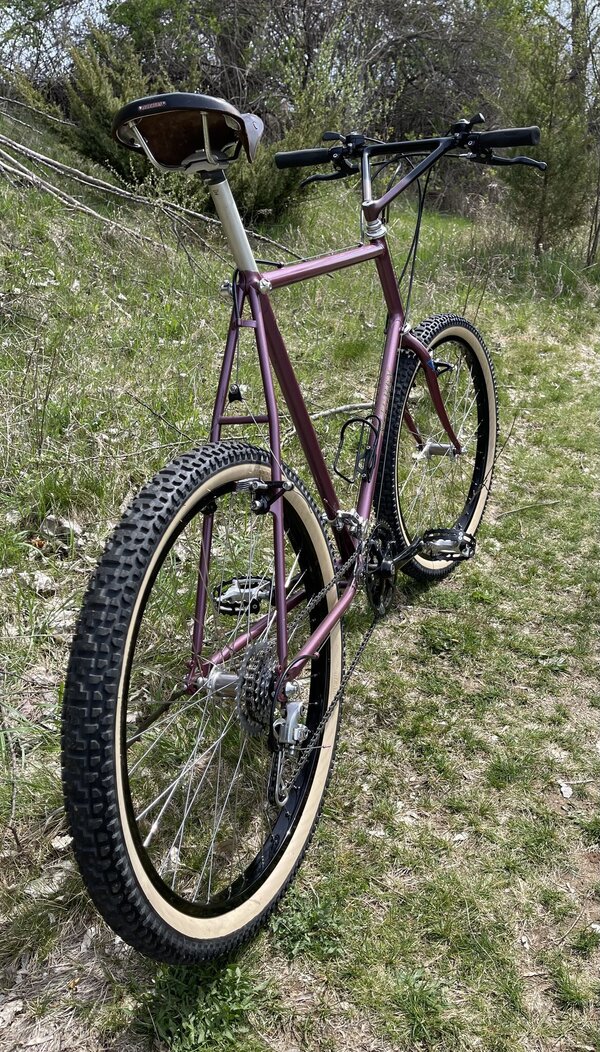 (this isn`t my first post here but for whatever reason I was not able to reactivate my account, so I made a new one ) 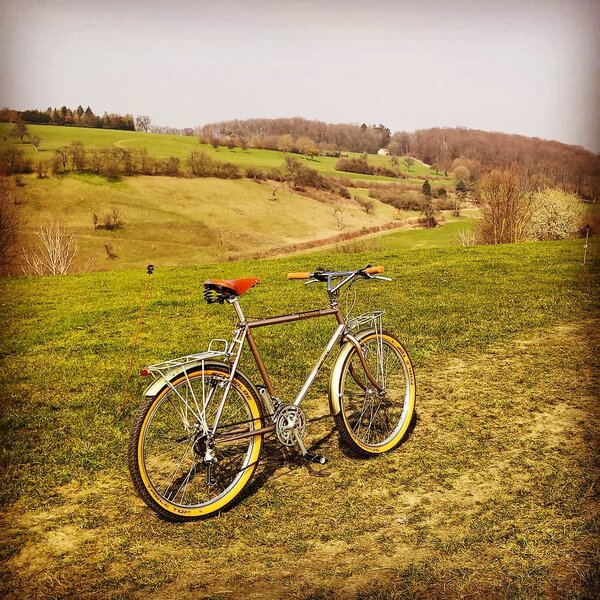 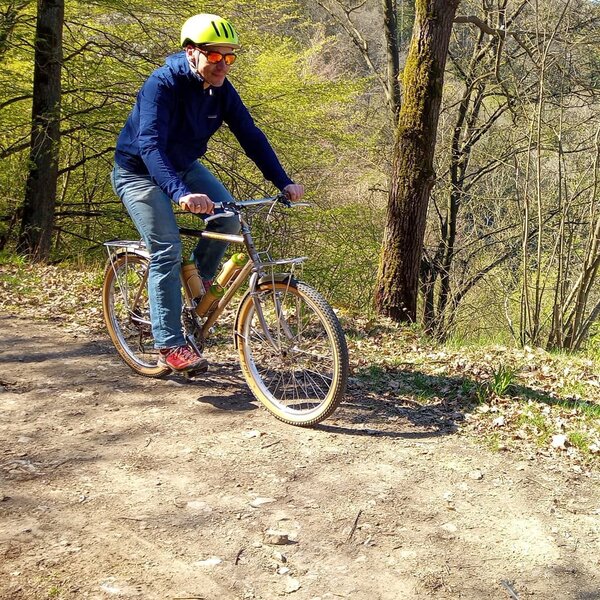 I started riding Mountainbikes in 1987 so 80`s MTBs is exactly my thing - do own several, a 1987 and a 1989 Koga Miyata Ridge Runner, a 1987 Longus Competition Pro and a 1986ish Mountain Klein. And this 1985 Muddy Fox The Monarch. It was a hard pick for the entry for BotM comp between the Mountain Klein and the Muddy Fox but eventually I decided to go for the "Monarch". Originally I bought it only as a donor bike for the Mountain Klein where I now use most of the the Deer Head XT parts. But when I picked up the Muddy Fox I liked the appearance so much that I build it up as a restomod rider with some not exactly period correct parts like 1988 Deore shifters, recent Schwalbe tires, cork grips and a new Brooks leather saddle. Turns out I like the relaxed riding position so much that it sees regular use as my favourite "lunchride" bike. This is more like going for a relaxed walk than modern mountainbiking - which is exactly the right thing to free the mind at lunchtime while being stuck in homeoffice . For me it feels and looks like the bicycle counterpart of a Series II Land Rover.

Late to comment here but I *love* that paintwork on the Sorcerer Pro... :D

Ok, let me introduce my strange Laiti
From the name of his inventor, this model is from first batch of frame.
Some youthful defect.
Bike is fully original except cable/housing and rear tire. 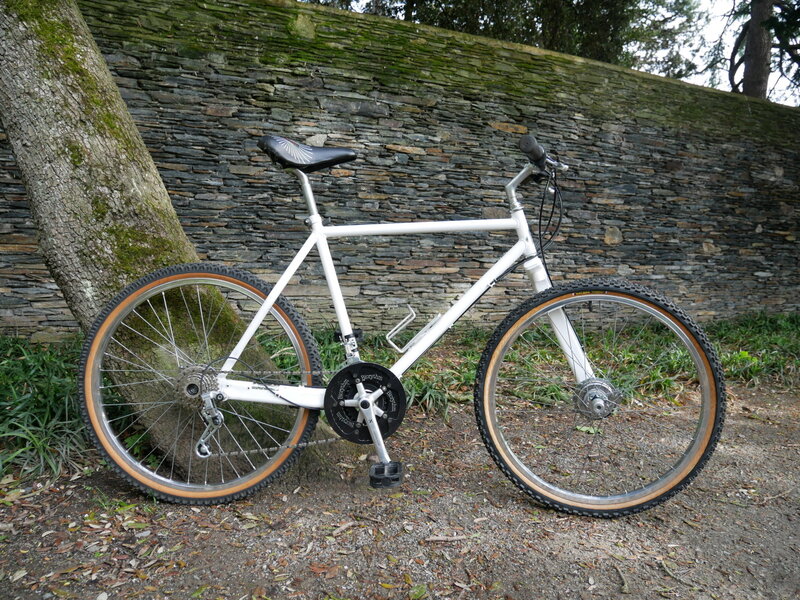 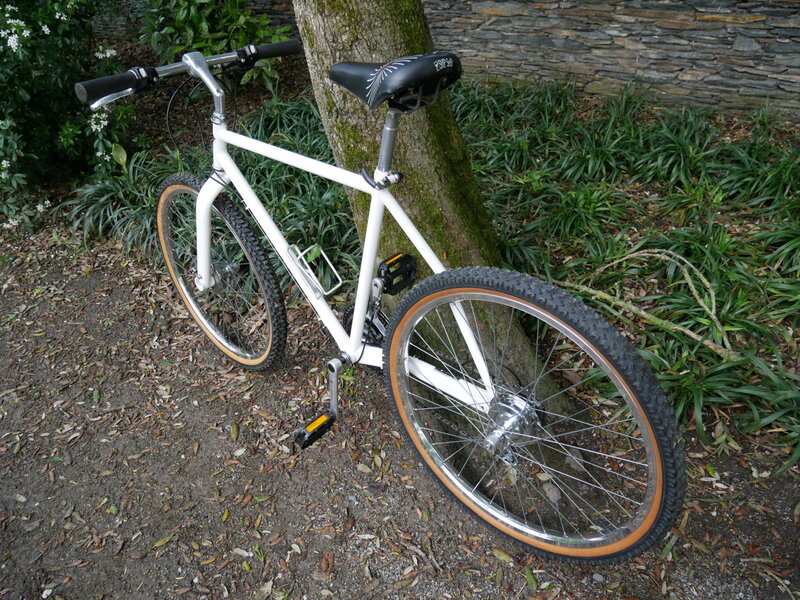 I was going to nominate my 1985 Peugeot Orient Express. But, I see a klunker. This forces me to nominate my 1938 Colson rainbow frame Klunker instead of the Peugeot. I used a vintage one piece forged Schwinn fork with a 1950s Schwinn bolt on cantilever brake. The rear drive is a skip tooth Morrow coaster brake. The front hub is a 1930s New Departure. The pedals are eat your shin type bear traps. The seat is an ancient rotting leather precursor to the banana seat. A long seat helps you keep your weight back to compensate for the long chain stays. To keep the cut off cruiser handle bars from sagging when crusing woop de doos at speed I drilled, threaded and inserted a bolt through the gooseneck and bars. It’s heavy, but the klunker riders in the 70s only cared about riding fast down mountain fire access roads. They just bent the seat post back to compensate for the long chain stays. The chain stays are so long you can almost put your head between the tire and the seat tube. Colson also made a long wheelbase model back then that had even longer stays. Goes good on a straight road but tight corners and downhill riding is interesting. It’s got all original 1970s era klunker components except tires, rims and brake lever. The brake lever is from the early 80s, but it looks like the motorcycle levers some of the original guys used. It’s not pretty, I built it fast, just to abuse it by racing and crashing on single track, not to look at. It’s pretty crude in the details. The paint is peel off spray on vinyl that I can remove if I want to tone down the color scheme later. like I said, a crude build. In late April and early May 2021 I posted here on Retro Bike a build and racing thread for this bike. 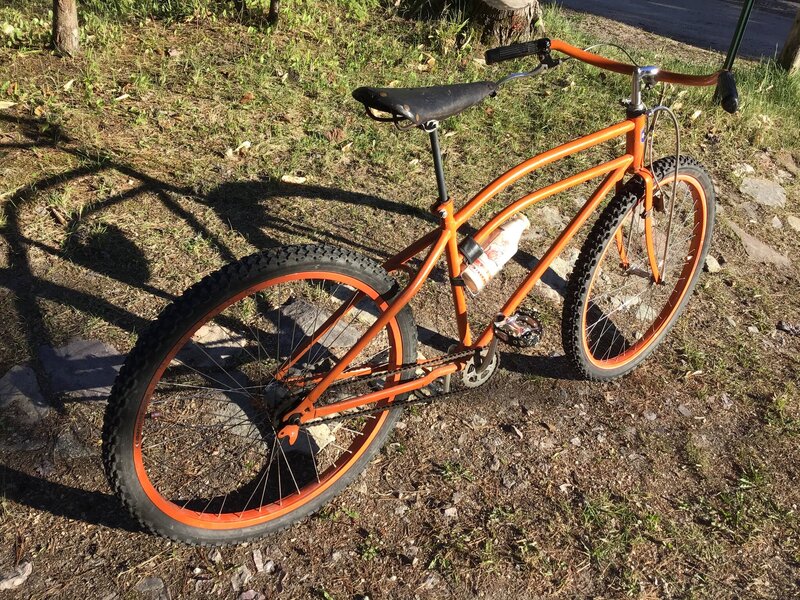 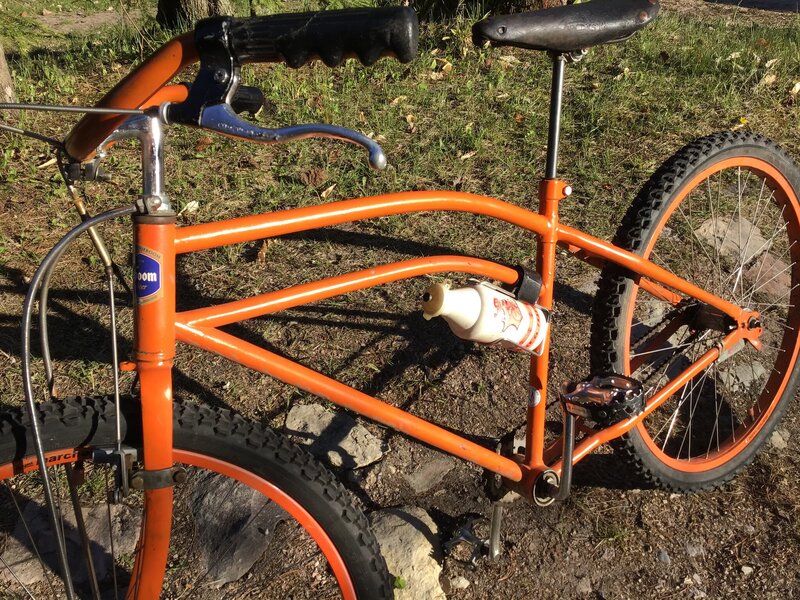