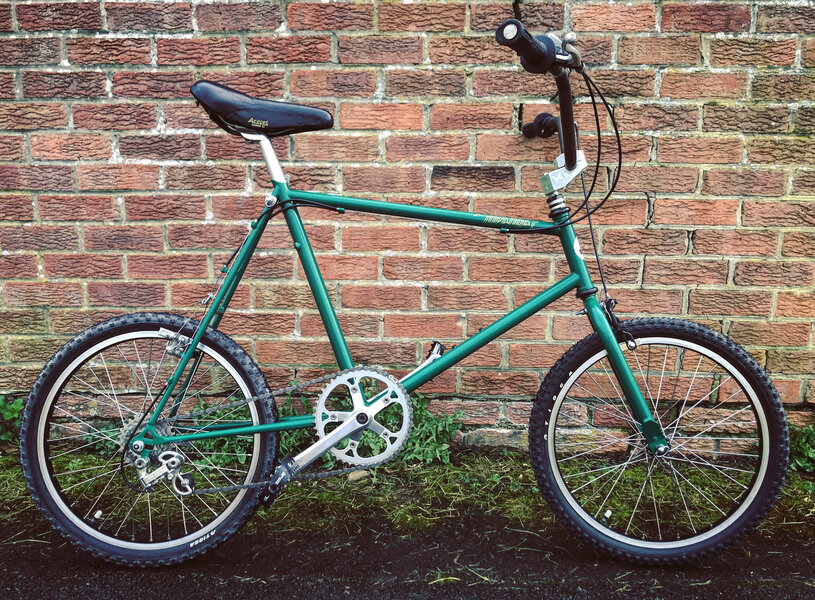 The Topanga!, (exclamation mark part of the name), was Victor Vincente’s design for a mountain bike. In the late 1970s, 26” rims were steel and tyres were heavy balloon type, so he designed a bike around the readily available 20” alloy BMX rims and well developed tyres.

Victor used a couple of different welders to build up his tube-sets on a low level production run. He also sold tube-sets unbuilt and the Topanga! found a second life on the brief 1980s F1 BMX scene.

This bike is an original VVA tube-set that was welded up into a frame in recent times. Victor had tube-sets left over from the initial batch and they were stored in his barn. Chad Logan (aka Mr. Tick), a frame builder and friend of Victor’s built this one up 40 years after the tubing was cut. It’s a continuation of the Topanga! journey, Chad being the latest builder to weld up a tube-set for Victor. The fork was welded up in-period with the first run and is to Victor’s own design.

The build is a mix of period components and more modern parts including Chad’s own design handlebar. I’m thinking of doing a ‘phase 2’ build with a few more original parts that Victor specced and with more gold accents - more to come.

I feel the Topanga! has an interesting place in the history of the MTB we know today. I hope it brings some enjoyment and a bit of fun! Better photos to follow. I’ll add a bit more background about Victor and add some magazine articles soon. 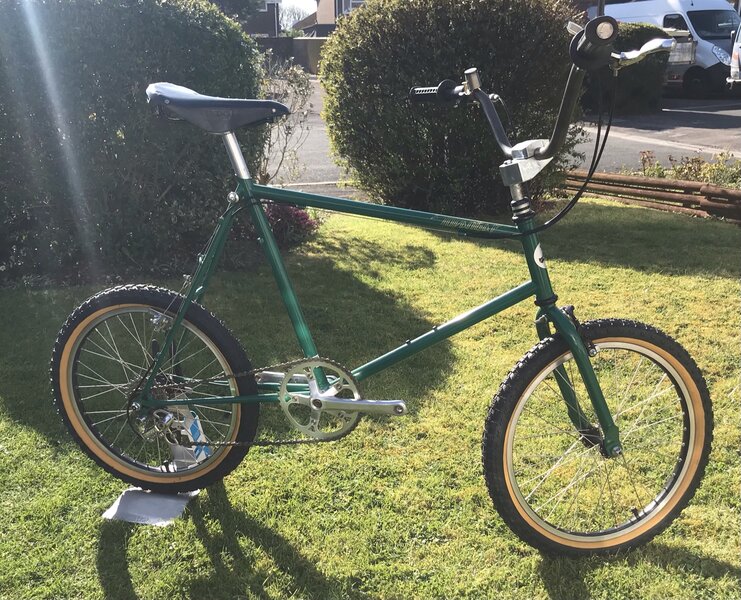 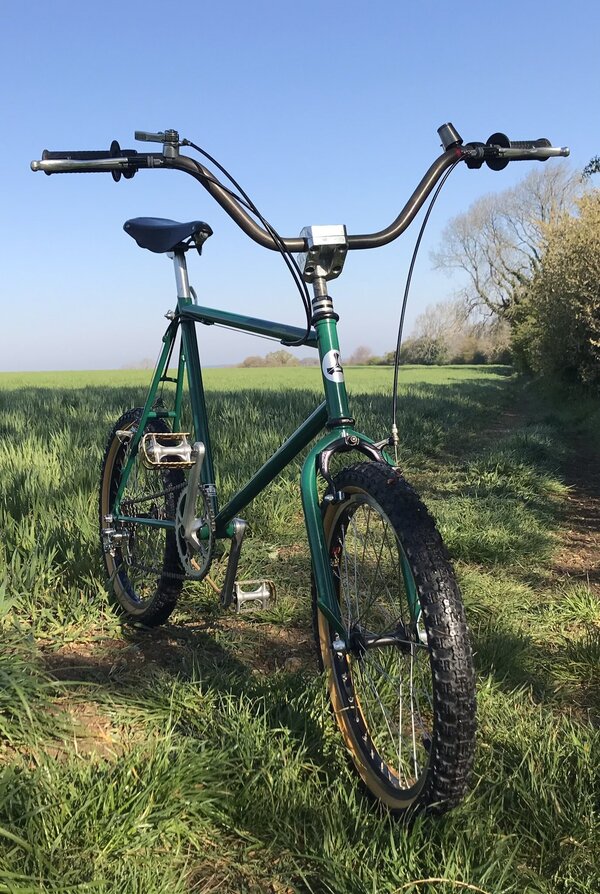 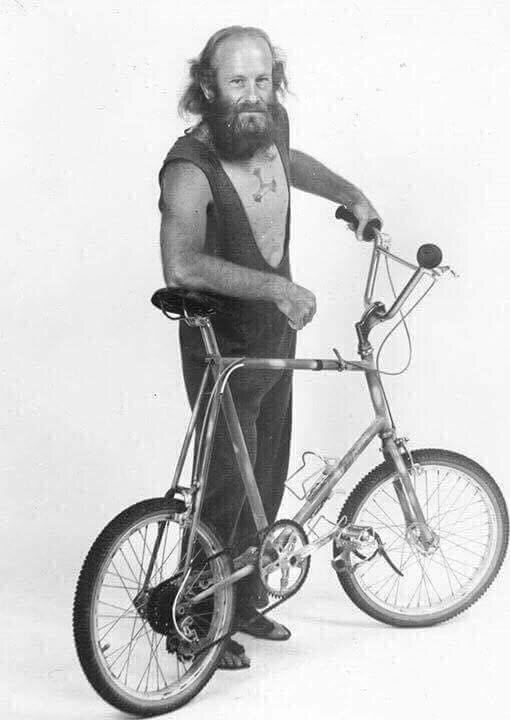 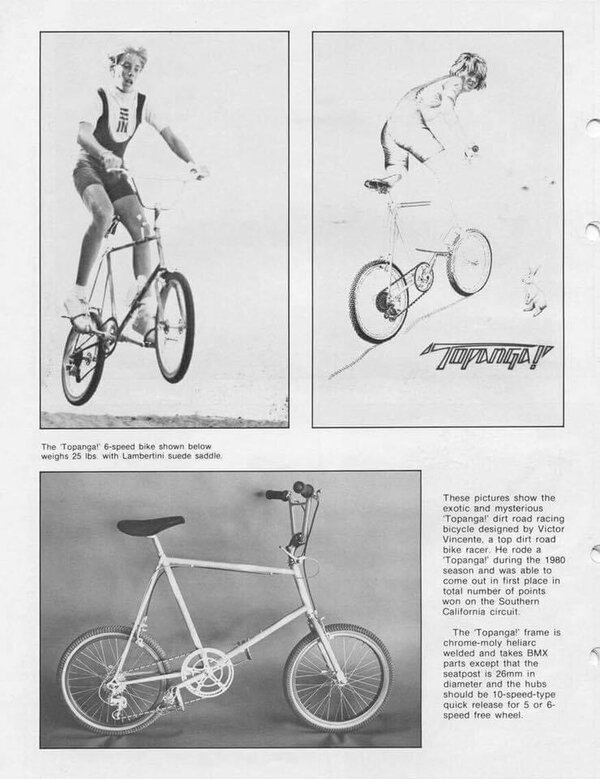 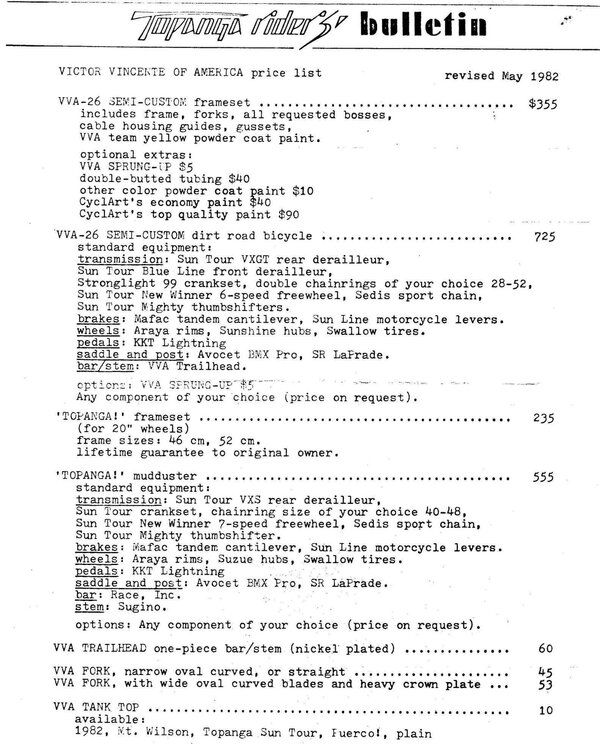 Never thought we’d have a Topanga! on here. Great to see.

How cool ist that!

Kona Fan
Incredible! Add the Mr Tick reputation to a nos VVA tubeset, and you have a pretty awesome build! Will Victor/Chad be making more, or was this a one-off thing?
You must log in or register to reply here.