This is my Bianchi 3500 Asset from 2000
I first saw this in the 2000 catalogue and really liked it as
It’s higher end model with an Italian made double butted alloy frame - I have also had my eye on the top end Tycoon with the triple Butted Reparto Corse frame. There’s one of these from the ‘02 catalogue on eBay.

I managed to bag this one which is all original. Thanks to Niall it was picked up from near Woking and eventually found its way to me.
Including the Celeste Bianchi Flite Ti Gel saddle and. Elevate NTH grips. Only the XLite bar ends and USE SpinStix are extra.
It’s small and quite light. Unfortunately the tyres are shot but here’s some pics of the catalogue spec and next to my Bianchi Martini Racing Ti Megatube (1997).
It’s slightly different from the catalogue spec in that this has Wildgrippers and XT M75x rear mech - but everything else is the same.
It won’t be staying original though - I’ve collected a selection of parts which were for the Raleigh RSP 600 but which I now
No longer have.
It’ll be having a makeover with Mavic Crossmax v1, avid Ti/Mag, FRM Seatpost and stem and FRM CU2 Evo Scandium chainset. IRC Mythos XC amber wall tyres.
I’ll be updating this tomorrow when I fit some more stuff and see how it fares.
I think I’ll be going to go for the silver stem rather than black one.

im
Not happy with the riser bars -this bike is for riding (I dont want to ride my precious martini racing one much) they’re extremely comfy in riding position but I think I need a shorter black stem. I’m pondering whether to swap this silver stem for the short 90mm one on my Martini racing

I don’t want to swap the stems around. I’ll have to try and source another short one. I’m not keen on the NTH Celeste grips and will see how some black grips look 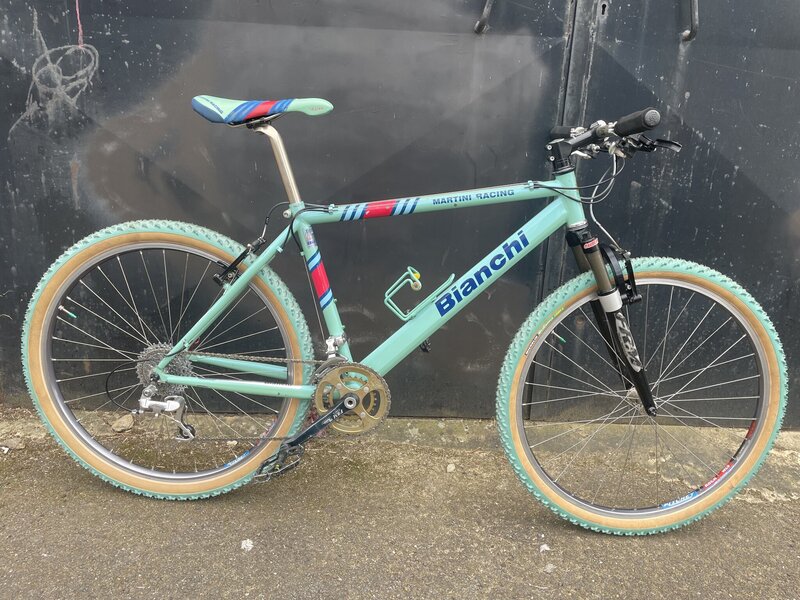 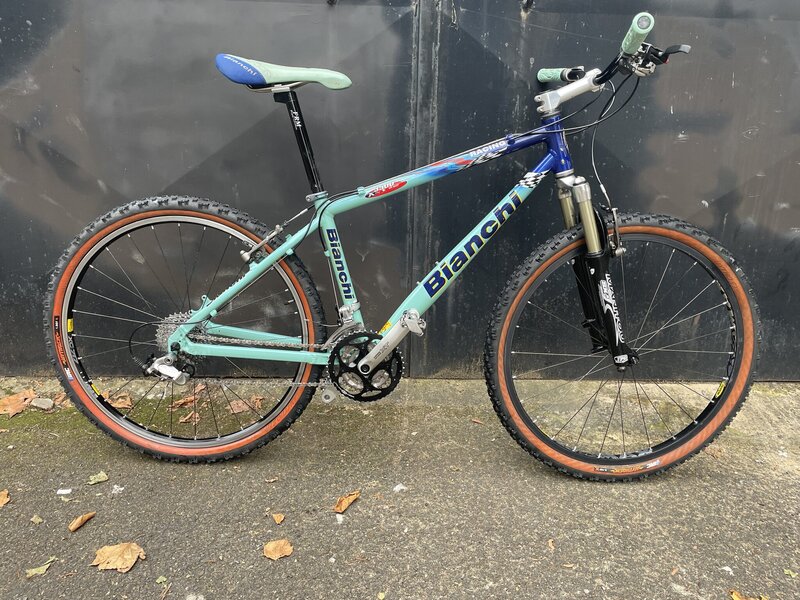 The straight bar with bar-ends is much more aesthetically pleasing than the riser.

Yes I’ve just bought some XLite XC straight bars (much the same finish as the ones currently fitted) which will, as you said, be more aesthetically pleasing than these strange horned things.

Well I swapped the stems around and things have improved somewhat.

move adjusted everything and it rides very nicely.

need some black grips though as the Celeste ones are overkill and look odd.


I have a flat bar on The way but I quite like the ride with these riser bars.

I didn’t want to but now looking at my Martini racing, the silver stem looks very nice indeed and hasn’t made much difference to my riding position. Though when I do find another 90mm FRM stem in black it’ll go back on the Martini

Brief update
finished witsome black Ritchey WCS grips.
It’s quite light too - not sure about the weight but surprisingly light and almost as light as my Bianchi Ti !!

Kona Fan
Beautiful bikes -- very thoughtful upgrades too.
You must log in or register to reply here.