Dropped the hubs and rims off to get built today, unfortunately I couldn't find any red or black hubs so sticking with the gold.

I also collected a set of brakes today that came with a no 5 caliper so now I can have 180mm front 160 rear. Just waiting for a new banjo bolt so I can connect it all up and bleed them. Only problem I have now is that the rear 160 disc looks a little small for the position of the caliper, probably something to do with the adapter, so now on the look out for a 165mm but these seem rare. 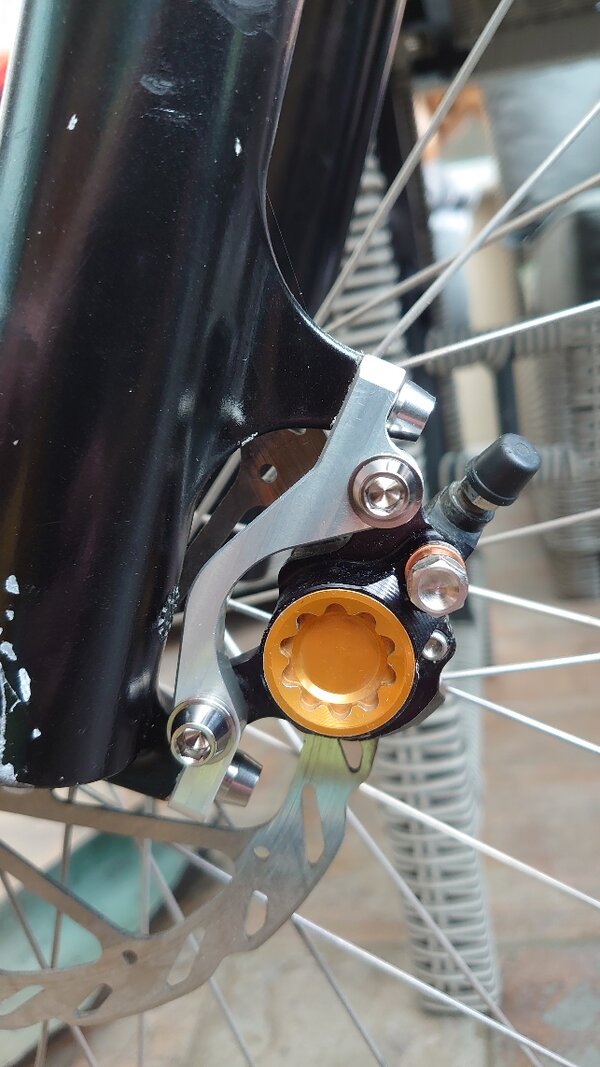 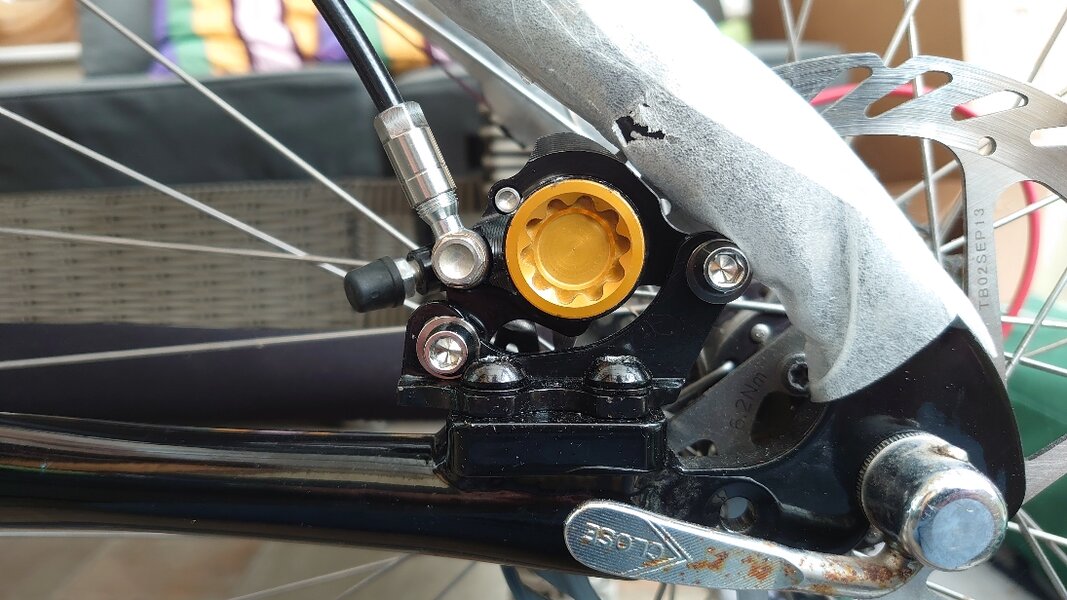 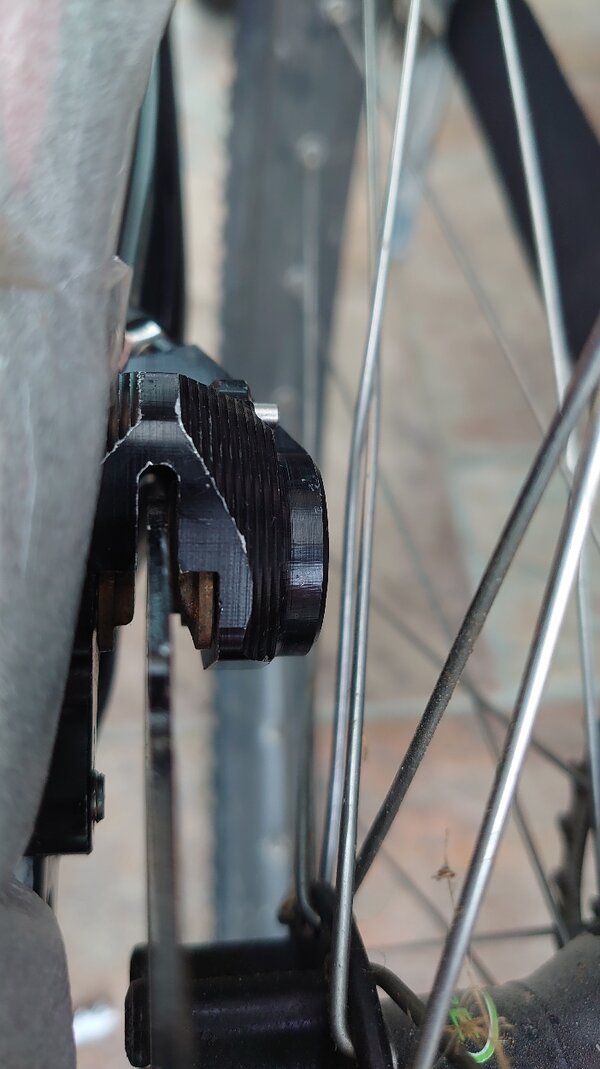 Couldn't wait any longer, I've taken the protection off the frame.......mainly to put some helitape on. I have also put the head badge on.

Went to bleed the brakes yesterday, the front one went OK but the back one is putting up a fight. First off the bolt for the reservoir wouldn't come out so swapped the leaver out for another one. That reservoir was full of green sludge so tried to flush it though and it started coming out the bore cap. I'm hoping it will only need a replacement o ring on the bore cap as I'm not overly confident at rebuilding the caliper. 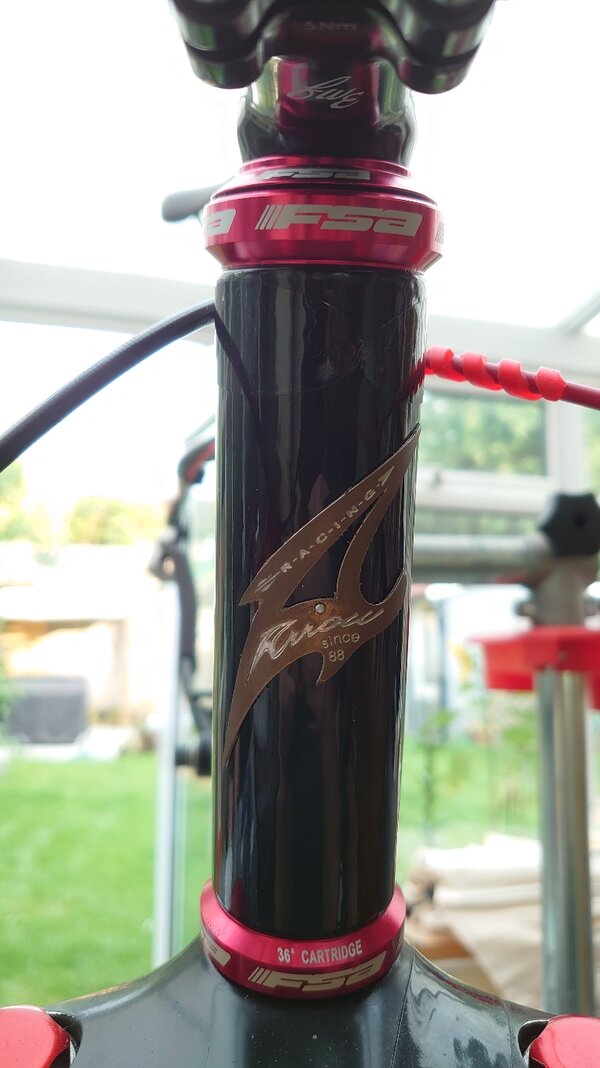 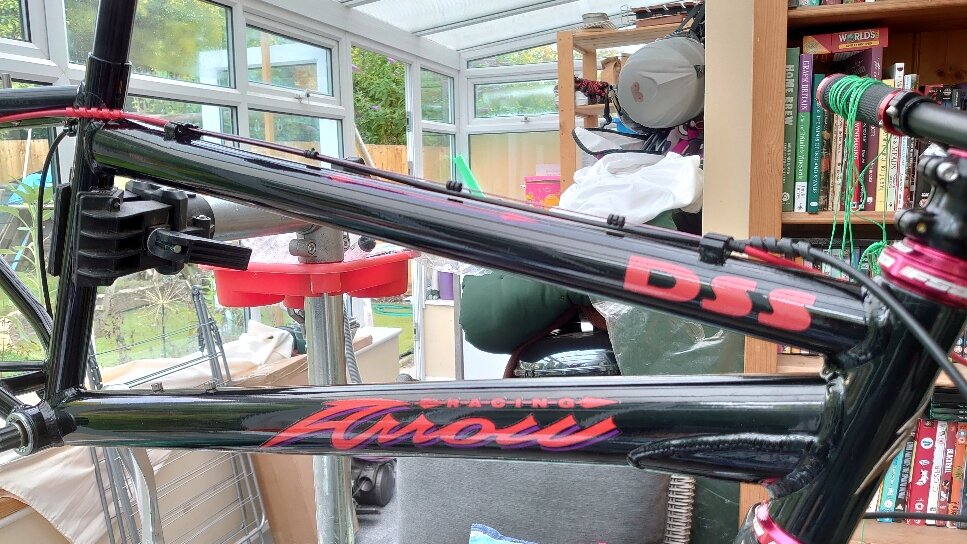 The build is coming along.

Gears have been set up, front brake has been bled, rear caliper needs a rebuild and need to get chain device set up.

The forks feel horrendous, but they do need a service as they're leaking a bit of oil.

According to the bike shop there is a national shortage of spokes so they can't build my wheels. I might try find a BMX shop as they may be better equipped to build 24" wheels. 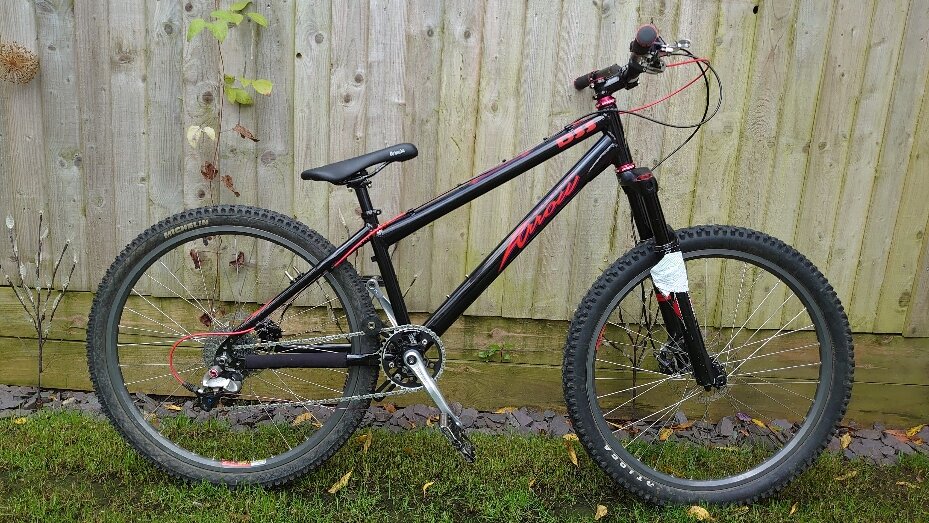 Today I was trying to get the back brake bled and it's been kicking my ass!

First off I needed to change the O-ring seal in the bore cap as it was leaking fluid from there. The old o-ring looked like it was installed incorrectly as it was pinched on one side but fine on the other.

Once that was done I went to bleed the brake but the lever just wouldn't firm up. I tried regular bleed method and reverse bleed but the result was the same.

I was just about to chuck in the towel and get a bike shop to do it but decided to watch some tutorials fon YouTube first. I learnt nothing new but in one of the comments was a hint at what I was doing wrong. It said to make sure the nipple points up.

On my frame the nipple is pointing down so took the caliper off and bled the brake with the nipple up and loads of air came out. With the nipple down there must've been some air trapped in the corner of the pistons. The lever is now nice and firm.

I've also change the pedals over to some lovely Hope F20s that I got off a member on here.

Next job will be to fit a different chain device as I don't like the Truvativ one and then the forks will be going to be serviced. 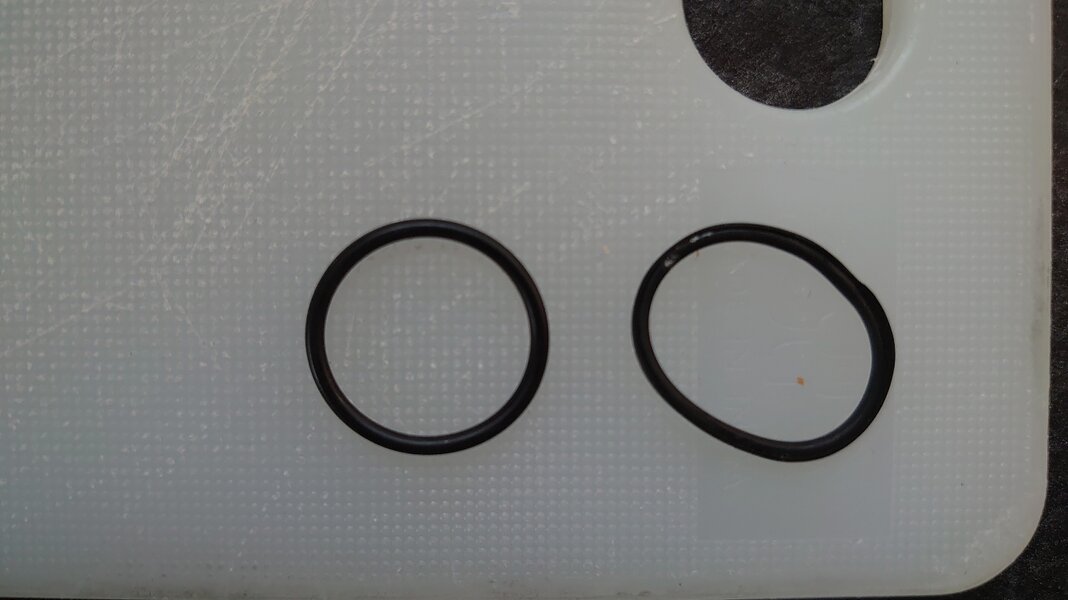 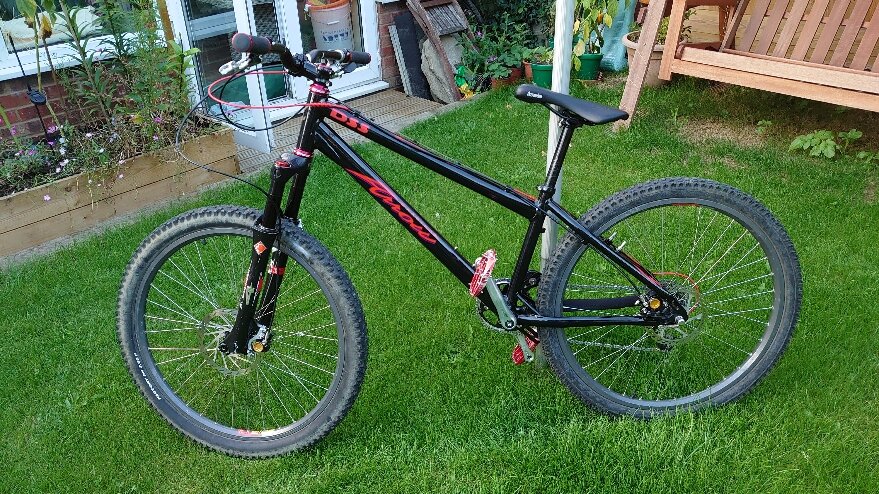 The Arrow DSS build is pretty much complete.

The wheels were built by BRINK and forks just arrived back from a service at Pace. And I got some second hand wheels for £30 that came with DMR Motodigger tyres which are perfect for this bike.

Since the last post I changed the from PM to IS adapter to a black one, got a 165mm disc for the rear and got an MRP G2SL chain device.

What I'm still going to do is change the rear disc, the current one is a Grimeca 165 and it's a bit thick and looks rubbish, I have a hope one on the way. I'm going to rebuild the rear caliper as it's a bit spongy and I think the seals are weeping fluid and I'll also adjust the hose/cable lengths as they're a bit long. 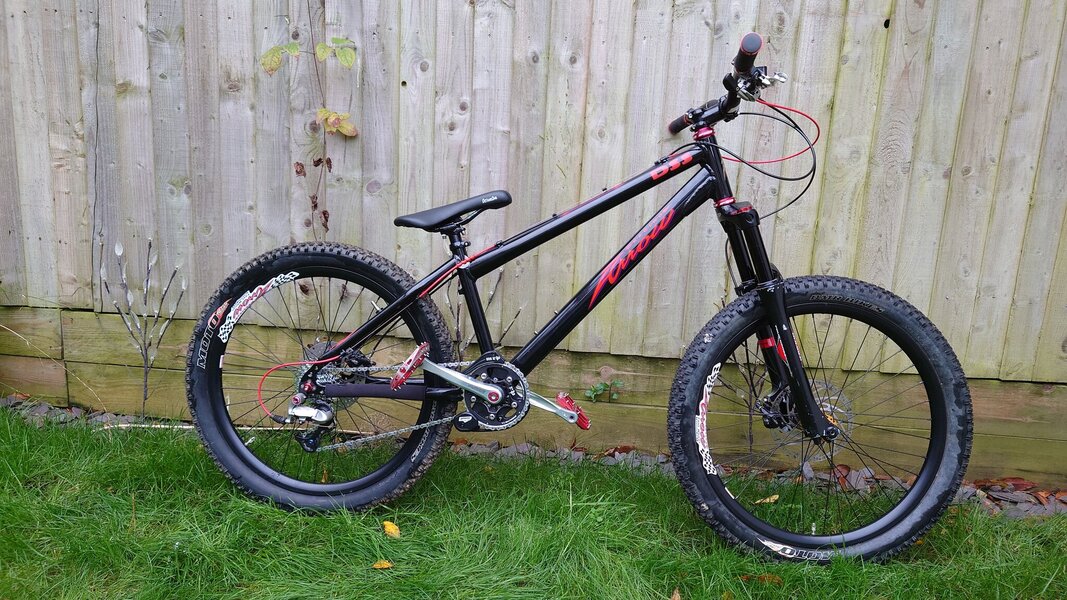 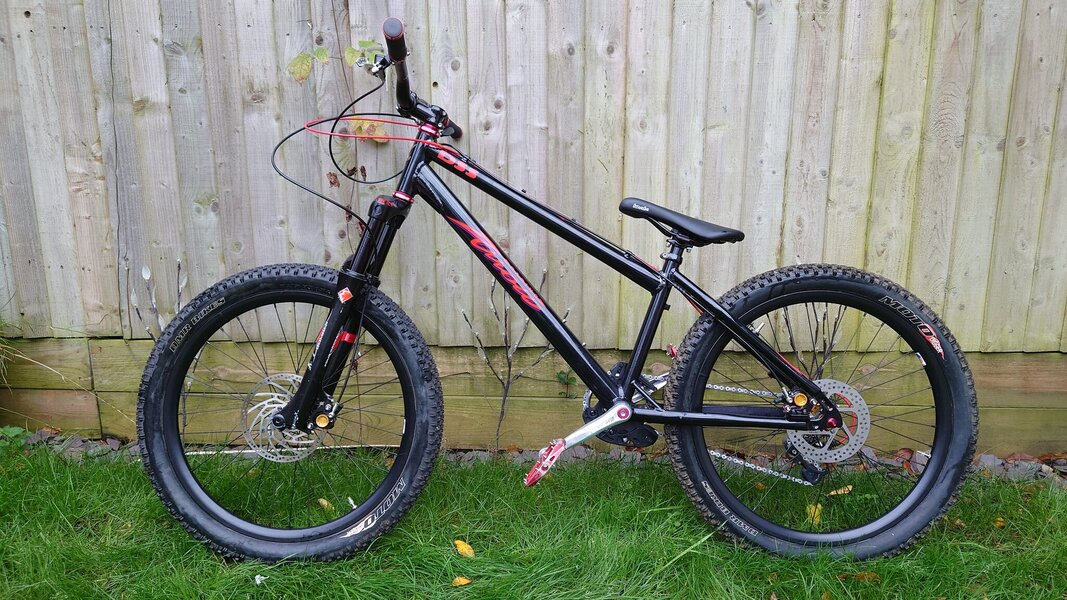 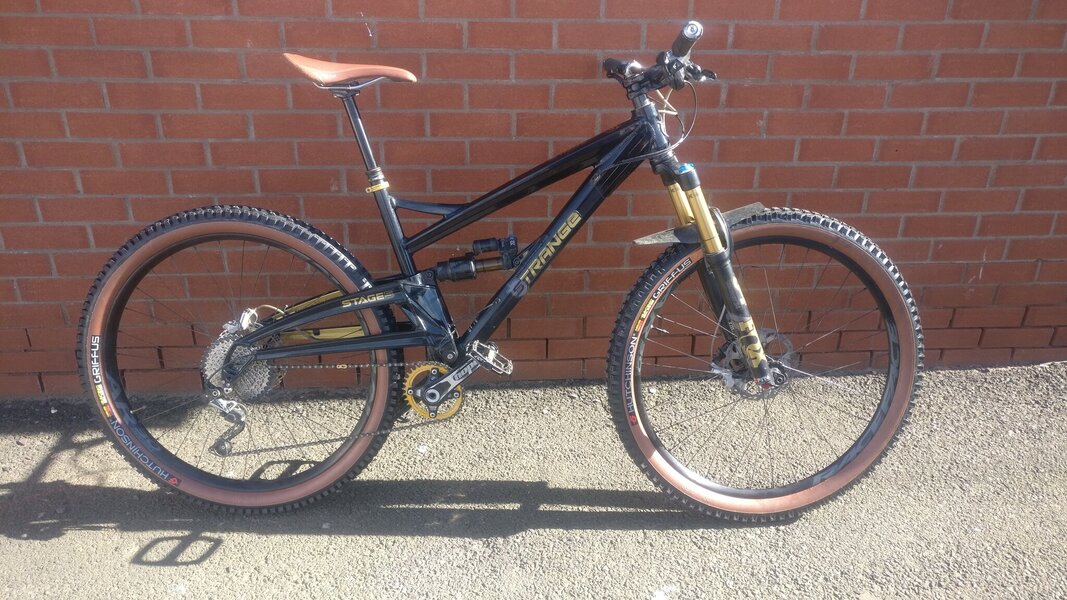