Nice Are you going to repaint it?

Not sure yet. I am not that fond about respraying normally. When possible I leave it what it is. Including patina.

I picked up a couple of Locomotief head badges in a job lot, nice to see a full bike.

satkin55":1il06gox said:
I picked up a couple of Locomotief head badges in a job lot, nice to see a full bike.
Click to expand...

The Amsterdam type? There is also one with 'Dieren' on it, when Locomotiefs (later in the sixties) were made in the Gazelle factory.

Turns out I have 3, the printed Amsterdam one, an embossed Amsterdam which has lost its paint, and a 4-point one with WETT and GED on.

'Wett. ged.' is the Dutch abbreviation for 'legally deposited'. That last one is for the fender of the rear wheel. To make your collection complete , the Dieren version as well. 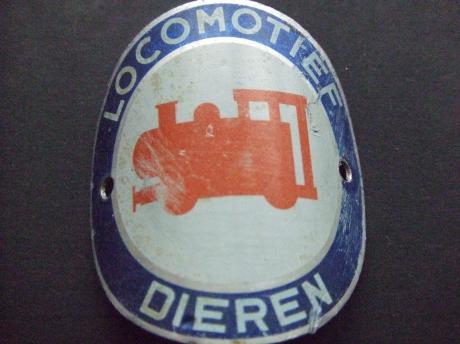 Thanks for that dutchie, interesting to see the other variation.

Framebuilder Bertus Slesker started with his brother in Amsterdam with the Locomotief bikes. In the late sixties he was invited to work with Gazelle in order to improve their race bikes in Dieren with his skills. He indeed was the man behind the famous Gazelle Champion models. He was still working there on to his Locomotief's which at a time were pretty simular to the Gazelle's. In 1971 and 1972 the (orange) Locomotief bikes were used by the Dutch team of Goudsmit-Hoff from Cees Pellenaars in the Tour de France. After some years he was getting tired of travelling every day from Amsterdam to Dieren vice versa. He returned to Amsterdam again and started to work with Presto there. 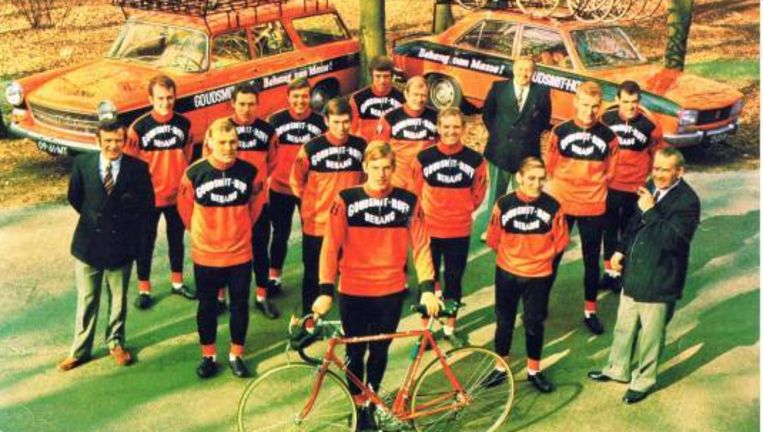