I found this frame on Facey Marketplace 2 years ago, after a couple of messages back and forth we worked out it was a 93/94 Kileaua. Rusty and unloved it found it’s way to my hands and I just put it in the shed until I decided what I wanted from it. 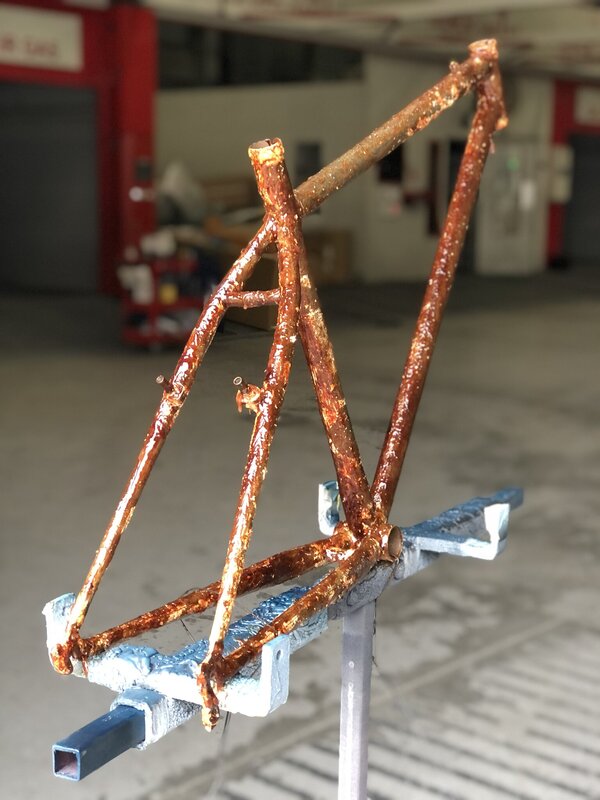 So lockdown hit here in Melbourne and as I was in work with nothing to do I dug the frame out and got to getting into some sort of base for a build.

She came up spectacularly, testament to the build quality of old Konas. 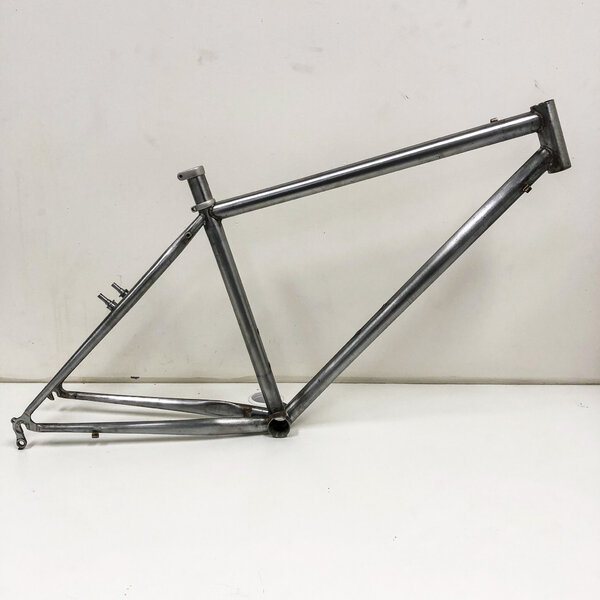 It was at this point iI thought letsbbuild
A beautiful bike, take your time find the exact bits and build that dream bike.

First parts were some Manitou 1’s, and then the bits started coming in, over the next month and year.

Some bits like the cranks were as good as I could find them and with lots of effort got them to a decent standard worthy of going on the bike. 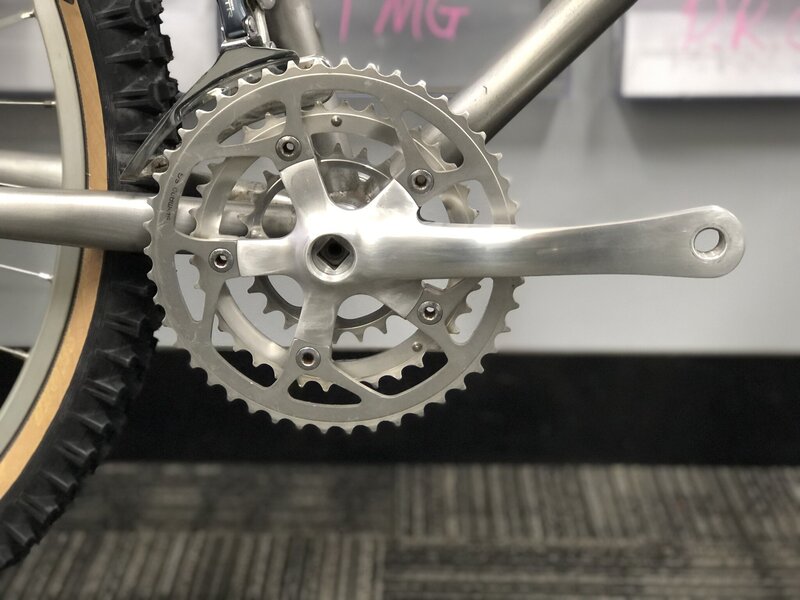 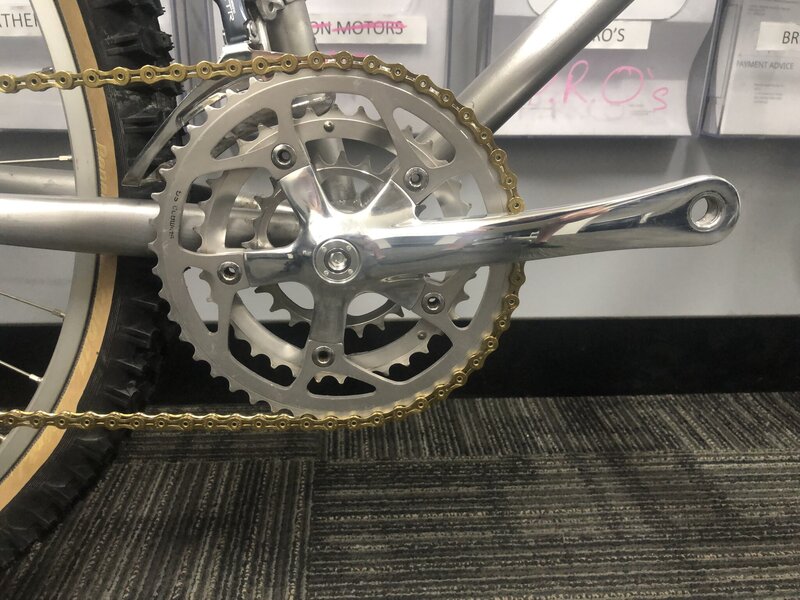 Then I had a friend, Steve White here in Melbourne build me my perfect wheels, NOS M900 hubs laced to Mavic 231’s with a radial front wheel just how I always had as a kid. 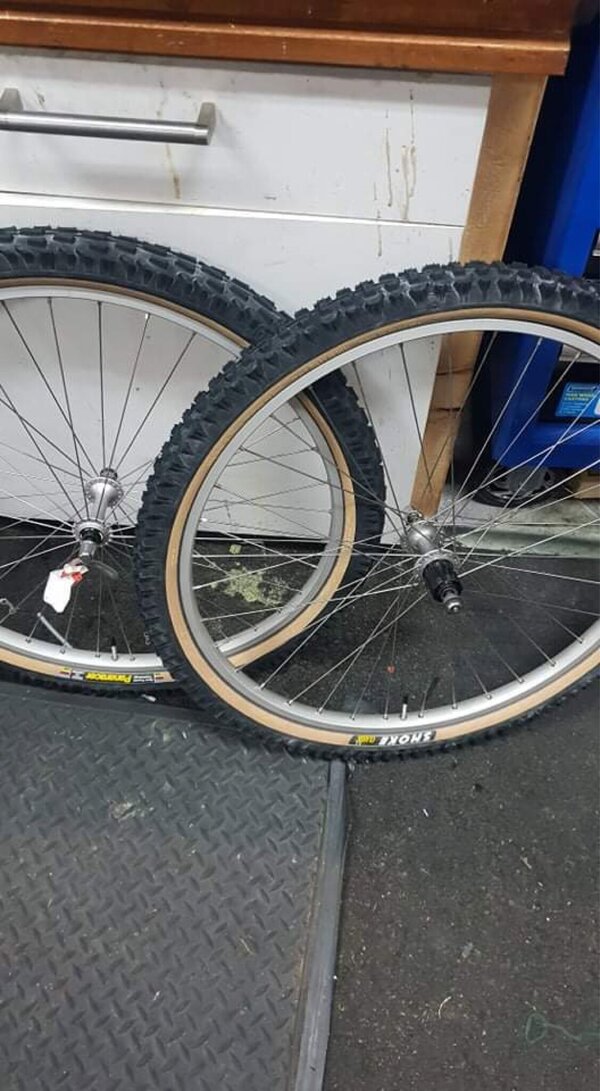 Then it was a case of just finding the rest of the bits cobbling together a full M900 groupset, and finding the “right” other bits, stuff like a genuine Shimano BB cable guide and proper Shimano cables.

So in the last few weeks I managed to get everything together and throw the frame into the paint booth at work and give it a decent paint job. Flowcoated over the decals for a nice factory feel.

Now for the specs:

that's nice, i like the colour and great spec too.

Would be good to see more pics
1 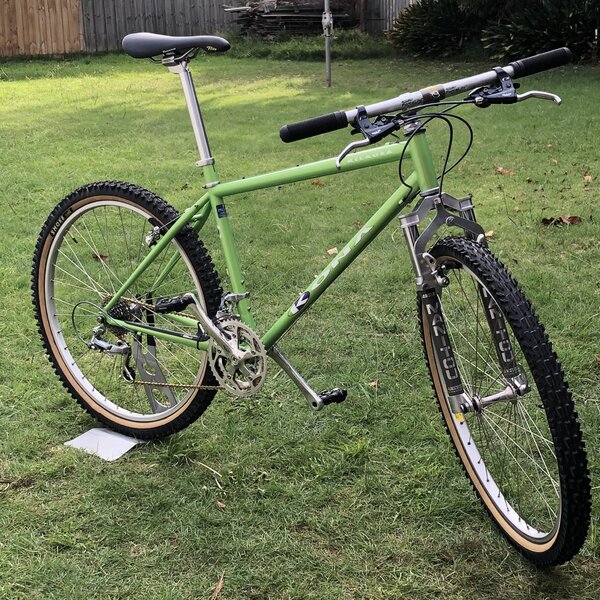 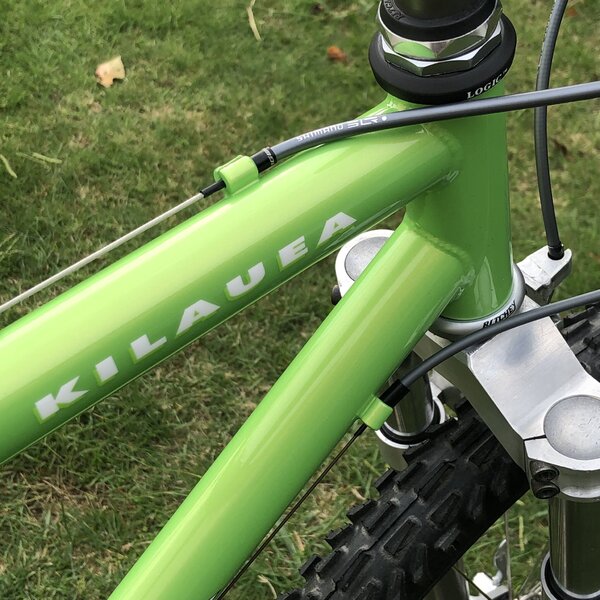 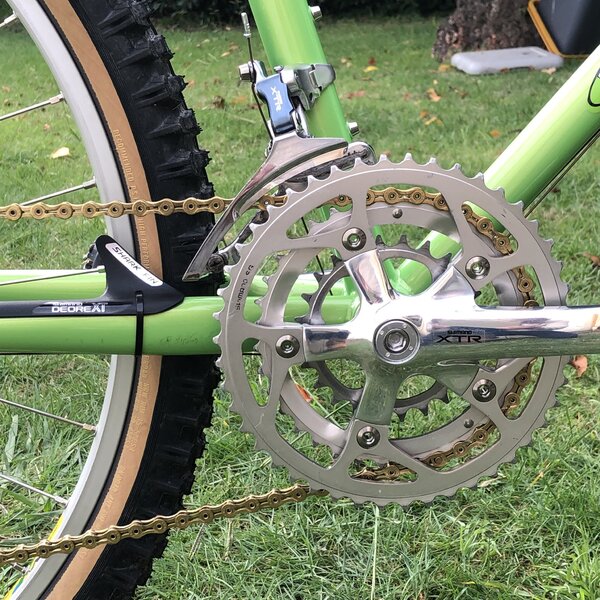 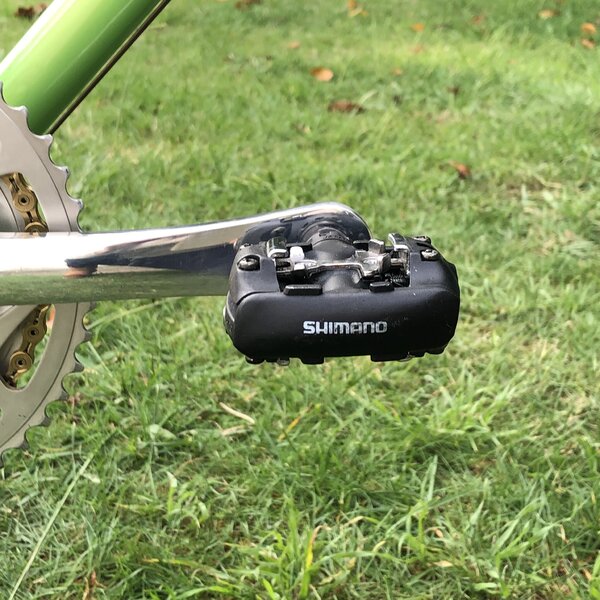 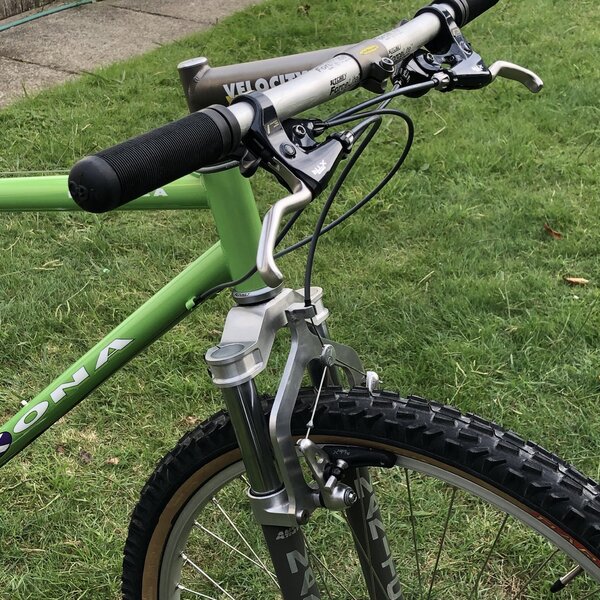 So I changed out the 68x113 BB for a 68x110 for a better chain line and crisper shifting. Who would have thought that 3mm would make any difference. Bit of fettling, some tiny adjustments to the shifting and she’s a cracker. Rides lovely. Haven’t had a proper ride out on it yet hoping to take it out to the farm this weekend and get some proper miles on it. 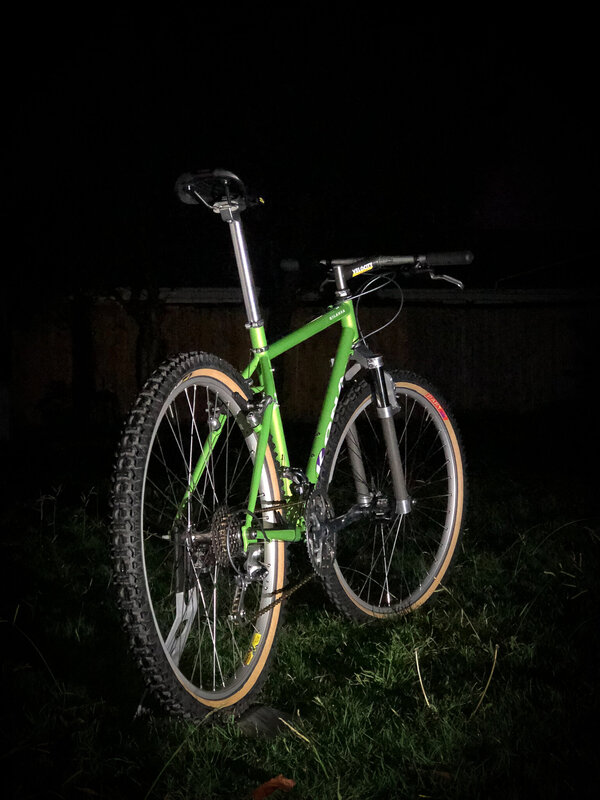