Back in 2019 a very generous friend gifted me his 96 Zaskar. I had just gotten into restoring 90s MTBs about then (apart from wrenching bikes for many years and restoring all types of bikes for fun). After showing my friend pictures of my projects he offered me his Zaskar for free.

He had built it up from the frame BITD, I’m not totally sure if it’s an LE but elected to use the pictured decal set and leave the “LE” in. The Race Face Turbines are interesting, the non drive side arm has no additional machining of the sides to remove weight while the drive side does. I think he knew someone at Race Face that hooked him up and maybe got a deal.

He’d put on a longish travel Bomber on with 20mm through axle. I completed a rebuild on the Bomber and used the Zaskar that way for a while with the shorty stem but eventually decided to give it a Judy to bring the front end down where is should be and added the KORE stem. The Judy was rebuild with Steed springs and I’m really happy with the result.

It's been in a few incarnations but I think it will stay the way it is now. Some may feel it should have V brakes but I like cantilevers and just happened to have some M900s to use. I also wanted to use the Cannondale branded Dia-Compe SS5-MKII levers on one of my bikes so on they went. The front wheel came off an inexpensive FB bike purchase, both wheels were rattle-can painted blue in their entirety when I pulled them off. Removing the blue paint revealed Ringle hubs and Mavic M231 rims. I made the Ringle decal with my vinyl cutter and swapped the bearings out of the front wheel. The rear wheel from the same bike has a freewheel style Ringle rear hub which unfortunately has had one section with the flange broken from a chain bind I would guess. I completed a rim transfer of the rear wheel M231 rim to the LX hub I was using on the Zaskar so I could at least have matching rims. Some M737 derailleurs paired to M735 thumbies.

It is a very sweet handling bike. It’s the only vintage MTB in my stable with front suspension. Nice to have a GT in my collection.

Here's how I received the bike initially: 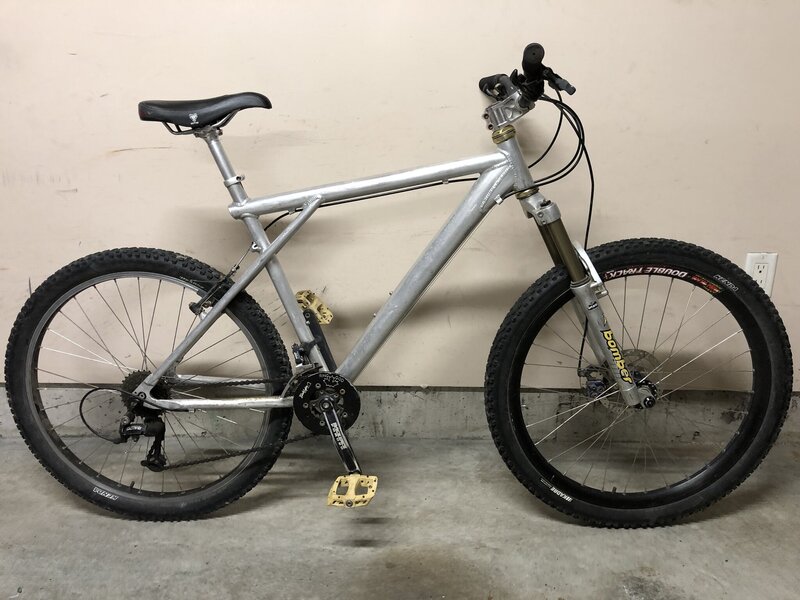 Picture of the Ringle hub with my homemade decal: 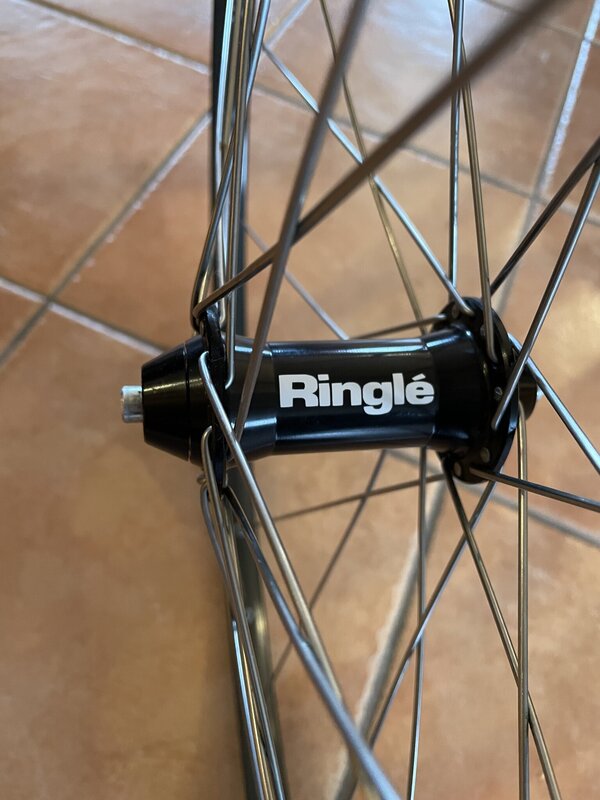 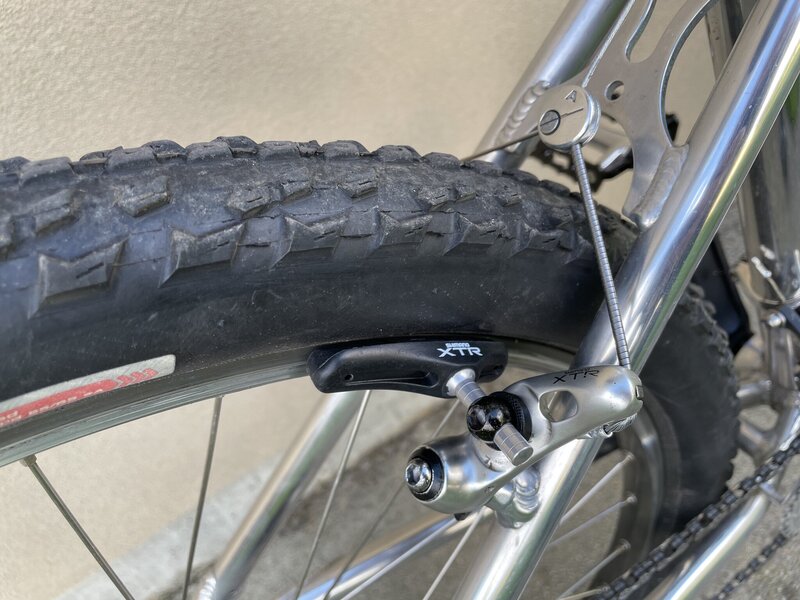 Good job mate… much better without the bombers as they did jack it up far too much imo.
A very generous friend you have there and a great rebuild to bring it back to where it should be.

Great job on the Ringle hub!
You must log in or register to reply here.