Just picked up a new project that I will be enjoying during the X-mas break :xmas-big-grin:
Unfortunately, the original rigid forks are missing, but the celeste Flite Ti is there.. 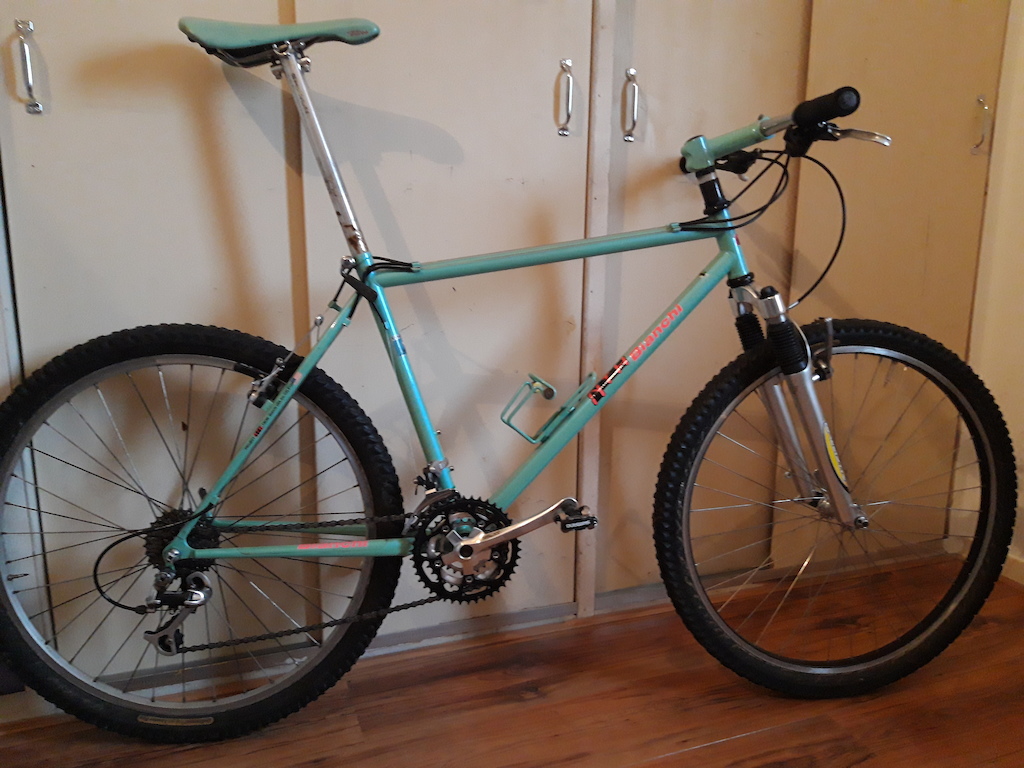 Nice project, any further on?

This is the project as it stands; looking for another set of forks.. 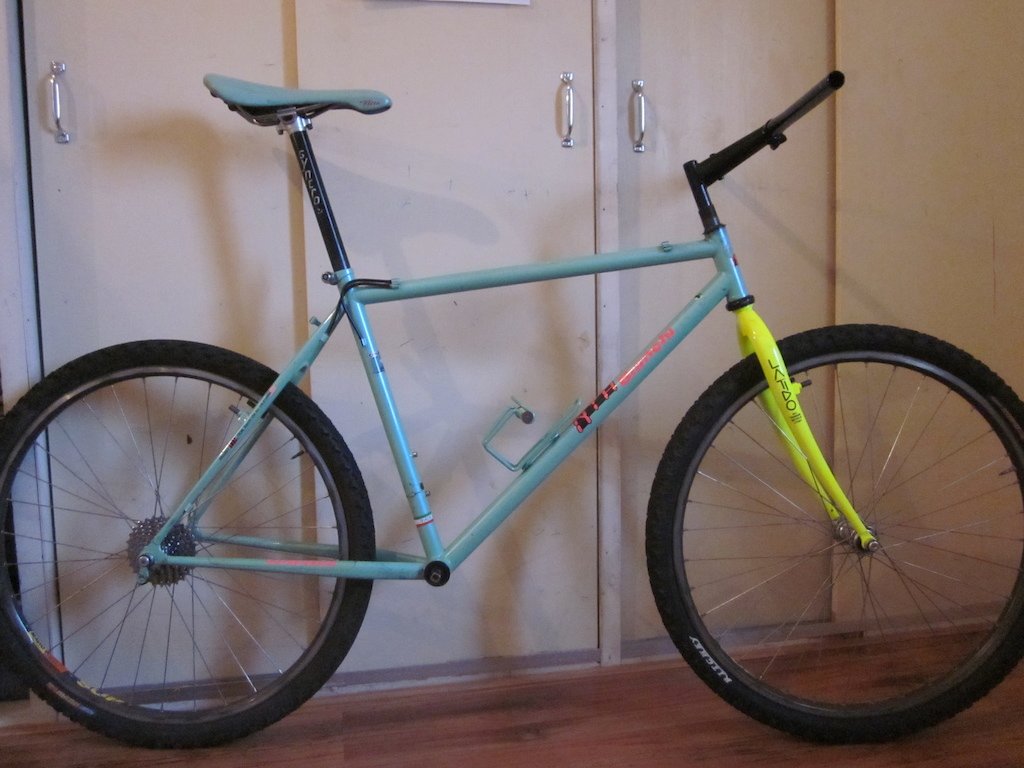 I spotted this one as well but already have a bianchi frame that has been reduced to wallart for the past 2 years.
What kind of tubes is the frame made off, deda zero uno?
good job giving it a new life!

Thanks, Vincent (and al)!

It's made of Columbus Genius: 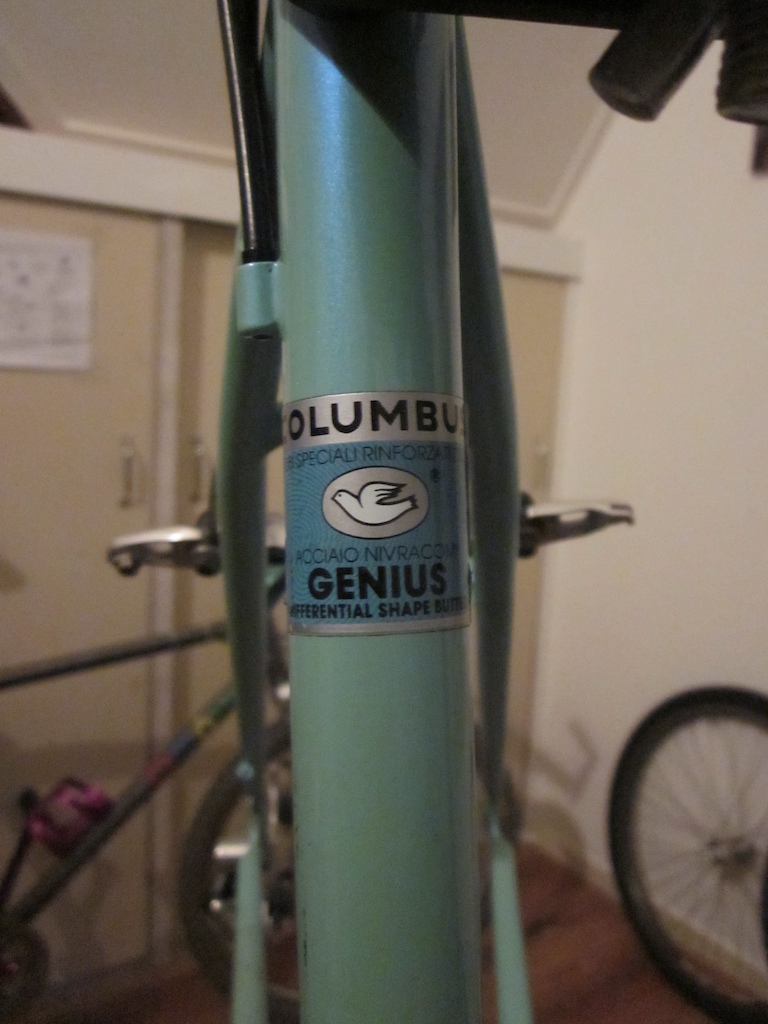 Sorry for the crappy pic: light is really poor in the man cave at the mo..

I thought the decal said 'Nivacrom steel (acciaio)', but I just noted it actually reads 'Nivracom'
There is not much about Nivracom to be found on the internet (according to Google..): any expert that can shed light on this perhaps?

Sourced a pair of steel forks on here (that, according to Hermes are "about to be dispatched") and I'm planning to have these done in the pink color of the Bianchi decals on the frame.
Still wondering whether to include the stem in that process too..

And once that has been done, I'll build it up with some parts that were on the bike originally, complemented by some from the parts bin.

Last weekend I finally started to rebuild my own bianchi, thank you for the inspiration .
How is yours coming along?

That looks like a pretty and fast ride !
Got some daylight pictures as well?

Not much progress on mine, unfortunately: I'm trying to get the forks I recently sourced on here repainted, but no response to my request yet..
Once that is done, the building can really start. Let's see if I'm able to build a similarly fast (looking) bike as yours!

thanks, these frames/bikes are great to ride on fast and smooth trails.
I'll try to take some better pictures up when I get the chance.


'Not much progress on mine, unfortunately: I'm trying to get the forks I recently sourced on here repainted, but no response to my request yet..'
patience is a virtue I've been waiting since november to get a bontrager or repaired and powdercoated.

The envisioned front end for this project all set for some new paint, or better said: powdercoat
Tomato red doesn't go well with celeste.. 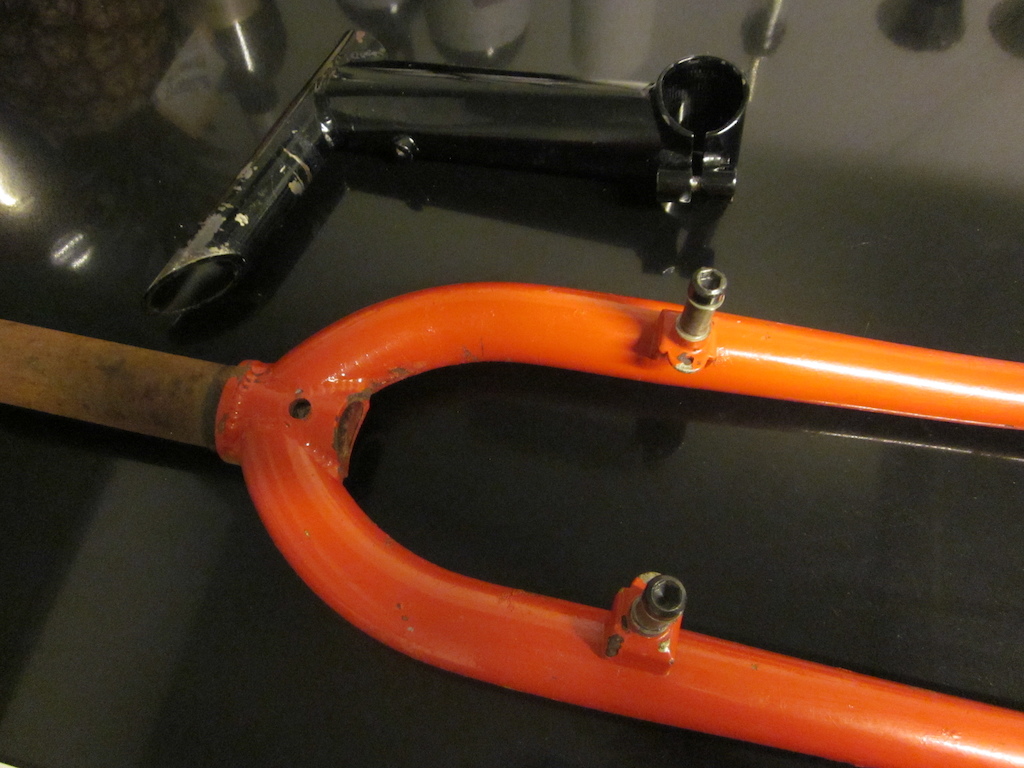 Let's see how this comes back!
You must log in or register to reply here.