BoTM Winner
This is gonna be good... 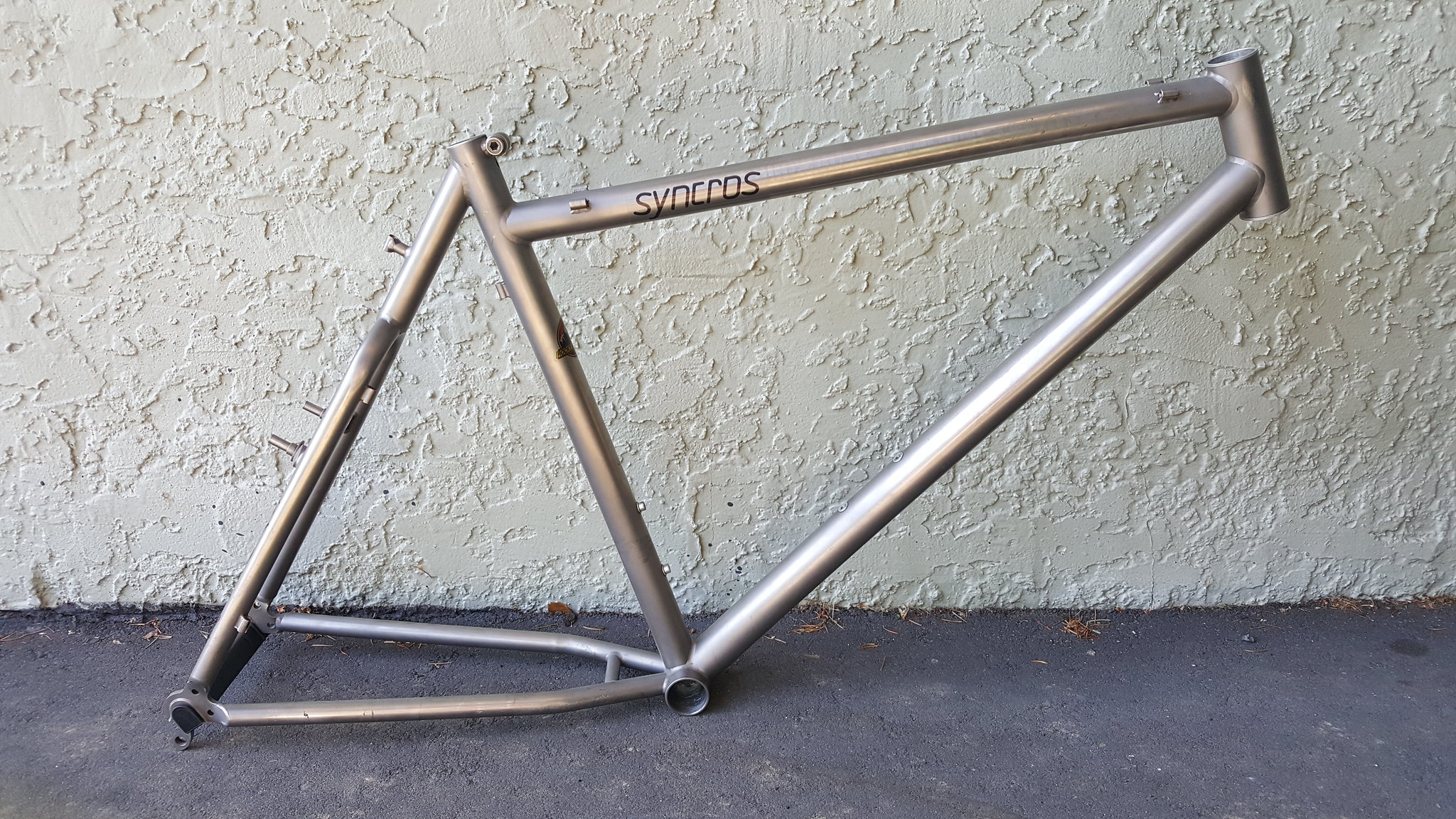 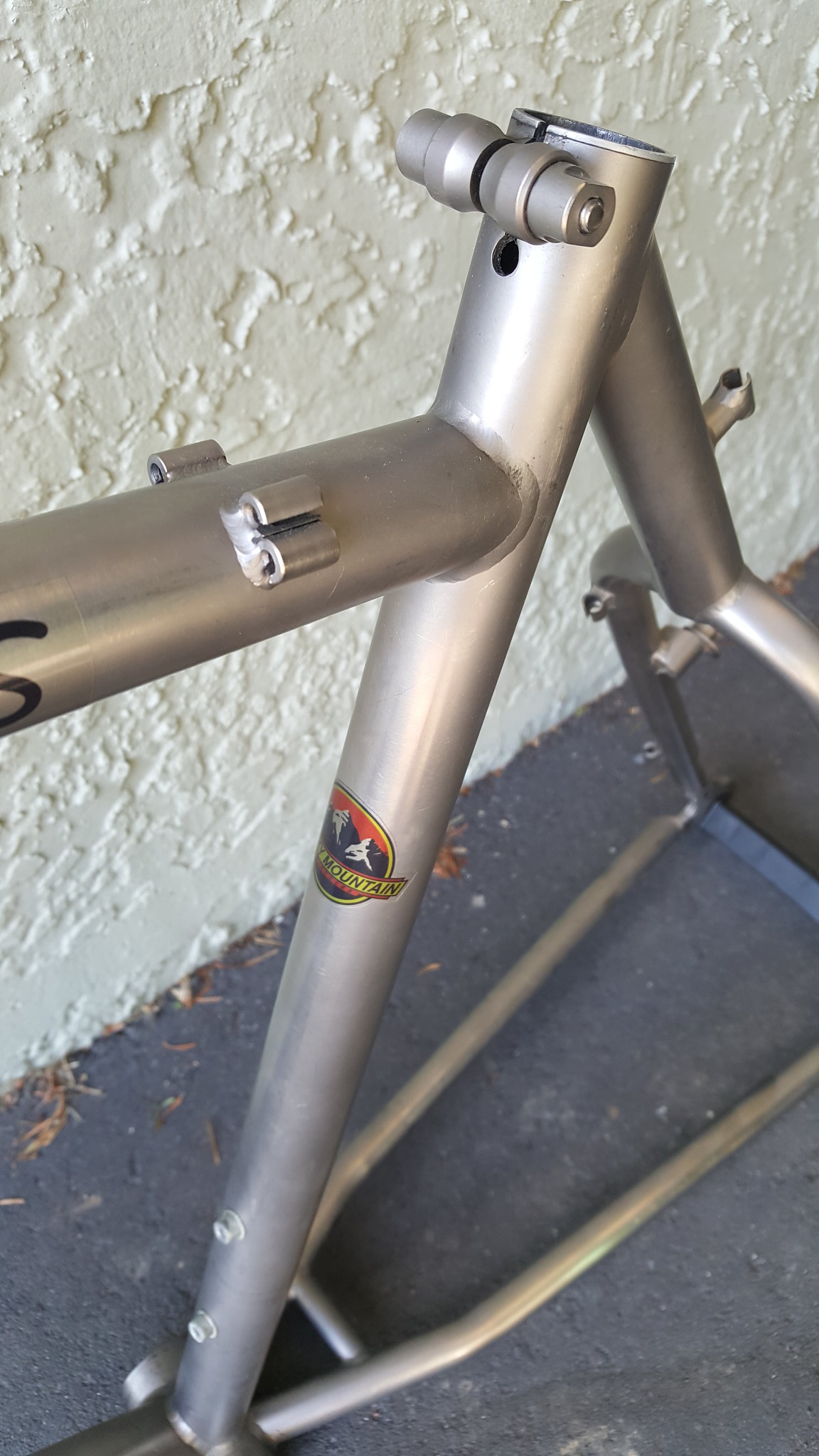 1st to register for updates!

One of my unicorns, Syncros equiped ...
Litespeed products.
M

Please don't take this the wrong way, but you b---ard!

Pulling up a seat.

Cool.
What are build ideas so far?

Wtf! First the return. Now this.

Thanks you old bastards!

Build ideas, hmmm. Well I have thought a lot about it and I keep coming back to the FULL SYNCROS BUILD (yawn)... Its been done I know, but nothing else seems as right. Plus it already has the Syncros sticker on the frame so...

The only thing slowing me down on that build is that the 1992 catalog specced it with a Mag20, so in theory it is a suspension specific frame. The angles as stated in the catalog were a fairly steep 71.5 degree head tube w a 73 degree seat tube. I would hate to throw a Powerlite on there and end up with 73/75 angles! Not a problem if it was just for noodling around town, but I intend for it to be a rider (like all my bikes), and if anything I would like to keep it on the slacker side. I might have to throw an old rigid fork and some wheels on there to measure the angles and see where it ends up. If it does nose dive to 73/75, then its back to the drawing board, with either a front shock (unlikely) or a suspension corrected rigid fork (like the 415 a2c TB P2 I have).
R

Did you check out mine at harald's show?
Running a powerlite. Could have taken it for a spin.

Of course Roy! And my apologies if you had to detail it again after I drooled all over it. Such a beautiful bike, I like the white theme you went with, and the prototype Syncros bar/stem combo takes it over the top. I had my eye on this particular frame back then, but didn't dare to dream that I would end up with it. If I knew it was going to be mine, I would have paid closer attention still to your build, and the fork question. I have a feeling though that the listed 71.5/73 angles in the 1992 catalog are for the frame, without the 2" travel front shock, meaning that as they specced it with the Mag20 the angles would have been slacker than 71.5/73. But that's just a theory.

Roy do you have any way to measure the angles on your '92 RM titanium, as it is set up with the Syncros Powerlite fork? 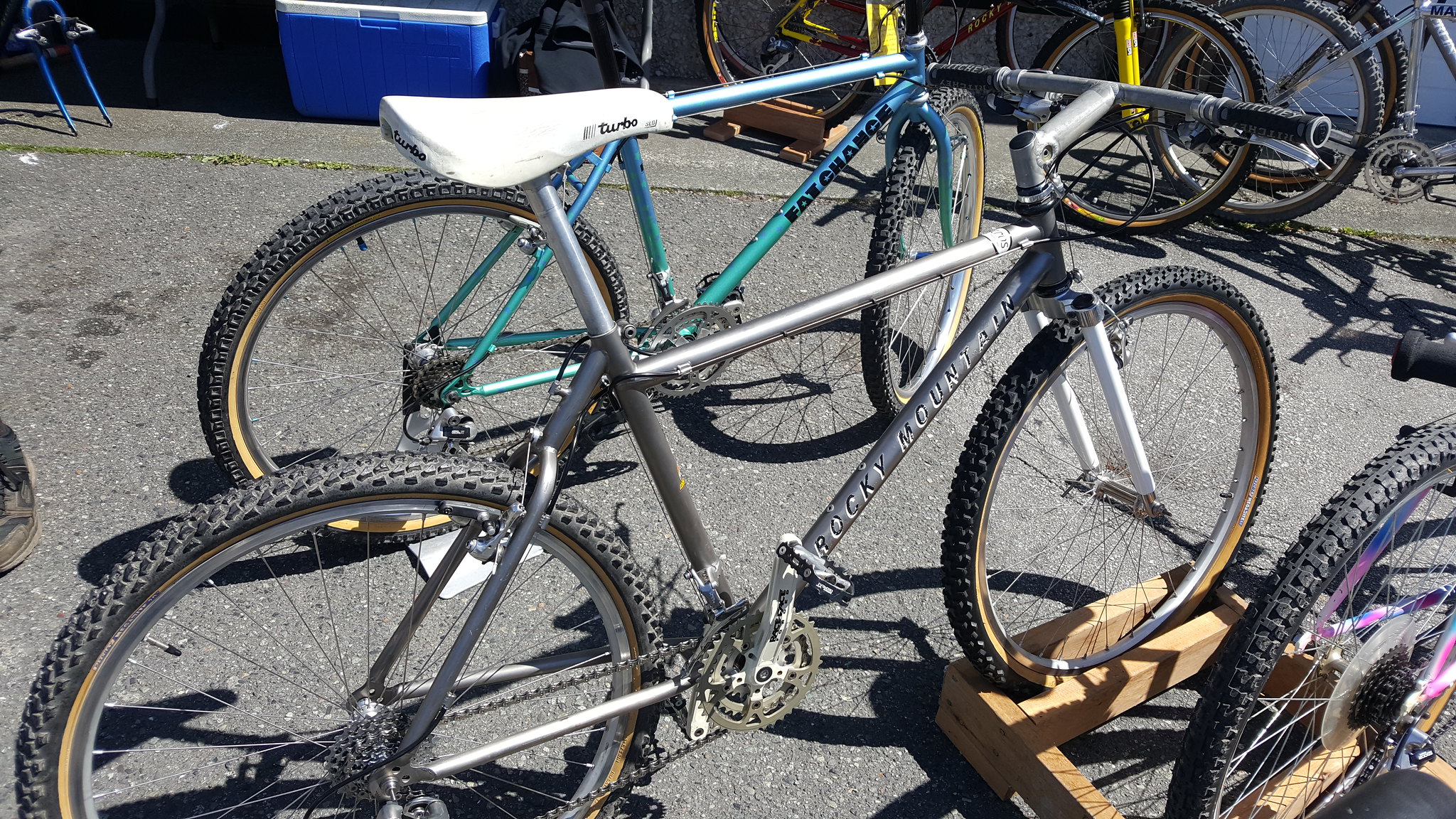