Which was your first bike which actually worked?......

94 Marin Bear Valley SE, I'd been a committed roadie up until that point, I'd owned a couple of low end mountain bikes, but that mid range Marin was a revelation, some friends took me to the Peak District the weekend after I bought it and we rode all around Matlock, some of the downhill was insane, steep bare rock which involved placing your torso on the saddle, gripping both brake levers tight and just trying to somehow make sure you bounced from boulder to boulder and avoided the large gaps.

I only fell off once but what a tumble it was

There was one descent, a high fast sweeping dirt track that had a rocky wall to the left and a scary looking drop to the right, the lads told me to look out for the tree root about halfway down, I don't know how fast I was going but it was definitely faster than I'd ever been on any road bike and it felt like I had very little control, I had to fight to keep the bike pointing at the middle of the track. I saw the tree root from about 120 metre's and prepared to bunny hop over it at what I was told would have been about 38 mph, but completely mistimed the hop, my front wheel came down on top of the root and I don't know what happened next except I was no longer on the bike, it was floating in the air alongside me, I remember reaching out and grabbing the frame and after a few seconds we both made contact with the steep slope to the right of the track and we slid down side by side for about 30 feet, no bones broken and the bike was fine.

When I got to the bottom of the run the lads were all there laughing, one of them had been behind me when it happened and the last he saw was me cartwheeling over the edge, when he reached the bottom he told the others he was sure I was dead.

It was the best days cycling I ever had, nothing came close to that, probably because I was an off road virgin and these were some pretty hardcore trails, but I was hooked and we went regularly to different places around the UK and Europe, even South Africa and the US to scare ourselves silly.

So that Marin was a great bike for me, it was so much better than anything I'd ridden before, and even though I rode better bikes since and on better trails the crazy adrenalin hits I got back then frazzled my dopamine receptors.

My 92, Raleigh Peak, I still have the frame complete with minty stickers...
N

A falcon something something that quite frankly was a nail but still did everything i needed whilst all my wealthier friends chased univagas and cindercones. Thumbies, 3x7 with steel everythings. Still got the frame. Still gets rideen althougg its safe to say it isnt recognisable as the same bike. 1992/3. Rode it everywhere,including the 9 mile each way to school.
That was finallt replaced by a non descript, Costco own brand, full sus (want to say yukon) which id say was the first "real" mtb. Rst 381 up front with an rst dx1 disc brake. Alivio groupset in a 3x9 flavour including the back v brake. There was nothing on that bike that didnt get changed. Deore lx group woth fsa powerpro cranks running 2x9. Marzocchi z5 100mm that came of soemthing in harry halls cycles and i got cheap, stems, bars, seats, rims (rebuilt with 521 from and back),hubs the lot. It ran a set of jnr t until the headtube decided to try and part with the rest of the frame. A gusset was added but id "had" to build something else so i didnt miss a riding weekend (barracuda ghetto frame for 50 quid).

Those were good days. When rims cost peanuts and parts were easy to swap out.

Fat Chance Fan
The 2007 Cannondale Prophet in my avatar pic (under the black cat)..

Such a capable, unflappable but fun bike. Still my go-to bike out of all I own, whether xc, uplifts, or hitting flights of steps with my little girl in our neighbourhood. A real Swiss Army knife.

After an Apollo Blizzard and a couple of crappy Peugeot’s, my first love was a 91 Diamond Back Ascent.

MattiThundrrr said:
93 or 94 Hardrock, lovely chromo, a revelation after department store '"steel". Oil damped shock from a Stumpy couldn't be beat by anything. Still have it after all these years, still my favorite. Sadly, still in pieces in the garage due to that shock and its seals.
Click to expand...

That' ll be and fsx fork? If so they're just RS Mag's and so seals etc can be baught and made.

Pace Fan
Came here to mention my ‘92 Marin Eldridge Grade, and see there’s loads of other mentions of Marins. Fair to say, they had some well sorted bikes at good prices in the late ‘80s/early ‘90s.

Mine replaced my early splatter paint Carrera Krakatoa. It was too big, too heavy, and with some ‘upgrade’ Farmer John’s Nephews, too tricky around corners.

The Eldridge, in contrast, was light, zingy, and fun. Great frame, great colour, and a smart spec (DX all round with the STIs upgraded to XT to give you Rapidfire+ instead of old style twin thumb button RapidFire). Loved that bike right up until it got nicked (and replaced by a ‘93 Pine Mountain). Still, many years later, Ive got an immaculate Eldridge back in the collection… 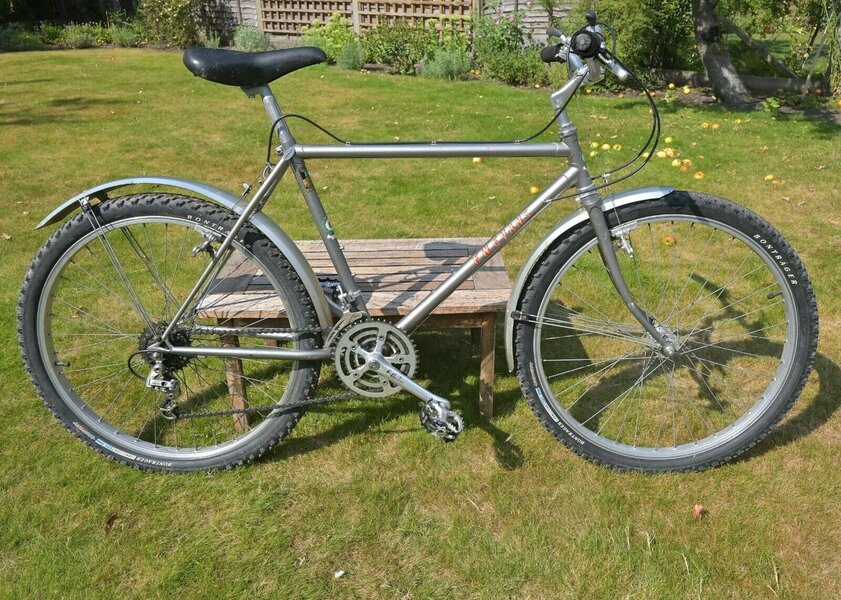 ...and had the shop where I bought it change some of the components to make this: 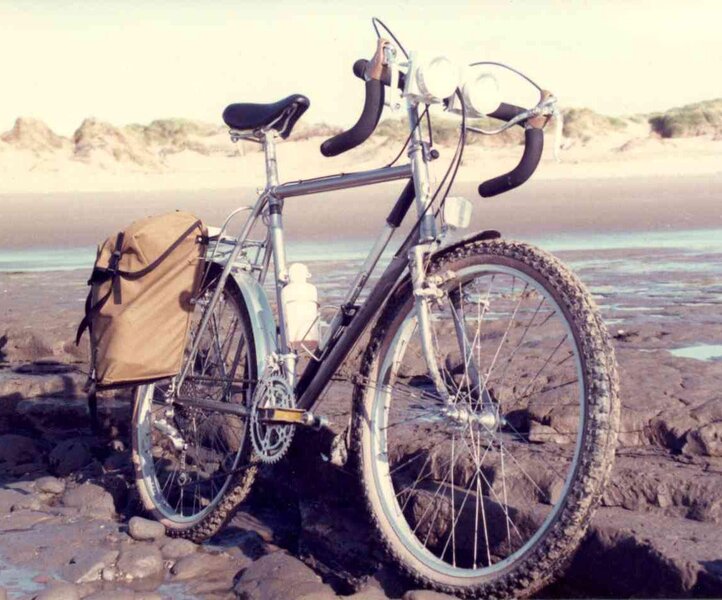 I took the bike on Chiltern Hill's rides led By: 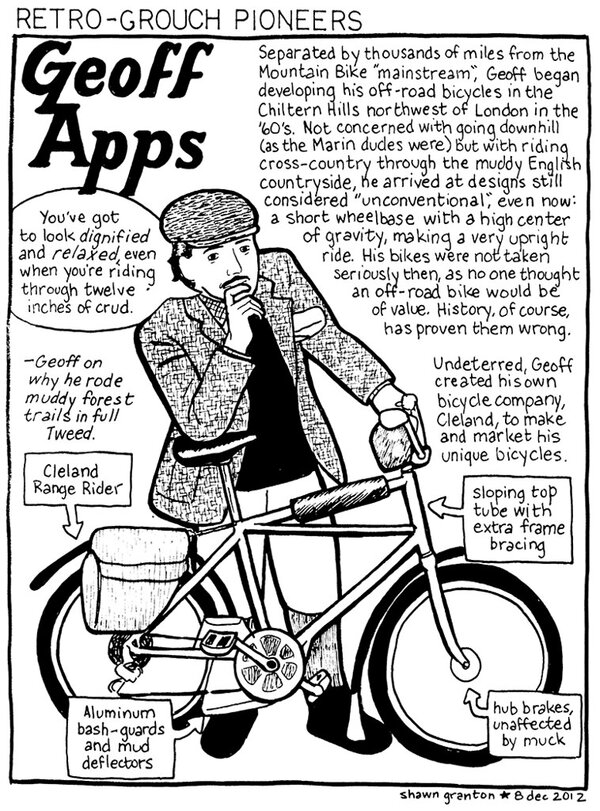 The FW Evans ATB was good at going uphill but the cantilever brakes/suicide lever combination made steep downhills tricky. So I switched the cantilevers for Sturmey Archer Elite hub-brakes. It then worked well in most situations though I would describe it as 'jack-of-all-trades' / 'Master-of-none' bicycle.

Fitting the hub-brakes cured the problem of the the cantilevers grinding away the rims as they scraped the mud and grit off.
However, like most early mountain-bikes, the frame had been copied from a US 'Ritchey' by someone with little or no experience of off-road riding in muddy UK conditions and the frame/forks used to clog up in bad conditions.

Still looking for it...

Isn't that why we're here?
You must log in or register to reply here.

D
Dilemma - which bike to keep

Things which work...and carry on working
2