show us your gt's

Nice bike, I bought the exact same colour and model from Apple bikes in Lytham St.Annes in 96', along with an Outpost trail, lent it my brother recently and his ex- girlfriend had a bit of a garden clearance and it got skipped apparently, I was slightly gutted as you can imagine.

ah so is it a 96 model then? was trying to find out what year it was. Ive upgraded the cantis to V brakes purely because that's what I had lying around but it rides fine so thats all I care about
G

I bought mine late 96 but was told by the shop it was actually the new 97 model, think it cost me £450 ish, if I remember rightly.

My '96 GT avalanche owned since new. Mostly original apart from wear and tear. Using now to commute to and from work with a little light off roading every now and again.

gm1230126":26r7rihg said:
Recent pick up back before Christmas. 93 GT Corrado NOS frame. Took a while to piece it together to near original spec but it was an enjoying build. The Corrado was always a great bike but it got lost in the shuffle of all the new aluminum frames bikes in 93.
Click to expand...

So nice! I've got a '94 Corrado I'm building up. I prefer the specs of the '94, but I am envious of the "groove tube" logo! I'll post pics when I'm done. Things keep getting in the way of my finishing it, but I think I've got all the parts amassed, and it really needs to get done, as it's going to be taking the place of my now worn out '93 GT Outpost on commuting duties. Looking forward to going from a hi-ten rear triangle to nice tubing all around!
M

My new one, work in progress... 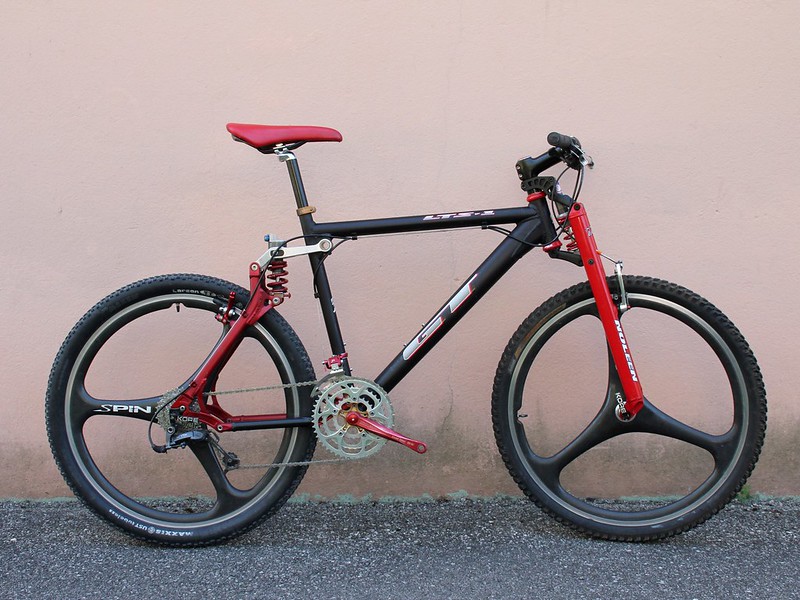 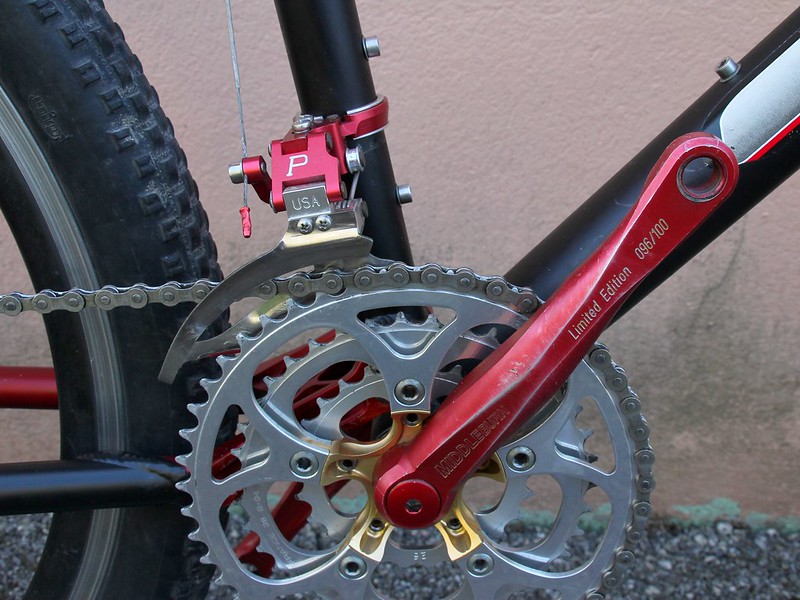 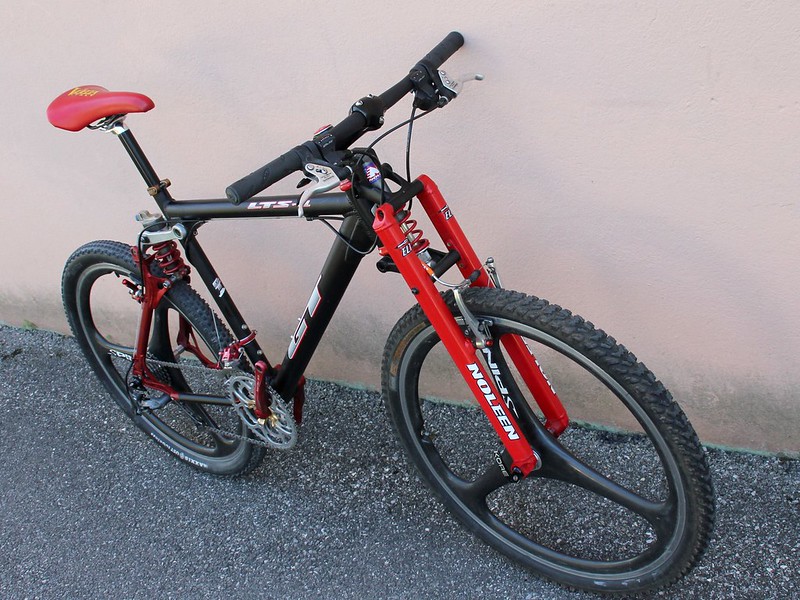 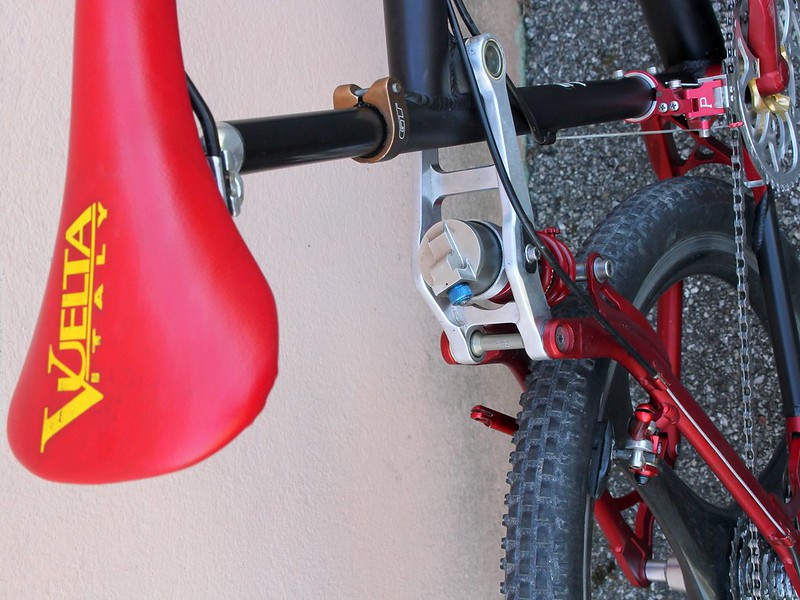 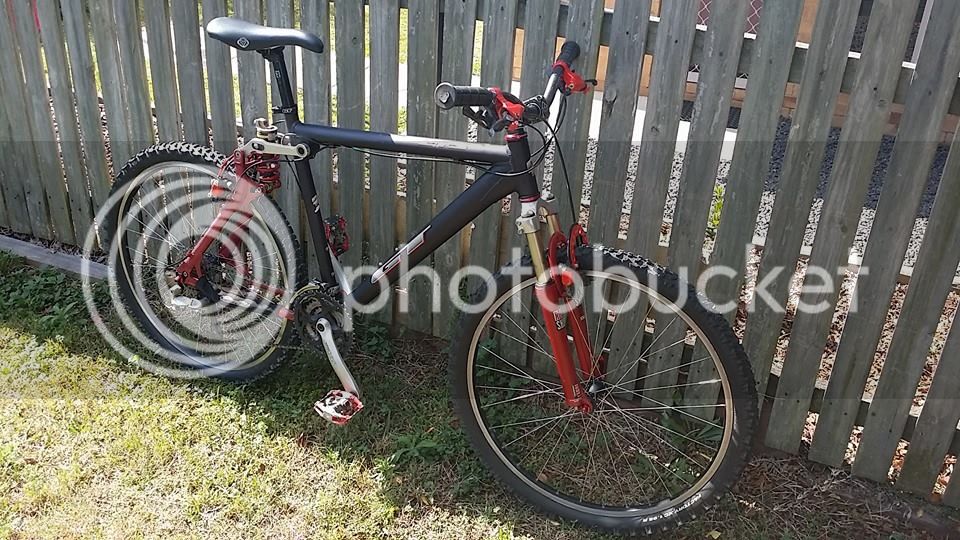 Thank you for your pic Brettels, I am about to put Magura Tomac on mine too !
M

Alright, none of ours are as nice as so many in this thread, but here goes:

My "daily driver", a 1993 GT Outpost. I've been using this one for commuting for two and half years now, and it sometimes gets pressed into light touring duty since my touring build is on the back burner. This one's changed a bit since I took this photo, different pedals, different saddle, got my Carradice saddlebag support back on, and I've recently been giving Schwalbe Big Bens (2.15") a try and consequently fenders that aren't as pretty, but fit the much bigger tires.

Not the prettiest shot, but more illustrative of how I use the saddlebag and part of its evolution. The nice big front rack migrated to the '94 Corrado that will be replacing this bike as soon as I finish building it up! Those fender stays will get cut down once the fenders and tires make their way to their next home, most likely my tourer. I'll be a little sad to retire this old tank, I've put a little over 7,000 miles on it between commuting to work, running errands, going on 30-40 mile rides, and few short tours!


The '96 Pantera that I picked up for my lady, that I converted to street and light touring use with a new rigid fork, Soma Sparrow handlebars, an appropriate saddle, some nice big platform pedals, a crankset better geared for road, and some excellent street tires. Here it is tied up on a ferry while we were doing a short bed & breakfast to B&B tour (I've got almost all of our gear in my panniers):

I've REALLY got to take some new pictures of this one. It's since inherited the copper Tanaka water bottle cages and really nice wooden fenders that were on her hated Novarra Safari, and I picked up a nice wood decked black rack from Portland Design Works for it as well. It looks amazing now, and she loves the way this bike handles.

Here's a pic of the reflective tape I've covered our bikes in glowing in the flash of my phones camera:

This was before I mounted her fenders that I pinstriped in reflective tape.


I think this is the only photo of her ball burnished, '00* Backwoods:

* I keep forgetting to check the serial number, IIRC she bought it in '01 as a "last years model", but it might be a '99. She loves this bike a LOT! It's a fast and nimble mountain bike, so much so, it's only really suited to off-road, and going fast at that! Which is fine, because she loves mountain biking, so this bike remains pretty "pure". Someday it might get a new shock and maybe some better wheels, but I don't foresee much else in the way of changes for it. She prefers her bikes very "spare" (it was all I could do to convince her to mount a small bell on this one!) and the fit on it seems pretty good now that it's got a new stem, which in this pic has a map case mounted to it.

If anyone has any tips about polishing the ball burnish GT frames, I'm all ears. This bike could really shine.


One last one for now:

My '88* Timberline, doing what it does best. I use this one for touring and bike-camping. This is more load than I normally carry, on the front deck there those are gifts for my niece and nephew who I was visiting on this trip. This post reminded me to check the serial number on this one too, now that I've learned how to partly decipher them. This bike was originally a grey splatter Imron finish with yellow lettering and a U-brake mounted on the chainstays. Working in a friends shop I sliced the old studs off and we welded new canti bosses on in the usual place. This one is pretty much stripped down to the frame for a completion of the paint job I started on it and new components all around.


I really need to take some "glamour shots" of our bikes, none of these pics are representative of how they look currently, and somehow I've never taken the time to take some nice photos of them. :/

Someone say something if these images are too large and I'll try and resize them. I can't tell if they are too big or not.
You must log in or register to reply here.

Cheap builds. Show us yours.
2

1988 Specialized restored by us at Bristol bicycle restorations