This is my last acquisition, a Raleigh Corsa frame in the colours of the team Panasonic, I always wanted to have one so when I saw it at a good price I jumped on the occasion !

It's not the high end that is 531 or 753 tubes but it's also not the entry-level Raleigh tubes (commonly called Raleigh Cadet). This one is Reynolds tubes 501. Serial number is 76808, if someone can help for dating it would be cool ! I think the date is 1984 or 1985. There is still the store sticker that sold it and surprise it still exists! It's rather uncommon: John M Hanna Cycles 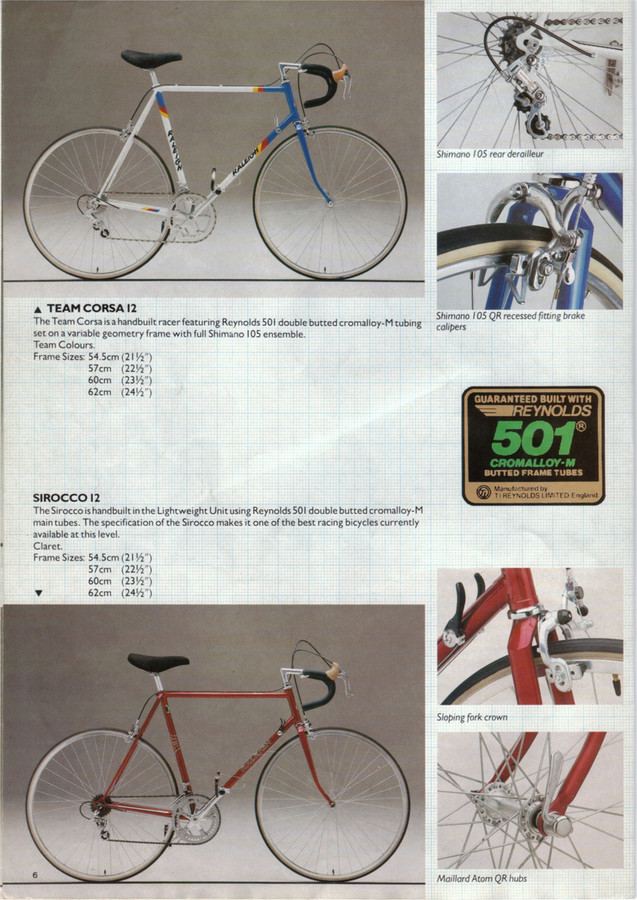 I'm going to restore it as close as the original, according to the catalog page above and after having searched on a few forums, I found out it was equipped with Shimano 105 Golden Arrow which I was able to source (should arrive soon). I still miss the hubs, cassette and headset and bottom bracket.

For the stem I suppose Custom ? with Sakae handlebars.
I don't know which pedals I could put, maybe MKS ?
I was thinking a Turbo saddle and for the seatpost I don't know.
Headset and bottom bracket will be the Golden Arrow or Tange if i can't source them.

Any help or informations that would help me is warmly welcomed 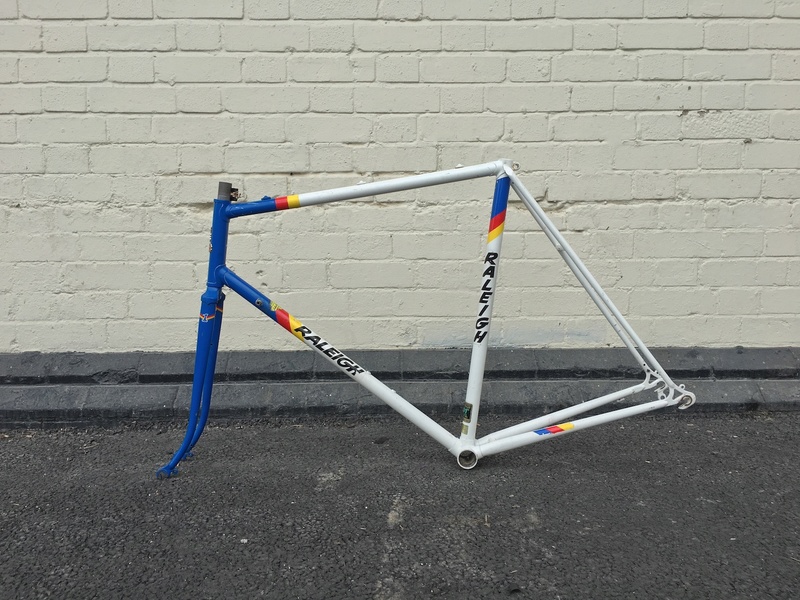 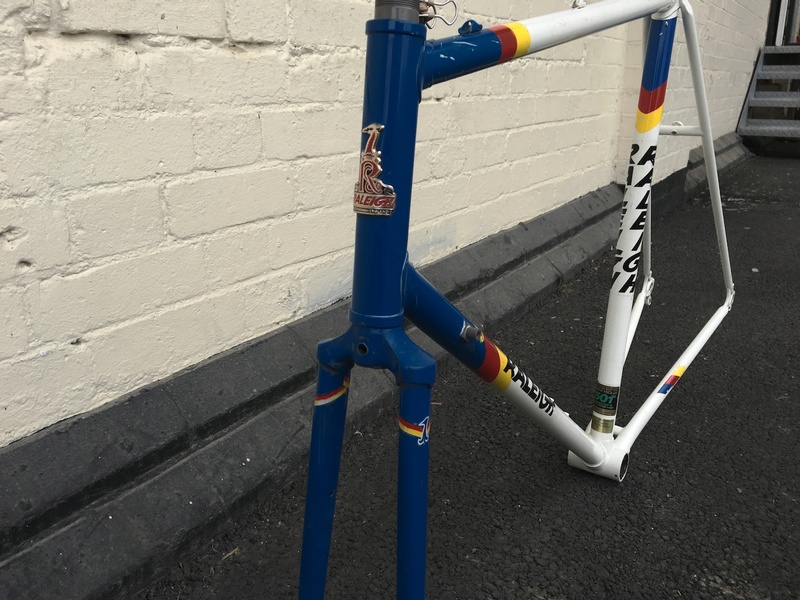 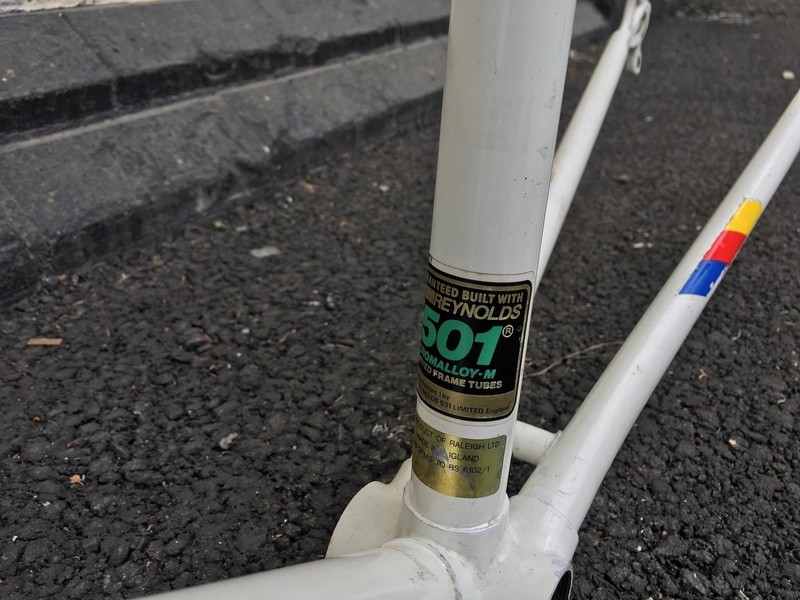 Just weighted the frame it's just above 2kg and 840g for the fork which have gipemme dropouts btw, weird or not ?

Basically what your frame lacks -

What your frame has (what a Corsa doesn't) -

Alas I am unable to help identifying your frame

Cool project, but as has been said not a Corsa.

For what it is worth this is my best guess.....

It looks like a 1987 Competition frame, painted in the team colours (probably at the factory). In the 1987 catalogue there was no team replica or corsa which was unusual, (could be sponsorship issues ???). They may have rushed these into production after the catalogue was printed. What makes me think all this is....

1) Frame and fork design
2) The striped Heron design on the forks (which featured on the team bikes. Celebrating the 100th anniversary ???).

As I have said I have no firm evidence for any of this but this is all just best guess, before anyone shoots me down in flames....

Hi guys ! Thanks a lot for your comments ! It truly helps.

So I guess not a Corsa, I wasn't too sure anyway, there has been so many bikes on this colour scheme (I even heard on some Kellogs ones on the colour of Team Panasonic).
Definitely not a Cadet, not a Corsa, maybe a resprayed one ? I am gonna send an email to the shop maybe they will know more ?

The Competition could be right, or it could be a custom one, I have read on this forum that lot of bikes from the Raleigh factory were different from the catalog versions.

Also the Gipemme dropouts on the fork may help identifying or the frame number on the BB : 76808

Are there any letters on the serial No. ?


kermitgreenkona88":3sha348j said:
Are there any letters on the serial No. ?
Click to expand...

No I haven't seen any number here is a picture:

Don't want to burst your bubble but there's not much pointing to Raleigh with that one, frame number, stay caps and braze on's all look wrong. By 87 some frames had Raleigh embossed stay caps and some had small sbdu style stay caps. They did use a similar fork crown but so did other builders (Dawes?). Looks like an older respray to me, those colours have long been popular and desirable.
You must log in or register to reply here.

What should I price this at to sell? - Raleigh 1991 Dune Dancer Reynolds 501 all terrain