PMP Cranks...what is the deal with them?

Bloody weird looking if nowt else...what was the thinking behind them and what was supposed to be the benefit of them?

I have seen pics and read forum posts from TT guys getting moist over them but no idea about them!
F

The bike in this thread's got the cranks:
http://www.retrobike.co.uk/forum/viewtopic.php?t=45104


From that thread, everything you wanted to know about bent cranks but were too afraid to ask: 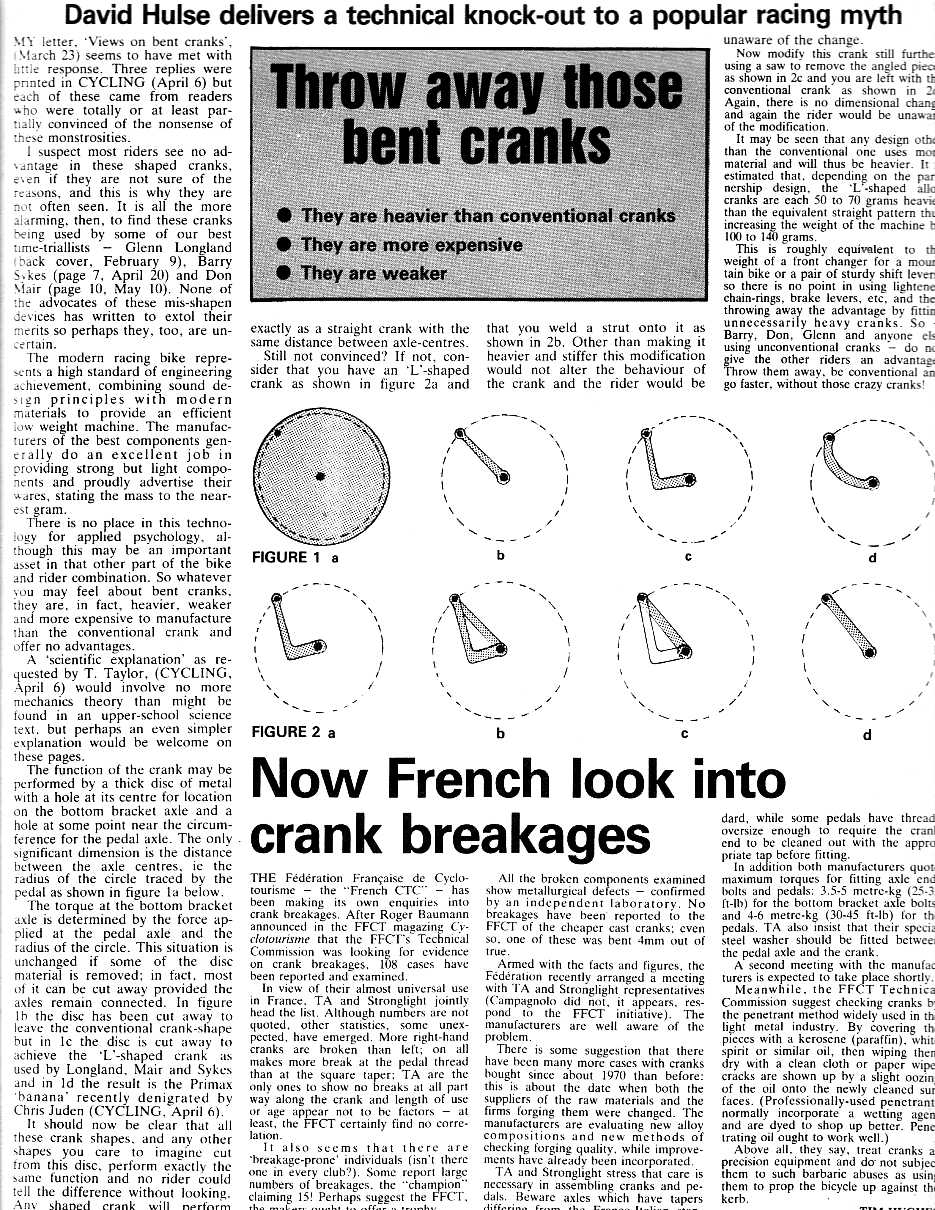 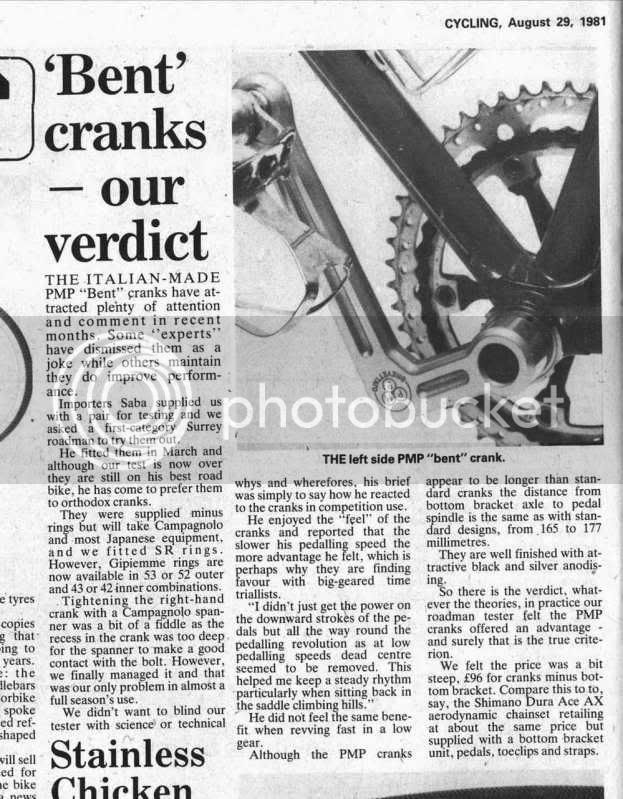 As usual, there's nothing new, how to ride long cranks without having long legs: 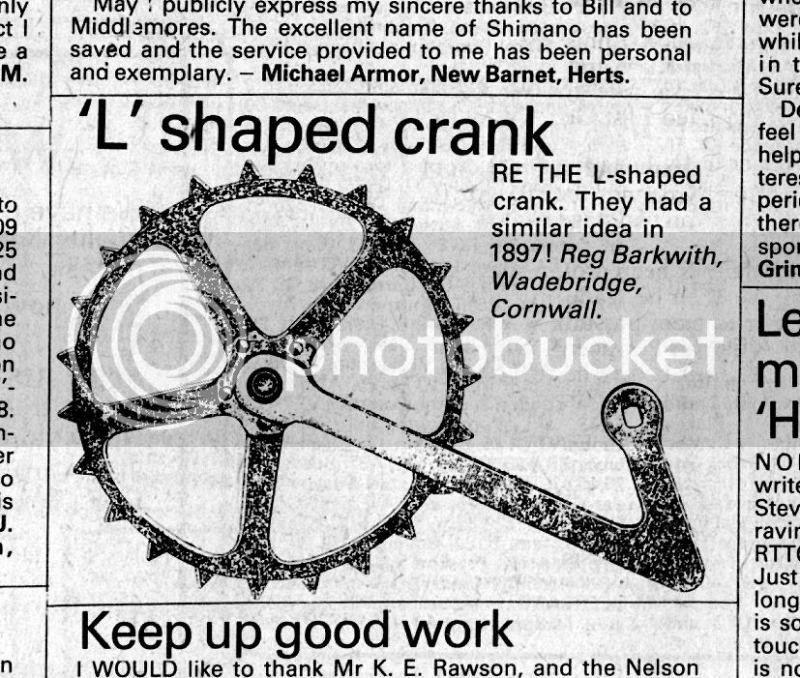 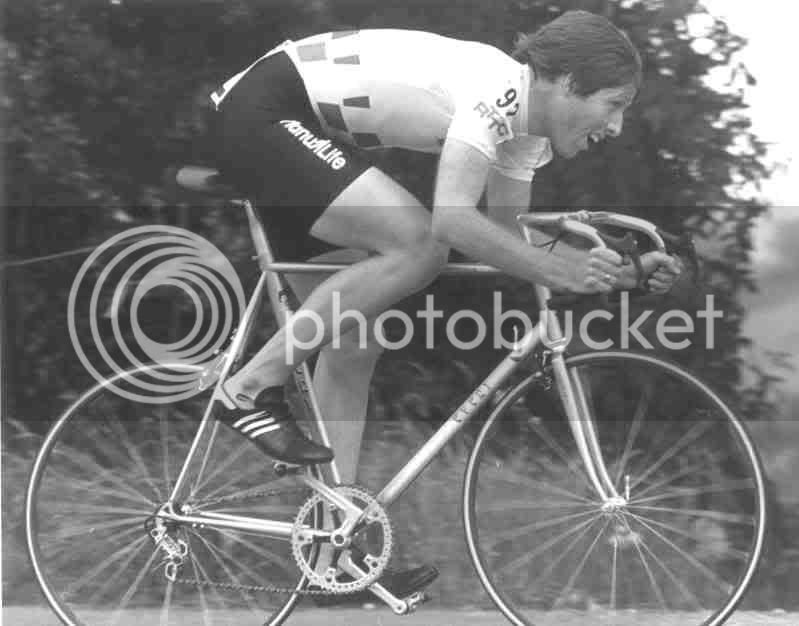 If you look at the crank with the pedal at the 12 o'clock position, it looks like if you push the pedal straight down you can still turn the crank, but of course you can't. So it's a bit like an optical illusion.

Some UK time trial riders like to use a huge gear and long cranks, and the bent cranks supposedly help with pedalling past the top dead centre, ie crank at 12 o'clock. Look at what the advert says. Don't know if anyone actually believed it though.
Y

It's blatantly obvious there is no benefit whatsoever, pure gimmick, biopace has more validity.
You must log in or register to reply here.

Wanted Something Special and/or Interesting In The 19-21" Frame Department.

Putting my money where my mouth is, for a good cause.