Due to limited space and a new project, I've decided this one has to go

I bought this last year, swapped the groupset to something more modern, and have ridden it a handful of times since then. It rides very very nicely, but I already have two other steel bikes from the same era and of the three, this is the one that has to go.

There are a few small marks in the paint, nothing that couldn't be touched up without too much trouble. Chrome is perfect, no rust at all. 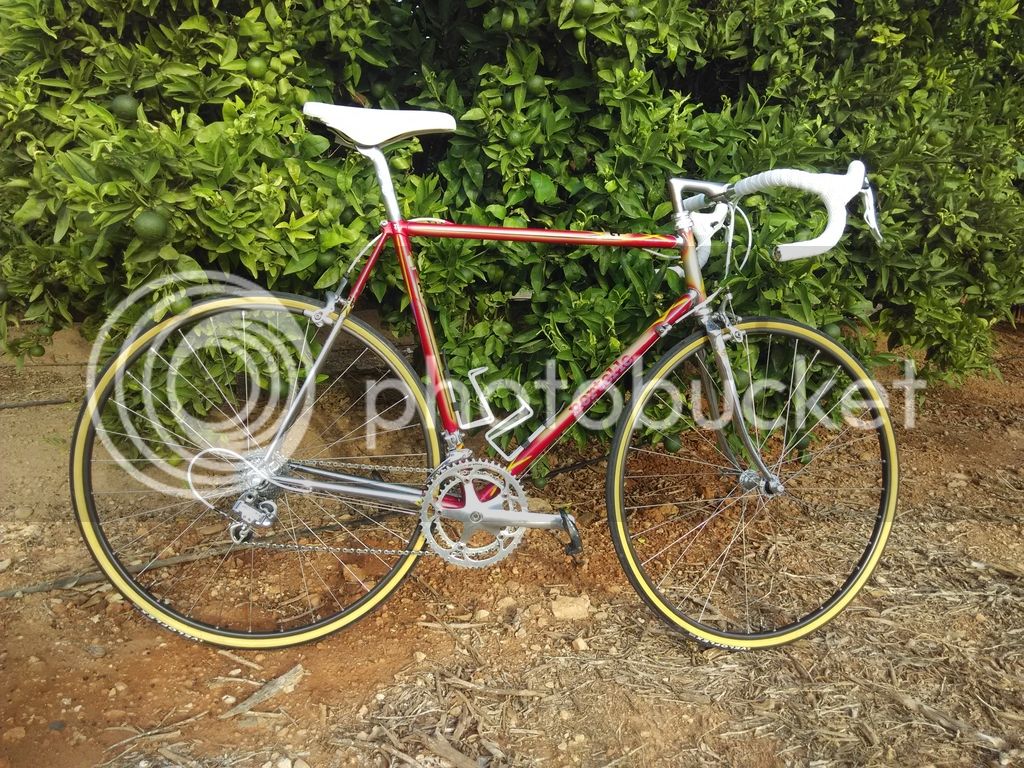 It's hard to put a price on this, so I'm going to say 450 GBP (frame and fork only) posted to the UK/europe from Spain, open to negotiation

So, I decided against selling this in the end, but after riding it last week, I've decided to let it go... I'm starting to ride "seriously" again, prefer my modern bike, and still have other retro bikes to ride when I feel like it. So, it's up for sale again! Nortel.le "SLX NEW" frame and fork, 58cm. Some chips to the paint and a little flaking around the seatclamp area and rear brake bridge, a few small spots in the chrome, but it really is in very nice condition, and rides very well too (I think it's stiffer than my caygill 653, but that might be all in my mind)

Initially just frame and fork, other parts can be negotiated but I do need most of them for an incoming project...

375 GBP posted to the UK/europe

pic of the current build (taken a year ago), will get some detailed pics up soon

Hi, Is this still available?

Yes it is, I will need to check postage costs though, as we're now post Brexit and I have no idea if they will have changed. I will be posting from Spain. Will investigate and let you know
1

still available at all?
You must log in or register to reply here.