Just to add to the above, never hurts to wind the spoke tension ‘back’ a turn and a half on each spoke ( start at hole) after dropping a small drop of oil in each nipple first. Stick a note of the wheel to say how much to retighten them before next use. Not lost a hub yet doing this.

Pipmeister said:
I had the same happen with a front Hope Hub, that looks like the same pedigree as your Rear Ti-Glide. I was on my bike at the time doing a fairy swift decent on a Farmer's Twin Track, so lots of room to manoeuvre the bike to a stop - still a bit scary though.

I think that I was in some way responsible as I had used DT Swiss Competition 2/1.8/2mm butted spokes, and these were very tightly tensioned. So I don't think I had anything to complain about using a 20 something year old Hub, which over the next few years did receive some design development, with beefing up the Flanges. I don't work for Hope by the way!

The bottommost hole has a small crack extending upwards, although this wasn't the crack that grew to become dominant, and eventually resulted in catastrophic failure. This is a good illustration of how there may be two or more cracks growing simultaneously, until one reaches the critical length, the fracture toughness of the remaining thickness of material is exceeded, and the flange suddenly gives way. I'd guess that the failure occurred in a rapid domino-collapse manner. Probably the largest crack caused failure at one spoke hole, causing load to be transferred to the neighbouring hole. As each hole cracked, the next hole and its crack became highly loaded.

This is why Hope switched to a forged billet with CNC machining, rather than just starting with an extruded raw material.
I think this has been the norm since the Pro2 hubs. 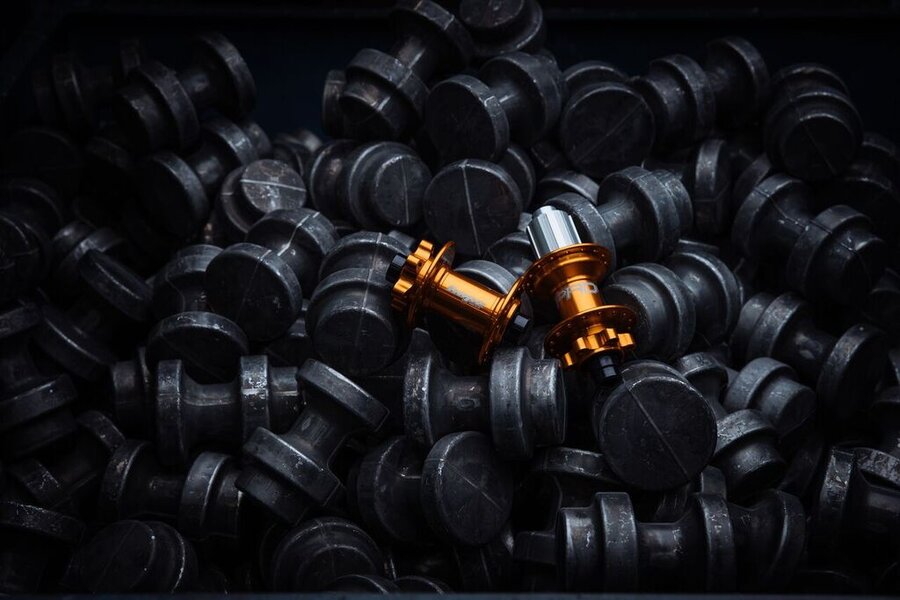 Companies such as Shimano turn out millions of hubs with an even closer net forged billet, in which the grains are even more closely aligned with the final form surface, so are far less susceptible to stress or corrosion cracking.

Once A Hero said:
I have a small display of cracked/broken Hope hubs, and a further couple of cracked hubs now being used as light pulls in the house.
Click to expand...

Interesting idea, have you got a photo of the light pulls?

mk one said:
Interesting idea, have you got a photo of the light pulls?
Click to expand...

Pretty straight forward, and fits the hand rather well! The missus added a button of some sort so that there wasn’t an unsightly string dangling below.
The other in the house just has a bigger knot so it can’t slip off the cord. 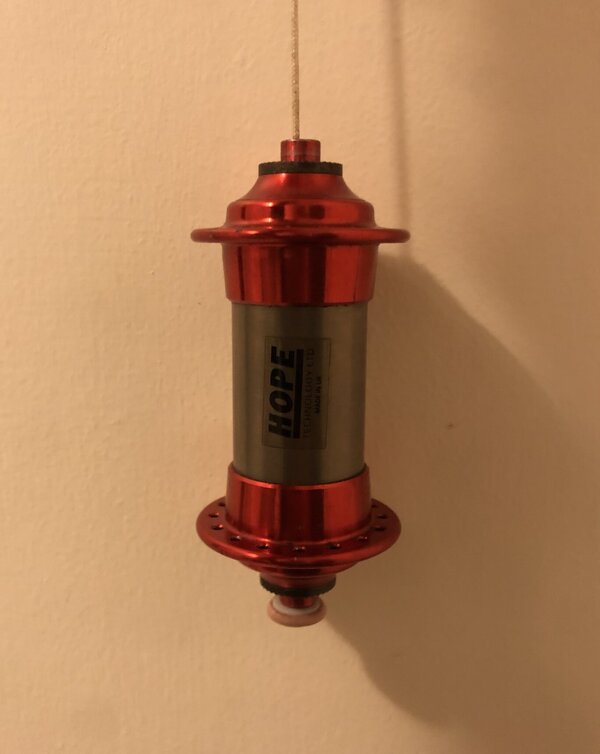 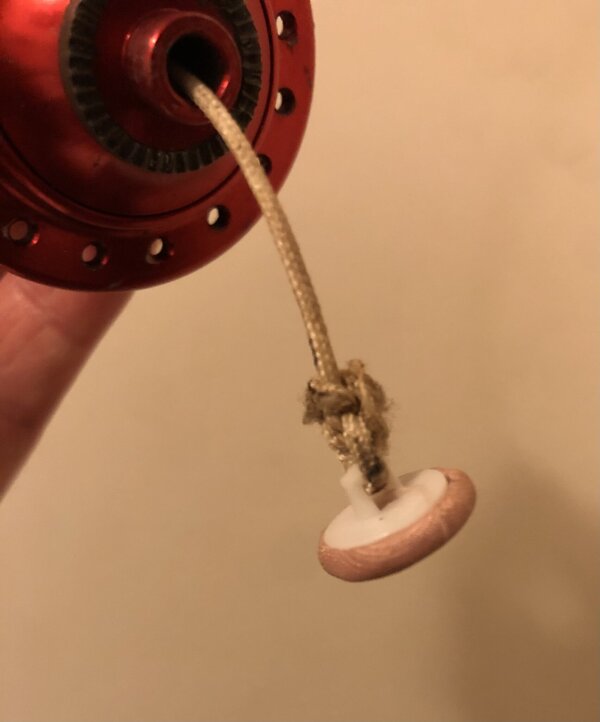 Either way, anyone got Ti Freehub bodies (TiGlide ones) they don't need, need to replace some cracked ones.?
You must log in or register to reply here.