With a heavy heart I'm selling just about my favourite thing in the world - my beloved 1997 Stumpy M2! 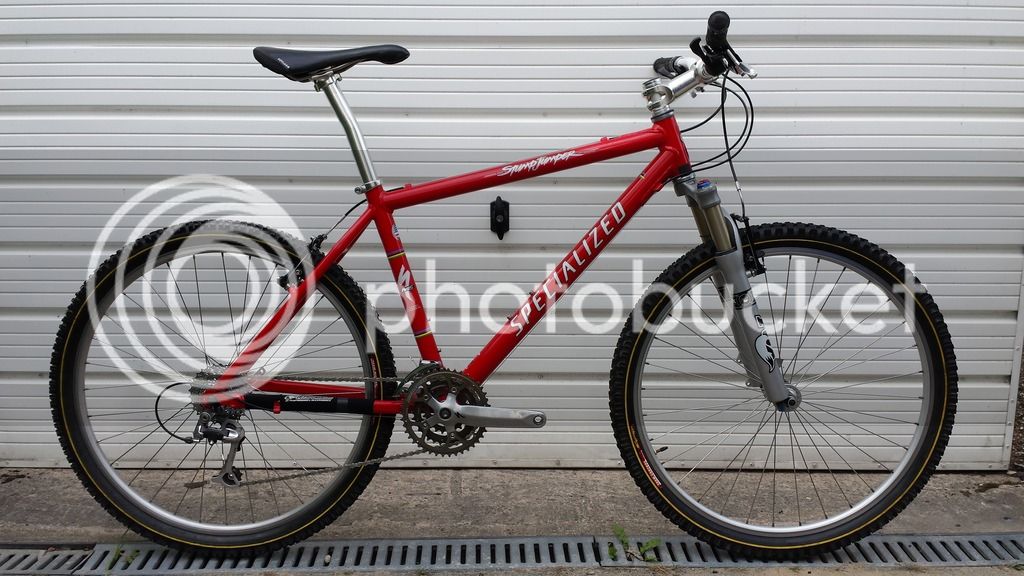 If like me you were an impressionable teenager in the 1990's Jason McRoy was the coolest guy on the planet and a red Stumpy M2 was THE bike to have. I had one new in 1997 and sorely regretted selling it so when my friend found this one for a sale a few years ago I knew I had to have it.
The previous owner had it fitted out with slick tyres and was using it as an occasional commuting bike (sacrilege!) but on the positive side that meant that the bike had seen very little offroad action and was consequently in great nick.

Hopefully I've whetted your appetite so here's some more pics: 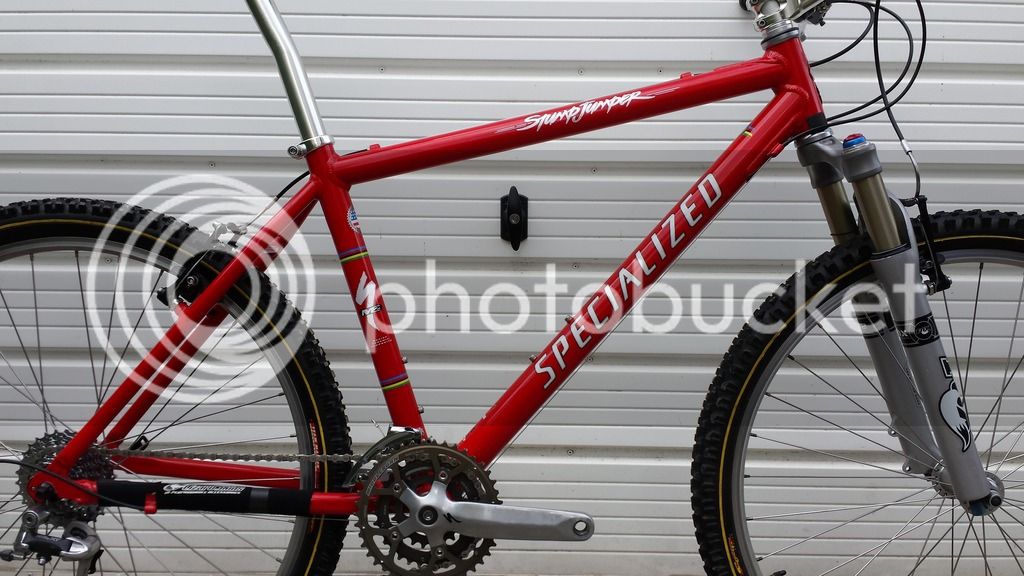 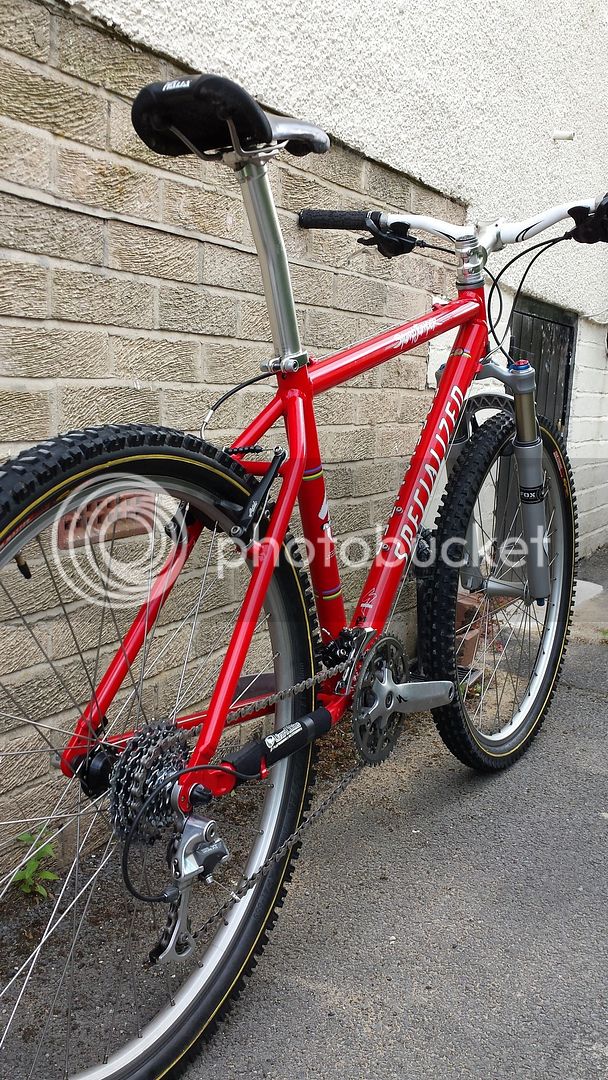 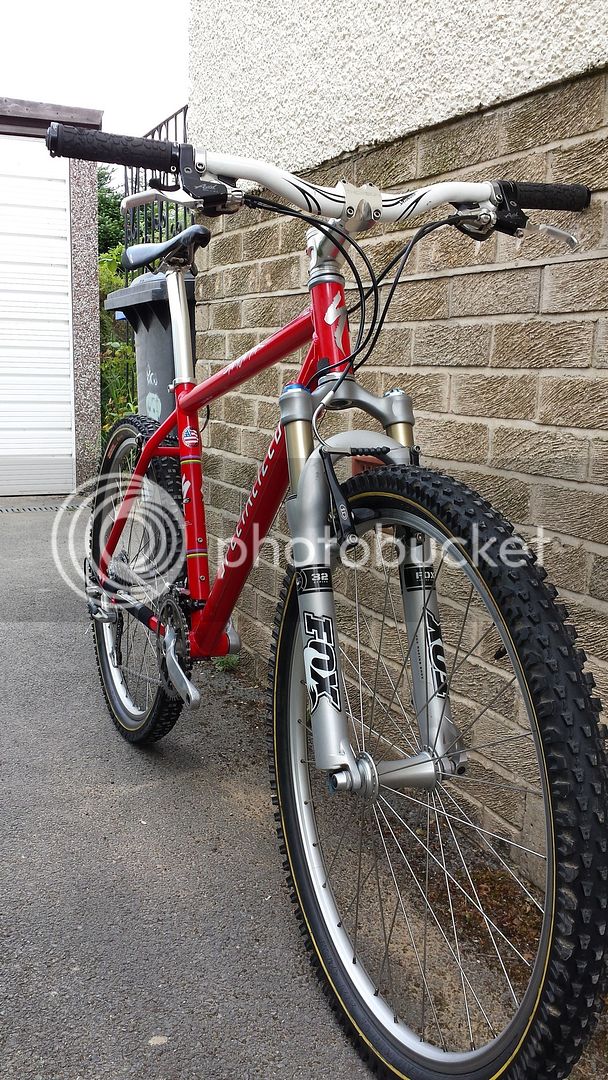 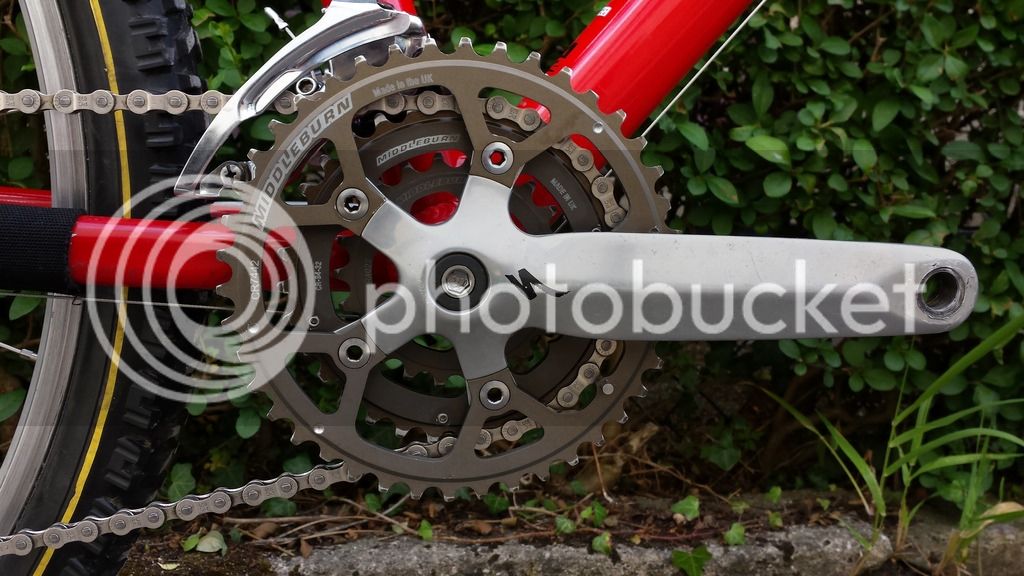 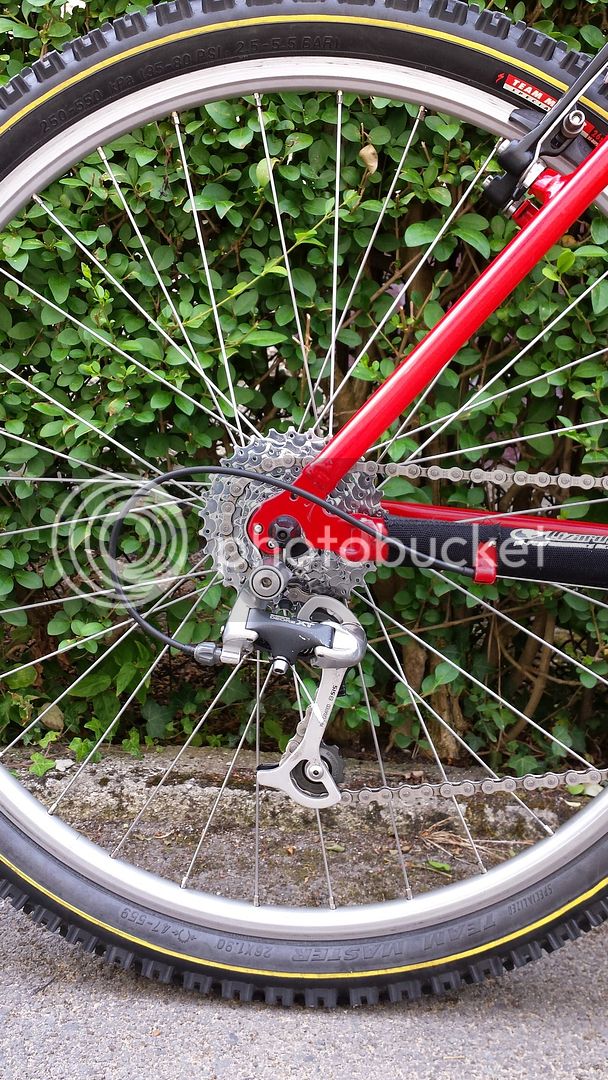 The frame is certainly not 100% mint but considering the age it's in very good condition. Unfortunately the paint on the drive-side chainstay is badly chipped but is hidden by the chainstay protector. Elsewhere are the usual odd scuffs and scrapes but overall the condition is really very good and I think you'd struggle to find a better one.

I've made some component swaps to the bike but I still have the original elastomer Manitou fork, flat Ritchey bar and Ritchey post which I'll include with the bike.

When I got the bike the chain was badly worn and had taken out the middle ring and cassette. These have all been replaced and have been barely used since. The chainrings are Middleburn slickshift hardcoat fitted to the original Specialized Strongarm cranks.

The original Ritchey seatpost was badly scratched and has been replaced with a lovely Thomson elite which I think really suites the bike and a I added a matching Thomson Elite X4 stem (100mm).

Fitted to the bike is a pair of more modern Fox F80 (recently serviced) which as you can imaging transform the ride (for the better!). So the options are there to use the superior modern fork or revert back to the original spec.

Please note the Flite Ti saddle pictured is NOT included (sorry but it's may favourite).

I know that's not the cheapest M2 but this bike is ready to go with no nasty surprises. I'm an ex bike shop mechanic and everything has been stripped down and serviced and is in excellent mechanical order so you won't find yourself having to spend any extra money to get it up to scratch.

I live in Sheffield if you would like to view the bike and whilst I'm not willing to risk sending the bike with a courier I'd be happy to deliver it myself to almost anywhere in the UK if my fuel costs are paid. Feel free to call me on: 07813 695 159

Regards, Mike
You must log in or register to reply here.