Bristol residents might remember "Bunker Bikes"- a brick built shed next to the Create Centre where a fellow called Harvey presided over some olde bikes, many not working terribly well. About 7 years ago, he was moved on to a site at Temple Meads, then a couple of months ago, I heard via a friend that he had to move out of there and all the bikes had to go.

I popped down with a friend to find Harvey sleeping under a tarp, fearing an early morning eviction from Network Rail. He claimed not to have any knowledge of this clearance sale, but said we'd be fine to have a look around and make him an offer for anything that took our fancy.

He then let us in to a large room, maybe 30m long crammed floor to ceiling with bikes, many up on scaffold racks with no means to get between them. It was like moonwalking through brambles. Any idea I had that this would be a Retrobike haven quickly evaporated. There was just too much stuff, too much of it was broken, supermarket quality rubbish, there was nearly no light and there were broken ceiling tiles and pigeon poo everywhere. And then there was room two... 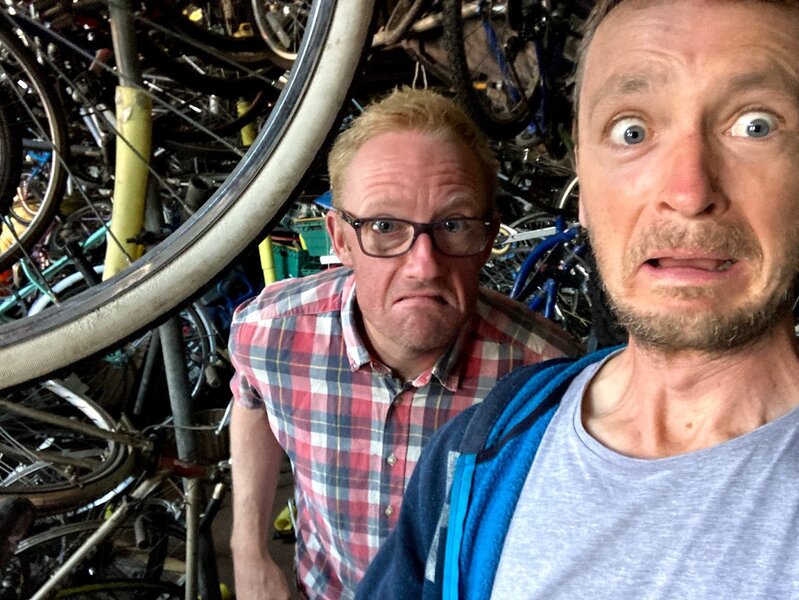 Anyway, much, much searching over a couple of visits did lead to the discovery of some treasure. Behold- my 1990 GT Tequesta in "Wild Fiesta" finish.... 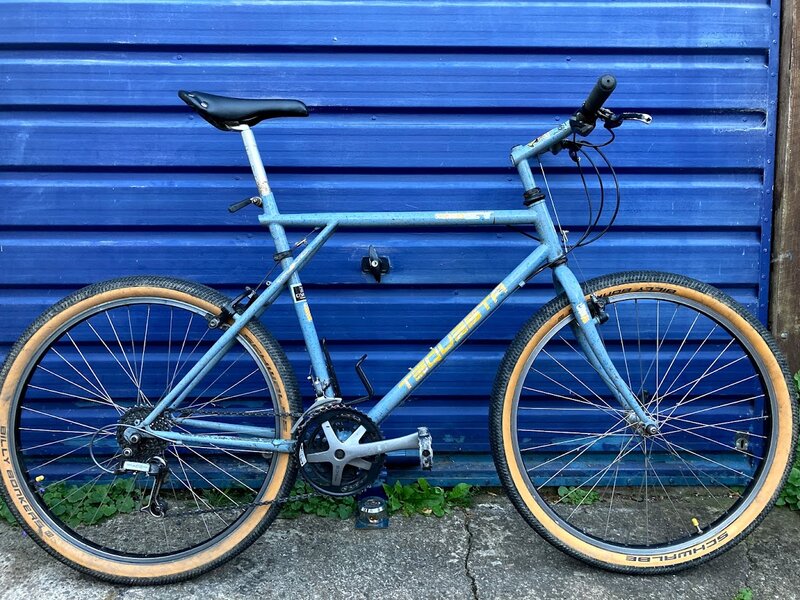 I haven't really had to do too much for it. A fresh set of tyres, a couple of new cables, a fair bit of cleaning. I didn't really like the X-Press trigger shifters that much, so I've swapped them out for some similar vintage XCT thumbies.

The same mate I have become a bit obsessed with 1990s GTs recently- we took the Tequesta and his Tequila Sunrise Karakoram out for a ride the other day and tried to mock up a phot from the 1990 catalogue: 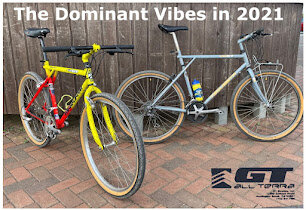 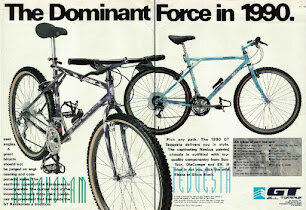 Hope that's entertaining for some of you. Find 2 was a bit more complex, I'll try to write it up soon.
F

Looking forward to part 2!
You must log in or register to reply here.