Old Fiorelli made Coppi frameset with DALLA LIBERA decals. Fork crown has Coppi inserts. Italian threaded steerer and BB shell (70mm). Dalla Libera bike shop sold bikes in the region (Latina, Italy) with their own branding. I cannot find a similar fork on any 70's Coppi or Fiorelli bikes, only on 60's and earlier. I assume it to be Columbus tubing ("SL" type?, frameset unweighed but a lightweight build) given the ribbed steerer tube and it taking a 27.2mm seatpost. Campagnolo dropouts front and rear. The rear DO's are long slot model similar to the early 1010 model with the same shaped (not round, see photo) machined surface at the hanger, but the hanger on my frame is not drilled for the spring, nor are there any eyelets. Also, the bulge where the adjuster screw penetrates the dropout is nearly flush with the machined surfaces (inner and outer) which are different from other Campagnolo DO's having a defined offset between the machined and unmachined areas. The only other bikes I have using similar (but not matching) long slot Campy DO's are from the very early 70s or earlier, although I know those were used through the 70s-early 80s. I have been told that it would be from the later 70s given the under BB shell cable tunnels, TT guides, stay stop, and bottle bosses, but no shifter bosses (has DT underside "stop" tab for shifter clamp band). Braze-ons may have been custom for that bike shop's inventory, or for a particular customer. A mystery since without those braze-ons the frame would most likely be considered early 70s at best given the fork design. The workmanship on the frame is well above average from what I can tell with it painted. The only stamping is "53" on the BB shell which correlates to its seat tube length (c-c or 54.5cm c-t; TT 54.5cm c-c).
I am curious as to the history of the fork crown if anyone can shed more light on that subject regarding when it was no longer used (late 60s?) for forks. 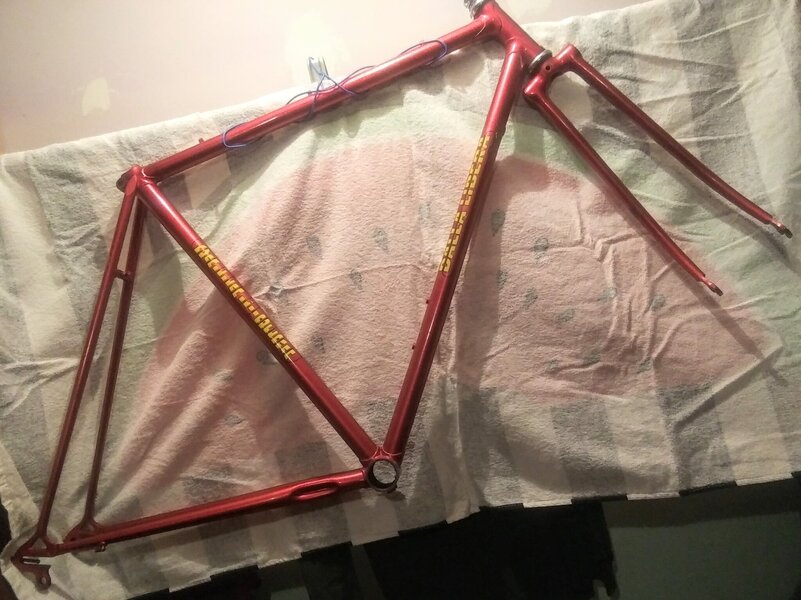 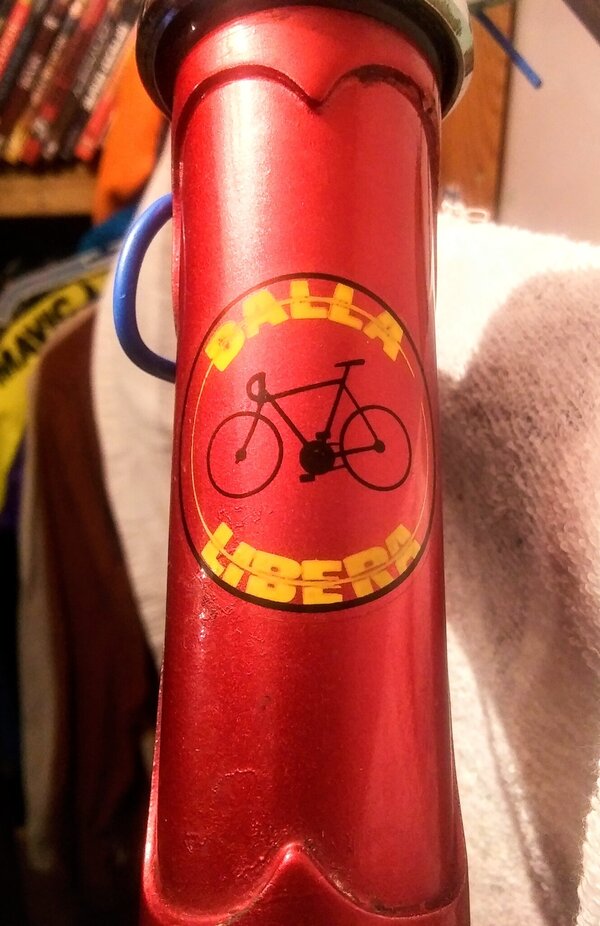 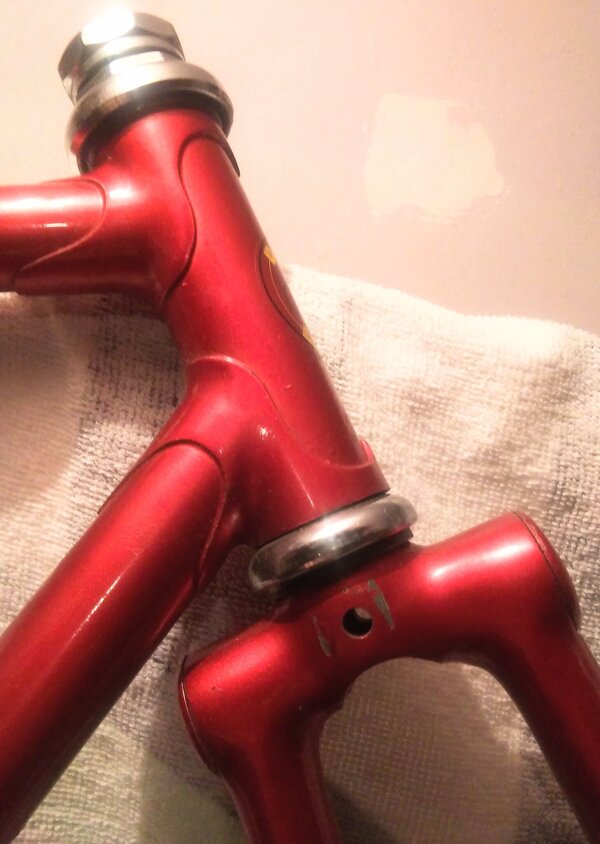 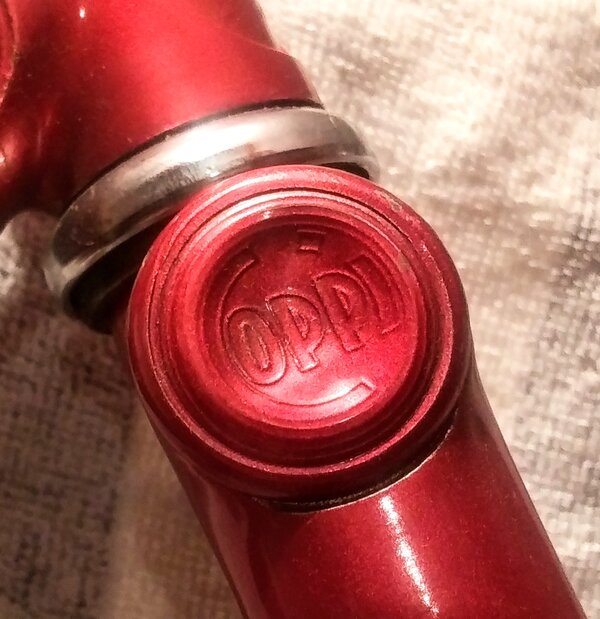 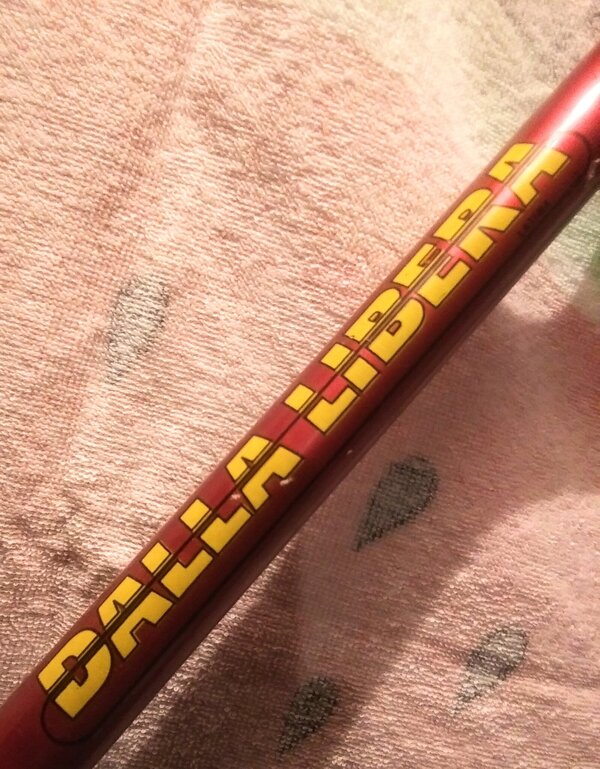 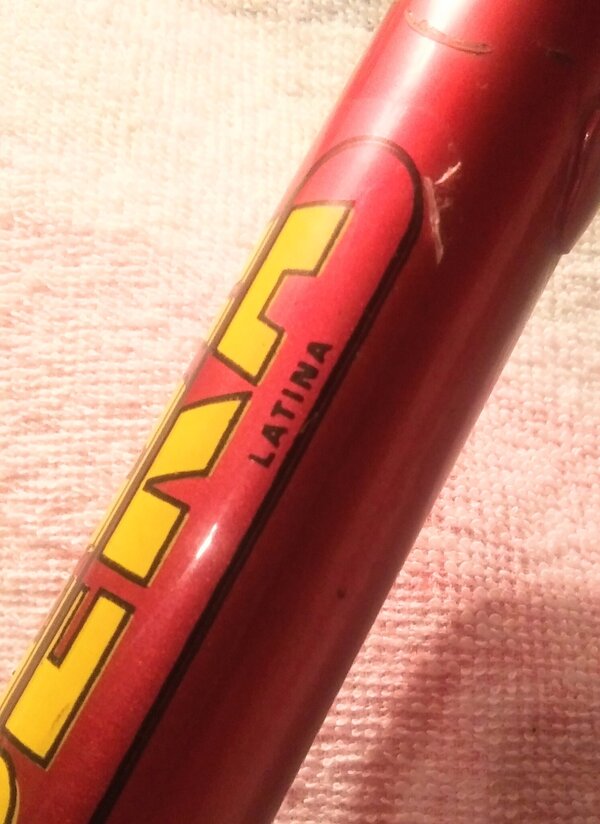 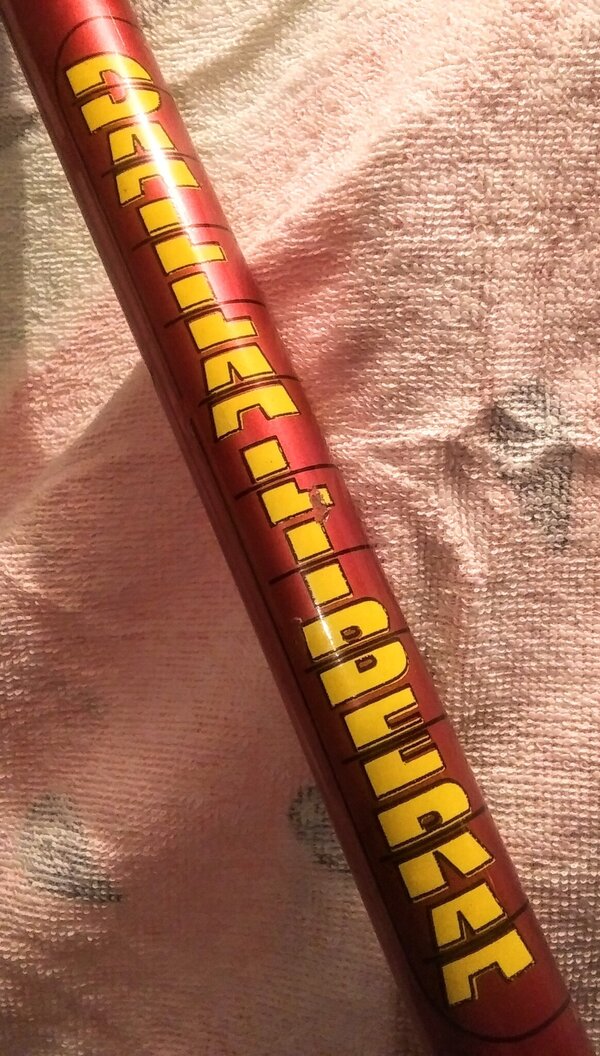 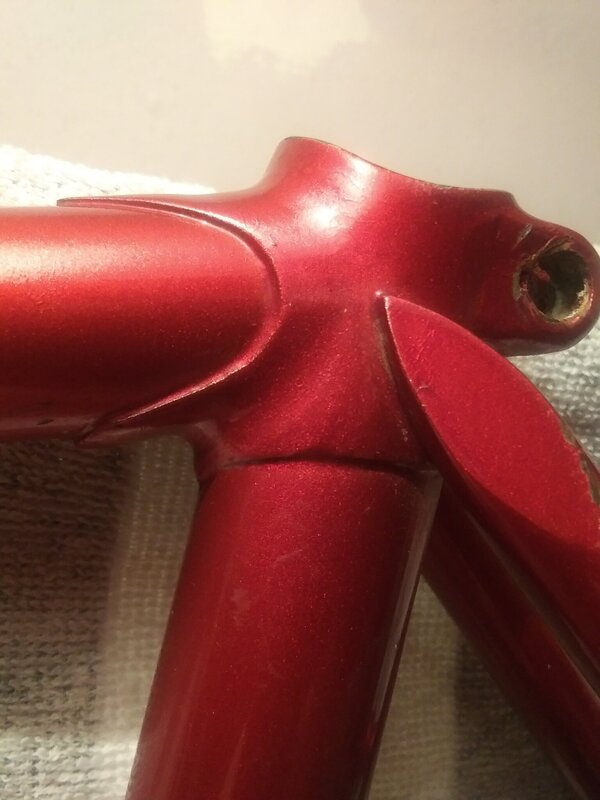 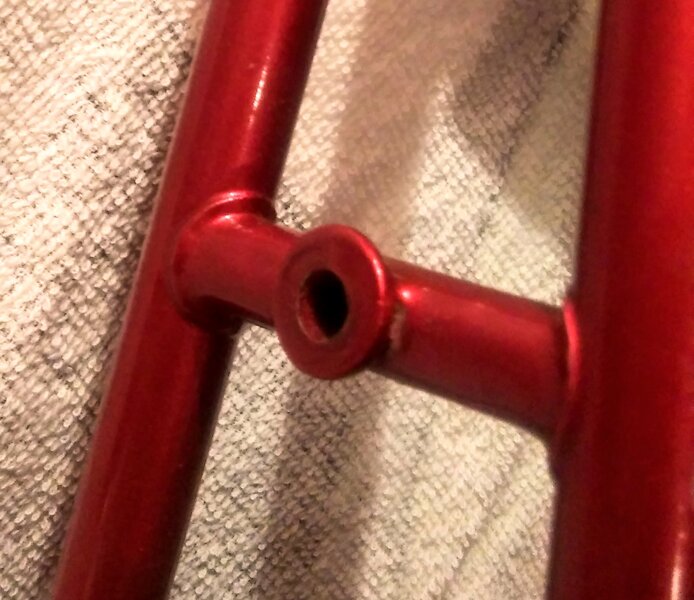 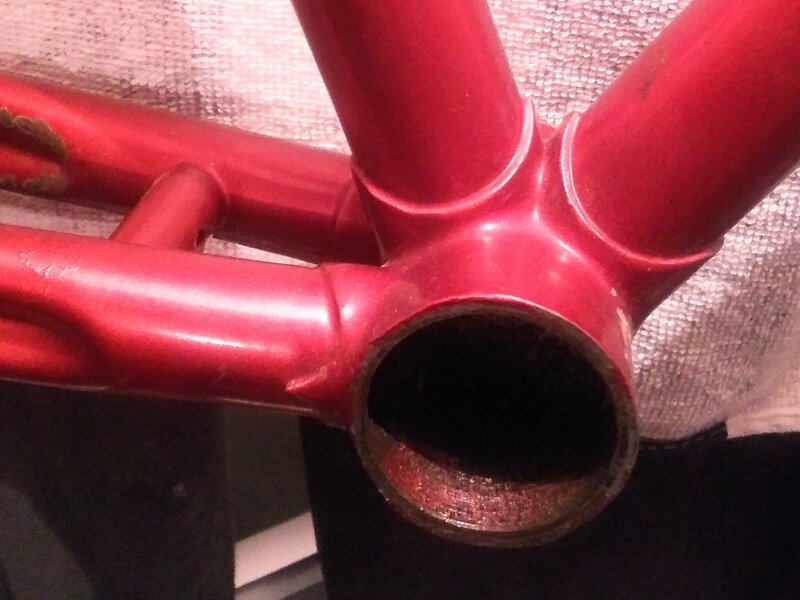 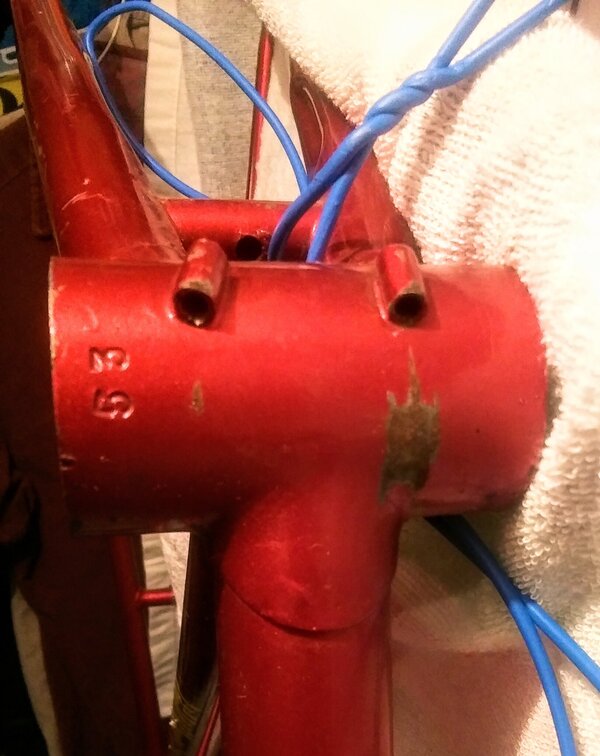 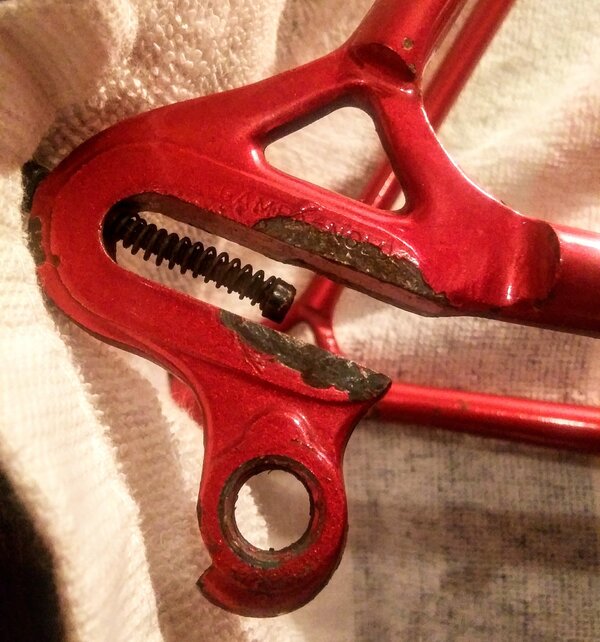 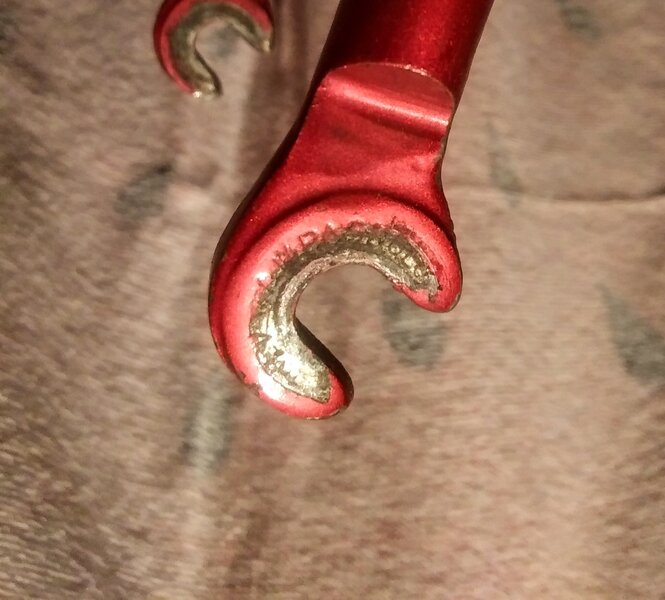 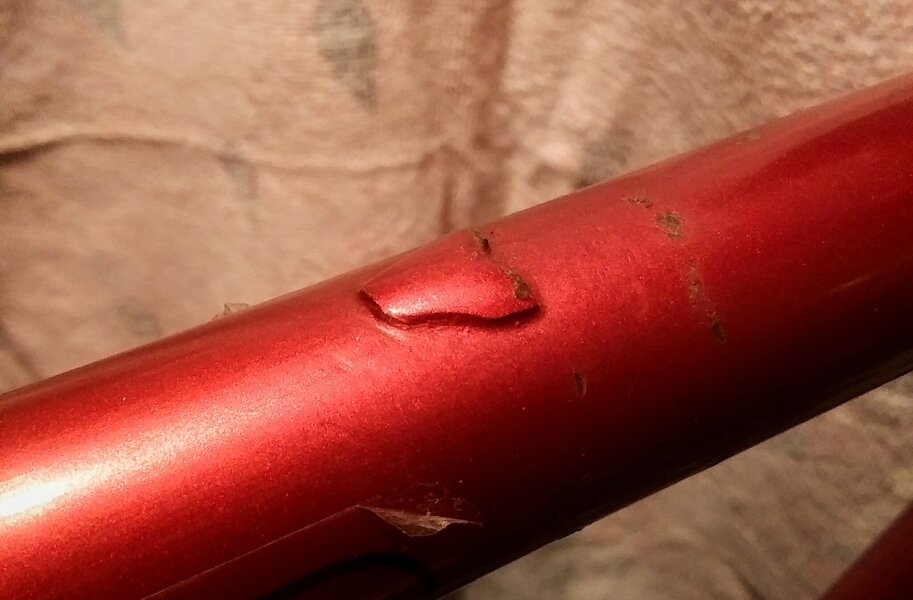 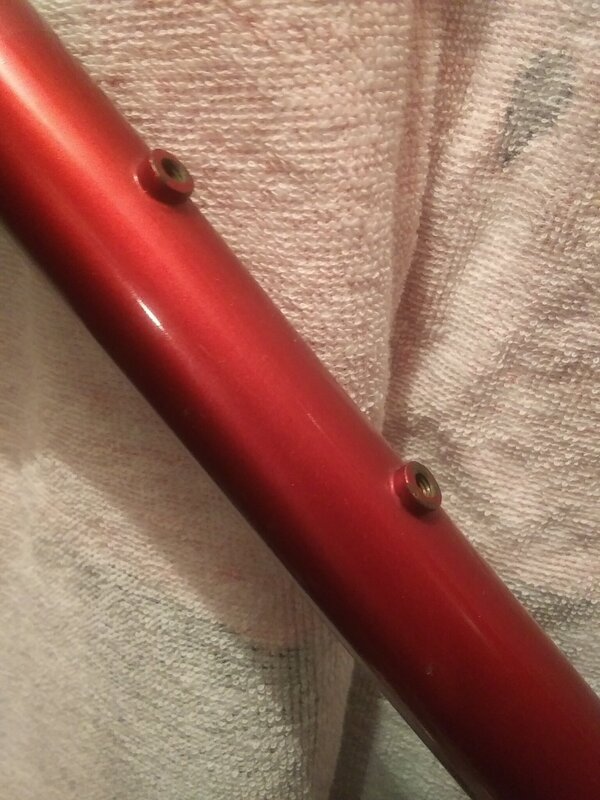 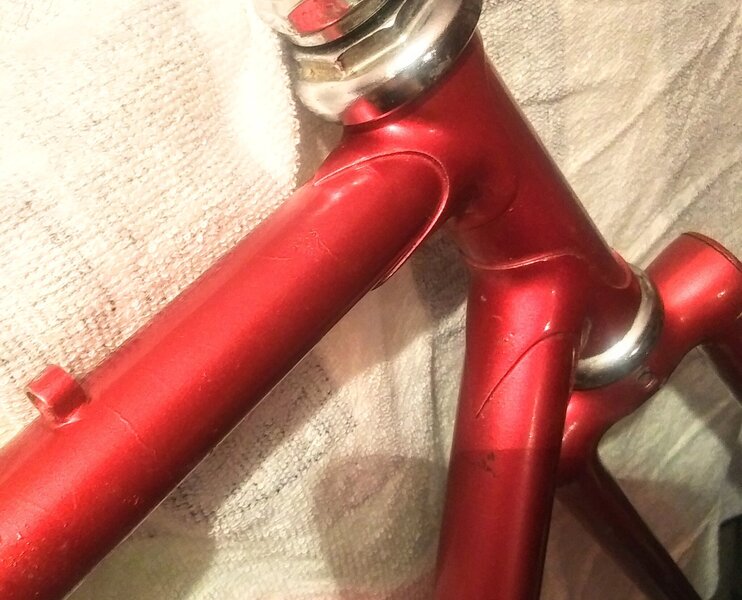 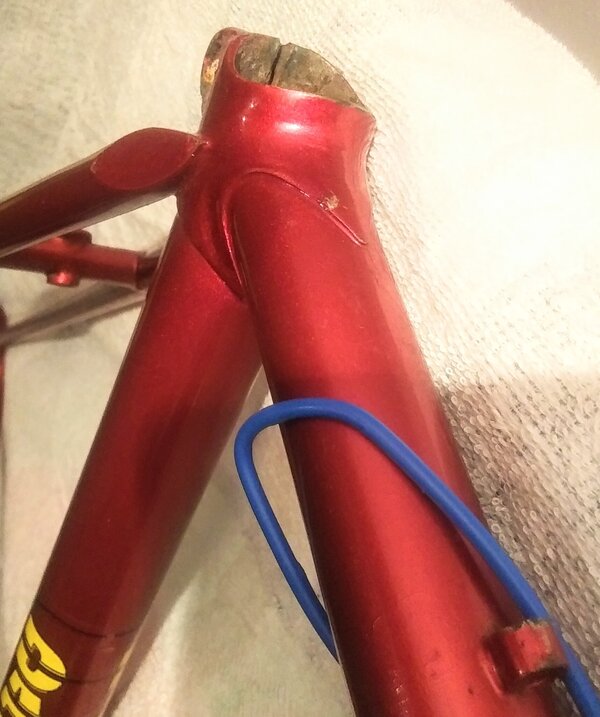 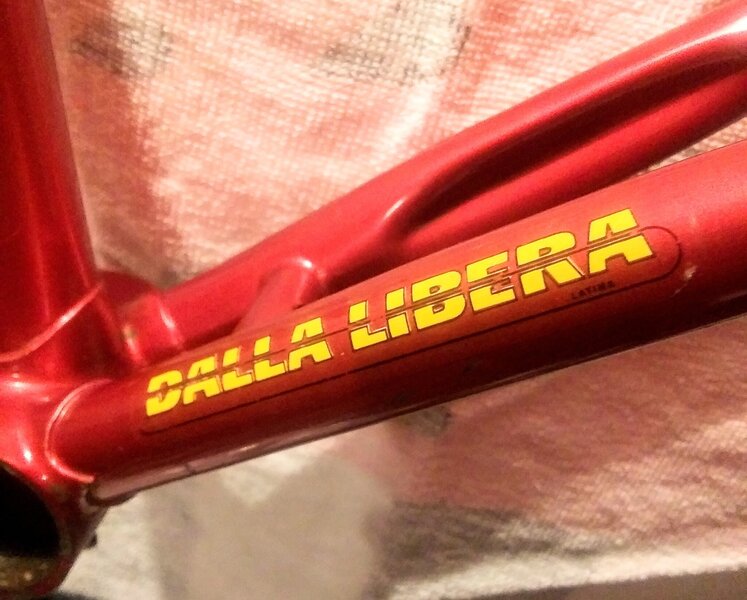 Never heard of that brand. Repainted and rebranded? Given that the "Coppi" emblem was painted over (seemingly as to obscure) it would make sense as to It being "professionally" rebranded for new sale under the DALLA LIBERA name. It looks like a decent frame, but I have no idea as to a year. If you (or others) say it can't be from the 70s due to the fork than I can't necessarily disagree regardless of the braze-ons. Plenty of bikes earlier than the 70s had an array of braze-ons used so it is hard to date a frame just based on that alone; I have seen a late 50s-early 60s bike with internal cable routing most think to be from the 80s designs so again not always an accurate gauge of age without taking into consideration all the features and any known history. The braze-ons seem fairly simplistic (early style?), and might indicate a special request over a stock frame without braze-ons. What is the spread of the rear fork? That should at at least indicate whether it was a 5 or 6 speed set-up (unless re-spaced).,
J

Original paint and decals as sold when new. 121mm rear fork. I would presume a 5 speed, but the previous owner provided information that it had a 5 speed FW with Campagnolo Record drivetrain.
You must log in or register to reply here.