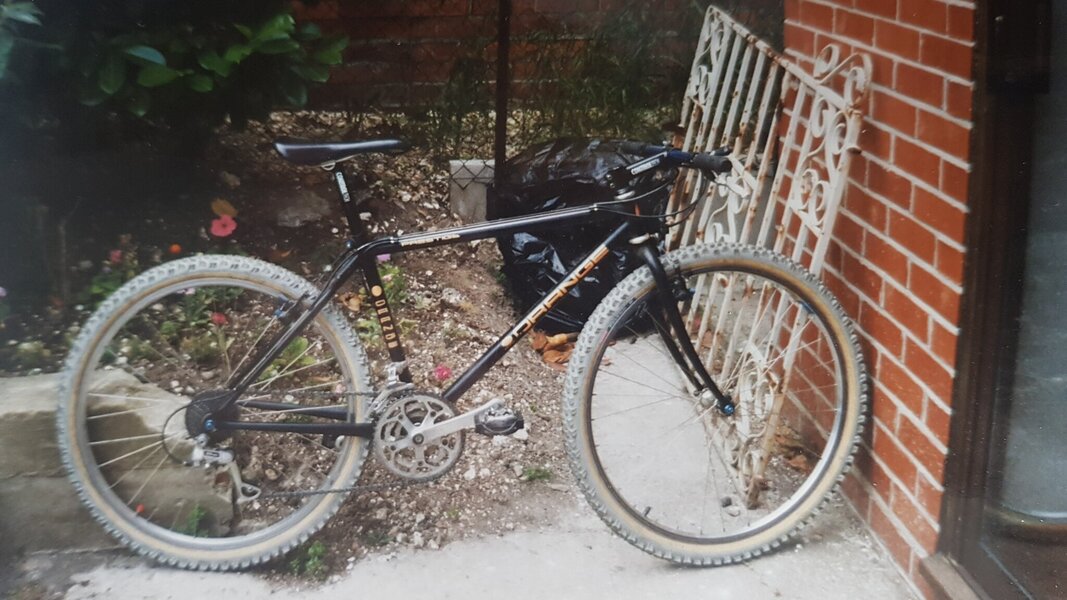 I need to start a thread, or it will get too far along and I won't until it is finished.

I'm in the process of collecting parts to create an homage to my first decent mountain bike, an Orange Prestige;
As shown in the attached photo, from around '94, it is what I remember as being a '93 Prestige (spec below) with a lot of earlier DX bits and Controltech thrown at it.

It weighed about 24lbs, which was probably lighter than all my friends bikes at the time. I had good fun riding it, and pretty much went everywhere on it for about 4 years, including some XC racing.
I sadly sold it when I started doing more DH related riding as it wasn't really compatible, and have regretted since.

It had a lot of upgrades over the next few years, including a newer LX groupset, blue hope hubs on blue (I think) 217 SUP (radial front, snowflake rear), shorter azonic CNC (or copy) stem, Club roost riser bars and Magura HS33s.

The plan was to build up a version (or reasonably close) of it at it's best, but I haven't been able to source the frame. During a brief discussion with a mate he mentioned getting a model higher in the range, a bike which at the time I would never had bought as it was too expensive..... so that's what I have done....

Oooooo, interesting! What have you gone for, Vitamin T?

I have a Clockwork in the same colour and with the same decals as your Prestige, came with full 93 LX.
J

The story of your Prestige sounds spooky similar to my own Prestige, think I sold mine around 2000 to get a full-suspension GT

The new frame sounds like it could be the top of the O-Range?

Signing up for this.

Always love a bringing something back from the dead thread!
B

I never contemplated getting one back in the day, it was just too much. I justified the increase in cost this time, by telling myself it wouldn't need a respray!

I'm also going to go for some other parts I couldn't afford at the time, and I'll put a proposed spec up and show a bit of what I've done so far.

And so the spiral begins.
Because you'll spot the 93 prestige in the frame size you need now at some point
And then Ooo I liked them too and that's fancy and I wonder what if it did...
And then you end up riding with a few on here and..

Vit T is an easy guess, mainly as the range was Clockwork - Prestige - Vit T
and them Alu frames.. Aluminium O - Elite running parallel*... And a road bike.

They kept things simple back then.


*price wise. It would technically put the Alu frame between Prestige and VitT but not in reality ;-)

FluffyChicken said:
And so the spiral begins.
Because you'll spot the 93 prestige in the frame size you need now at some point
And then Ooo I liked them too and that's fancy and I wonder what if it did...
And then you end up riding with a few on here and..
Click to expand...

The mission creep has already begun; I contemplated going down a purple path, and as such have a Purple Hope hubbed front wheel (with a matching rim, on an LX hubbed rear), and I've got a few stems, fork and mech options for no real reason other than they were bargains.... almost enough parts if I wanted to build another bike....
And I still have my eye out for a Prestige frame. Just in case....

be careful they just end up appearing!!

But get a good one and they are Lovely Things.

Interestingly, I contacted a key player in the UK bike industry about the 30th anniversary Orange Ti frame and they said ‘ah...we stress tested the lugs which they are using and decided not to use them....’

lovely looking bike....but not slack enough for me these days... 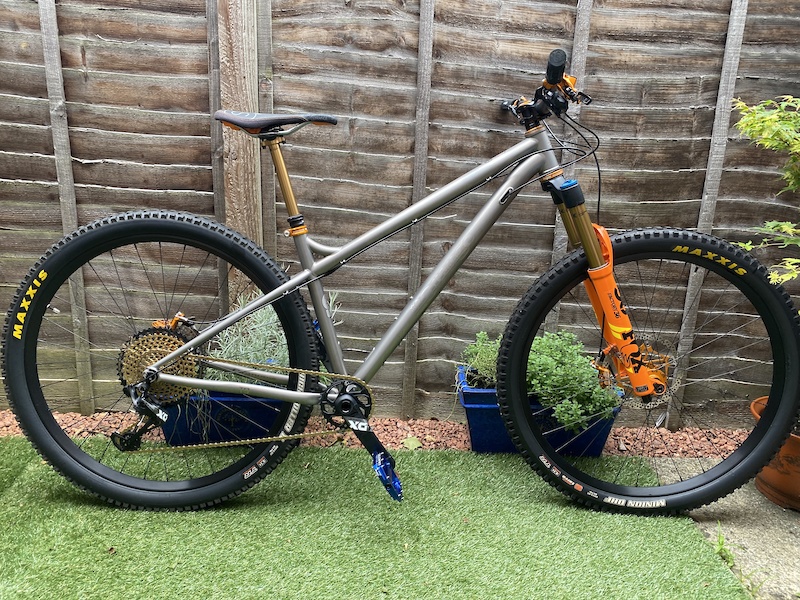 
And back to the Prestige in the opening post. Gorgeous. Steel and real.
You must log in or register to reply here.