I have just spotted this thread and thought my 2008 Roughstuff would fit in here. I had wanted a do it all on/off road touring bike, something like a human powered version of my BMW GS motorcycle that was a good alrounder, I had also decided to splash out on a once in a lifetime bespoke bicycle built for me to my specification and thought the Roberts Roughstuff would fit the bill.
I had a list of specification including Rohloff hub, disc brakes and front suspension, an appointment was made and I visited their shop in Croydon to be measured up and discuss my requirements, three months and a lot of money later I got my bike.
Although with hindsight I really did not know enough at the time to buy a bike like this the people at Roberts got it more or less spot on, I guess that is what you pay for and it is still my primary bike for touring, rides through the lanes and bridleways where I live and fetching the shopping, it does everything I had wanted it to.

The specifications are as follows

The frame is fillet brazed Reynolds tubing, made for 100mm travel forks with Paragon sliding dropouts for Rohloff hub gears.

The original forks were Marzocchi Bombers but they seized up after a few thousand miles and were replaced with some nos Pace RC40 which are slightly too long but I really don't notice, I recently missed some nos RC39 on here which I would have liked to try. The stem is uncut as I like a very upright riding position.

The origial Stronglite cranks were replaced with Middleburn and Hope external bearings when the original bottom bracket wore out, most of the other components are Hope which have been excellent and are still original. The seapost is USE, Brooks saddle, Lion bell and Nitto handlebars finished off with Ergon grips.

The orginal Mavic rims are still going although some nipple holes have cracks on the rear which I am watching and have a new rim for when the time comes. The Rohloff is brilliant although it does put some weight at the rear of the bike.

I have used it for a tour of Southeast Asia and Southern India but mostly closer to home along the canals and bridleways of Southern England, the Kennet and Avon canal and South Downs Way being a couple of favourites.

Here it is minus the rack and other touring kit with road tyres. 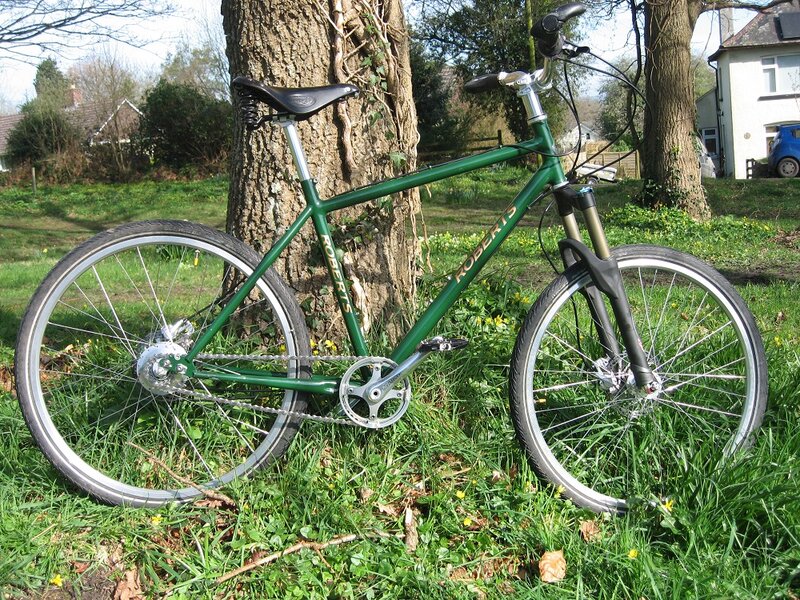 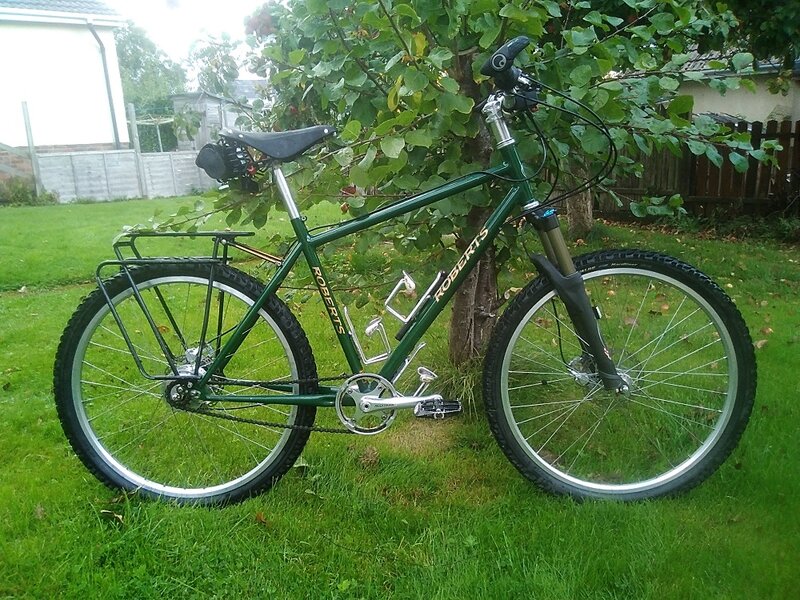 And about to tackle the 36 hairpins and 2,300 metre pass that leads to Ooty in Southern India, I admit to pushing up some of this. 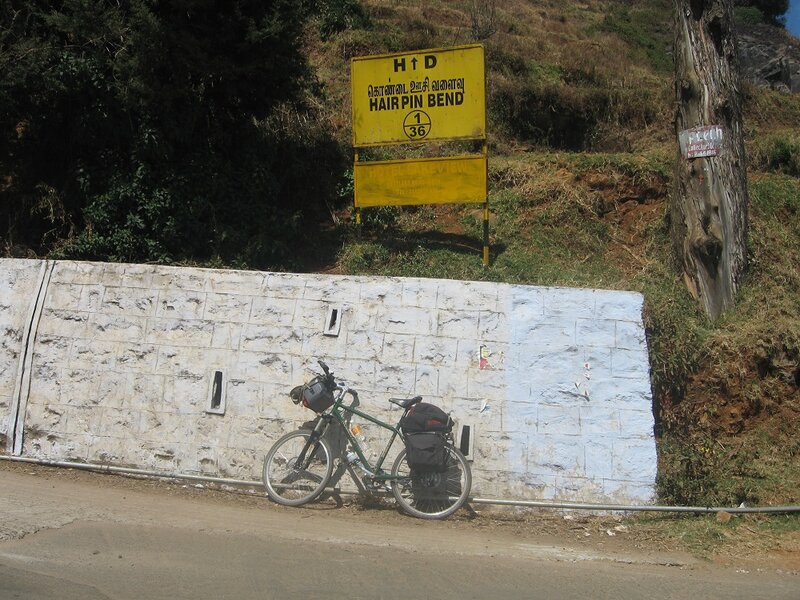 That look very nice, would be interested in hearing about your South Downs Way adventure

widowmaker said:
That look very nice, would be interested in hearing about your South Downs Way adventure

I have done it three times now, the first being the full length from Eastbourne back home to Devon on a Falcon road bike I had fitted front suspension to, an odd set up that inspired me to get this bike. The second time was from Guildford on the Downs link and west from there and last year I tried following the North Downs Way as much as possible which proved to be very hard work including carrying the bike up a flight of steps and after two days I got fed up, took the train south and picked up the SDW near the start and followed it for a couple of days before taking the train home.
It is a fantastic route with wonderful views across the Weald and out to sea and away from the car parks there are few people and some great camping spots. My advice would be fit low gearing, front suspension unless you have big wheels and tyres and carry plenty of water as there can be some distance between supplies.
I am trying to find some photos but my camera died on the last trip and the others are here somewhere.
W

Love this. Form following functional and a sprinkle of personal preference, makes a really handsome ride and exactly what bikes should be all about! Trips near and far sound pretty great too.

Also well impressed that it was only 3months from brief to delivery, I've had two bespoke with two builders over the years both nearer 12months...
B
You must log in or register to reply here.