A while ago I took a punt on a Salsa Bandito frame I saw advertised. It's a crossover model, so it has v brake pivots as well as lugs for a disk, and routing for cable and hose.
After a mate found a Pace fork, I decided to go the disk route, with a pair of Hope minis.
An XT m770 groupset was collected, and the build progressed.
It's ended of as a nice bike to ride.
Now decided on a couple of improvements, I'm swapping the brakes for more modern mono M4s.
And the Crank Brothers double shot pedals, end up starting out on the wrong side too often, so going for flats. 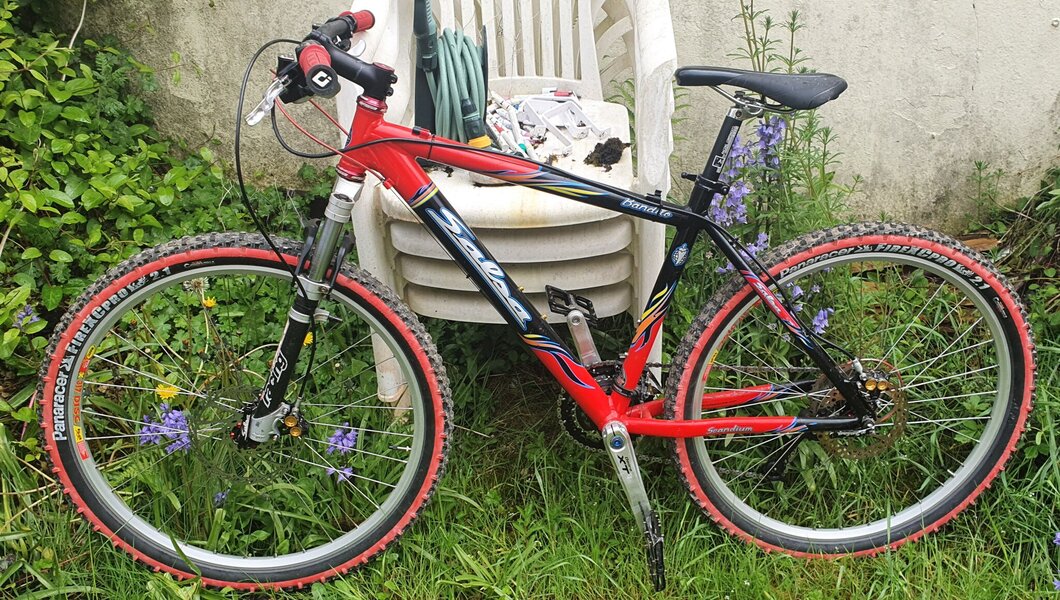 Now upgraded to Hope mono M4 brakes. Loving it.
You must log in or register to reply here.