In 2003 I spent 6 months cycling around Australia and New Zealand. I'd previously toured on a custom Dave Yates 700C tourer, which was a great bike but better suited to more lightly laden tours, so I sold that one (regrettably) and had him build me a new 26" wheel version. I've still got the frame, fork, racks, bars, stem, etc and a few parts, but it's been put away in storage for the last 10 years, waiting for me to have a chance to go touring again! (no chance of that for at least another 10 years though )

I can't remember the exact build spec, but it's something like this:

I don't think I've missed anything!

It was/will be an absolutely brilliant bike - it actually handles better when fully loaded than when not. Going through the centre of Australia when fully loaded with water, the bike plus gear weighed about 60kg. I wore through a couple of rear sprockets, and the middle chainring (which I replaced with a steel one). The rear wheel also needed a new rim and spokes half way through the trip. I've sold a few of the parts on here, but others live on in other builds - the headset is now in my parkpre, the saddle is on my KHS, bottle cages on my caygill... other parts are stored, ready to be used again!

I don't have too many pics of the bike, but here's what I do have: 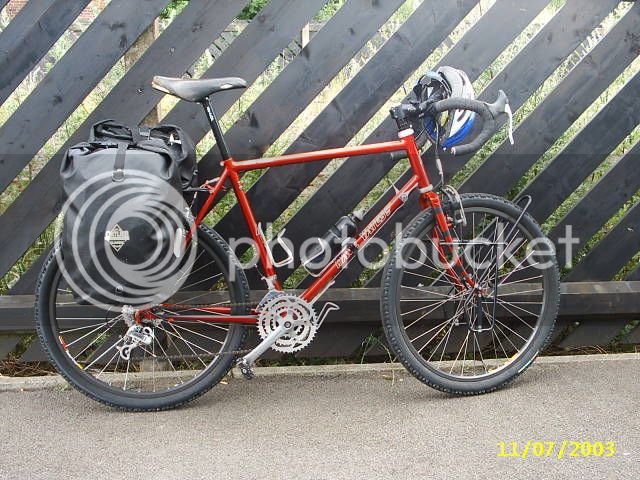 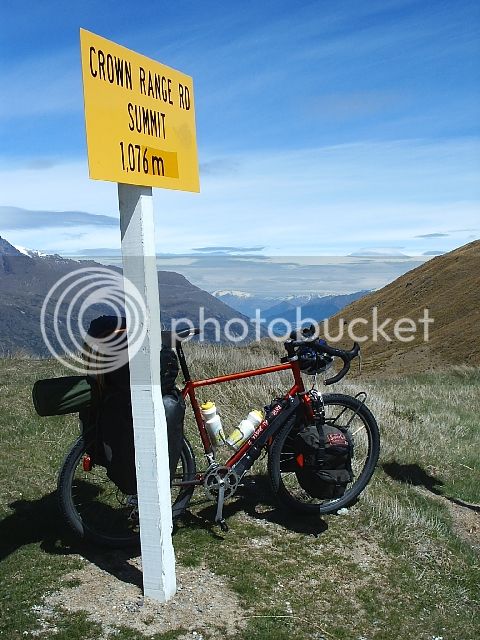 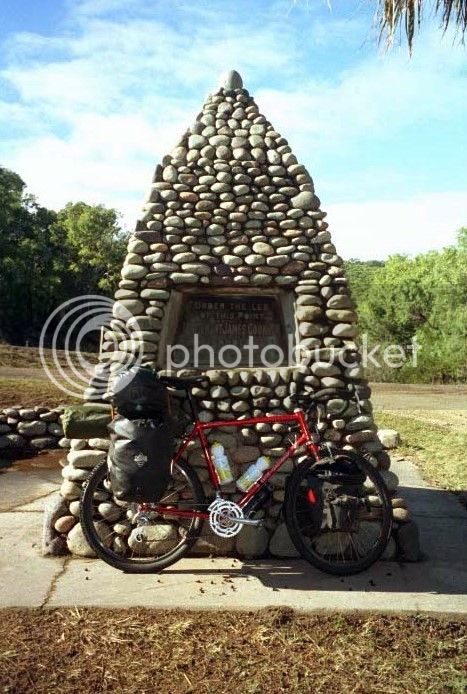 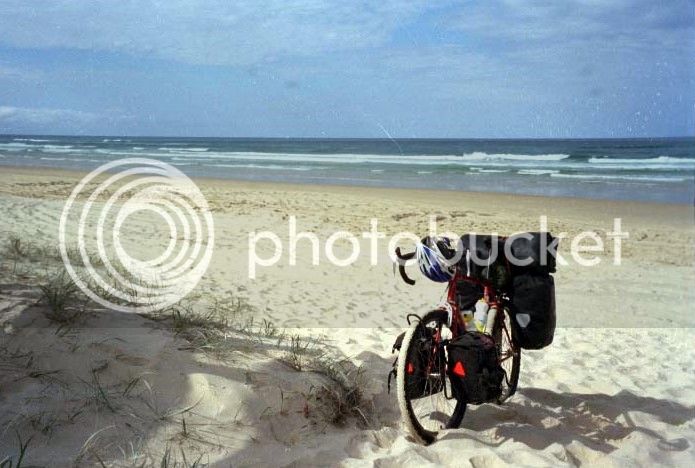 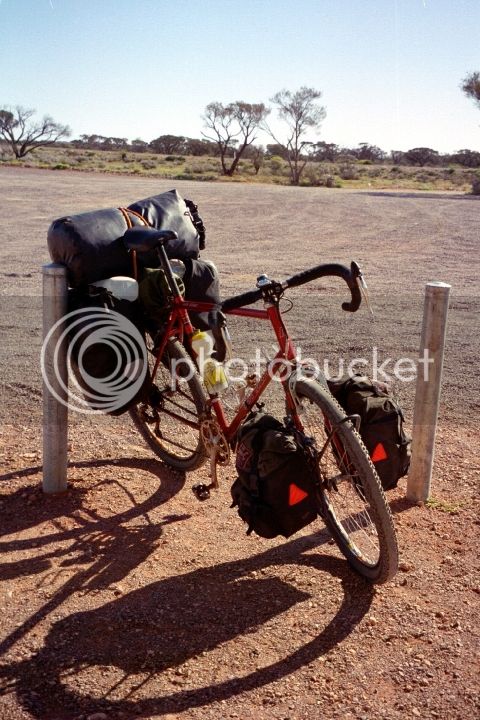 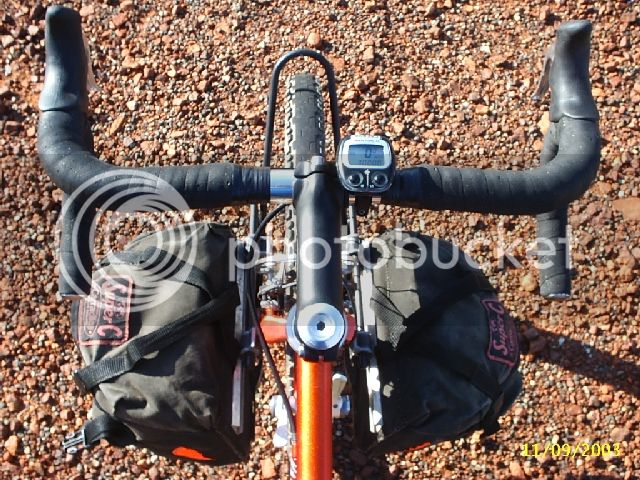 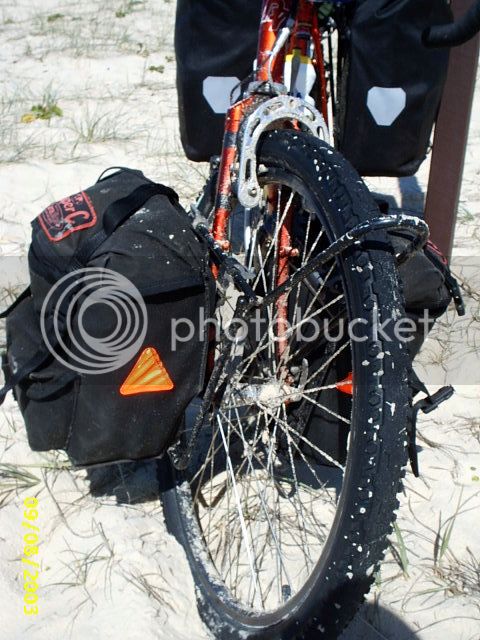 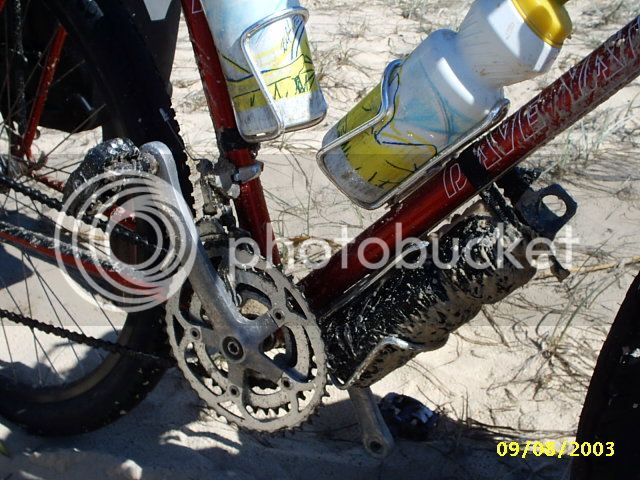 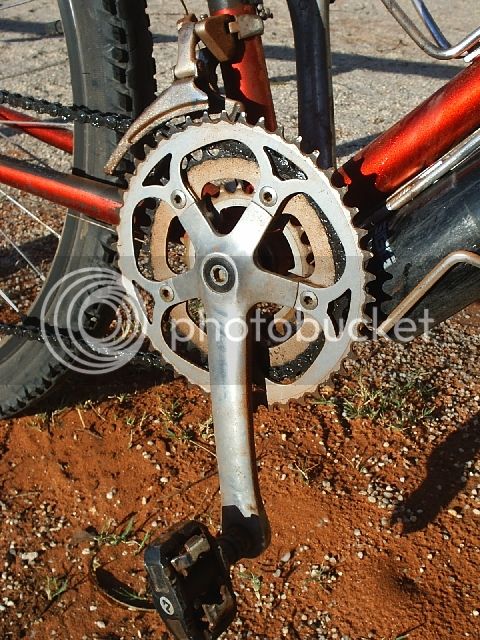 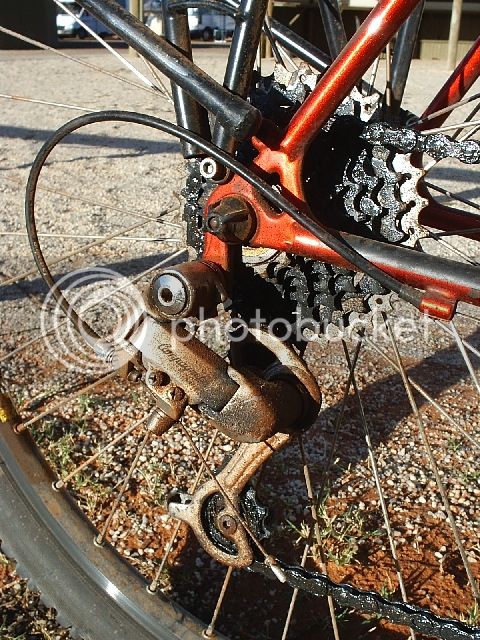 thanks! where are you in OZ? maybe I passed by when I was there!
F

Perth. nobody passes by Perth

Somebody must do, but I didn't :cry:

I still want to go back and do the western half of the country though
Click to expand...

You have a bed over here should you ever make it, but it's a damn long way from anywhere....


Simpson desert on a fatbike would be the go ;-)

Thanks! I'd be thinking more of doing the Perth-Port Augusta-Darwin-Perth loop though...
I

That is ace. I love the idea of touring but certainly don't seem to get the time. My oldest surviving mountain bike (1990) lives on as a tourer/shopping bike.

You should definitely rebuild it.

I gave up my job to do that tour, way back in the good old days before marriage and parenthood put a stop to almost all cycling! I reckon I'll have to wait at least 20 years from now until I can do anything similar

The funny thing is, I mentioned to the missus that I was thinking of selling the frame and fork, and she said no way, I had to keep them!

It was/is a great bike - I can't recommend Dave Yates enough as a bike builder and all round nice bloke!

Foz, that is really cool
The bike, the story, a really nice tale.
Makes me miss home :cry:
Love to hear more about your tour.
I agree with your wife, you cant sell it
and trust me, listen to your wife, I went to sell my Merckx once, I had it from new, and she said we're not that broke, dont do it as once its gone, its gone, you'll regret it. I'm eternally glad I listened :roll: (for once)
(but nobody ever tell her I said that) :roll:

Jamie
You must log in or register to reply here.